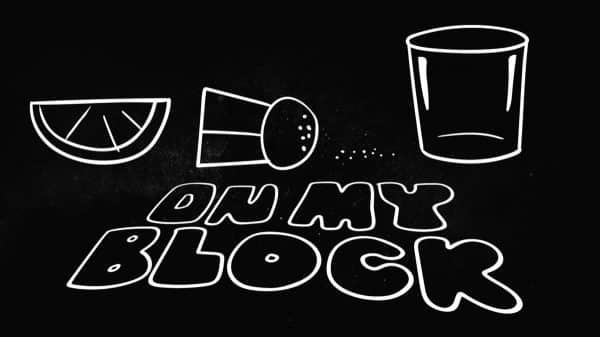 Oscar tries to be the saint Ruby expects him to be, until Ruby says something to incite the Santos and Cesar makes a mistake.

Someone Has To Worry About Your Health: Jamal, Marisol (Abuelita), Rosario

Marisol, Abuelita’s revealed name, is getting arthritis and seemingly the only one who may know, or is pushing her to do something, is Jamal. Now, mind you, Geny works, the father we barely see since he likely does as well, and Ruby is in a funk, so he probably doesn’t care. However, between the money and their relationship, Jamal cares. Hence him wanting to take her to a doctor but with her against that, they go to a Curandera, a healer using natural medicine, named Rosario.

Now, let it be known Marisol does not like Rosario ever since she gave her some bad weed in the 80s. However, she respects her work since her family has been doing it for generations. So with her saying, Rosario, that something which entered her life is cursed, Marisol thinks it is the money. Leading to Jamal, who initially denies it, wondering if that’s true and freaking out.

With Monse going silent for a month, despite Cesar’s calls and texts, he’s feeling a little off. Which leads him to open up to his co-worker Paula and while she, at first, puts the blame on him, then she hears the full story. Leading to, with seeing Cesar all vulnerable, and thinking he is cute, offering to make out with him – if not more.

The problem with that is, even if they are broken up, Monse texts him saying she misses him.

The Return of Ruben – With The Big Mouth: Ruby, Mario, Angelica, Oscar

Since the valentine’s dance it seems, Ruby has gone back into a funk that no one has been able to get him out of. However, when Oscar hears about this from Mario, he decides to use Ruby’s fear of him for good and have him come to a Santos party. Nothing big, just a backyard party and while Ruby originally hates being there, as he gets to organize bottles, and get into event planning mode, he finds himself. He even drinks a bit and starts to loosen up.

However, problems arise when two things happen: The first being Mario and his ex Angelica hook up, and then Ruby, drunk as hell, gets a microphone. Leading to three things actually. The second would be Ruby exposing Mario to Angelica, about him being a dad soon. Following that, the third thing would be Ruby riling up the Santos, with his drunk rapping, and likely ending the truce Oscar made.

In a way, you can’t damn Paula or Cesar for what happened. Cesar has long relied on his friends to tell him he isn’t wrong, isn’t a bad person, but since they’ve known each other since elementary school, it has lost its effect. It’s like the Ruby and Jasmine situation, an outsider telling you it’s not your fault things are bad, and you aren’t a bad person leaves you in a vulnerable place. One which, okay, maybe Paula took advantage of, but it isn’t like Cesar isn’t single? Not everyone can be like Jasmine.

Mario: I didn’t know how awesome my brother was then, but… I do now.

The guys on this show have cried so much or have shown themselves to be, if not vulnerable than someone who would be if they could. Not just Ruby, who is an established emotional person. We have his older brother Mario who is regretting getting this white girl pregnant, Cesar who lost multiple people he depended on, and even Oscar. I’d argue Oscar isn’t proud of his decisions but being that he feels so trapped in the few bad ones he made, he suppressed his feelings of suffering. Hence his investment in Ruby since, like his sacrifices for Cesar, that’s his saving grace. That is how he proves he isn’t as bad as he likely thinks he is and is still able to do real good.

For as much as he gave Ruby an eye-opener, I think Ruby did the same for him. So with knowing his power, even if it is helping someone like Ruby not veer from the path he was on, it’s something. May not get him into heaven but give him some comfort in hell.

Nearly every episode, thus far, has been jumping ahead weeks, if not a month, and I think it has made it so the actions, or reactions, of characters make sense. Like Monse needing a month to get acclimated to Selena, her family, and new friends, it makes sense. Especially since she grew up in the hood and now has to deal with culture shock. Something I wish we got to see but with it only being a month, I’m sure, even as smart as she is, she hasn’t fully acclimated.

Realizing Jamal Is A Care Free Black Boy, And Marisol Supports That

It’s easy to forget that Jamal is privileged. His parents have a profitable business, and he is an only child who seemingly is appeased since he isn’t a bad kid. A weird one that neither parent necessarily gets, but they accept him. Yet, acceptance isn’t enough. The crew accepts Jamal, but no one gets him but Marisol. And while you could easily have the perspective of seeing him as selfish, when it comes to her getting better, it is also because she is all he has.

Again, noting how everyone is paired up, with us seeing Cesar live with Jamal you are forced to see how many put up with Jamal and accept him despite of. Meanwhile, Marisol actually listens to Jamal and will go out of her way to get help. In season 1, she supported his Rollerworld dreams, and I can’t let go when he said they should shake on it, them dancing instead of shaking hands.

To me, Marisol is the only one who supports Jamal being his fullest self and not watering it down to make other people comfortable. If not making his scream and act even more extra since that might be the only way he knows how to get attention. For while he might be privileged and carefree to a point, being someone carefree without someone else with the same attitude is a lonely experience and makes what feels natural to you seem unnatural if you want to be able to function in society.

Luckily, for his arm pain, Ruby didn’t get addicted to drugs to numb his physical pain or emotional. So with drinking being connected to him feeling like his old self, one could only hope that isn’t going to be part of his routine. After all, let’s not forget, damn near every one of the crew is 14 at a minimum, 15 at most.

Add in Ruby’s family may or may not have healthcare, and are religious, it makes the idea of therapy iffy. So in lieu of that, drugs and alcohol are a possibility. Which, admittedly, I wouldn’t be surprised if one of the characters got into it, but there is such a need for Ruby to be protected that to see that happen to him would hurt too much. Even if he is a fictional character.

Realizing Jamal Is A Care Free Black Boy, And Marisol Supports That - 88%