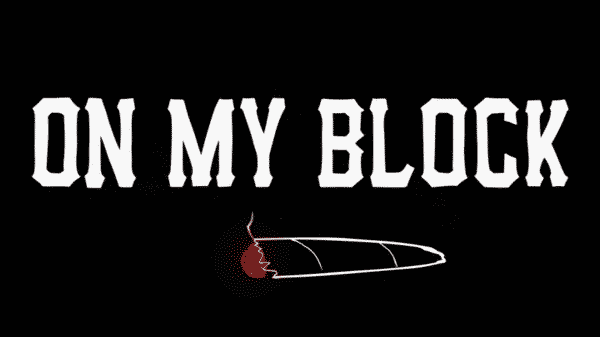 Cesar learns what it will take to keep having precious moments with his brother as Monse takes an opportunity to get to know Julia better.

With all that Cesar is going through, despite it being two days before Olivia’s quince, she can only think of him. Even when a dress Ruby got from Etsy arrives and is horrible. Luckily for them, there is Abuelita. However, unluckily for them, Abuelita, a dressmaker all her life, as noted by her work with Jamal, wasn’t asked and is insulted. Yet, she can be bribed – Abuelita isn’t heartless you know. So, Olivia and Ruby present to her a spa day. One which, after it is done, she plays the kids into thinking she is just going to go to bed right after and not work on the dress.

BUT, it seems she probably finished the dress long ago. She was just waiting on them to ask about or for it.

Abuelita is such a gem. Though, I do wonder how come the twins and Ruby’s parents have pretty much been demoted to extras at this point. We see them get a few lines in but Abuelita is the only one consistently seen and has meaning. I wonder how that decision came to be.

In Pursuit of a Better Life: Cesar, Oscar, Jamal, Chivo

Jamal, after pretending to be Chivo’s nephew, he gets access to his keys and begins his search. Of which leads to learning Chivo did kidnap Juanita and finding a new clue from Lil’ Ricky. One which ends up leading Jamal to the fortune.

Meanwhile, same day, Oscar and Cesar have a brothers day out. They got to the beach, eat, Oscar offers a gun to Cesar to end Latrelle – you know, just cute family bonding time. Though, jokes aside, we do learn Cesar’s plans are currently to be an architect and if it wasn’t for their mother being so unreliable, Oscar would have went to a magnet school and a culinary school. Yet, here he is on a different road because the family they were born into. One he seemingly didn’t want Cesar to get caught up in. Which I only say since he hid their mother’s issues from Cesar. Pushing this idea that a lot of what Cesar may have assumed, it might not be true.

Jumping Cesar in might have been for protection while he is in the hood. But, so it seems, he might be perfectly fine with his little brother spreading his wings and flying. It’s nice to dream.

Anyone else find it weird that in the whole investigation for the stole stuff, no one checked on Chivo? Granted, he is special, but he also owns a plant nursery. That means he has all the tools to bury the money, as long rumored. But, another thought which comes from this is how the money will be handled. All things considered, if the money was given back to the Prophets, in an ideal world, wouldn’t that mean a large part of what caused the beef between them and Santos would be over? Again, I know it isn’t going to happen, but it isn’t clear yet whether this show will stick to idealism or lean towards viewer expectations.

That aside, as much as Oscar is a pedophile, [note] Which I mention strictly to remind myself and you he isn’t a good guy dealt a bad hand[/note] you have to admit watching him and Cesar’s bonding was cute. Especially since it clued us into the dreams that not just Cesar has, but also the dreams deferred by Oscar. Someone who has been talked about almost like he was raised to be a Santos and that is all he wanted to be and knew. Yet, this opens up more layers to him.

Though, despite him talking about his dreams, you have to wonder if he gave up on them officially yet. Especially since, after this nice day with his brother, this is followed by him handing a gun to kill Latrelle with. So was all this fluff and dreams, and then Oscar hitting Cesar with reality to wake his behind up? To end his dreams, like his did, and accept the situation at hand?

Is She or Isn’t She?: Monse, Cesar, Julia

With Julia making a Facebook post asking about needing a babysitter, Monse puts in for it and gets the gig. Leading her to be in Julia’s quite nice house and meeting her two kids. Of whom, naturally, Monse tries to dig information out of. Such as trying to learn their family tree but they shut her down. So, she has to get the information she desires from the horse’s mouth.

In her conversations, she learns Julia just got back from New York to have a chance of scenery, has been to France before, and she claims to have only two kids. Between that and saying she isn’t from Freeridge, that puts a damper in Monse’s assumption. However, for us, after Monse cries about while seeing the kids get red a bedtime story, and being directed to the bathroom to wash her face, Julia sees Monse’s phone ring. With seeing Monse’s dad’s face, she realizes and decides it is time to pay some back child support. Which isn’t outright said but for watching two kids while Julia is in the other room, even if Brentwood is an affluent neighborhood, you wouldn’t pay $100+ for that.

But, luckily for Monse, on top of this payday, she also gets some alone time with Cesar. Someone who officially cheats on Olivia.

Julia avoids answering the question of why she left but with realizing who Monse is, she thanks her with money. Now, I get it was probably shocking but the decision to just give Monse a whole lot of money and then just end things there was more awkward than the situation. Especially because she gave Monse so much money rather than maybe go a little over and try to make plans to do that again – with a set time and date.

Because, really, you just saw your daughter you left 11 years ago and this is how you react? Not to discount her crying and guilt but, it is one of those situations you probably couldn’t understand unless you’re in it. Which is my struggle here. Trying to figure out how a person would handle being tracked down and dealing with the fact your life is wonderful and they are basically where you left them.

Switching to Cesar, it seems each episode, from here on, may take place over a day so when in the next 48 hours will he break up with Olivia? Or will he have Olivia and Monse be his girls as Monse goes back to, once again, pushing this idea of keeping the fam together through mutual suffering?

Ain’t no future if you don’t handle your present.