We jump to the teen years and as the girls get a taste of being seen as women, neither one seems fond of what that brings.

When Girlhood Is Over: Elena, Lila,  Michele, Marcello

We transition to the teen years and with that comes changes. Not just the girls getting their menstrual cycles but how the boys act as well. Take the Solaras sons Michele and Marcello. In their car they seem to randomly pick up girls, take them somewhere and have the nerve to call them sluts after. Mind you, they don’t outright drag the girls but what ability they have to make a scene? Especially considering, with Don Achille out of the way, they are the strongest family in the neighborhood. Embarrassing them could mean big trouble.

But, on top of the girls getting their period and boys gaining apathy and stupidity, there is a growing distance. Elena is the first to get her period, is still in school, and Lila is falling behind. She still reads veraciously, can still be considered a better student, but isn’t in school to prove it. Leading to her choosing to hang out with the other girls who work rather than go to school. Thus forcing Elena to become her own Lila and take that spirit and make it part of her own. It seems the tides have turned. Lila was ahead of the curve for most of their childhood but now she is falling behind. She didn’t get her menses first, Elena is getting further in her education, and now the power dynamic has begun to shift. Something you can tell bothers Lila for the power and influence she has is all she has. She isn’t rich. Outside of Rino, no one in her family is willing to go to bat for her. So her position in the community, in her friendships, that is what keeps her head held high.

Not to say she doesn’t care about Elena. It is just, as things shift for them, and there is a need to reevaluate what they are to each other, there is some fine-tuning needed. After all, Elena was once the one in awe of Lila. She was an artist, the writer, self-taught, and yes Elena may have bested her in grades, but that’s because she busted her ass to do so. Leaving the question, if there isn’t a friendly competition, just routine, what does that make of their friendship?

Middle school gets a bit rough for Elena. Without Lila there to push her, she begins failing classes and with that, Vittorio, and especially Immacolata, are ready for her to leave school and work. However, upon discovering Lila is studying while she works, and the two of them reconnecting again, it seems Lila becomes the tutor Vittorio couldn’t afford. Leading to, upon Maestra Oliviero discovering Elena went from being the bottom of her class to the top, besting even Alfonso, her to push Elena’s parents to let her go to high school. Which she succeeds in while pissing Immacolata off in the process.

However, Lila also gets a bit of a victory when Elena notes she has continued to study. Also, during an awards ceremony at the library, with her family’s name read off, making it seem they are well read but poor, this stuns Maestra Oliviero. Showing that her pompous ways don’t always lead to the best advice or opinion. Even if, in truth, Lila was just borrowing books under her family members’ names. 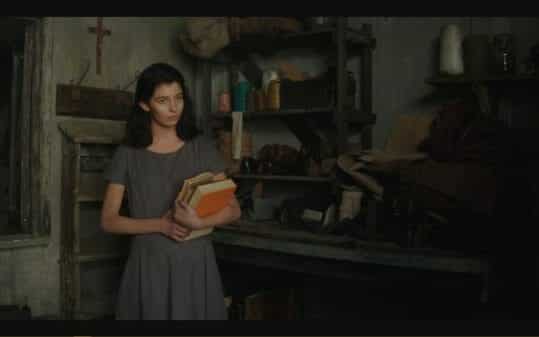 I both love and hate the Maestra. On one hand, you have to love that she is this feminist who supports and advocates for the young ladies who she knows can go far in their education. Yet, you have to hate the fact that she, alongside a good part of the teachers it seems, will dismiss a person with prejudice. Especially if they struggle. The way Elena’s Latin teacher was seemed to be very little about students learning and more so just being glad she has that job vs. menial labor. Making you wonder, considering Lila got Elena from a F to a A, just by changing how she was taught, will she become a teacher?

Think about it. Lila is a self-taught child and while she can be as mean as the Maestra, she could also be an advocate for those who don’t have natural academic talent. You know, those who are working class like her but still loved to learn. Especially when they had someone patient and didn’t hustle their parents for tutoring sessions. You know, because they are terrible instructors when they have a room full of kids and would rather steamroll than adapt.

Not to forget this was a different time. Surely the goal of that day and age was you being able to read, write, and do basic arithmetic. Anything beyond that was likely seen as showing off and a waste of time. Especially for girls because they’re in the age of when your mom had 3+ kids. So between the work which needed to be done around the house, helping with the siblings and then helping to get extra income until you get married, they are at a great disadvantage.

Hence the Maestra’s snootiness for it is easy to get caught up with boys, family obligations and put school aside. Plus, who knows how easy it is to take a break for a year or more than go back to school. If people even did that.

Taking note of Maestra’s attitude, it has become clear that men are not to be trusted much. Take Pasquale. He seems to have a interest in Elena, which boosts her confidence because puberty is kicking her ass a bit. However, it becomes clear who he is really interested in is Lila. Probably not knowing he isn’t the only one. But, there are others interested in Elena. With her being one of the first to grow a bosom, guys like Michele and Marcello also have interest. This leads to Lila having to step in and perhaps finding a new way to have power in her and Elena’s relationship.

How you might ask? Well, by being her defender. After all, as seen by Pasquale making her feel smitten, it may not take much for Elena to get a crush and she doesn’t speak up much. Like many, if something happens, she just watches and is glad it is not hurt. Lila is different. Marcello tries to do his usual push, until the girl is in the car, but Lila pulls a knife on him. Leaving him intrigued, more so than scared, for maybe Lila reminds him of his mom a bit.

Those two aside, there are allies in this battle of life. Like, actual allies whose allegiance won’t depend on eventually getting a kiss, seeing breast, or getting in a girl’s panties. As of now, the sole one that applies to is Rino. Someone who, with Lila’s brilliance, is making a man’s travel shoe with the goal being eventually mass producing them and becoming rich. 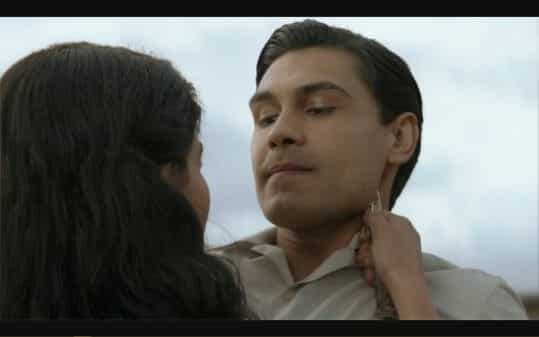 One of the biggest reasons I like this show is it combines what we got in Boyhood, with seeing characters age over time, and it presents a different perspective of girlhood and womanhood for the time period it touches on. More often than not, women we see in the time period are like Elena or her and Lila’s mothers. Those who are either quiet or long suffering. The type who never really had autonomy and, at best, tried to be the good girl until they came to a point of being sick and tired of being sick and tired.

With this show, things get shifted. The hat is tipped to the women we are widely familiar with but they aren’t the big time focus. We focus on Lila and Elena and especially Elena latching onto Lila since it is clear she is something special. Special in a way which seems normal to us but a girl and her brother working on a show company? A young woman who is willing to put a blade to a man’s neck? One whose education doesn’t take place in a school but she is nearly as smart as those who go to school throughout the week and get tutoring? Without a doubt, Lila is a inspiration.

And let’s shout out the casting people for there was a serious fear that, as the characters got older, the new actresses wouldn’t keep up the same energy. If not, as the character morphed because of what happened when they were younger, they wouldn’t have the same presence. That wasn’t a problem here. Girace makes the perfect Lila and is neither better nor worst than her younger counterpart. Same goes for Mazzucco. Does she give us a different Elena, because Lila isn’t as active in her life? Yes. Yet, you don’t feel like the quality dropped just because changes were made.