Josh and Megan meet face to face for the first time in over a year at a funeral and catching up leads to digging up old skeletons.

The Last Night Of A Man’s Life, Authored By Josh – Josh

With Dax spending his last night with Josh and Victor, but only Josh ending up at Dax’s funeral, he fields all the questions and the awkwardness of how Dax died and if he was happy. This creates a sense of anxiety within Josh that makes it so he finds a need to escape. 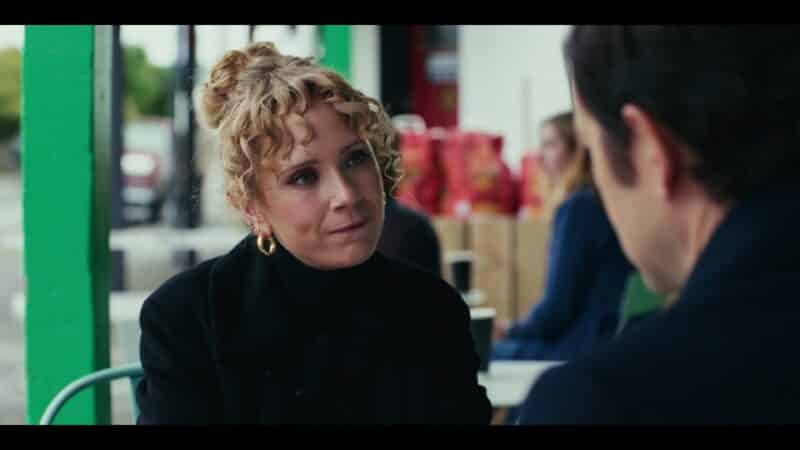 But what could be worse? Would you rather talk to the family of someone you barely spent time with but have to pretend you’re close since you were with him the night he died or spend time with your ex? For Josh, he’d rather spend time with his ex, Megan, which is awkward. Granted, he tries to keep things light and avoid the topic of dating and things like that, but Megan likes to push things. She talks about her dating, creates a very awkward situation in a grocery store, which makes it seem like Josh could be a perpetrator of domestic violence, and doesn’t shy away from how weird the situation is.

However, things get heavy when they go to the home of Megan’s parents, Cheryl and Frank, where we see Frank be self-deprecating and Cheryl? Oh, she is a mess. She is the kind of person who seems lonely, despite her husband’s presence, and who vomits on herself, which appears to be a common occurrence. But that’s not all that happens. Cheryl exposes that Megan’s album, which she claims is done, may not be and talks about how she wished Megan and Josh got married and everything no daughter would want to hear, especially with her ex right there.

Do you think it got worse? Well, if you said yes, you would be right as Josh joins Megan in her room, and while she rejects him, the door is open to talk about why they broke up. The gist? She felt abandoned when Josh decided to focus on making a life for them that would allow them to have a family rather than continue to pursue their musical aspirations.

Then, as he got serious about having an everyday job, he didn’t support her continuing on her own and made her feel dumb for continuing. Which ultimately pushed the idea he wasn’t trying to become more stable for them but himself, and it seemed this created enough ill feelings for her to decide it should just end.

I’m happy to think about it and not talk about it.
— Josh

Megan and Josh Seeing Each Other, And Talking, Was As Awkward As You’d Expect And It Should Be

Seeing an ex is not always a pleasant experience. For Josh, it seems clear there wasn’t closure as much as him being told it was over. Then, regarding Megan, it seems she exited the relationship because she didn’t see it getting better and rather divest than double down and go through couples therapy or something else. So for both, you can see the relationship ended because it was getting too hard, and they didn’t communicate, rather than becoming toxic.

But, it seems at this point, there is a desire to form of friendship. At least Megan seems to want that. Josh, I won’t say he has moved on, but he’s torn. He wants to move away from the sway Megan has, yet considering she presents the last time he was genuinely happy, he wouldn’t mind revisiting that. Heck, even if he knows it would blow up in his face.

As for her? It might be a similar situation. He was the last person she got close to, and with six years making music, making love, and being entangled, it is difficult to undo all that. Yes, you can create space and be absent, but that doesn’t erase the memories, the growth you associate with them, and the long-term effects they had on your life.

And you can see in every bit of their interaction the desire to resume yet not to address what made them stop in the first place. Which leaves both Josh and Megan in this weird place. One that is familiar, comfortable to a certain point but doesn’t feel like home anymore. Rather, they are welcomed guests in each other’s presence, unsure when they will learn they overstayed their welcome and need to leave. Mr. Corman: Season 1/ Episode 6 “Funeral” – Recap/ Review (with Spoilers)
Trajectory: Plateau
With the often referenced Megan finally appearing and interacting with Josh, we have gotten to peer into his life beyond the present and get clued in to a person who dramatically shifted his life. Which it seems we’ve only begun the process of uncovering the issues that led to their demise.
Highlights
Megan and Josh Seeing Each Other, And Talking, Was As Awkward As You'd Expect And It Should Be
Disputable
83