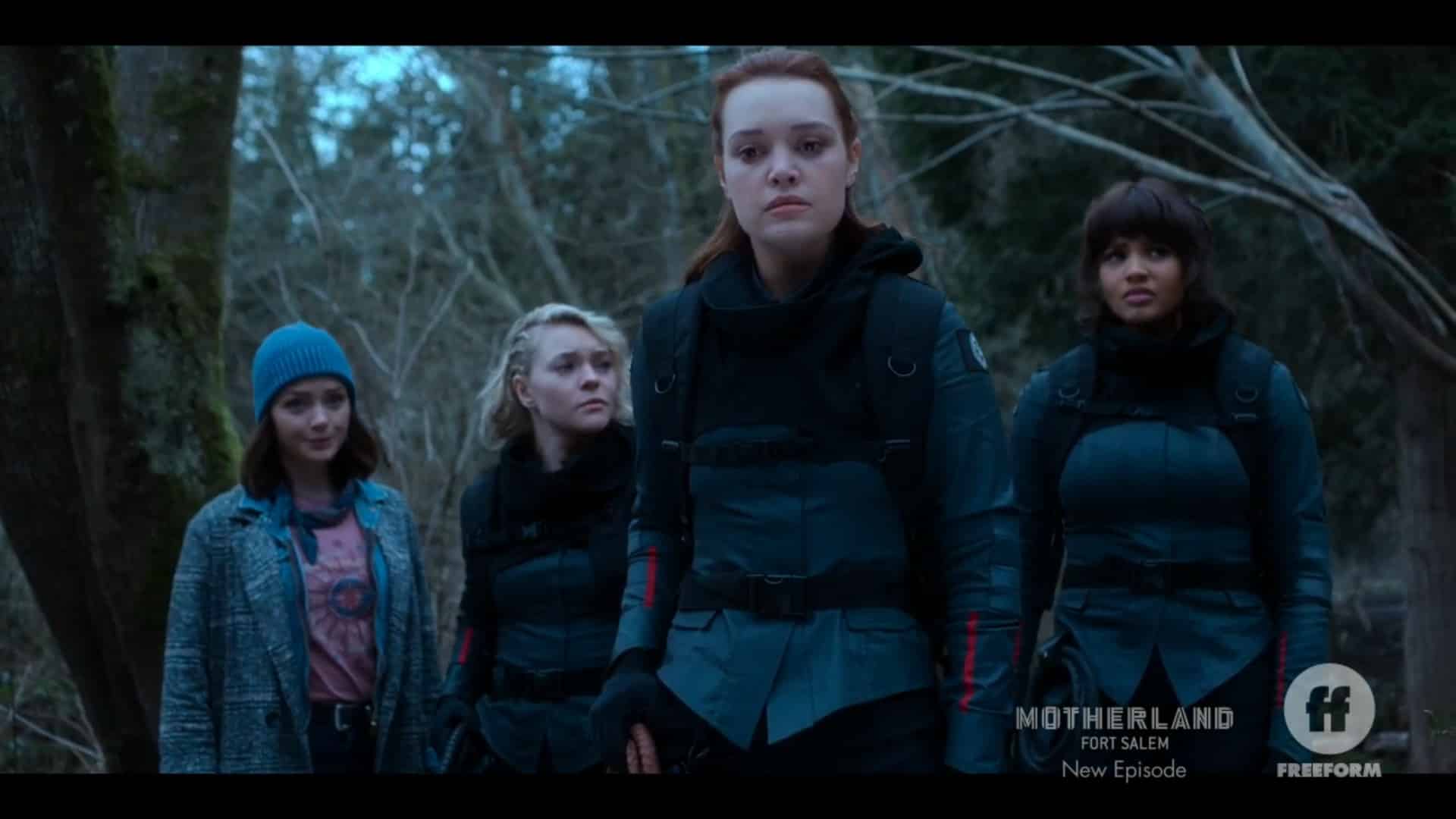 As the Bellweather Unit is tasked with capturing Nicte, so comes the question if these 3, who barely started War College, could take the founder of the Spree?

After her mother embarrassed her in front of the family, it seems Petra has made it imperative to rise in rank and become the general of the army, not just a general in charge of intelligence. So, to embarrass Adler, she takes note of Tally talking about Nicte and asks for the full details. This informs her that, despite Adler wanting Tally and her unit to kill Nicte, the best way to handle this is to capture and interrogate her, to potentially expose Adler.

Out Of Your League – Scylla, Tally, Raelle, Abigail, Nicte

Once the reunion of the Bellweather Unit is over and Abigail and Scylla butting heads, it is accepted that Scylla is needed to take on Nicte. Thankfully this was agreed to since the work Nicte uses, which employs bats, killed off all the senior members who joined the Bellweather unit.

Now, why were only three senior officers sent, considering all we know Nicte is capable of? That’s beyond me.  However, what is clear is that Scylla knowing and understanding the works that Nicte uses is the only thing that kept Tally, Raelle, and Abigail alive. For between Nicte nearly causing Tally to choke herself, Raelle cutting her own throat, and Abigail with the legendary Jem Bellweather work nearly killing them all, Scylla makes herself beyond useful.

However, even Scylla is susceptible to works and ends up caught in one that leads to her, Raelle, and Abigail facing off in the cabin Nicte used for her off-canon magic, which nearly killed Adler. Tally, on the other hand, since it seems she doesn’t hold any ill will towards her friends, didn’t get caught up. Thus she finds herself facing off against Nicte and breaking Nicte’s spell since Nicte can’t fight Tally while having three works in progress.

And I Would Have Gotten Away With It Too If It Wasn’t For Those Meddling Kids – Nicte, Adler, Petra, Raelle, Tally, Abigail

The way it appeared, Tally eventually defeated Nicte and was ready to take her back to Fort Salem. This, as you can imagine, was a major victory for Adler, who was shocked Nicte wasn’t dead, but with Petra making it clear she changed plans, Adler had to save face due to the number of people around and who they were. However, with noticing Tally isn’t doing the stomping and all that most do when praising Adler, Raelle and Abigail see something is off. But what ends up tipping them off is Nicte, stupidly, noting what she is about to do, and with that, she lunges, Abigail stops her, and Nicte ends up exposed.

How Adler Is Handling People Testing Her

It’s open season on General Adler. Nicte, after all this time, has tried to kill her on at least two occasions. Petra has begun to undermine her again, likely with the goal of usurping her, and even cadets are testing Adler! It is funny to watch in some ways, but it is also a sign of how much respect for Adler’s legacy and position has fallen. Which does push the idea, by the end of this season, if not season 3, Adler being in the position she is seems unlikely. 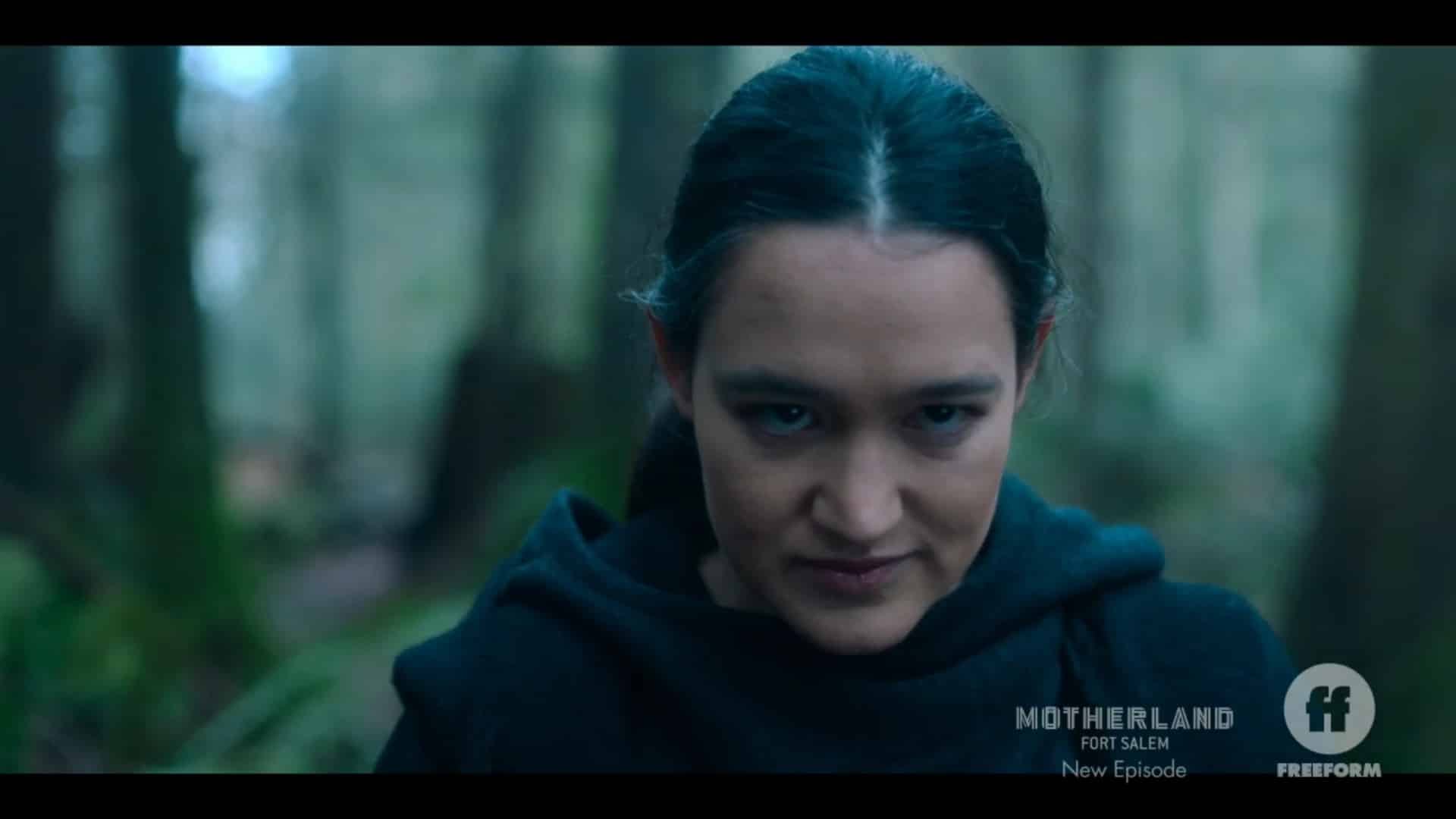 Is it strange, after all these years, Nicte was stopped by one cadet soldier? Absolutely. She can do remote work that can kill nearly three people, yet was foiled by one soldier. Yet, despite that, Nicte is honestly the most compelling villain of this entire season, maybe series. Though, considering the Camarilla haven’t established compelling leadership, who is her competition? And while being willing to sacrifice children, and use the Witch Plague, makes them devious, I can’t name one member of their organization who has been developed or comes off interesting. Especially in comparison to Nicte and her organization.

Motherland: Fort Salem: Season 2/ Episode 8 – Recap/ Review (with Spoilers)
Trajectory: Plateau
Something about the Bellweather Unit stopping the plans of Nicte, who has been doing magic longer than they have been alive, rubs us the wrong way. However, Nicte is the most interesting villain, perhaps the show's only active and consistent villain, so focusing on her isn’t the worst thing. Though we do hope they don’t continue to undermine her like they are Adler.
Highlights
How Adler Is Handling People Testing Her
Nicte
Disputable
82
Subscribe to our mailing list Follow Wherever I Look on Twitter and Instagram, Like us on Facebook, and Subscribe to the YouTube Channel.