As the change of the guard completes, a new threat to the Bellweather Unit upends whatever trajectory you thought they’d be on.

As Witch Plague spreads throughout Fort Salem, it forces compromise and new abilities to develop. Regarding compromises, it means Petra needs Nicte to fight on her side and releasing Nicte from the binding that kept her from using magic. In terms of new abilities, Tally comes up with a way to break the Camarilla’s scrambler with a work, and Raelle finds a means to temporarily fight off the Witch Plague.

But all that the Bellweather unit, alongside Petra and Nicte have done is slow things down. For alongside the Witch Plague is the Camarilla, and they are merciless. Yet, in their lack of mercy, they awaken Khalida’s willingness to use her magic. Thus, to save Adil, she melts a human body like it is nothing. Also, because of their invasion, Adler finds herself back in action, with Anacostia by her side, and fighting her last battle as the Witch Plague takes out her biddies and forces Adler to become the age she actually is. 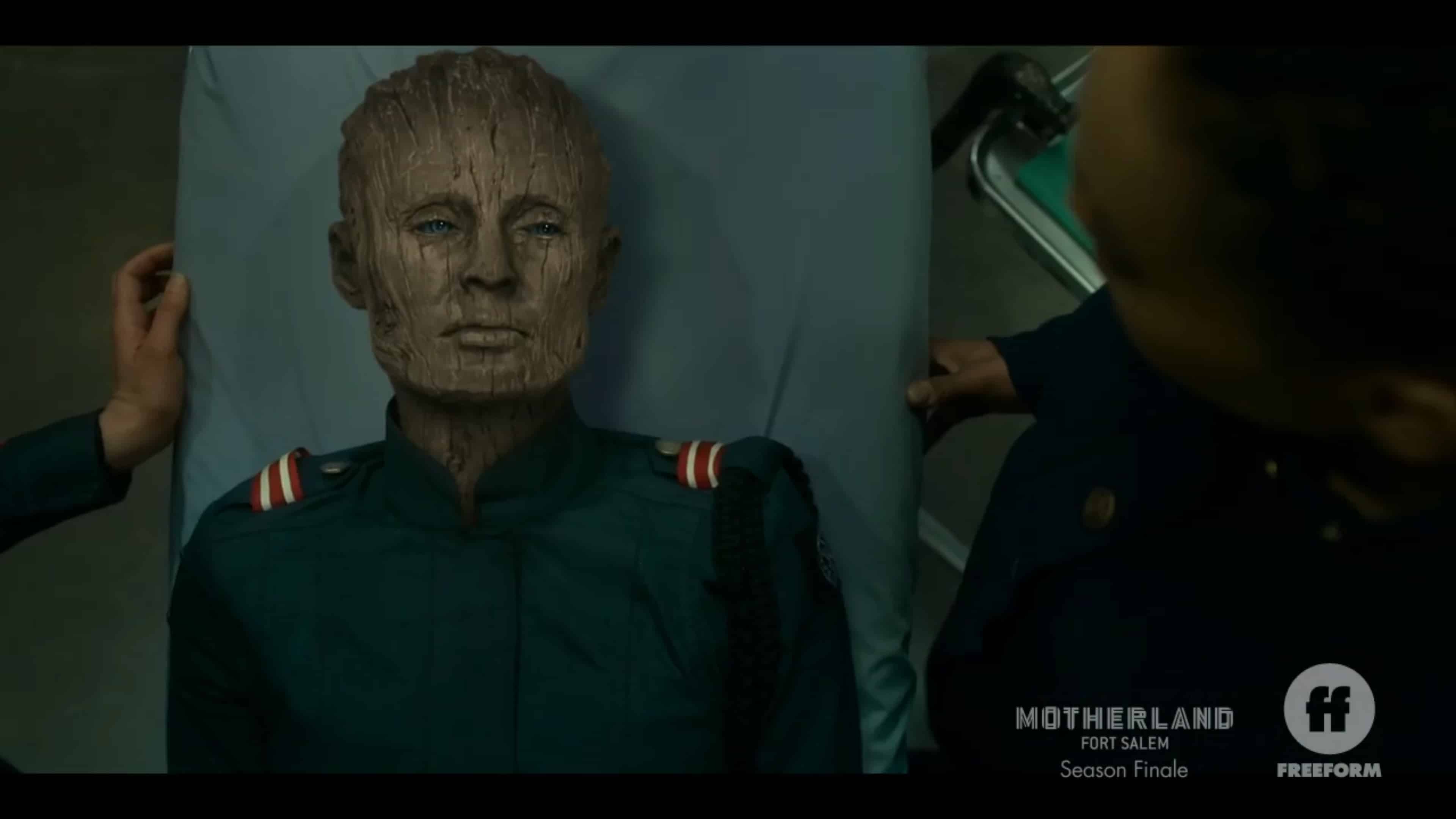 At this point, it seems clear this can’t go on forever. Either Alban is going to get his wish and destroy Fort Salem and the witches who exist there, or there has to be a way to destroy the Witch Plague wiping everyone out. Well, thanks to Tally, the source, the center of the Witch Plague is found, but it is unfortunately Penelope.

The death of Penelope was caught on camera and shown across the world. Because of this, VP Silver finds himself in the position to be a sympathetic figure as the populace, with little understanding of Witch Plague and the Camarilla, only see a group of witches, the Bellweather Unit, kill the daughter of the Vice President. Thus, the Bellweather Unit is brought up on murder charges, and with President Wade desiring to set an example, no amount of storms or goodwill seem to get Petra anywhere.

Yet, it should be noted, back at the base, M and everyone else who survived sees them as heroes who made a tough decision. But with VP Silver having the head of the Camarilla in his ear, promising him the presidency, it seems the Bellweather Unit could suffer a similar fate to Nicte, who is going to be handed over to civilians.

Oh, and as for Adler? With her stubbornness about death, despite no biddies to support her age and injuries, all she asks for are final goodbyes and joining the Mycelium. A place where, after she is accepted in, it seems she is reborn.

As Nicte and the Bellweather Unit are being transported for judgement, Khalida and Adil, alongside Scylla and Quinn, stage a disruption to the transports journey, and using Scylla’s new ability, they free the Bellweather Unit and Nicte. Not too long after their freedom is secure, Anacostia and Petra arrive, and it is made clear that the Bellweather Unit will be on the run, with Quinn and Nicte responsible for the children. Nicte seems to have no problems with this, especially since she has grown quite close to Tally and has started forming relationships with Raelle and Abigail.

However, it isn’t clear what this could mean for Petra’s new regime in the long run, as it was made clear she didn’t agree with the president’s decision. But considering this means Nicte getting to stay and likely teaching the ladies her Off-Work magic, combined with seeing Adil and Abigail together, alongside Raelle and Scylla? Fans are in for a hell of a ride during the third, and currently final, season.

While General Adler was replaced in the military by Petra, I’d submit Nicte is replacing Adler in terms of importance and mentorship on this show. Now, this isn’t to downplay what Petra could offer, but I think at this point, the military has pretty much shown itself as being overtly lenient with the Bellweather Unit. Making it so, while the ladies have much to learn, it seems their potential is stifled by the Army, and their desire and willingness to rebel makes it so them running off with Nicte is perfect.

Mind you, not just because of President Wade and VP Silver, and whatever needs they have to make it seem the witches are under their control. Rather, as each member seems to join Raelle’s original position of feeling the Army can’t serve them anything but death and a loss of control, it makes them being under the tutelage of the Spree and those who left or evaded the military a big deal.

Especially since, with General Bellweather beginning a new era and Nicte still thinking of revolution, it could mean the one thing that allows the witches to be subjugated having to come to an end: conscription. That is how humanity has controlled witches and forced many women to hand over their children with little to no choice and keep witches from the larger part of society. 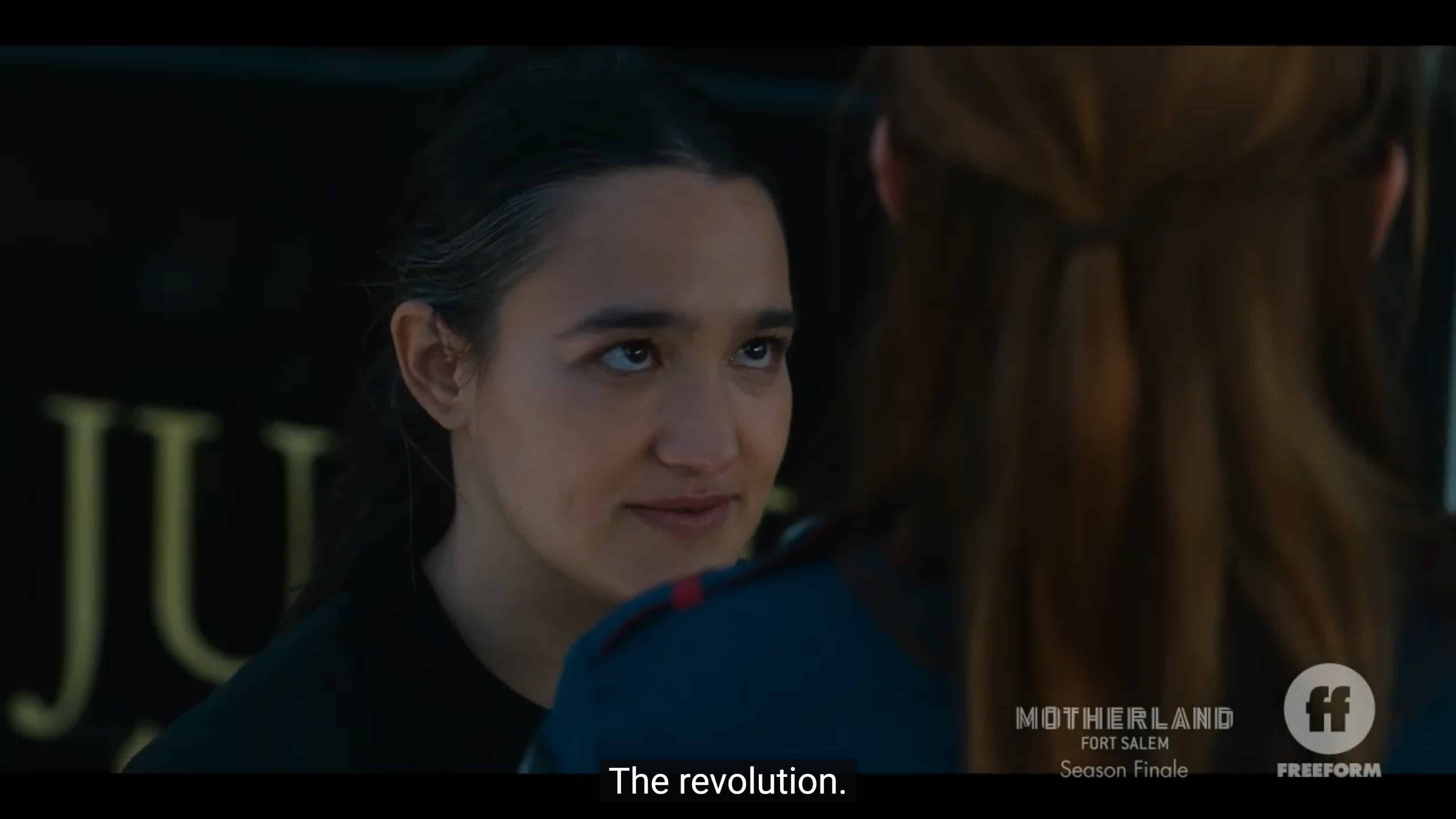 So one can only hope, as Nicte’s influence seeps in, the ladies find themselves not only fighting the Camarilla but continuing to fight traditions Adler put in place for survival but didn’t allow witches to truly thrive.

The Camarilla, and their partners, remain very much in the realm of villains more notable for doing bad things than the people who made the decisions. Alban is forgettable, in every which way possible, and could just as easily be the villain on a soap opera. Then with VP Silver, between the writing and performance, you just don’t get any sense of complexity there.

All these two provide are something to fight against, symbols, not actual people you love to hate or even despise, because it is never really about them, their thinking, or personality. Their actions speak for them and are the only thing you are asked to focus on. The feeling of seeing them, repeatedly at this point, go after and sacrifice children. Which has lost its luster and seems so cheap that they minas well kick an old dog to show how evil they can be. 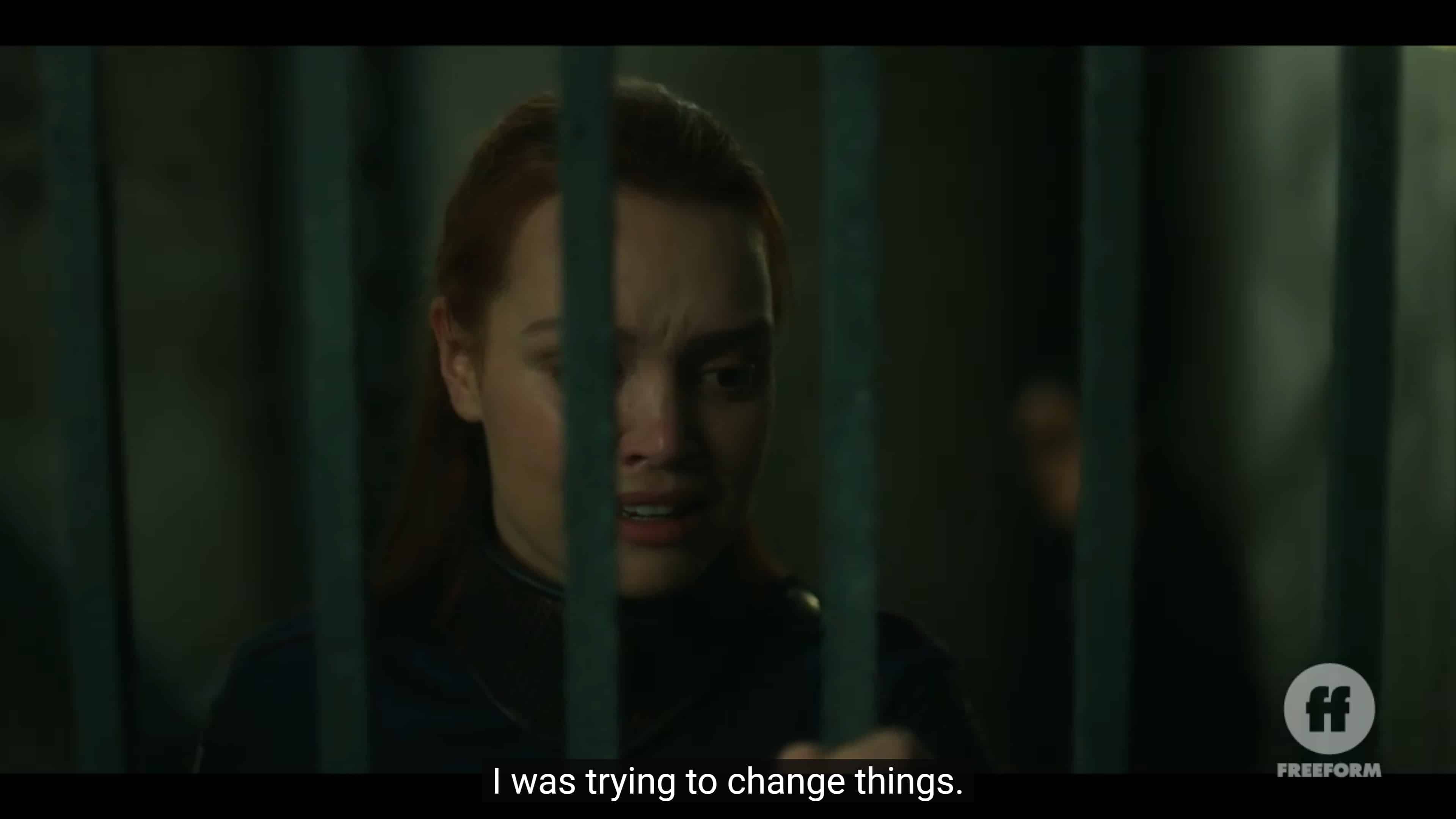 Motherland: Fort Salem: Season 2/ Episode 10 “Revolution, Part 1” [Season Finale] – Recap/ Review (with Spoilers)
Trajectory: Plateau
While Motherland: Fort Salem continues to have a villain issue, that is on-brand, considering that it plagues many of the House of Mouse's properties. However, while season 3 has that issue to contend with, Nicte getting to further influence the ladies and perhaps get them to understand the Spree's ultimate goal, and maybe bring it into fruition, will give us a hell of a 3rd season.
Highlights
Nicte & The Revolution
Disputable
Alban and VP Silver Are Weak Villains
77