As men come around, and what is called the “Beltane” begins, someone from Scylla’s past threatens her relationship with Raelle. 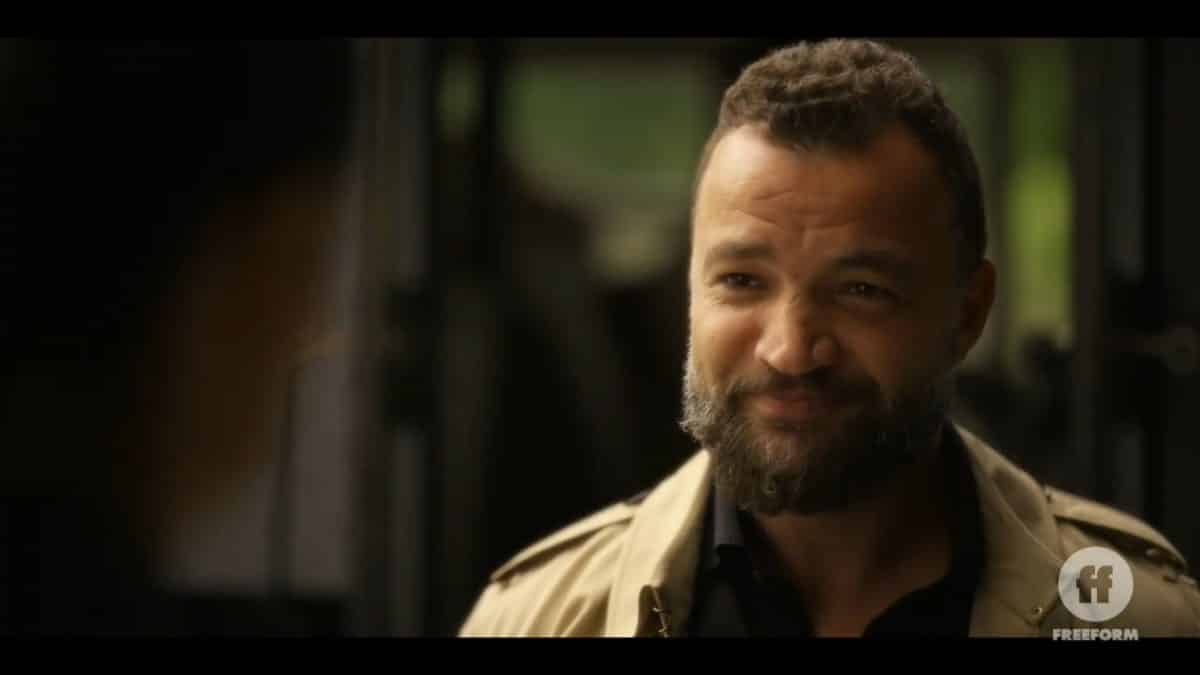 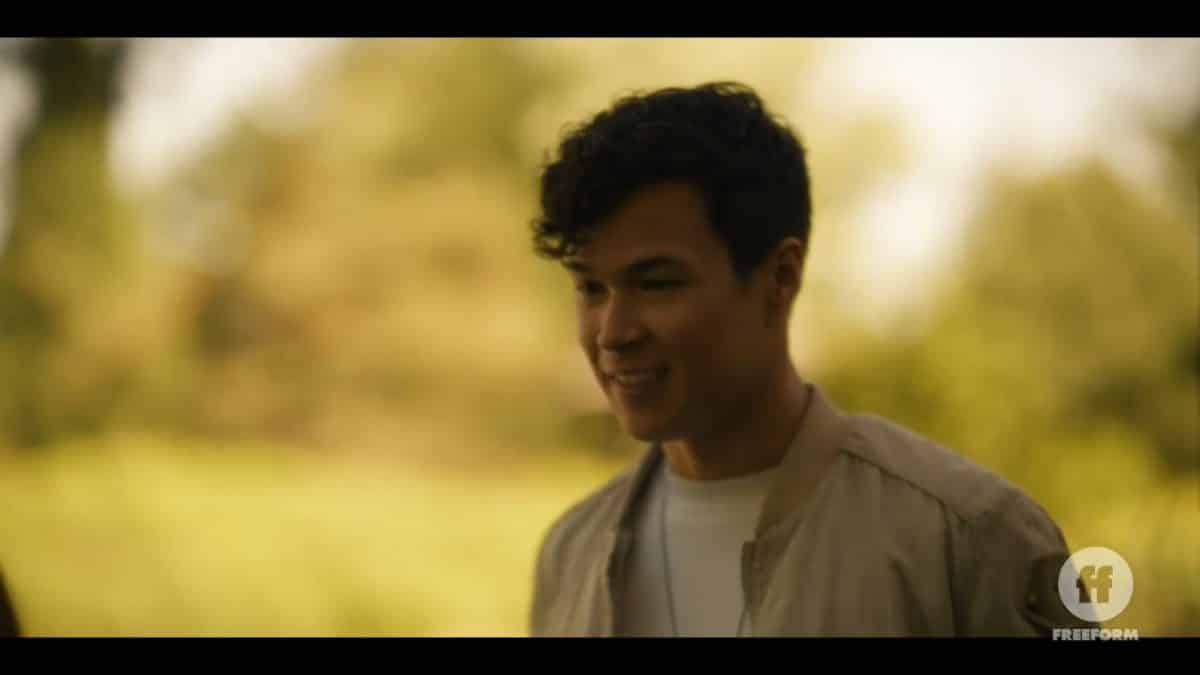 Dozens upon dozens of boys come for an event known as Beltane where it seems both the ladies and men are expected to mingle and match. Now, whether or not they are supposed to match and start a relationship? That isn’t clear. All we know is, heightened hormones lead to more powerful witches, and while some are queer, others, like Tally, who are virgins, are hyped.

Though, she isn’t alone. In a more calm, seductive way, Abigail lavishes in all the options and even flirts with the Witchfather, who is old enough to know Abigail’s mother when Petra was Abigail’s age. Oh, and as for who the Witchfather is? Well, let’s not equate him to being the male form of General Adler. However, he is more than likely the steward of the boys and trains them.

But, of all the boys, we only really get to know two. One of which is Gerit, who Tally has feelings for, and they are reciprocated. Not to the point of getting a mark like Abigail and Raelle, but she does get what might be her first kiss. 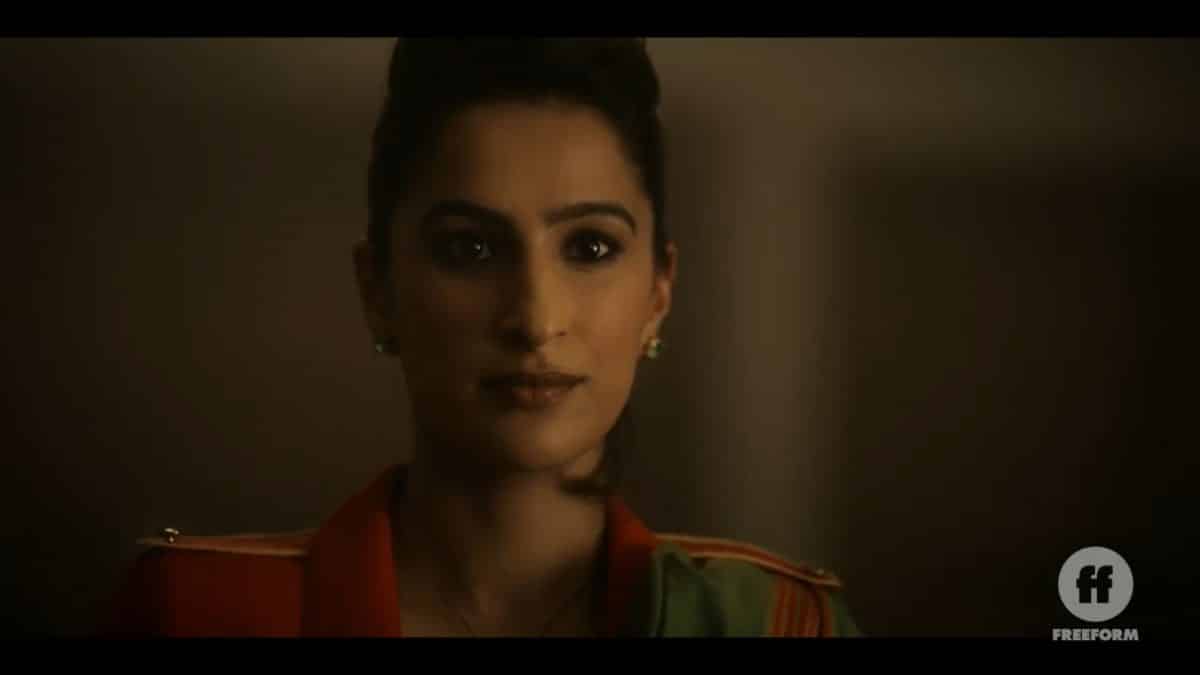 We learn that the reason General Adler is over 300 years old, and yet still alive, isn’t necessarily because witches live that long – naturally. Rather, it is due to the elders she surrounds herself with giving their youth, their energy, maybe even their magic, to sustain her. This is shown as one of the elders die and are replaced with someone else. But, while that answers one question, we are not told how long they usually live, how they are chosen, and what sacrifices they make to be a fountain of youth for the general.

One that, considering her influence could be waning, may not do much beyond making her a noteworthy artifact of witch history. Why do we say this? Well, with people like General Sharma, of India, questioning General Adler’s leadership, and even motive when it comes to witches whose seed is vastly different from what exists, it shows that it isn’t only the president who belittles her. Yet, with no one supporting General Sharma’s challenge, General Adler proceeds despite the slight.

A Witch’s Secret Is As Sacred As Her Song: Scylla, Porter, Raelle 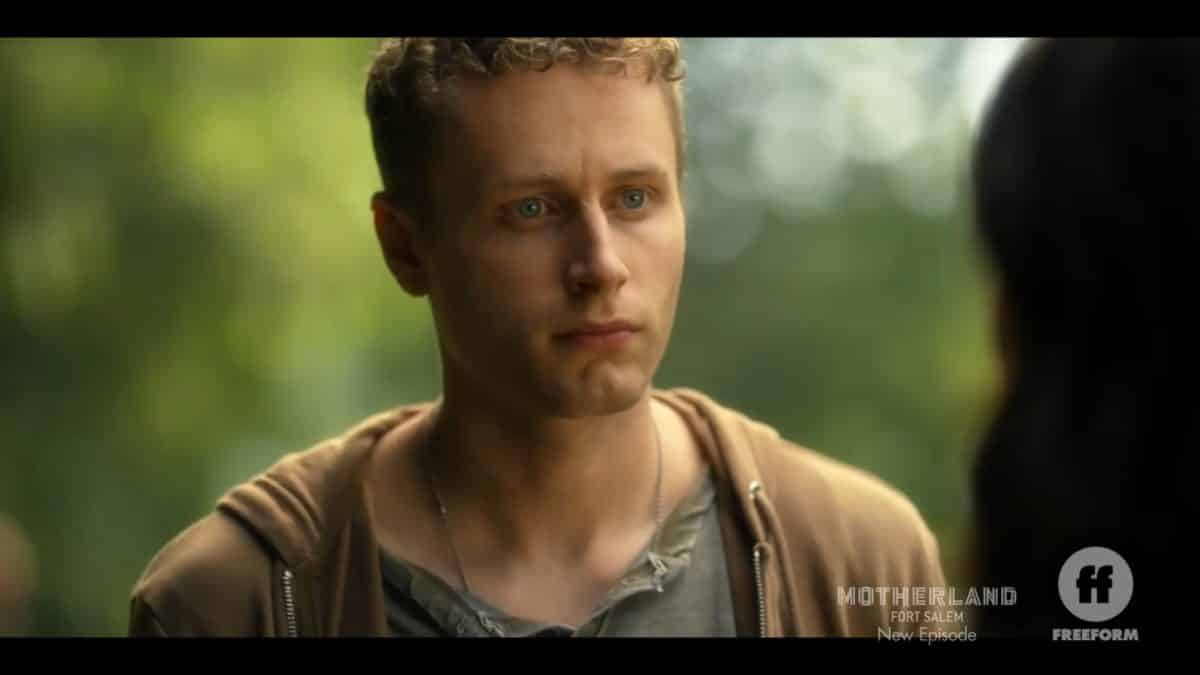 While we’re aware of Scylla’s sordid family history, Raelle was not. So Porter triggering the need to ask questions, complicate Scylla’s guise, and forcing her to reveal her family were dodgers, it calls for retaliation. Mind you, Raelle is so in love she doesn’t care and seems down for whatever Scylla may have planned to change things. But, Porter, Scylla’s ex-boyfriend, and childhood friend, he knows too much.

So, at first, she leads him to believe his return could be welcomed, and they kiss, make out even. However, then a spell is said to make him depressed, and next thing we know he jumps out of a window. Unfortunately, with Raelle seeing this and trying desperately to revive him to no avail.

Considering slavery existed in the show’s world, and those like Libba’s family try to rewrite history without the contributions of Black folk, so comes the question if racism exists amongst witches? Granted, when we saw the council General Adler sat on, it was diverse, with both men and women in powerful positions.

However, in terms of the history of witches and more, while we have been told slaves were some of General Adler’s first followers, what came after? What was the position of witches during the civil war, reconstruction era, or even the civil rights movement? Especially considering they were considered extensions of the US government?

Things like that make you want to dig deeper into the history of the show’s world and wonder what are the social structures beyond the fame certain family names have? Since you know there has to be more to it.

How Tally Looks So In Love

Jessica Sutton, who sort of reminds me of Olivia Cooke, has this undeniable look to her that makes me so glad she is a series regular. Mainly due to her having the kind of eyes and smile that you could easily see being used as a sacrifice for an epic emotional moment. But, thankfully, the likelihood of her being killed off is slim to none, and rather, we get to see her experience the world.

And that is what she brings that pushes her to the forefront this episode. For as Raelle deals with Scylla’s secrets and Abigail with having fun, Tally delivers us a love story. One that transports you into what feels like a YA novel adaptation where Tally and Gerit found love before a devastating war and are the only things that keep the other alive. Be it in terms of memories, promises, or the hope to reunite as the living, and not the dead.

Which, considering how “Motherland: Fort Salem” seemed like it was going to take a turn, and mirror what we’ve seen on “Chilling Adventures of Sabrina,” to see a couple that gives you butterflies is noteworthy.

The Spree, Even Without A Central Leader, Are One Of The Best Villains In a Teen Show – Possibly Ever!

Usually, not having a central villain of some kind is an issue, but the creativity of the Spree’s terrorist attacks honestly keep you hooked. Especially considering you know, sooner or later, Scylla is going to launch her own attack. Thus making each one we see, up until she makes her move, giving you a diverse idea of what the Spree are capable of. This builds anticipation to what Scylla could do to all these characters who are increasingly becoming beloved.

The Secret of General Adler

In many ways, General Adler’s legend is more supported in words and admiration from people like Tally than her peers or superiors. Yet, with her being over 300 years old, it pushed the idea she must be the most powerful witch alive. However, with learning she relies on the sacrifice of others, it creates a new perspective.

Now, granted, the title of this section is misleading, since apparently, it wasn’t a secret. But it does feel like a weakness that shouldn’t be well known, considering it is but another thing which could fuel the agenda of the Spree. I mean, what ego must there be to think other witches should not only die on the battlefield because of a deal you made but also in relative safety so you can live for centuries? In our mind, that would definitely be a sticking point.

I don’t know the words to say it, for my vocabulary can’t fathom it. Scylla isn’t someone I love to hate, or hate to love, but I must admit my feelings are complicated. She is clearly manipulating nearly every person she comes in contact with yet, you too are put under this spell. Hence why, despite the murder of Porter, you’re fine with it as long as it means her and Raelle’s relationship is maintained. And though you know she is clearly playing with Raelle’s feelings, likely to turn her into a Spree, or a sacrificial lamb, there is this false hope she won’t do that to Raelle because Raelle, with all her heart, cares about Scylla.

Said complication I don’t think any other character drives, and it is was makes her, and the Spree in extension, such wonderfully crafted villains.

The Introduction Of The Men Wasn’t As Bad As Expected

The introduction of men, relationships, and the drama which comes from both, I feared would shift “Motherland: Fort Salem” towards being like its peers. Meaning the drama of who is doing who, what he did or said, maybe didn’t do or say, would suffocate all else the show had to offer. But, thankfully, it didn’t.

Prime example: Despite Abigail’s lust and love for flirting, she still had a moment when speaking about her family, and that showed, while she enjoys having fun, she is very much about making her family proud and continuing their legacy. Heck, even Tally, who was awestruck at first, makes it clear Gerit was coming on too strong at one point, as she took note of the history of witches and less so his physique.

And so, one can only hope, with men likely to be a feature now, they’ll maintain this place of being a reprieve from what is going on and not people who add on additional troubles for these girls.

The Spree, Even Without A Central Leader, Are One Of The Best Villains In a Teen Show – Possibly Ever! - 90%