Claudia, Darby’s mom, is focused on for us to understand not just her influence on Darby, but her struggles to love when the idea is foreign to her.

At this point, it’s 2017, and with it being around 6 months since Magnus has been gone, that also means it has been a half a year of Jim avoiding Sara. Which, for her, is causing issues since she misses him. After all, they’ve been together since college, and now he has cut her off.

So, to force him to talk, she shows up to a family event where he makes it clear he is looking for growth, and she is looking to party. Sara says it isn’t true, at least anymore, but Jim doesn’t want to hear it. In fact, he says they can’t be friends, at least for now, which breaks Sara’s heart. Thus she reveals she had an abortion in college just to let Jim know how deep the pain runs with her.

The Pieces Of Me – Claudia

The Claudia we know was never really a nice mom. She was critical, self-absorbed, and seemingly only accepted the best of people and rejected the worst. Which also includes praise and criticism of her person. Claudia accepted the praise and took the criticism as a personal attack that was uncalled for.

Now, what caused all this? Janet. Claudia’s mother who, like Claudia, didn’t plan to have a child, particularly at 16. Which, considering Claudia is 55, meaning she was born 1962, meant her mother’s pregnancy might have been a scandal. Hence why Janet, when Claudia was ten, seemed to have emotionally abandoned her.

Which could explain everything about her, and her relationship to Darby. She is still that ten-year-old who lost what should have been her most secure relationship, and now with two divorces under her belt, the concept of being and feeling loved is difficult.

It’s All Easier When You Let Your Wall & Ego Down – Darby, Claudia, Hunter

And yet, it doesn’t take Darby hearing her mother’s story for them to have a breakthrough. It takes getting Hunter, now 20, a bed, and Darby upset she wasn’t given one when she was out in NYC alone. This leads to Claudia, who is in therapy, opening up more than before, and both Claudia and Darby admitting where they went wrong or didn’t communicate in their relationship. Leaving them in a better place. 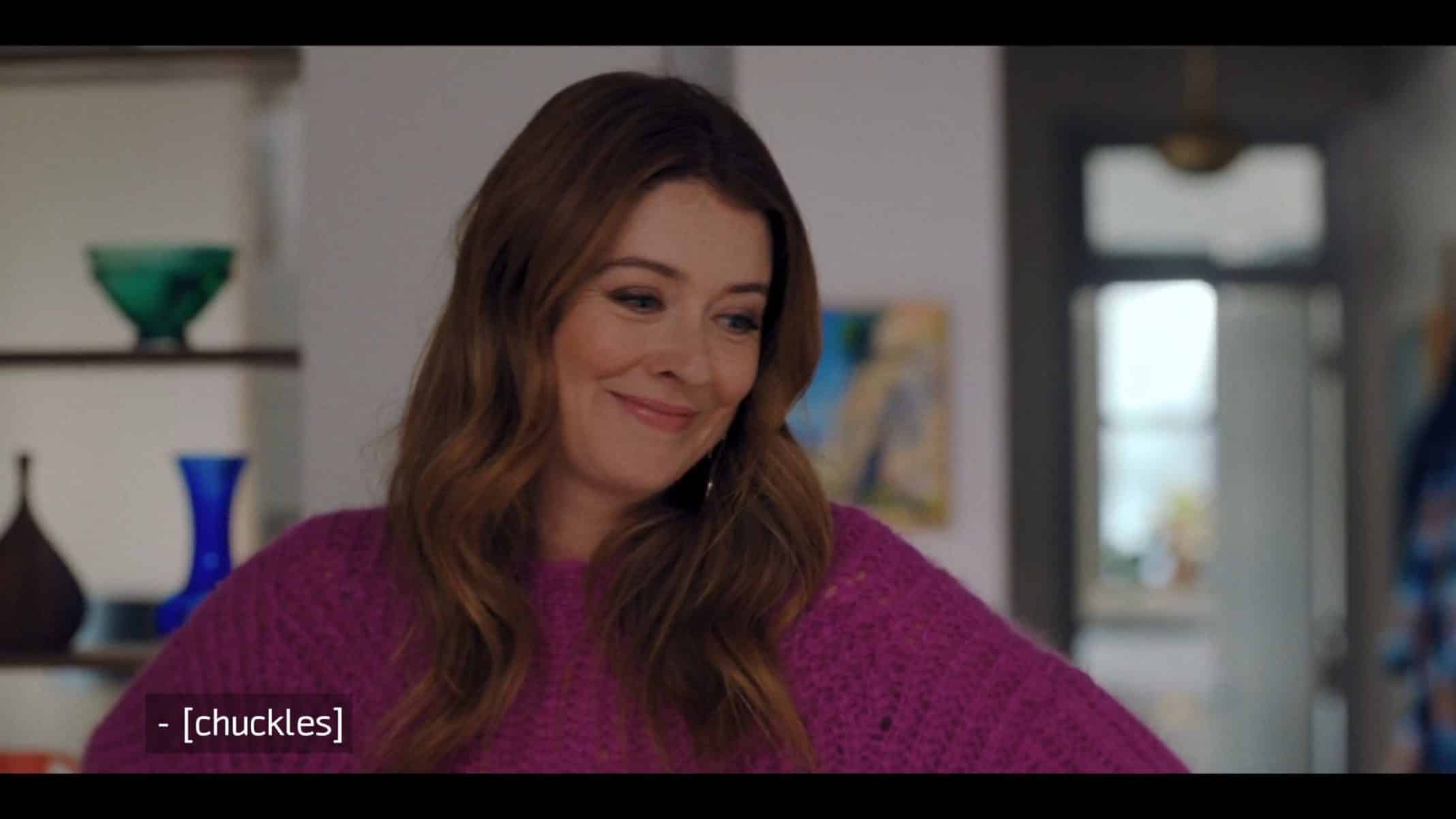 […] narcissism, when examined with compassion, is a trait that comes from not feeling special enough to deserve love, belonging, or a sense of purpose.
— Narrator

Getting To Know Claudia

As we learned from seeing younger Darby, as much as Anna Kendrick might be the hook, for the most part, each cast member can be showcased, and you remain entertained. Case in point, Claudia. Up until now, she was just Darby’s mom who was a bit nasty, and you could see why her parentage left Darby a bit messed up.

This isn’t to let Darby’s dad off the hook, by the way. However, we haven’t really gotten to see or know him beyond his drinking problem and him seeming nice when sober. So it seems only right Claudia, the one Darby seemingly has a troubling, but stronger relationship with, she’d be the one we dive into. And honestly, as we hear about Janet and how she was as a mom, it really makes you see the generational trauma.

Leaving you to wonder, did it begin with Janet, and could it end with Darby?

Darby and Claudia Having A Breakthrough

Darby and Claudia’s breakthrough has me a little misty, and I believe it might be one of the top moments of the series. Primarily due to it dealing with the foundation of who multiple characters are, and not just Darby. For while the men come and go, and seemingly also return, we don’t really get to know them. We get quick blurbs about their life, often thanks to the narrator but, even with Jim and Bradley, as we watch Sara and Darby integrate into their lives, you don’t necessarily see a connection. 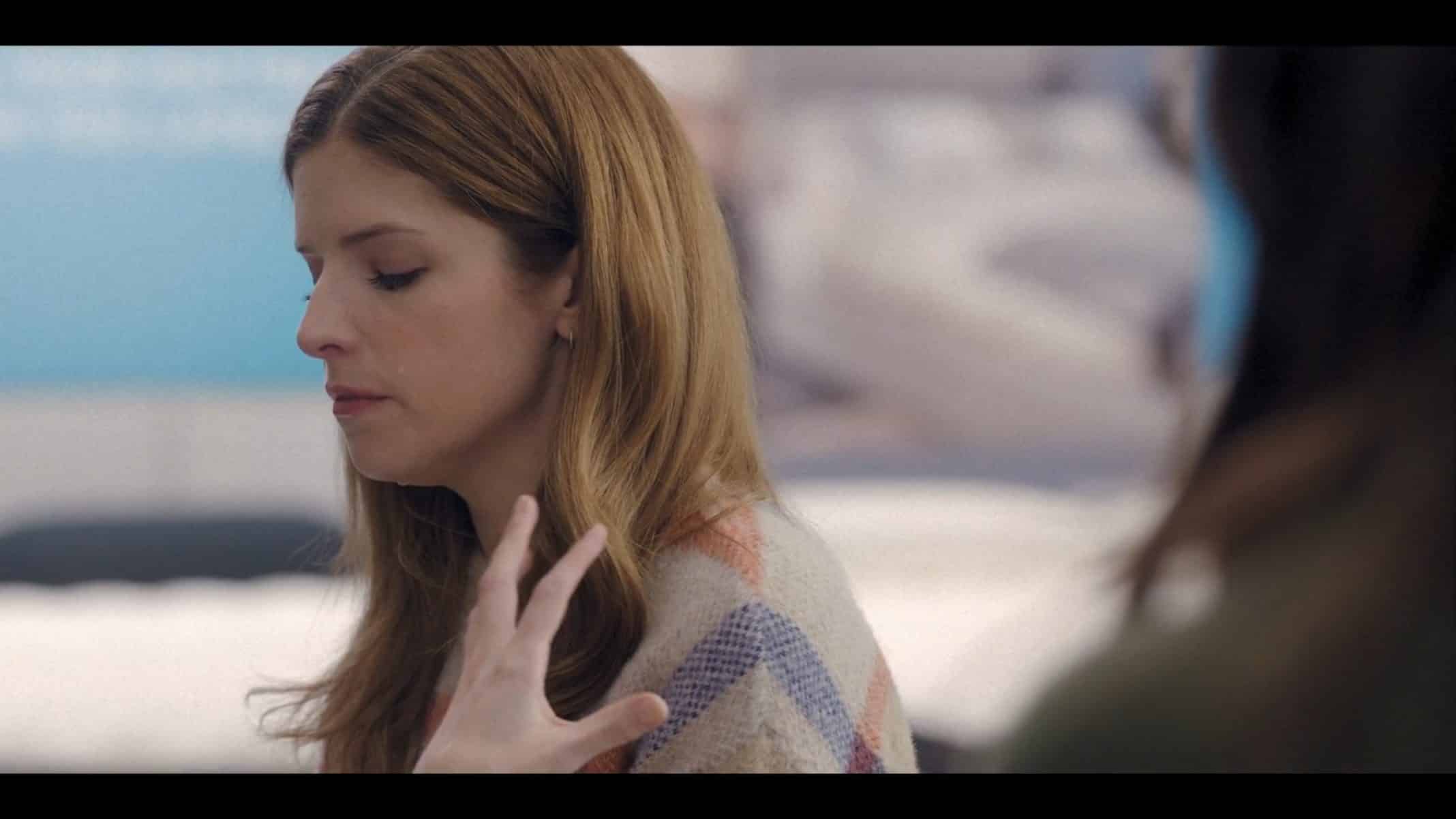 Perhaps to word it better, the men often seem like accessories. Yes, they may adorn the women, be part of their look, and even be attached to them. However, they seem easy to disconnect from and set aside for later. This makes Darby and Claudia’s breakthrough noteworthy since now Claudia isn’t just someone Darby deals with. She is wholly her mom and not a last resort but could be one of her first calls.

And also, what you have to appreciate about this Darby x Claudia storyline is how that sets up Sara’s. In her episode, I’d love to meet her mom and understand the instability she grew up with. Also, it would be cool to see how she and Jim started and what were her initial feelings about getting pregnant and maybe what her relationships were like before Jim? Since, as much as we love Darby, Sara is like dessert, and we’re feeling a bit gluttonous.

Darby and Claudia Having A Breakthrough - 85%