Once again, Nuri’s love for Yasir gets tested as she meets him mom, son, and his ex-wife Destiny. As well as Yasir’s dark side.

Table of Contents show
1 Looking Out For A Sister: Norman, Angela
1.1 Commentary
2 Daddy Wasn’t There: Nuri, Yasir, Deonte, Rose
2.1 Commentary
3 This Is A Community Investment: Rose, Destiny, Yasir, Nuri
3.1 Commentary
4 Question(s) Left Unanswered
5 Collected Quote(s) & .Gifs
6 Highlights
7 Follow Wherever I Look on Twitter, Like us on Facebook and Subscribe to the YouTube Channel.
7.1 Previous Episode’s Recap
7.2 Check Out Other TV Recaps

Looking Out For A Sister: Norman, Angela

As Angela has reiterated time and time again, she can’t keep being part of the coon stuff Marvin puts into the zeitgeist. She wants serious conversations, smart jokes, not stuff dealing with a damn pig. However, this is what Norman has for her. He has two sets, can’t get more, so all the stuff Angela wants, it can’t be done. She has to settle.

Problem is, who knows how much and how long Angela has been settling in life. Bad enough she may have to in her personal life but work? It has to end. Leading to Norman getting all the way real with her. Talking about how he settled in hiring her yet it was the best thing he did. That she challenges him and he really values that. Hence why, for an ABC pilot, he wants her to write with him for a show starring Whitney Houston. 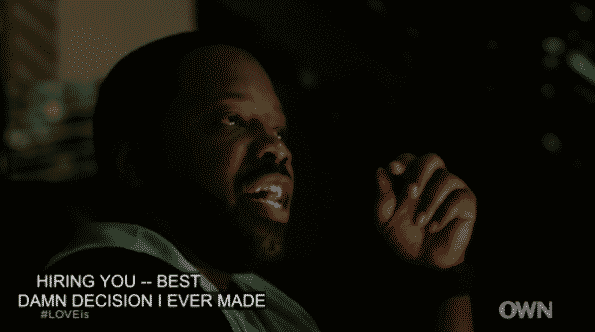 Norman: Hiring you — Best damn decision I ever made.

What you have to love about Norman is as much as he can come off as ignorant as the rest, you can see he often is just codeswitching. He knows how to speak Marvin’s language, to Angela, as well as Jared. A juggling act which gets tiresome sometimes, hence him low-key snapping at Angela. For perhaps he thought she was just as talented, and patient, with having to change who she is from person to person. Yet, I think it really hit him this episode how she can’t do BS. She isn’t at that level where keeping it real goes wrong but certainly is at that point where if she isn’t genuine, she will truly begin dying inside.

Thus reminding us that while having a dream is nice, and obtaining it, that doesn’t mean you’ll be in bliss. As Amanda Seales said in “Side Effects of Being an Innovator”

A lot of being an innovator is not just about having ideas but it’s about having stamina. Because you are going to be on this path by yourself, for some of the time, and without necessarily a blueprint and without guidance, and you’re going to have to figure out ways to keep yourself going, that are not necessarily based on other people. […] One of the main ways of doing that is always having a thesis statement to come back to that is why you are doing what you’re doing.

And when it comes to Angela, her thesis statement was about changing the conversation and representation. Each and every time she pitched something, she went back to that thesis statement. However, it has come to a point where it seems no one was buying what she was selling. Luckily, because they have an understanding, it seems Norman sees her as a potential equal. One who he maybe hitching his wagon to more so than the other way around.

As noted previously, Nuri’s daddy was a piece of work. He wasn’t there consistently and the best example he provided was what not to be and what kind of man not to have. In fact, it is because of Nuri’s dad she didn’t want to date a man with kids. Yet, as they say, God works in mysterious ways and, during her time in therapy, she came to realize that through Yasir, she gained some kind of understanding of her father. Maybe not enough to forgive but accept to a point. Perhaps pave a way to reconciling.

Hence why she is so gung-go in making sure Deonte knows his father. Even if just seeing him for small things like a missing tooth. Leading to a road trip which shocks Rose a bit, but she adjusts. Takes account of how Nuri is and what she stands for. And while she is a little cautious at first, she becomes accepted. Just in time for the drama to begin.

Wiser Nuri: I have my own issues with a dad who left.

I really feel that not enough props are given to the wiser version of our lead characters. They truly are the glue which holds this show together for each and every episode leaves you wondering: Why is Nuri still with this man? Yet, slowly but surely, Wiser Nuri and Yasir lay it all out. It isn’t that Nuri is a fool, naive, or maybe even dickmatized. It’s that she had faith. That and Yasir was upfront in ways that most men weren’t. What would be game for anyone else was his truth, spoken as eloquently as possible but sometimes raw as f*** too.

Something you have to appreciate, even back then, for it lets you know where you stand. There is no need for questioning and indecision when you know this person is who they are no matter who they are around. And, as established, as much as Nuri was another woman who was a crutch for Yasir, Nuri got something out of this too. She felt challenged, held accountable, and loved. Three things hard to find all in the same person.

This Is A Community Investment: Rose, Destiny, Yasir, Nuri

How can a man of Yasir’s age leave his son and all his momma call about is what is on the news and happy phone calls with the man’s son? Well, it is by having faith. Like Nuri, Rose has faith in her boy and so she doesn’t harp on not being around. She raised him to be a man of his word, to put in the necessary work, so her deal stands she and her man will step in. 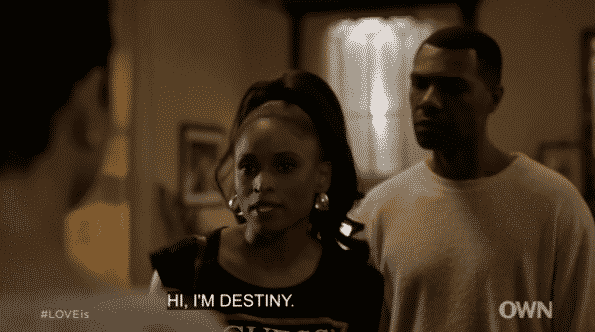 However, what he is not fixing to do is throw his weight and anger around. With learning his son isn’t doing piano lessons, and at least 3 to 4 other things, he goes off. I’m talking, Nuri gets a bit frightened and while she can still talk, her body moves stiffly. This is especially true when she and Destiny come face to face for Destiny is an around the way girl and while Nuri might be from Compton? Well, I don’t think she is the type who is ready to take off her earrings and fight.

Luckily, Rose got a hold on everyone’s heart and calms the situation. First, she tells Yasir off for coming at Destiny’s neck and this breaks Destiny down. I don’t know if no one ever defended her like that, recognized her in such a fashion, or what, but her breaking down had me breaking down. For you just don’t see women like Destiny shown as passionate vs. straight up ghetto.

Though she isn’t let off the hook. Rose lets her know all this yelling, screaming, provoking people, it isn’t going to fly. It isn’t going to bring no one closer and she might have went on but she tired herself out. Seemingly, while happy and jokey, something is wrong with momma Rose.

As for Nuri after all this? Despite seeing Yasir damn near lay hands on Destiny, and Destiny all up in her face, she is still committed. Heck, if anything, that made her wanna invest more. She gives a piece of her home to be Yasir’s writer’s room. Something he struggles to accept, but it seems he is warming up to Nuri being the type who isn’t necessarily giving him things, with the expectation of some kind of return, but purely out of love.

Wiser Yasir: I still don’t know what I did to deserve her.

Rose getting everyone together left me as exhausted as she was when she was through. Her addressing Yasir and Destiny is the type of scene which will garner nominations for Loretta Divine. But can I just say again, I loved that Destiny was shown to be like many an unsung Black mother? One who, based off shallow perception, may be considered and called ghetto, but what that really is, is them being passionate. For her being ghetto would be giving 0 damns about Deonte, how he feels, and being a bum. No, her son feels inferior at those classes and she doesn’t appreciate Yasir storming in and trying to call her out on a situation he knows nothing about.

And let’s go in on Yasir, negro, how often do you call Destiny to check on things with ya’ll kid? Yes, it is beautiful he is close to his mom but she is helping to raise Deonte, Destiny is doing most of the heavy work. Also, him about to hit her? Now, I won’t discount Destiny was rolling up into people’s faces but, again, Yasir started it. I mean, if the negro checked in more with her and his kid, maybe he would have been known what was going down.

Leading to some real need to know questions: What did Yasir see in Destiny, how long was it between him divorcing Destiny and getting with Ruby, and are there patterns with the women Yasir chooses? Also, how long do Yasir’s relationships last?

But, on top of that, you have to wonder if Nuri acted the way she did because she saw that kind of anger before. I can’t recall if Nuri mentioned abuse in her upbringing, but the way she stood, the way she talked, she looked like she was in a familiar circumstance. Making you wonder, with her mentioning she went to therapy, was something like that on the list of things she talked about?

It’s easy to keep a yes-man around, but a no-woman? That takes guts.
— Norman

I think that’s what love is: Being a witness for the one you love—their complete journey. Defeats, and victories.