Life Sentence is a bit corny, definitely a CW brand show, but even with that noted, Lucy Hale and the light-hearted nature of the show has its charm.

After dealing with cancer for 8 years, Stella learns she is cured. Which, while great for her husband and family, now means they can all stop holding things together despite how badly they are, and need to, fall apart. It begins with her mom Ida leaving her dad Paul for her godmother Poppy. This is followed by realizing her brother Aiden basically has arrested development, is a pill dealer, and is sleeping with his soccer mom clients. Lizzie, the cool sister who used to be much more lively? Yeah, she sacrificed Columbia for Stella and has some regrets about having children before fully establishing her career. Oh, and Stella’s whirlwind romance turned marriage? Yeah, the dude she married has literally suppressed who he was to keep her happy.

So, with Dr. Chang revealing Stella is cured, now she has to deal with the rotten infection of relationships and issues her family has been masking all this time. Something which, like in many cancer movies and shows, she wants to fix. It’s just with her just now having her first job, not having gone to college, and pretty much living the life of a old school Disney princess till now, paying back her family for all they have done, or put on pause for her, when she hasn’t much to give besides time and effort, is going to take awhile.

“You beat certain death. I think you can figure out how to handle uncertain life.”

Previous to Life Sentence, like many I only knew Hale from Pretty Little Liars

and even with saying that, I was a Shay Mitchell/ Bianca Lawson fan. When it came to the rest of the girls, I just tolerated their scenes for the few seasons I did watch. However, with this giving me serious Chasing Life vibes, and seeming like a rather cute show, I tuned in and found myself caught in Hale’s charm. For truly, she is what makes the show.

When it comes to Stella, while she has the potential to be seen as annoying, since she is so used to everyone catering to her whims and needs, the way Hale handles that pushes you to remember that for, perhaps 1/3 of her life this is how things were. She was too sick to do certain things, have certain experiences, and because of the way her family is, or tried to be, she was treated like a princess. Also, she is the baby of the family so it kind of comes natural for her to be used to all the time and attention. 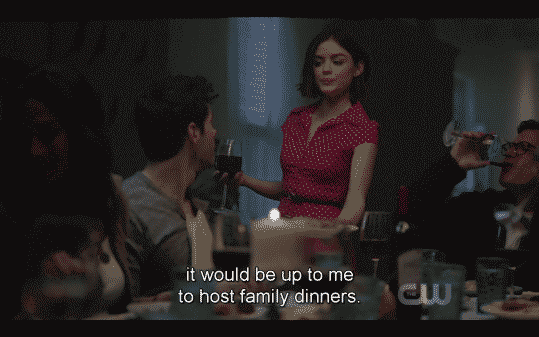 Yet, Stella is shown and portrayed to not be a spoiled brat, but someone who has had to rely on people and make peace with dying for a long time. But now, realizing she was living in a façade, she wants to make up for it all. She wants to catch up on the life she should have had, pitch in when it comes to the family, hence her ripping up her dad’s check and now hosting family dinners, and show she truly was thankful for all they have done for her.

And between the youthfulness of Hale and her charm, she brings about this optimism. The kind which is a bit infectious to the point that, even though she is definitely ill-equipped for her grand plans, seeing her take baby steps towards these goals makes you want to root for Stella. See her succeed even.

The Potential For Growth 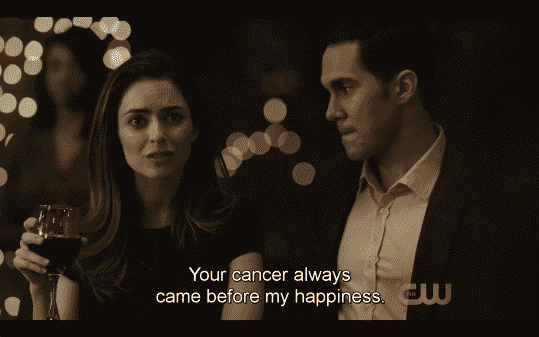 Especially since she presents a sort of wakeup call, in more ways than one. Her beating cancer means no one in her family has a crutch anymore or means to justify their unhappiness. Plus, she calls out some, like Lizzie, for making it seem she is part of the reason their lives took a turn towards the practical versus what they were passionate about. Leaving us with each character, in terms of their relationship with Lizzie, and as an individual, so much room to grow.

For her dad, he has to figure out dating again, dealing with his marriage ending, alongside his wife dating a woman, as well as finding a new home. On top of that, Aiden, who seemingly went numb and took the generic, “Let’s screw the pain away” coping method, has to grow up and with him reliant on his dad, maybe reconcile. For while they don’t hate each other, there is probably more so disappointment more than anything, there is a question of when did that begin and if Aiden does pursue change, can Paul find it in himself to support him and if he fails at something, not continue to push the idea his son is a loser or failure?

Then, when it comes to Ida and Poppy, Ida clearly is still trying to figure out her sexuality and with Poppy being a family friend, the one who married Stella and Wes, there is this need to not just explore their relationship, but see how Poppy and Stella’s can heal. For with the way Ida talks, Poppy has been the other woman for a very long time. It is just now that Ida has decided to reveal that.

Following that, we have Lizzie whose husband we barely get to know, but at least she has a happy marriage. Also, with Stella calling her out a bit, it seems she may look again into her writing career and, like everyone else, reveal who she truly is and how she has evolved since Stella’s original diagnosis. Leaving Wes. A British man that Stella met in Paris, who borderline seems sometimes to have done everything he could to make her happy, possibly for a green card. Though, perhaps that is the pessimist in me talking. In truth, he and Stella are cute together but with shows dealing with cancer usually being dark comedies like The Big C

or dramedies which lean towards the drama, like Chasing Life

, it is hard to read how Wes could be handled – which is kind of exciting.

It’s A Dramedy Which Leans Heavily Toward Comedy, And In A Unsettling Way 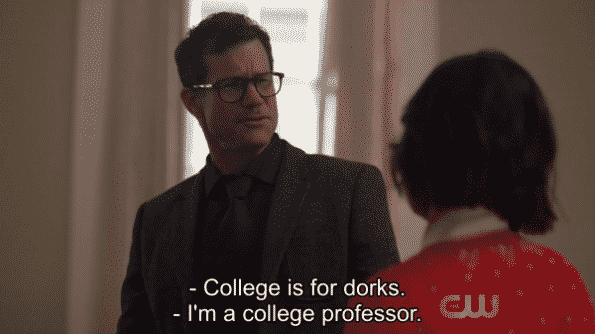 It’s a bit hard to wrap your head around how cheery Stella is and how light-hearted, in general, the show is. After all, it is a show in which the lead got cured from cancer and the sacrifices her family made has pretty much made them all miserable for nearly a decade. So for Stella to have this sort of, childlike, puffed up face, sort of comical march into fixing everyone’s problems, it is a bit unsettling.

But, I honestly can’t say, for most, if it will be unsettling in a good way or bad way. With this show being so optimistic, and making it seem her getting cancer again won’t be a cliffhanger for the future, it throws you off a bit. This is alongside Stella being so cheery and sweet that she can come off borderline annoying, even taking into consideration Hale’s charm. Then with her family, while there is potential in their storylines, and the actors are likable, there is again this vibe that, this family belongs in a different kind of show. There is something about them, when you separate the cancer angle, which makes you think sitcom and trying to reconcile that with the show being about a girl who just learned she doesn’t have cancer, seemingly asks for your trust and time.

Something that, honestly, if you aren’t into the CW’s brand, is kind of hard to ask of a skeptical audience. 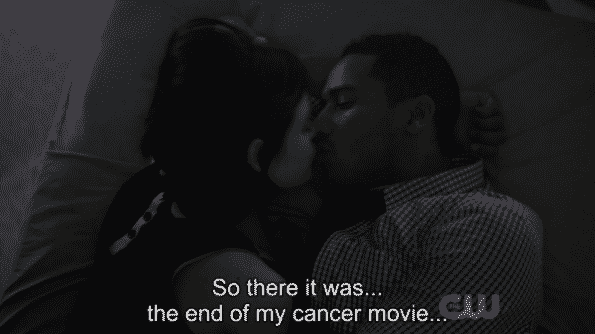 , you can see the potential for growth and the show is likeable. The question is, with the way TV is now, is this the kind of show you watch week to week or wait until the season is over and binge watch? That’s kind of my struggle right now with Life Sentence. Hale is adorable, but charm doesn’t make up for having to use euphemisms like “potential” to convey how this doesn’t necessarily sell you on the whole package from the get-go.

Yet, it does seem like, for the audience this was meant for, they should love it. As for this becoming a huge hit for CW? I doubt that.