by Amari Published: May 18, 2019Last Updated on May 19, 2019
FacebookTwitterPinterestRedditEmail

Malcolm does something most know better than to do: Piss off a Bodega owner. But upsetting Leslie ends up the least of his problems.

While it seems Leslie and Malcolm were mostly cool, him not having the decency to pick up a bag of chips, but instead kick it under a display, leads to him being forced to pay $6 for milk. Which, as you would, it leads him to shop elsewhere but then Leslie calls all the local bodegas to rise their prices for him. Thus forcing him to deal with the consequences of his actions.

For reasons not revealed, Lulu wants Bruno and it may not be to sell. So, she has Barry, who is her brother, father, cousin, maybe even hubby depending how they get down, work with Billy to get Bruno from Malcolm. How? Well, chloroform and kidnapping. Which leads Malcolm to a downward spiral which includes inhaling crack, sex with a hooker, and kidnapping a kid who he thought was Billy. Leading to him getting the kind of beatdown we’ve seen him give others many times throughout the season.

Luckily for Malcolm, as he laid on the ground recovering, a picture of a dance competition with Billy’s face is seen and Jizzel, the owner of the Alaskan Husky he returned, is a guest judge. Leading to him explaining his situation to her, minus the drugs, sex worker, and kidnapping attempt, and her siding with him. Thus allowing him to get Bruno back, even though Lulu was about to break down a door over losing him.

And, for a moment, Malcolm almost got to not only get his dog but make it so Barry lost money and Billy’s dancing dreams were lost. But then he got cocky, got a dance battle, and Jizzel found Billy too talented to eliminate him and blackball him. 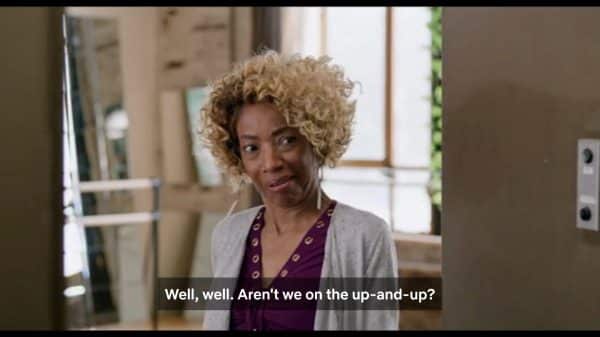 Lulu’s Bruno Obsession Being The Only Storyline – 75

Something is better than nothing, granted, but is it wrong that I want more out of this show? Malcolm had a full-on breakdown and, in my mind, that could have been a great opportunity to revisit the past and develop Malcolm a bit. Be it him finding Bruno, what led to him deciding he was in a place in his life to finally get a dog, after being denied it his whole life, and so much more. But, I recognize I take these shows more seriously than I should and probably expect too much.

Lulu’s Bruno Obsession Being The Only Storyline - 75%

Lulu apparently is going to play a long time adversary and while that handles the need for a villain, it doesn't necessarily make up for Malcolm still being a bit unknown to us.