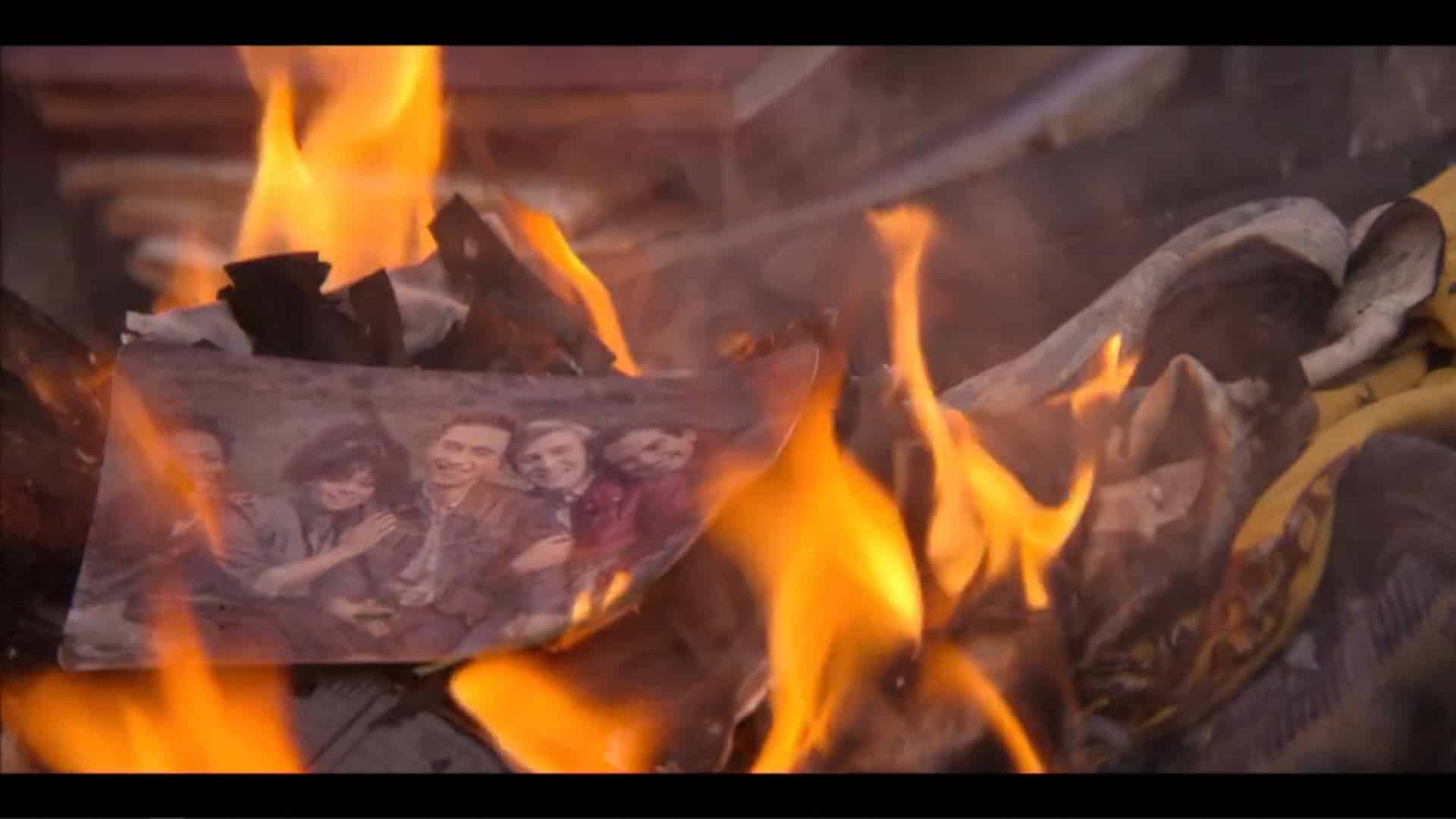 It’s A Sin reminds you of the eerie similarities between the early days of COVID-19 and AIDS, but only one got the attention it deserves.

While AIDS, and the various other names it had, was becoming known in 1983 and 1984, many still denied its existence or wrote it off as something else. After all, when two of the most notable governments, at the time, don’t take it seriously, why would their populations, and perhaps most of the world? Yet, as shown through Gloria, not talking about it, that allows for ignorance until it is too late.

Heck, taking note how Jill couldn’t even speak to a doctor to gain information, as if researching such a thing would mean guilt by association, you can see and understand the struggle. If you can’t go to a professional for concrete facts and must rely on word of mouth of sensationalized sounding news, how will you become informed?

So, when Colin was tasked with going to New York, an epicenter for Americans, alongside San Francisco, Jill asked of him to bring whatever he could back since Londoners weren’t as invested. The request ends up saving Colin for with Mr. Coltrane gone and Mr. Hart alone with Colin once more, seeing Colin look into AIDS was the only thing keeping him from taking advantage of Colin.

Granted, when they got back to London, Colin was let go. He found a new job at a print shop but, being that he invested 3 years in learning about suits, having to switch jobs did hurt a bit. However, he did give Jill the information she asked for and did keep his whistle clean. So there is one boy, amongst the others she hangs with, she may not need to worry about.

The more Jill learns, the more worried she is about the sexual activities of her boys. Especially since Ritchie paints AIDS and anything which pushes the idea he and the rest should limit themselves, sexually, as propaganda. But even if he won’t listen, this doesn’t mean Jill will abandon him or not hold them accountable. For in the end, like with Gloria, she might end up tasked with taking care of them. Mind you, this is before AZT, amongst other early drugs put onto the market, so their deaths might potentially be swift. However, till then, she’ll enjoy the fun times, dread the worst that could come, and

From the little I can gather, good acting is when it’s true.
— Ritchie’s Mom

[…] you’re too clever by half, like, in your mind, you can think your way out of anything.
— Jill

Parallel To The Modern Pandemic

Despite AIDS and the Coronavirus being vastly different viruses, you can make certain comparisons and contrast a few points on how they were handled. In terms of accepting their existence, you can see similarities in many downplaying its effects, not using protection, and hating when someone tries to ruin their good time with precautions. You could also add how, when it came to the American and English Government, how it was downplayed early on, thus allowing for the increased spread and more dangers to marginalized communities.

Yet then the comparison stops. For, partly thanks to modern technology, there are continued efforts to contain the spread of COVID and even vaccinate people. Meanwhile, since it isn’t an economic or any real priority, it appears that only recently have medicines like PrEP been introduced and become accessible. Mind you, AIDS has existed for decades, and the strain we’ve been dealing with, in terms of COVID, for more than a year.

It’s unfortunate when you think about it.

Colin’s Purity Amongst All The Debauchery

I genuinely fear for Colin. He is so innocent and seemingly hasn’t had sex once since introduced. Leading to the fear that, when he meets someone, he is going to get infected. Because isn’t that how stories like this work? It’s the one who was safe, that you’d never expect, to end up being the tragedy. Though, who knows, maybe it’ll end up being Jill to throw a twist in there?

While Roscoe remains one of the least developed and featured of the leads, at the very least, we get to see his sister and mom around. That alongside get updates about his dad as well. It doesn’t compensate for Roscoe sometimes feeling like a token, but having at least one Black gay male with a speaking role, is better than none.

Jill Having A Life Outside These Boys

With each mention of Jill and Ritchie being seen as a thing, it makes you worry that Jill has attached herself to him, and these people, without any consideration of having a life beyond them? Don’t get us wrong, they love her, and she loves them but is that platonic love enough? Does she want a relationship, marriage, kids with someone beyond the potential of being their beard? Heck, we know she was into acting, but with Ritchie sort of swallowing that up, you almost forget she got him on that path.

So we’re just hoping, like Roscoe, she doesn’t just end up part of Ritchie’s orbit but is allowed to be an individual. Which, considering she talked about being with her parents for the holidays, not seeing that was a missed opportunity.

It’s both a good and bad thing we miss out on seeing the worst when it came to Mr. Coltrane and Gloria having AIDS. Yes, we saw the burning and discarding of where they slept and what they touched, but not the pain and horror that Angels In America showed. However, a part of me feels that is necessary. 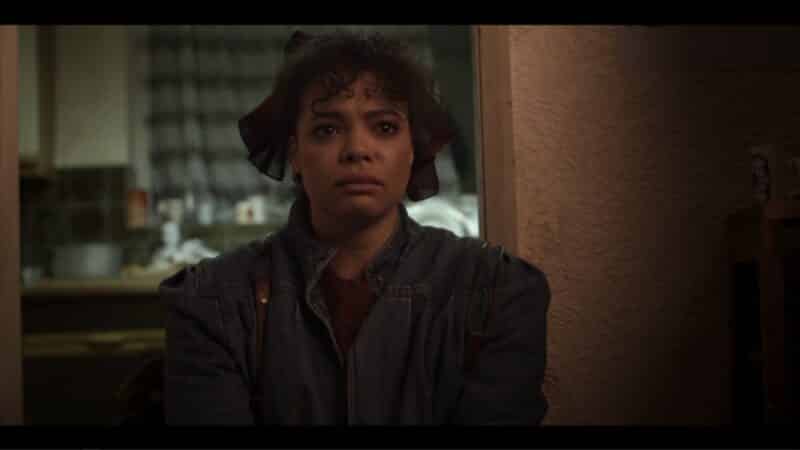 Earlier in the review, we mention the rise of PrEP, and unfortunately, it seems with having that on the market, you can see some willingness to go back to the old ways of doing things. And while we would never wish to paint AIDS as a disease created due to sexual promiscuity, it’s hard to not believe that the world does try to do course correction every now and then. So while we make medicines to push back, so does the world concoct something new to thwart whatever we create.

This leads to us hoping that, while it would be hard to watch, that It’s A Sin goes there and presents a potentially graphic reminder that, whether on PrEP or not, you need to be careful out there.

It's A Sin Directory

Jill Having A Life Outside These Boys - 77%

Colin's Purity Amongst All The Debauchery - 84%

Parallel To The Modern Pandemic - 85%

As AIDS continues to encroach on the joys of the casts' youthful abandon, it seems through Jill we will have our survivor and, through her experience, the trauma of watching people go from bright and vibrant to sickly and shells of their former self.