Through a sometimes-dizzying number of time jumps, viewers get closure about where Issa and her friends end up in life, together, and in their relationships.

It isn’t 100% clear how much time passes but know this, it is enough time for Tiffany’s daughter Simone to be in pre-school, so at least 3 to 4 years. During that time, the ladies keep in touch, and we mainly see them speak or see each other during their birthdays. For the first year, Tiffany comes down for Molly’s, everyone meets up for Kelli’s, and we see everyone but Tiffany for Issa’s, and things are good. Connections remain strong, and when it comes to Issa and Molly, they remain the love of each other’s lives. 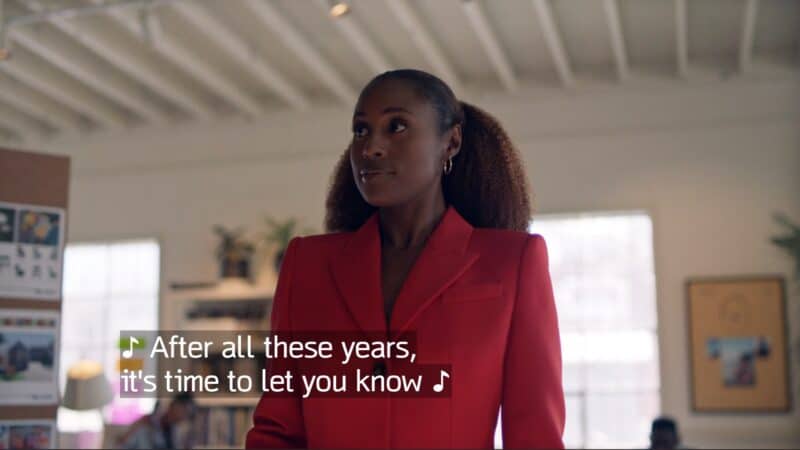 So, what was Issa’s ultimate decision regarding The Blocc? Well, she partners with Crenshaw, and while the dream of taking over the building which houses “We Got Ya’ll” doesn’t come to pass, she does build her own space and empire. As this happens, Molly isn’t noted to become a partner, but she does talk to the partners about creating an estates division, and she puts Kelli on who heads it and gets a notable upgrade in her life.

Molly makes it down the aisle, ya’ll! Sadly, this is without her mother witnessing this moment, but it is a joyous day with a very pregnant Tiffany, Issa, a new mom in Kelli, and the rest of her family. One which does have Issa hand the reins of best friend to Taurean, but Molly recognizes that Issa’s love for her up to this point is what got her to the altar.

But, not to be outdone, Kelli got a man, and the kind of man changes her mind about having a baby. Which for her is a major thing since, previous to this guy, the idea of children didn’t click for her – being a godmother was more than enough. But she wants to have a child with this dude and doesn’t mind doing the butt stuff he likes. 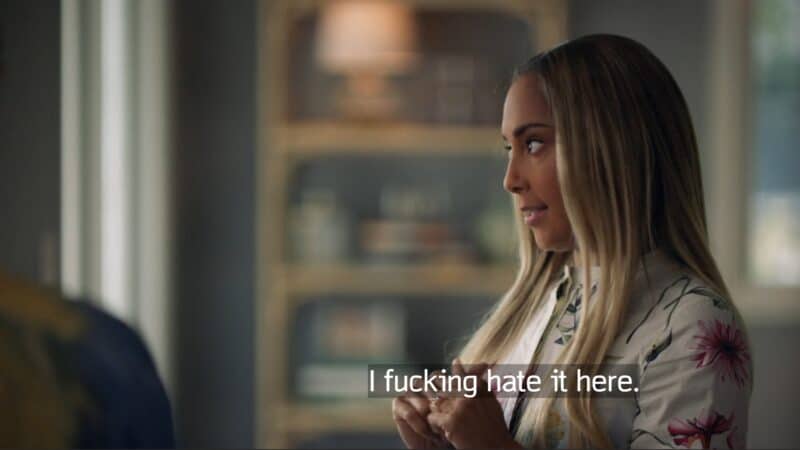 As for Tiffany and Derek? Well, Tiffany isn’t necessarily happy in Denver, nor that Simone is the only Black girl in her class, or that she hasn’t found work and is rather alone. However, that was before Molly’s wedding and her being pregnant with her second child, so maybe things changed?

Which leaves Issa. From Nathan deciding to take yet another step back to men who were suitable for the moment, to keep her dating skills up, to finally being with Lawrence and setting aside the awkwardness of being someone’s stepmom and embracing it, Issa goes through a journey. One that leaves her not having life as she imagined it, but nonetheless happy.

More Than Closure, But A Feeling Things Will Be Okay, And You’ll Be Okay

Through the series, you likely not only invested into a character but identified with one either because of a specific aspect of their personality or story or their whole person. Speaking for myself, the uncertainty of Issa’s next career move has always been something I identified with. Trying to own not being extra, but other people being basic or average, as Kelli would exude, is something I wanted to achieve. Learning that being passionate about someone shouldn’t make you crazy or insecure, like Molly’s experience, that was me! Add in wanting to have something stable and dependable, even if it requires a lot of work behind the scenes, like Tiffany, again, Insecure provides you both with #Goals and relatability.

So when it came to the finale, I feel like the show left us with more than closure but with hope. These ladies found a way to have it all, and while, yes, the journey to that point was ass, and what they thought would be a perfect life didn’t turn out how they thought of it, but look at them now. Are there some things that deserve a side-eye, like how Taurean isn’t the best travel partner? Maybe. But he is blowing that back out, isn’t he?

With Tiffany, is she shown to be lonely out in Denver? Yeah, but lest we forget, like Amanda Seales, Tiffany isn’t for everyone, and everyone isn’t for her. Yet, just as she found her people in LA, she’ll find it in Denver. She just might have to seek beyond her routine and Derek’s people to get that. 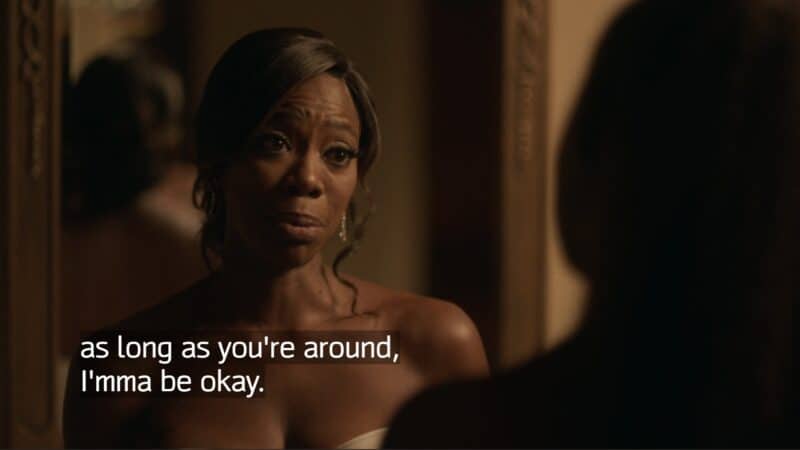 But, it’s with Issa we get the best example of what to do. As she notes, she allowed her own negative thoughts, and Kelli’s at times, and Ahmal’s, to lead her to question her judgement, stifle her growth, and cloud her inner voice. Yet, there came a point where she learned to trust herself, the process which is life, and look at her now. She has loved a woman like Molly through heartaches, death, fights, and now their relationship is better than ever.

Then with Lawrence, she has seen that man through depression, unemployment, cheating, him having a baby with another woman, and yet has found herself gleefully being someone’s stepmom and bonding with the kid, as much as the man she has known since her early 20s.

All of this and more gives you hope that, whether in your 20s or 30s, you’re out here struggling or feel like you are on the right path, successful at work and love, or maybe one and not the other, you are seen. You are someone who deserves to have all you desire, and if you work for it, and sometimes it will be hard as hell, you will get to bring your dreams into reality. And honestly, sometimes, even if this is all scripted, getting to see someone who looks like you, even if not your gender, go on a journey as Issa and her friends do and make it to the other side thriving, not just surviving, is the lifeline you need.

Us Not Getting To See Kelli As A Mom 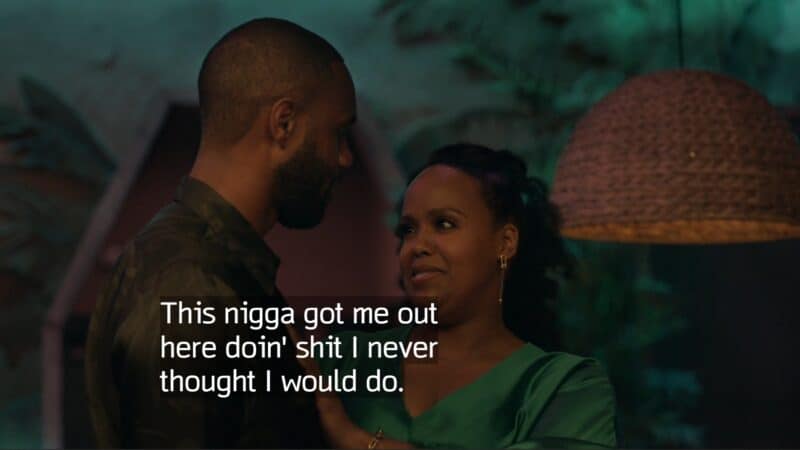 Honestly, the only thing that sucks about this episode is that Kelli remained a comic relief, and while she got a man, a good man, her pregnancy announcement wasn’t paired with us getting to see her as a mother. In fact, we don’t know if she had the baby or maybe something happened. All we know for sure is that she has found someone who satisfies the freak in her and that person who just wants someone who accepts her brand of crazy and knows how to match her energy.

But, let me repeat: It’s trash that this season didn’t give us a Kelli-focused episode and kept her firmly as the show’s comic relief.

Insecure: Season 5/ Episode 10 “Everything Gonna Be, Okay?!” – Recap/ Review (with Spoilers)
Trajectory: Climbing
Insecure gives viewers one of the best ways to end a show by giving us a satisfying ellipsis that doesn't leave us questioning a thing yet still wishing there could be more.
Highlights
More Than Closure, But A Feeling Things Will Be Okay, And You'll Be Okay
Disputable
Us Not Getting To See Kelli As A Mom
86
Follow Wherever I Look on Twitter and Instagram, Like us on Facebook, and Subscribe to the YouTube Channel.