With no response from Nathan in over a week, Issa is starting to lose it. As for Molly? Well, it seems she is just hell-bent on isolating herself.

It seems Molly is cool with having no friends at work. To social climb she dissed the ladies of the office and now she is trying to snatch Taurean’s star spot. Leaving you to wonder, as Black as Molly is – in terms of her growing up in the hood, does she not know any sort of Black etiquette? Such as the concept of loyalty? 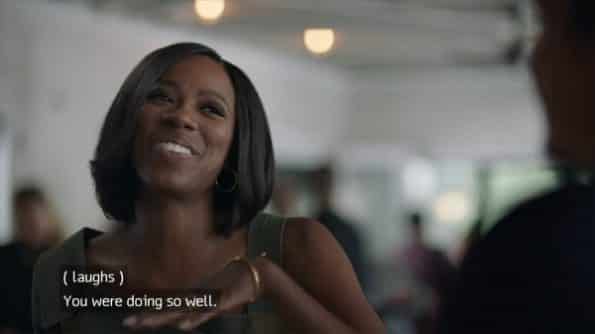 Molly: You were doing so well.

Molly must be going through something. It can’t just be not being the star player but between Dro having a baby or maybe Andrew showing more effort than any Black guy lately, something has to be messing her mind up. For while she still is maintaining a healthy relationship with Issa, everyone else seems to be getting the finger on GP.

Andrew, like Nathan, isn’t coming on strong but definitely presenting himself as someone with potential. Problem is, at this point in Molly’s life, she is cool about a man with potential, but you got rope to hang yourself with on the light which illuminates the room. So, be careful what you joke about, mind what you say or… oh? There goes Molly. As Andrew learns when he thinks he and Molly are having banter over being grimy in the past, but she takes a Dro comment a little hard. Well, not a little, she basically is ready to cut her loss in time and move on.

Problem is, Issa is fiending for Nathan and has no means of knowing where he is, if he is okay, with someone else, etc? So, she needs Molly to stay in contact with Andrew to sneak around his house. Use a shared stalker account with Kelli to see if he takes some DM bait and basically, Issa acts crazier than we’ve ever seen her before. Molly: Girl, what is it about him? Was the dick that bomb?

I think Molly is going to get panic attacks, have a nervous breakdown, episode of depression, something. Because the way she handled Andrew just seemed rude as hell. Now, it could just be that she wants a Black man so this Asian dude is a time waster. So, she was just looking for a reason to leave. That would make sense. However, while Molly isn’t thirsty, it is clear she would like some companionship. Making the handling of Andrew make you wonder if she may dig into her season 2 roster and hit them up. Even if just for a quickie to help with the stress. Since, even with impressing the partners with her presentation, I don’t know if Molly can deal with no one willing to talk to her at her level.

Switching to Issa, how long has it been that she met Nathan? They had sex once or twice and she already dickmatized like this? Even Daniel didn’t have this effect when he put it down before. So is Nathan that good or is Issa kind of mixed up because she hasn’t had a relationship go so long without a major screw up like this.

That is, one in which she can’t put all the blame on the dude but is forced to accept some responsibility in the matter? For that is one thing which connects Issa and Molly’s personal lives – formerly lacking being held accountable. Yet, with Andrew holding Molly accountable for her actions and Issa not saying it was all Nathan, but thinking maybe it was something she did, it seems the writers aren’t going to keep things leaning towards Issa and Molly anymore.

Not to say they never hard trash moments, but they came with some justification. In this episode, however, stalking like Issa is doing, on some YOU type stuff, I don’t know.

With Lawrence really not about being a ho no mo’, church comes to mind. However, with the pastor trying a little bit too hard to be hip, that kind of turns him off. But, when it comes to Chad, it seems to hit him right in his soul. Which you may think is just him playing up some game to get a church girl pregnant, and not claim the kid, but he may have really found Jesus.

As for Lawrence? Well, all he finds is Deniese. A young lady who seems nice but as much as Lawrence seems ready to move on, and Deniese has shown herself as available, she may not be the one he needs at this point in his life. In fact, Lawrence may not be looking for a woman for anything relationship or sex wise. He just needs a friend.

Hence him deciding to talk to Issa for that is his safe place, to a point. I mean, yeah, she went SaW

on his heart and emotions, but it seems he has healed and so has their friendship. Hence him pointing her in the right direction to get her block party going and she, in return, trying to help him with feeling lost. For while she was lost in a different way before, she gets it to a point. 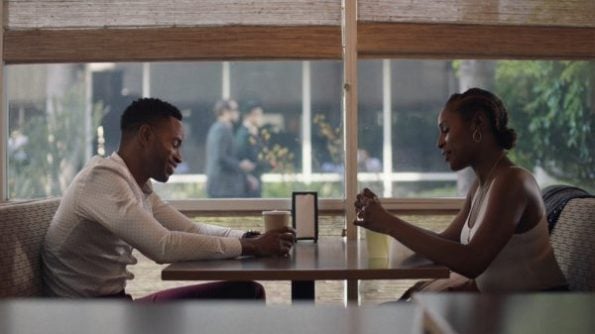 While not a big fan of Lawrence, I am enjoying that, while him and Issa can’t work as a couple, their friendship is supportive and just what both need right now. With that said, I don’t need them back together and don’t want it at all. I’m not sold on Deniese in the slightest, but at the same time I do enjoy the idea of seeing young Black people pursue and experiment with faith. So if she is the shepherd for that, I’m down for it.

I’m also down for this faith thing to lead to Chad evolving because just the leaps Tiffany and Kelli made has really put Lawrence’s homeboys on notice. Tiffany’s husband needs to become more than Tiffany’s husband and Chad needs to be more than Lawrence’s messy ho ass friend. Issa and Molly, sometimes Lawrence, can’t be the only ones growing as people on this show while everyone else is stunted.