As bonuses are given and RIF day approaches, we find Yasmin, Harper, and Daria dealing with shifts that will alter their professional lives, personal lives, or both.

Because of Sara and Daria, Eric has been officially let go, and rumors spread in masse. Some of which include Harper, but with her forced to stay mum about the whole thing, she doesn’t say a word. However, it does become clear that with Eric gone, it means Daria is going to get to step up, and that change she has talked about, she is ready to shepherd it in.

Her first major act? Getting rid of Clement. For with Kasper retiring and Usman having no desire to continue things, he has no accounts. Remember, he has lived on that one account his entire career, so he is involuntarily retired due to lack of hustle and preferring to sleep at his desk. 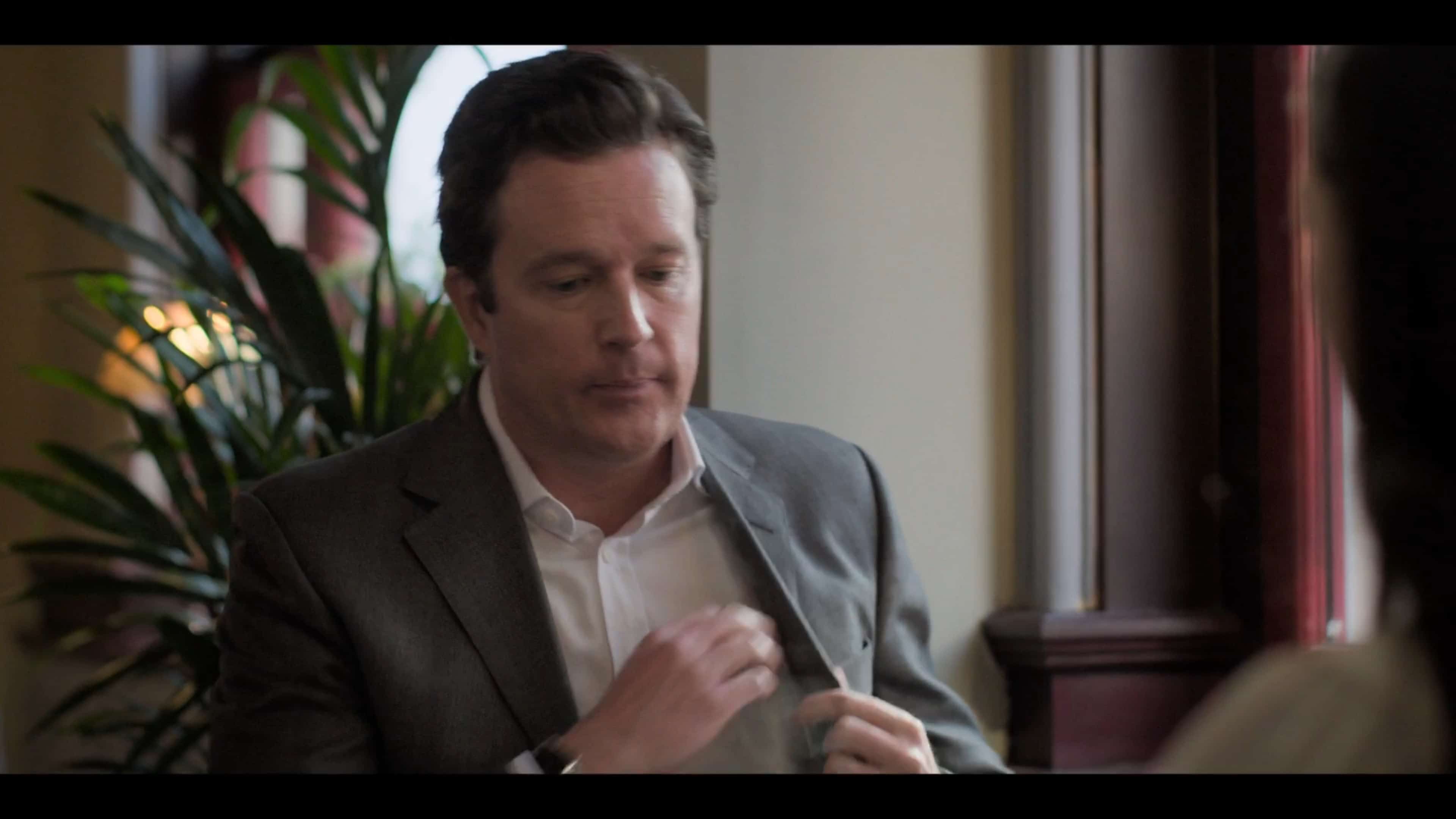 Things come to nearly a literal head as Yasmin comes to the point of being done with Seb. His latest pursuit is trying to make sushi, and in an effort to be a good girlfriend, she prepares a dinner, scouts co-workers to pay, and hopes for the best. However, with talking to her mom, Azar, she admits she wants to end things but doesn’t want to leave Seb worst than she found him.

Yet, at this point, she is tired of trying, and the guilt doesn’t bridle her anymore. She is now at the point of admonishing Seb to his face, around others, alongside flirt with Robert in public. However, what she didn’t bargain for is Harper, once again, having a moment with Robert.

Now, how does she this happen? Well, with Eric gone, all she really has is Robert. Yasmin, too, to a point, but in terms of something intimate and a connection she doesn’t feel is kind of toxic? Robert, even with his use of drugs and what is going on with Yasmin, that’s her guy. So, when he makes a move, she follows suit.

However, when Yasmin tries to make it a three-way, it doesn’t click for Harper. Yasmin’s need for control, power, what have you, it doesn’t turn Harper on. Being told to suck Robert’s dick actually turns her off, and with her gone, Yasmin is no longer in the mood, and Robert is left having to pull his pants up and leave. With RIF coming up, it doesn’t necessarily look good for the main characters. With Kenny’s boss, Hillary, Yasmin is given the impression her use of the messaging system has created some red flags. With Robert, Clement losing his job, and his only client, that is his ass since he was pretty much living off of Clement’s coattails and didn’t establish new business or relationships with his seniors. Then with Gus, he tried to make his way out since, being on the floor, has been nothing but frustration.

However, the one who messes up the most is Harper. It has long been made clear her relationship with Daria is dicey, and without Eric’s protection, she knows she is potentially on the chopping block. So, once again, she tries to appeal to Nicole but, in the process of doing so, makes Nicole possibly apologize for their previous, inappropriate encounter.

Strangely, Harper gets her apology but also loses Nicole as an advocate and a client for Pierpoint. Which Daria questions, Harper lies about, and so Daria further seems like someone who will vote against Harper than for her.

I can’t leave him in a worse state than I found him.
— Yasmin

I keep compulsively checking my balance, and it stresses me out, like, makes me feel physically nauseous, when it drops below a certain point, so I’m not touching it.
— Harper

Gus Having A Potentially Interesting Storyline

In the episode, while Gus failing at getting a job at Goldman Sachs doesn’t lead to more than a new word for your vocabulary, “hubristic,” we do see him talk to one of Seb’s friends and have fun. According to him, fun like Robert often has, but there is the inkling of hope it could be something more. After all, Theo is likely done with Gus, for now, yet Gus isn’t going anywhere.

So one of the best ways he can move on is with another guy – one that is available. And while we don’t get to see them go wild and have a date, just the idea of seeing Gus loosen up and be happy with someone who can return his feelings is the first time we have wanted to invest in him.

The Daria Take Over

Daris has been firing warning shocks forever, and as noted throughout the episode, politics matter almost as much as bringing in money. Because Clement had one client, as did Eric, and that made them safe. We could even add how much Daria talks to Sara makes her safe, despite Eric noting how she would work on clients for years and get nothing.

But, with the men being eliminated one by one, it has brought on the age of Daria, and while it isn’t clear how strong of a role she played in Clement’s demise, you know she did in Eric’s. So with Harper not on her good side, it should be interesting to see if an olive branch is extended during RIF or her feeling like she can’t trust Harper means the end of Harper’s time in London. A Real Feeling That Things Could Go South For Some Favorites

Unlike medical shows, or those about rookie cops, firefighters, and professions like that, we don’t see the grads have any real balance. There aren’t losses followed up by notable wins, or this vibe anyone was ever really secure. Yes, Harper has made money, but her relationship with Eric, as wonderful as it was, ended abruptly and through her screwing him over. Add in the mess that is her credentials and visa, there are far more reasons to believe she could be booted than saved.

Robert is in a similar boat since, have you seen him pick up a phone later and make calls? All we’ve seen him do for half the season, if not more, is party, get sucked off, played with by Yasmin, and party some more. Like Harper, he hitched his ticket on someone who was vulnerable and with them gone, who is going to bat for him? Do the rest of his superiors even know him?

Which is the same boat Gus is in – to a point. Sara sees his value but also put him in a department where it’s sink or swim, and despite him clearly drowning, there hasn’t been any real follow up. Rather, they used his high society home training to impress a lord, and that’s about it. And for what we know, he could have been used as the token, well-educated grad from England who, compared to Harper, is much more palatable to the upper crust.

Leaving Yasmin. The failure to get Maxim’s account, pissing off Kenny, wanting to be one of the guys yet only showing that through her manipulation of Robert, where is that going to get her? What has she done, besides getting food and drinks, that doesn’t make her replaceable? Nothing. I mean, you could say she fits Daria’s vision, but whether or not she gets a vote for someone on another team is questionable.

And while we could be missing something, it really does seem there would need to be a miracle for these grads to be hired. This makes the finale exciting because you really have to wonder if the show is going to show them mercy or really how cutthroat the banking world can be. I mean, they are broadcasting their appeal to the company, in front of everyone.

Gus Having A Potentially Interesting Storyline - 81%

As everyone gets a bonus of a rather nice sum, so comes the question if they should measure it out since things aren't looking so great with RIF around the corner.