It’s Christmas time, but after the holiday party, many things change, and for most, it is for the worse.

With the way life is going, Gus will probably relish RIF day since it means he can leave without having to quit. Yet, with Theo trying to be kinder and saying he could maybe get him switched, there is some form of a silver lining. Add on Lord Oki speaking to Gus, reminding him of his potential, and finally getting someone to see his talent, things seemed to be getting better. 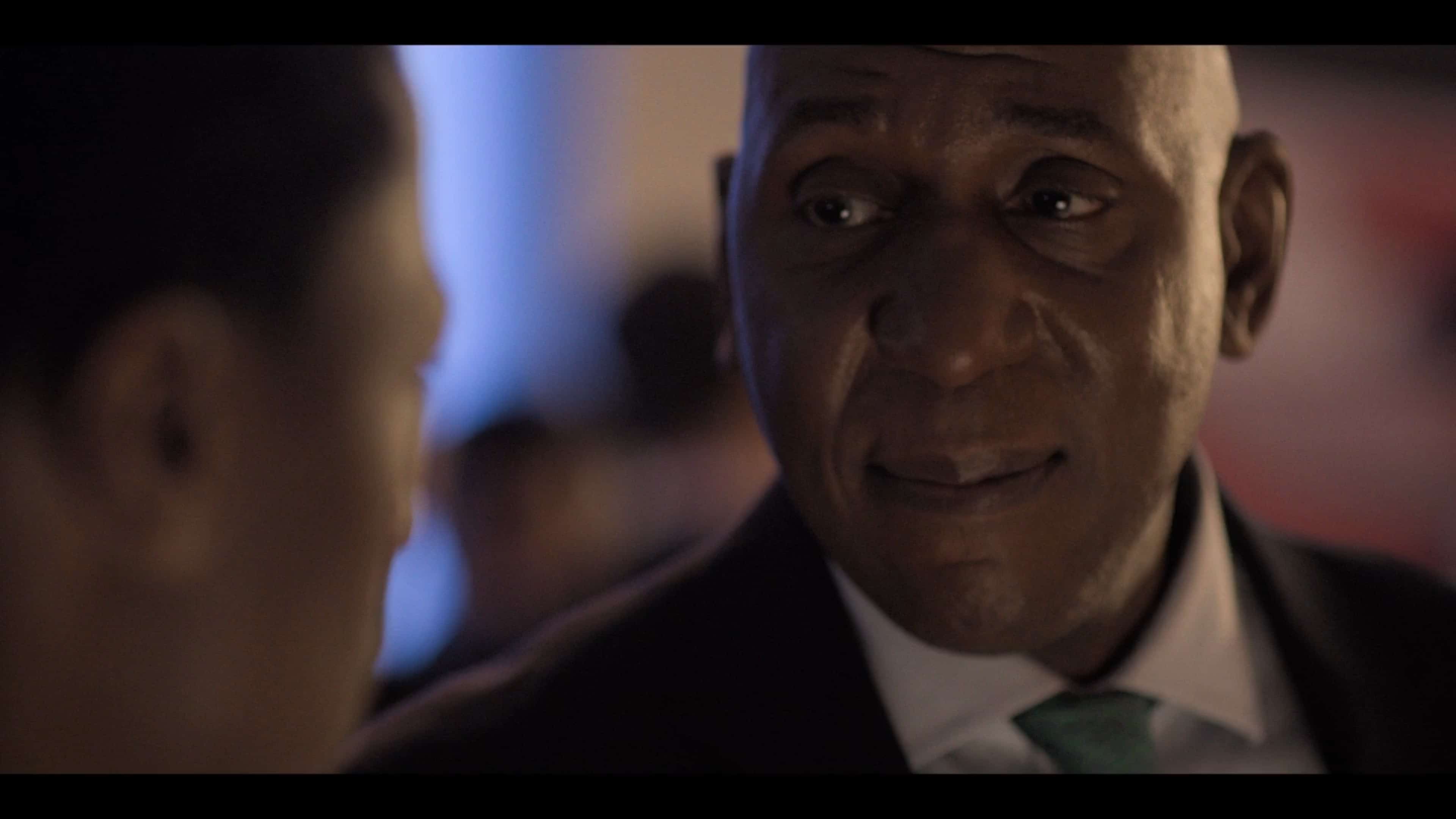 However, at the Christmas party, Gus encounters Alice, and while Gus was able to screw Theo before without her knowing, things click for her when he does it this time. This likely means Theo is going to become distant again. And while Robert is cool, he is no Theo, plus his partying his way to the top, which includes doing drugs with Usman, who may become the new Kasper, and Greg making a fool of himself, Gus just can’t keep up with. 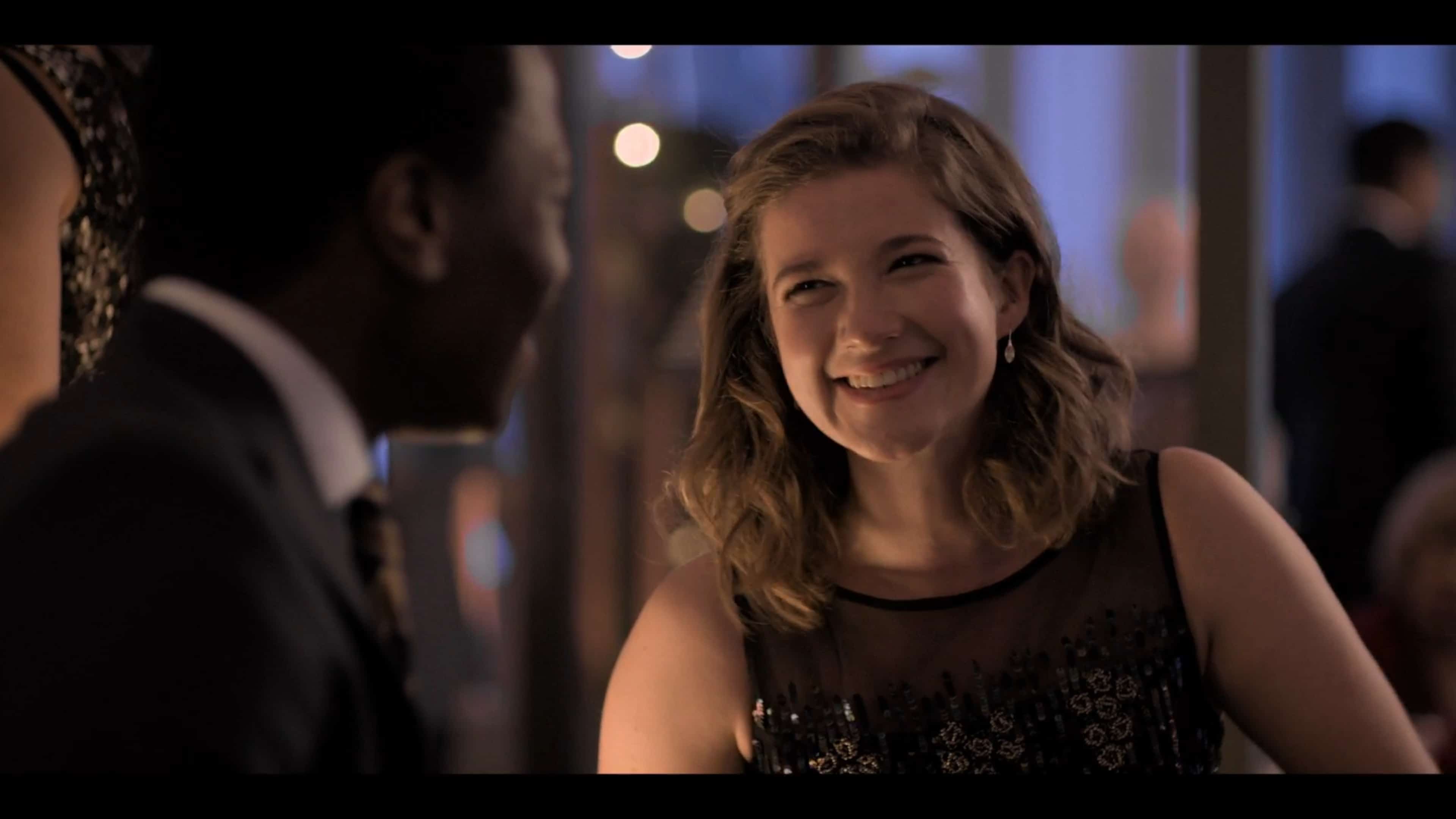 So, for the first time, he takes a day off. Mainly to avoid Pierpoint than because anything health-wise is wrong. Well, besides being a bit haunted by Hari.

Relationships Are Difficult To Manage When They Get Personal – Kenny, Yasmin, Maxim, Robert

Kenny being increasingly nice, Yasmin just doesn’t get it. Especially after the way he has acted. But, whether it is the drink, fear for his job, or what? It makes her look at him with a bit of a side-eye. Yet, with her staying at Pierpoint and not reporting Kenny, Maxim is a bit confused. After all, he feels close to Yasmin, even to the point of allowing himself to seem like a potential client.

Yet, when he gets too familiar, tries to make it seem she is giving her power away, she pushes back and eventually pushes Maxim away. Which opens the door for Robert to get a hand job and be forced to taste his own semen. For if there is one situation that allows Yasmin to feel powerful is in her relationship with Robert. One that she seems to want to honor for, with asking him to eat his own cum, she asks if she has gone too far? Leading you to think, she does care more than she will honestly reveal to Harper.

Eric’s temper has put him on multiple people’s s*** list, and in a moment of weakness, Daria learns what Harper felt when Eric locked her in a room to talk. In that conversation, Daria hears all she needs to in order to report Eric, and pretty much end his time at Pierpoint. But, in order to finish him off, she needs Harper to confirm what she told her to Sara.

That was hard since Eric is so invested in Harper. He even introduces his wife, Candice, who notes how much Harper is talked about at home. Yet, with a confirmation, Eric seems to be getting a severance package and is on his way out.

Put a name on it if you are going to accuse someone of something.
— Kenny

Yasmin Closer and Closer To Doing The Deed With Robert

Yasmin’s storyline is quite tricky. You can see she isn’t trying to change the culture at all, she is trying to fit in. However, how does one fit into a role that was never meant for you and only allows you in because the optics and laws make it detrimental to make it too difficult to exclude you? Never mind, when you do get there, you’re left questioning what it paying your dues or you becoming a secretary rather than a mentee or peer?

Watching Yasmin try to figure what is happening to her due to her sex and beauty, or her personality, is a curious watch. But, it still lacks the oomph it should have. Which isn’t helped by this thing with Robert for as much as you can see her using Robert to re-establish some sense of power, it also furthers her moral decline.

The Fall of Eric

We’re worried that the fall of Eric could mean the fall of Harper as well. Only Eric, in our mind, tried to get to know Harper beyond this so-called chip on her shoulder. For with Daria, I think it was more so seeing herself in Harper, maybe even being worried about witnessing the signs of something and not doing anything, than caring for Harper herself.

Then, with everyone else, Robert, Greg, and the rest, Harper doesn’t really have any relationship with them beyond her own loneliness. Even with her tasking Robert to look after Greg, I think it is more so because he likes her and how Eric embarrassed him than a feeling of closeness. Like, I think Harper is dealing with a sense of guilt that she can’t like this nice guy the way he wants to be liked, yet still has feelings for a douche like Todd.

But getting back to Eric, there comes the question if Daria is going to fill in with Eric gone or if she’ll drop Harper now that she may have gotten some sense of revenge on Eric?

The Majority Of The Men On This Show Whether you are talking about Robert, Gus, Greg, Kenny, or pretty much anyone but Eric, the men on the show are just so boring. What do they really bring to the table when not playing off a female character? As we mentioned in a past review, Gus doesn’t dive into his culture, his relationship with homosexuality, or any of that. Which, with Lord Oki around, you may have thought there would be some conversation, but that doesn’t happen.

Heck, even with Robert, the way his relationship is with Clement pushes the idea there is more to him, but it goes untapped. Rather, we just see him party, be messy, and barely do any work. And it honestly goes on and on with the hint that there is something more we could discover, but with little interest in making the men complicated beyond a few thrown out tidbits, we don’t get much, if anything, to be hooked on with them.

Yasmin Closer and Closer To Doing The Deed With Robert - 78%

As Eric may have gotten fired (!), we're left wondering what that means for Harper. Also, considering Yasmin more and more crosses the line with Robert, what could that mean not only for her relationship with Seb but her time at work? Will the badass we see her be with Robert cross over, or is her source of empowerment limited to just sexual situations?