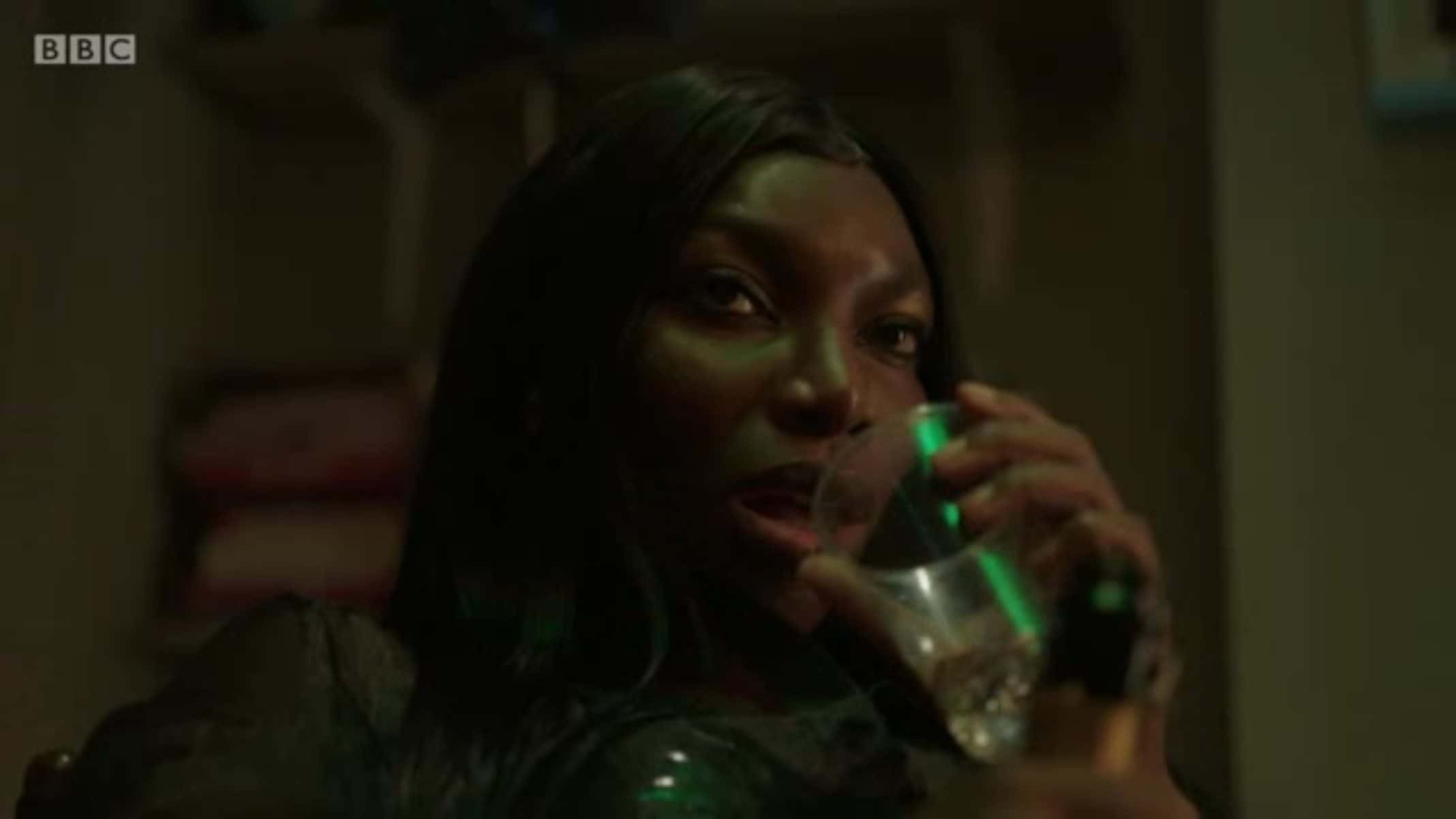 After a lengthy absence, Simon appears, and with Terry pushing him to not be around Arabella, due to his role in her assault, you get why he has been missing. However, as for what caused the situation? It is made clear it wasn’t just Simon and his affair but Terry.

You see, Terry is well aware of how Arabella likes to party, and it seems Simon was not. So, he asked Terry what he should do before venturing off with Alissa, and Terry told him to go. Similar to what she saw in Italy, it seemed she figured Arabella parties like this all the time, and she’ll be fine.

However, this time around, there wasn’t a Biagio but someone far worse who discovered her. So Simon pushes the idea Terry is trying to compensate for her role by going overboard, and putting the blame on Simon to avoid the responsibility she deserves.

Being that Arabella has shifted her writing from Twitter musings and millennial humor to rape, this complicates things. On the one hand, you can see she is passionate about writing again as she tries to reconcile her assault and whether she should truly dwell on it when so many women have it worse. Yet, on the other, there is the issue that the book she is now writing isn’t the one she is contracted for, and Arabella is going broke.

So, a trip is made to Susy, who makes it clear Arabella Is SOL if she doesn’t hand in what is owed. Leading to working with Theo and the “Happy Animals” company, which seems all well and good. At least until Terry’s party when holes are poked in her participating in such a company.

Just Make Sure You Ahead Of The Game – Theo, Arabella, Terry, Kwame, Samson

While no one wants to see their friend broke, with some, like Samson, at a point in life of buying BMWs, how you get your money and from who are becoming important. For beyond being “Woke,” Samson is also educated and aware. Case in point, he goes into the complication of working for a company like “Happy Animals” and how they are using Arabella to access their community and increase their followers, influence, power, and money.

This leads to others, in what was supposed to be Terry’s birthday party, but barely focuses on her, to chime in. Leading to, in the mostly African group, talking about how religion, the English language, and much more was used to dominate and exploit and veganism is the new method. An idea which may sound a bit conspiracy theory, but through the passion, you can understand the point.

Heck, Theo evens lays it out there by noting she specifically recruited Arabella because she was a person of color, and that meant a higher referral fee. She exploited the community she’d give “Happy Animals” access to by being an influencer repping that brand. One which notes it wants to be ethical but, as said in “The Dark Knight,” – You either die a hero or live long enough to see yourself become a villain. Likely, the same will be said about “Happy Animals.” Either their morals end up bankrupting them, or the work and sacrifices required would lead them to become a form of what they claimed to fight against.

But, rather than take the money and be glad for an easy job, instead, Arabella goes live with noting climate change is real, and chicken is delicious – on the “Happy Animals” channel. That quickly causes quite the stir though, that isn’t the only one Arabella causes. She also, by locking Kwame in a room with a man, forces him to reveal what happened to him to Terry. Someone forced to further recognize her lack of sensitivity and who pushes Kwame to reveal what happened to Arabella.

If you’re going to fight exploitation of any kind, you yourself better known when you’re being exploited.
— Pastor Samson

I cannot say enough how much I love Terry’s flaws. Her conversation with Simon was all about her seemingly wanting to avoid owning up to the times she left Arabella on her own and probably being glad when something bad did happen, it wasn’t on her. Instead, it was on Simon, and the shame she presents him to deal with is all about propping herself up.

However, with her trying to find every which way for Arabella to deal with her trauma, you can see it isn’t just about affirmation or self-care, but also Terry’s guilt. Since, even if not invited, she could have said or done something.

Take note of Kwame’s situation, for example. She made it seem Black women don’t do coke and, except Arabella, Black women, if not Black people, don’t get raped. That ignorant statement, said so casually, you have to appreciate for it is by no means politically correct. It is how people talk when they aren’t at their place of work or feel like they are being recorded. And as much as we love shows with progressive themes and ideals, even now and then, you need a real person who is a bit of an ass.

With that said, you have to appreciate how Kwame’s story is being touched on. Especially his relationship to sex for with him noting his first time was with two strangers, who he didn’t know the names of, in a dark car, so many questions come to mind. Many beyond the superficial, like how many partners has he had, and whether he gets consistently tested, and more so about what this show might be trying to say?

Specifically, in terms of Black gay men, is it trying to speak on some sense of hypersexualization? Considering how devasted Kwame felt when he learned the other guy found someone, will it be the challenge of finding, as a gay Black man, another one who is out, and willing to publicly love you? Where is this storyline going?

One of the things I feel needs to be talked about with this show is how it presents a Black experience that isn’t American based. Often, the conversation of Blackness is American dominate, even in terms of the current Black Lives Matter movement. So, at Terry’s party, to hear sentiments often said by Black people, to hear Samson, who speaks like many a Black radical about exploitation and how Black voices are being used to access a vulnerable community, you have to appreciate this different point of view.

Granted, it’s a familiar conversation with a different accent and origin, but it gives you a sense of oneness. A feeling that isn’t the easiest to have since, unlike Black American media, Black African media, whether from the continent or elsewhere, is just really started to gain accessibility. Mind you, I wouldn’t say it gets the promotion and marketing to truly feel like something you don’t have to seek to find, but progress is being made.

A part of me wants to say that the topic of assault, rape, and the shock of it all, is important to “I May Destroy You,” alongside consent, but so is the characters being Black. Which a part of me adores for it helps you understand why so much is different about this program. Arabella’s inability to dwell on her rape isn’t because she has bills, but because she knows Black women who have gone through so much worse that it makes her check her privilege. Thus her lessening what was a serious trauma because she thinks she doesn’t deserve to call her pain what it is.

Then when you add Kwame’s situation, Terry being someone hard to love but not easy to hate, and you get this wonderful mix that really challenges you and forces many conversations rarely had.

you get this wonderful mix that really challenges you and forces many conversations rarely had.