I May Destroy You: Season 1 Episode 6 “The Alliance” – Recap/ Review with Spoilers “I May Destroy You” ventures into dangerous territory as it exhibits a false rape accusation.

As Arabella recedes into herself a bit, Terry is pressing her and Kwame to do something. She especially presses Kwame as she notes Arabella is entering a kind of safe mode and shutting down. All the while, completely ignoring that is what Kwame is doing. Leading you to wonder, how did Kwame join this friend group, and does he have an individual friendship with Terry, or is she just Arabella’s friend? 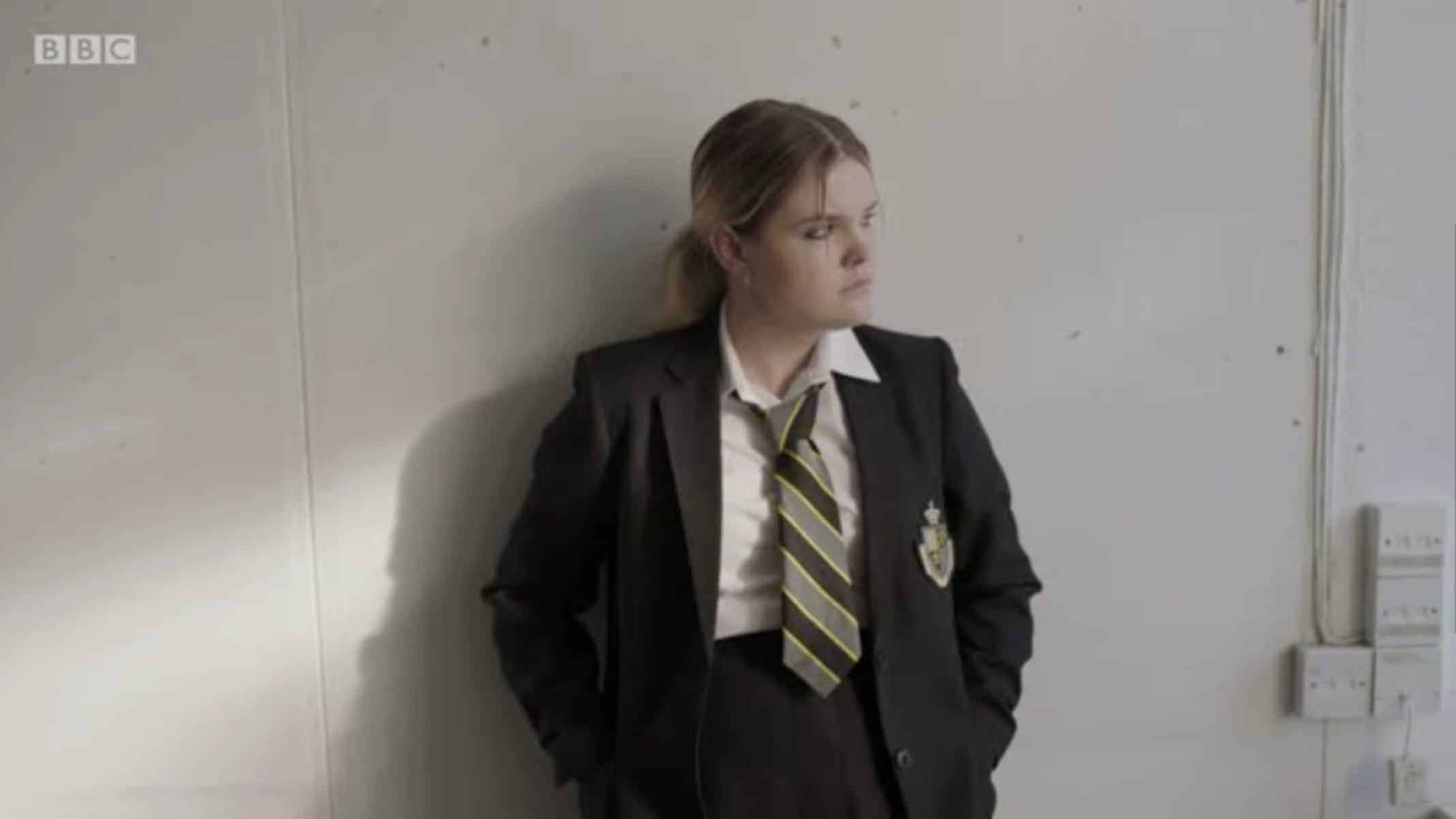 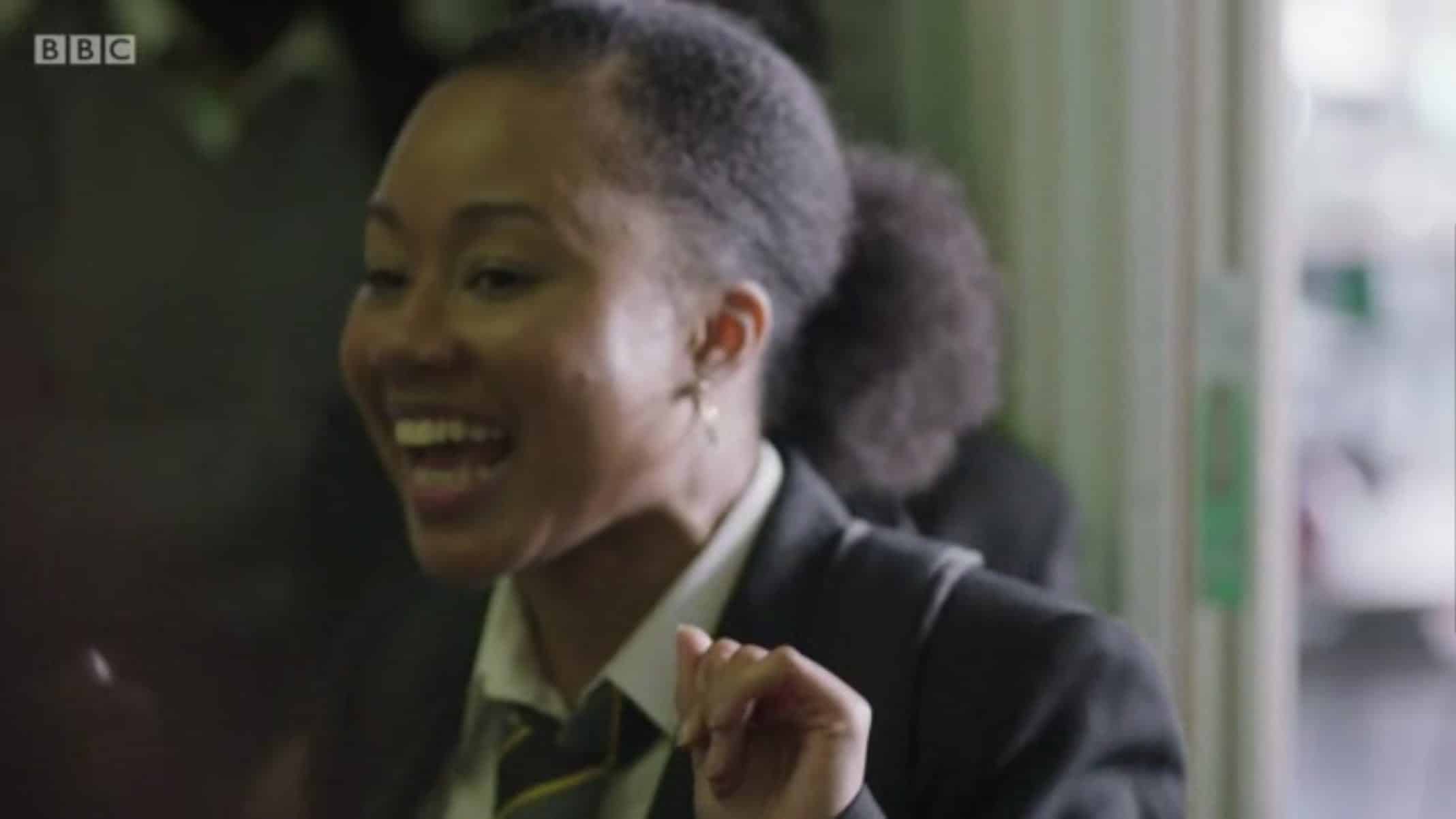 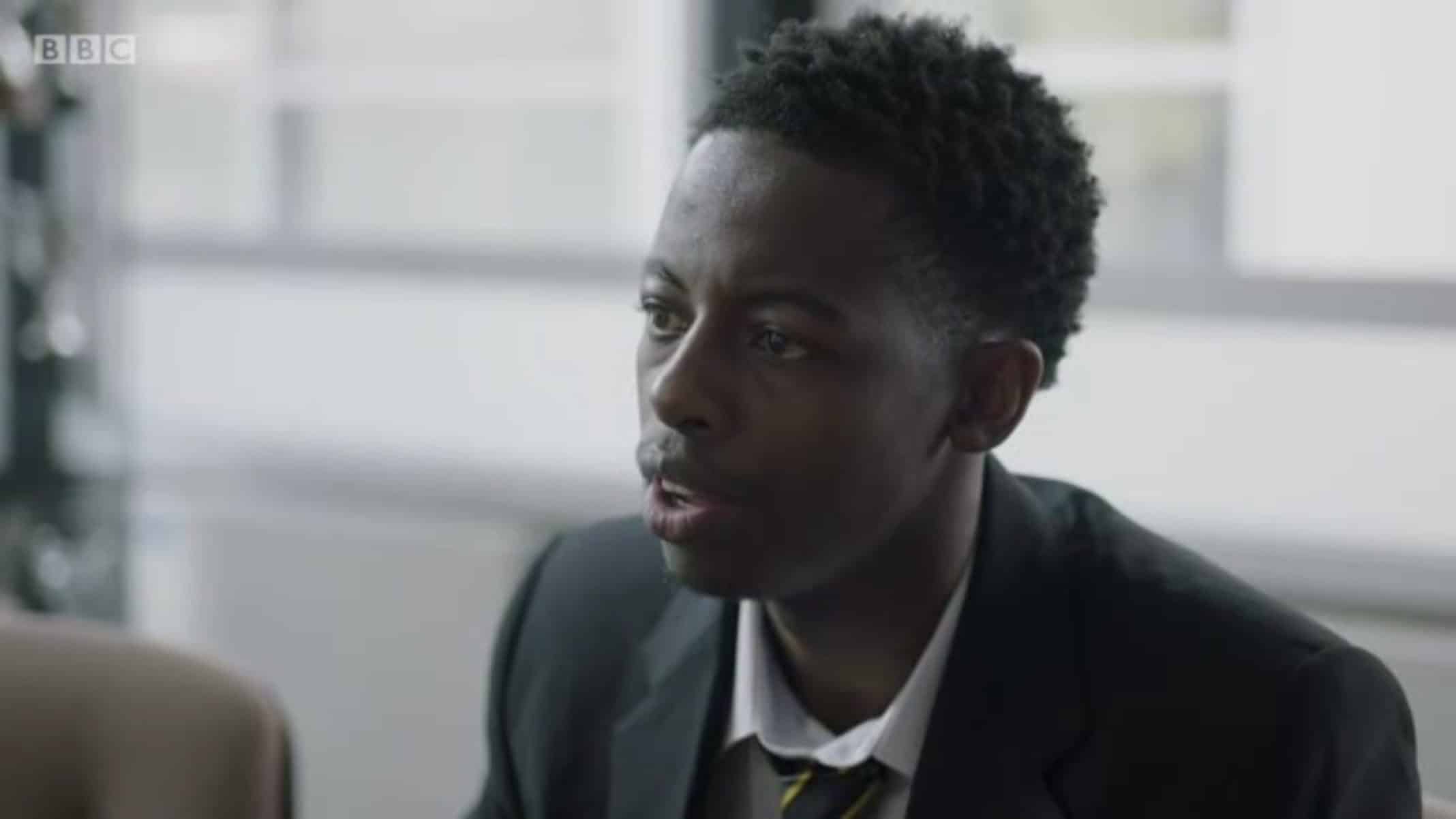 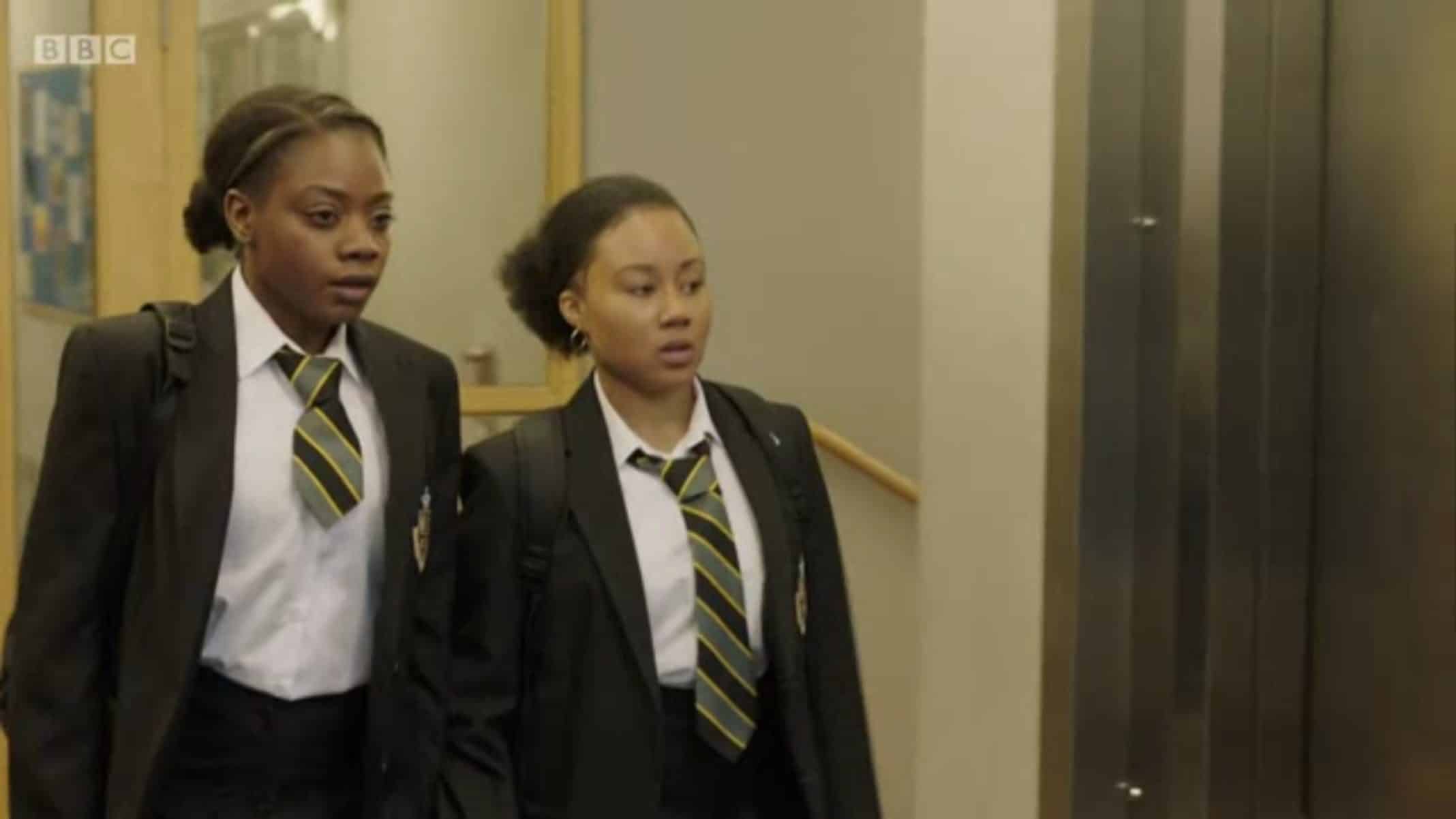 To much surprise, Arabella decides that, rather than continue to talk to Terry or the therapist her publisher was paying for, she joins a support group. One that Terry thinks she should come to, but Arabella makes it clear it is for survivors. Which, at first, Terry is accepting until she hears Theodora from their highschool is running it.

Now, why does Terry raise red flags about that? Well, because Theodora fakes an assault. You see, Theodora came from a bit of a complicated home in which, allegedly, her mom made her lie about being assaulted by her dad when she was 7, so her mom could get sole custody. Then, in her teen years, she lied about a young Black boy, Ryan, assaulting her, since he rejected her. That is, alongside making her feel cheap and used since he’d rather pay to be with her than claim her openly or publicly.

As you can imagine, Terry doesn’t like her since Ryan was not only her and Arabella’s friend, but Theo made a very elaborate lie. One in which she was held at knifepoint, raped to the point of bleeding, and with Arabella and Terry already experiencing racism in terms of how they were treated, compared to the white girls, this put them over the top.

But let it be noted, Terry wasn’t a saint back then. In fact, she was one of the first ones to drag Ryan’s name in the mud. Mind you, when the proof came out he was innocent, she had the same energy, but it does further explore the issue of someone being guilty until proven innocent. Though, with the show likely not to dive in further, it touches upon a complicated subject but leaves it without the conversation needed. Especially if Theo is going to become part of Arabella’s life in present day.

How White Girls Are Treated vs. Black Girls In School

There is this odd perception that racism in Europe either doesn’t exist or isn’t as bad as in the United States. Now, while not talking about a police shooting, I think Arabella and Terry made it clear that, compared to Theo, they aren’t treated like sweet and innocent teenaged girls. If they cry, there is no sympathy, whispers, or having a kid run out of the class asking for anyone. Hell, if they had their head down too long, that is a demerit or pop on the head.

Making for another one of those moments where you can see Coel wanted to not dive into a subject matter but did feel it had to be brought up. That, even if it just starts an online conversation of people relating, it has value even if the show can’t fully express an experience.

I’m not going to say we don’t like Terry, but I appreciate Terry is allowed to be flawed. Mind you, not to the point you think she deserves a comeuppance or to be humbled, but she is allowed to be human. We see her struggle as an actor, yet she also isn’t the best of friends. This isn’t to imply she doesn’t care about Kwame or Arabella, but she does so in a way that benefits her. If not, makes her comfortable.

To put it a different way, Terry isn’t the friend who will sacrifice how she feels for your benefit. She puts herself first, and you can’t be mad at that. After all, who knows what Terry’s life is like? 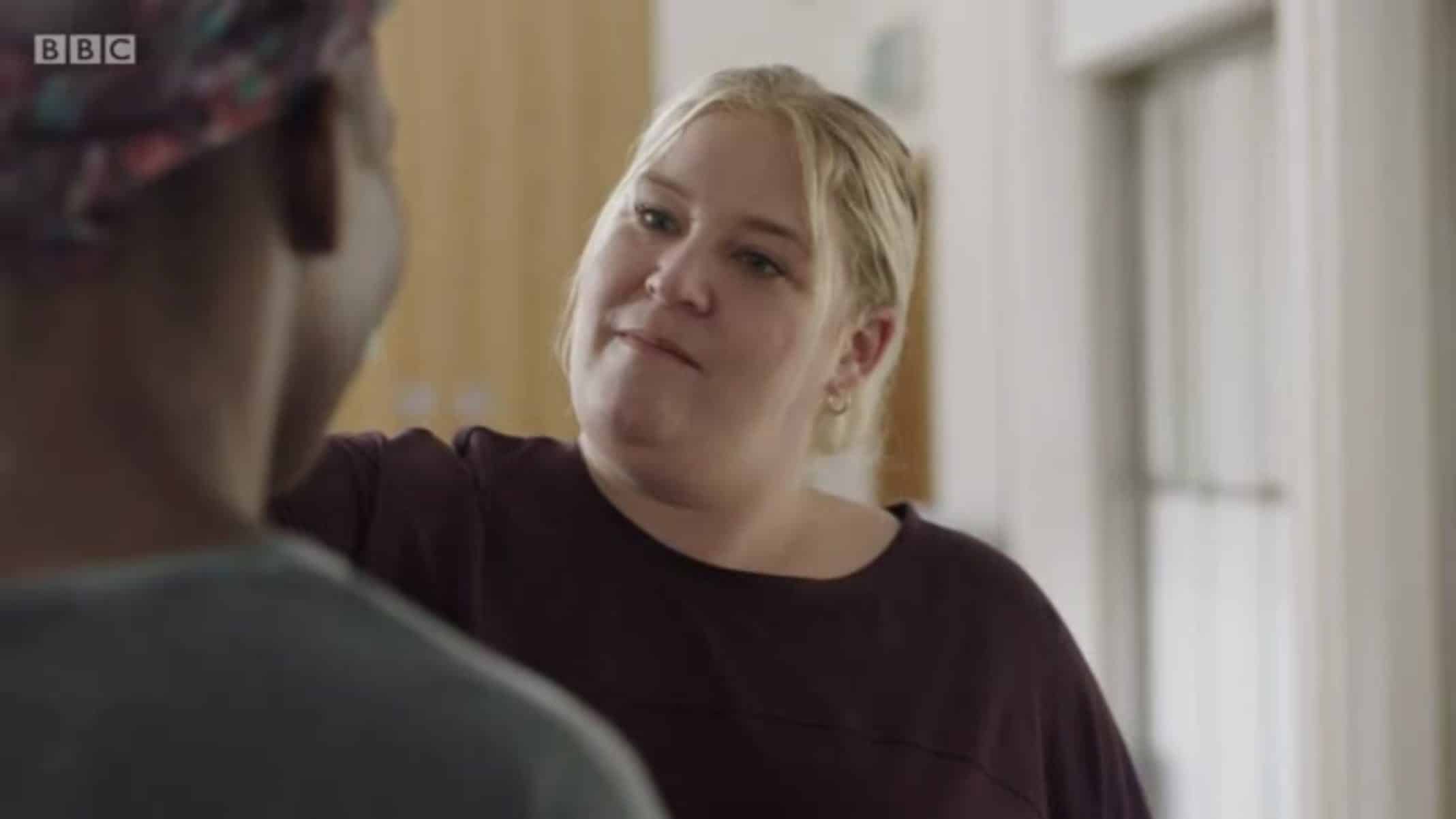 Theo possibly lying about what her dad did to her and outright lying about the situation with Ryan, that was something. But what has us iffy is the inclusion of a fake allegation is a weird thing to have on a show that has three assaults take place. Leading you to wonder, what is the reason for Theo’s?

Is it to show one, and that they exist, but are a small minority? Could it be commentary on how quickly an accusation can ruin someone’s life, even when people don’t have the facts? Perhaps another showing of how Terry is a questionable friend, if not how friends will throw you under the bus, publicly, as if you weren’t just at their house the other day? Hell, was this supposed to touch on Black male and white woman relations?

Our issue with this may always be how are we supposed to process what happened? Someone being assaulted and raped, we get how to deal with that. However, how do you deal with someone lying about it? Never mind, it would be interesting to see how Ryan dealt with his friends, originally, believing Theo yet also being the ones who saved him. There is just so more that needs to be said and explored, and with Ryan not seen in the present day, we can’t even get to see how he feels about the situation, now long separated from it.

Drama, like comedy, isn’t supposed to just make you feel but make you think. And when it comes to situations like Ryan’s, we haven’t really found ourselves going through the motions like that since the first season of “Liar.” And while we feel the topic could have been executed better, there is room to expand. Also, taking note of Kwame’s continued presence, and what that brings to the assault conversation, that is why the show remains in the realm of being something you should watch.

How White Girls Are Treated vs. Black Girls In School - 84%

Drama, like comedy, isn't supposed to just make you feel but make you think. And when it comes to situations like Ryan's, we haven't really found ourselves going through the motions like that since the first season of "Liar." And while we feel the topic could have been executed better, there is room to expand. Also, taking note of Kwame's continued presence, and what that brings to the assault conversation, that is why the show remains in the realm of being something you should watch.

One thing I didn’t understand about this episode is why the photos proved Ryan’s innocence? He could have taken them whilst raping her.

She gave permission for him to have them for his own PERSONAL use, after he says he won’t show anyone. In actuality, he has ALREADY sent the photos to his friends. She throws his phone out the window so he took and SHARED the photos without consent. I would agree that you largely missed the point here.

Noted. I think the rape accusation created a bit of a blind spot for me. Making what happened before a lesson to pay attention to and hopefully not get lost in the shuffle of future viewers.

I would disagree on missing the whole point. The concept of consent isn’t lost on me when it comes to Arabella and also Kwame, for that’s cut and dry. What complicated things for me was, between Theo and Ryan, he didn’t have consent to take the pictures, was called out for trying to build an archive, and then got consent by paying Theo. Now, I get what you mean by coercion, since she liked Ryan, and seemingly the goal was to please him. However, with accepting the money, so comes the question of was that her giving consent? Note, I’m not sure it is said whether either are the age of consent in the UK, never mind the child pornography issue. Both of which are not made into bigger deals despite the role they also play.

Then, in terms of her getting in trouble and him not, with the pictures exonerating him, I think that is also a murky area. The focus is so much on the false allegation and him being absolved, we’re not told what could of happened to him. Our focus is more so on the lie told. So whether he got suspended, his mom was called, or whether anything was done about possibly having child pornography, that isn’t dug into. We’re just left with a situation that isn’t as straightforward that calls for conversation since it is a layered scenario. One in which, similar to Terry, it could get people talking, even without all the facts, and making judgements strictly based on what they know and feel. Be it due to personal experience, what they have read, or purely based on what was presented in the show.

But I do thank you for the perspective. I think the fact Ryan is a Black kid, and Theo white, and then the allegation, it became such a huge thing to me that it led me to not take note of him taking pictures without her consent.

“Then, in her teen years, she lied about a young Black boy, Ryan, assaulting her, since he rejected her. That is, alongside making her feel cheap and used since he’d rather pay to be with her than claim her openly or publicly”

You’ve completely missed the point of the episode and by the sound of it the whole show. This show is an examination of consent. Ryan takes photos of Theo WITHOUT CONSENT, then coerces her into taking more photos. Theo lies about being rape, but it’s the photos he takes and shares without her consent that exonerates him. Theo faces consequences for lying about Ryan, but he faces no consequences for taking and sharing the photographs.

Ryan’s rejection and Theo feeling cheap and hurt that he won’t publicly acknowledge their relationship is only a small part of what is going on.