Just as Laura is able to achieve some baby steps forward, we are met with a surprising figure ready to obliterate all of her progress – permanently.

We Need To Talk About Sam: Joe, Sam, Sophie

Being that Sam is synthetic, while he recognizes Karen is dead the permanency of that doesn’t really hit him. Yet, thanks to talking to Joe and especially Sophie, who picks up where Karen left off with showing him how to be a kid, he begins to mourn. Maybe not in the same way most people do, for he doesn’t understand it, but he definitely doesn’t want Karen to stay dead. 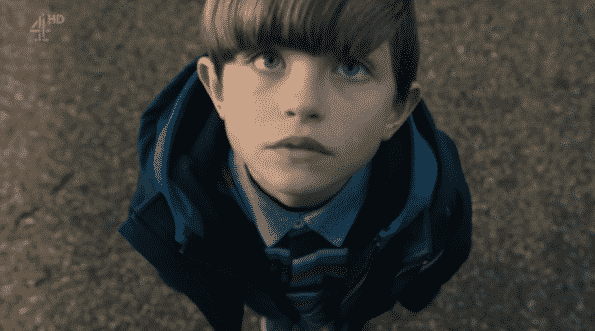 It’s always interesting when a show which is about adults decides to shift things and focus on the children of the show. For, nearly in all programs, kids are seen and only heard when reacting to a situation. Like Sophie becoming quite robotic in reaction to Mia being gone and the impending dissolution of her parents’ marriage.

However, watching Sophie and Sam chat, especially knowing Sophie’s love for synthetics, not only was something in terms of the conversation they have this episode but the future. Because, Sophie now has a synth, that is accessible to her, that is about her age and who she can talk to. But there is also this other factor where, if she connects with him, even gets a crush, so comes the problem Sam will never grow up. Sophie will become a teenager, an adult, but Sam will always look like a 10-year-old.

So, even if things don’t become romantic, you’ll have this small synth, with a mind of an adult, who has to deal with looking like a child. Which, taking note of the issues the adult synths have, imagine how the world will react to synths that look and can act as kids?

As seen for most of the show, Mattie doesn’t really have friends. If she isn’t hanging around family, it was synths or Leo. So, with her finally returning back to university, this girl Audrey approaching her is a bit weird but kind of welcomed in a way. Especially with Mattie in a STEM program which meant for her, sadly being the only girl for 2 years.

But, unfortunately, we learn Audrey isn’t a new student as much as a journalist, one with hacking skills, who is investigating Mattie for the code which vindicated VJ. The one who was going to go down for Zero Day. Now, how did she catch Mattie? Well, it is because coding as a language, like verbal language, has dialects and ways of doing things which can be very unique per coder. So, simply put, Audrey, using her deductive skills, was able to compare and figure things out. Mattie is going to jail ya’ll. But hey, at least in the process of doing so, there was a call out dealing with how few women there are in STEM. Plus, it isn’t clear when the shoe may drop but at the very least Mattie will not only get to experience friendship but friendship with another woman in the process. That’ll be nice for her right?

Thanks to Laura, the Dryden commission makes it where assaulting a synth means a £300 fine (Almost $400). Something which may not be much, because jail time is always a better deterrent, but it is progress. Well, depending on who the synth is. For Max? This is the type of progress needed for him to open the gates and maybe start integrating into communities. Maybe even hang out with Mia. However, some like Anatole think it is a bit too soon for all that and he even brings Agnes out of storage to assist with something. Also, he calls Stanley to kill Laura’s family the following day.

As for Mia? Well, she too was happy until she learned how the baby step isn’t enough. In fact, now she feels the need to not have Laura be their proxy but also speak for themselves. After all, she is growing a platform. There are forums and people who stand beside her and gain hope through her actions. So, with that said, she demands a seat at the table. Something Dryden isn’t jumping to the idea of but will, at the very least, let her address the commission.

Though, again, if Anatole has his way, any baby steps forward will not be met with a major pushback. I cannot wait for Anatole’s explanation of himself. Not just his betrayal of Max but why in the world would he kill Laura and her family? She has been nothing but an ally to synths and while maybe not presenting the leaps and bounds they may want, she is getting them something. But I guess after listening to Agnes all this time, he figures waiting on humans to do the right thing isn’t in his best interest.

Though, what really has me confused is Stanley’s part in all this. Is he a green-eyed synth undercover? Because, really, contacts are the only thing stopping most synths from masquerading in the human world. Well, that and a sense of dignity. But, point is, is Stanley conscious or could Anatole all this time have not been some benevolent synth, who seemed to have a crush on Max, but this diabolical terrorist who desires some form of synth supremacy? Even if he looks at his creator, a human, as a form of god?