As Asriel begins to give his allies a reason to question his leadership, Marisa tries to negotiate with people for Lyra’s safety.

While Ogunwe, and most of his army, is away, that doesn’t mean there weren’t some left behind. Such is the case of Joseph and Maddy who, with their father indoctrinated by The Temple, their world’s authority, don’t want to leave. But, to keep them company is Mary, who continues to wander about, being directed by whim and some form of guidance.

Unfortunately for Baruch, Balthamos’ partner, an archangel named Alarbus kills him. This is shocking, but maybe not as much as Asriel torturing him for information that leads to a name: Metatron. That is the name of the angel who once ruled the kingdom of heaven, but it appears there might be a regent in their place. It’s hard to say, and as much as Asriel tortures the captured angel, there comes a point where his daemon tells him to stop.

This incident leads to a question of why some, like Xaphania, would side with humans in their rebellion? The same is asked of Ruta by Ogunwe. To which it seems the only answer is their faith in Asriel and to finally take a stand that can bring balance and a new republic to the different worlds.

Not Without My Daughter – Lyra, Will, Marisa, Father Gomez, Asriel, Ama, Balthamos, Salmakia

With sensing the loss of his partner, Balthamos loses his will to assist Will. Thankfully, this is after he helps him find Lyra, with the help of Ama. However, between losing Balthamos and then his blade breaking, Will is in trouble.

Marisa, originally, was willing to team with Will as his role as a bearer guaranteed some protection. But without the blade, he is useless. And only saved by Father Gómez being mesmerized by Marisa and leaving himself vulnerable enough to be knocked out, and a fairy solder, Salmakia, knocking Marisa out.

Add in Iorek handling a barrage of gunfire and Ama offering something to wake Lyra, and the two barely escape with their lives.

Will having his blade break is notable not just for him but because it was supposed to be a God killer. So without that, what does that mean for Asriel’s army? Heck, what does that mean for Will’s fate since him breaking the blade doesn’t mean he isn’t the bearer anymore, does it? Never mind, he now has this notable profile and without the blade, never mind what the heroes may do to him, but what about their opposition who may try to kill him, and he has nothing to fend them off?

There Already Being Issues Within Asriel’s Ranks

From Ogunwe, who is asking a lot of questions, to Commander Roke, who Asriel treats less like an ally and more as someone under his command, there are more and more issues that are formulating. I’d even add, in terms of Xaphania, it seems she sees Asriel as an end to a means for her goal but in terms of truly supporting him? Wholeheartedly? She might be wavering. Not enough to betray him, but as time goes on, I believe we may begin to see Asriel’s leadership be tested, questioned, and at an inopportune moment, someone challenge him for who should lead.

Prolonging Everyone Coming Together

There has to be a build to the final battle, that’s understood. Also, things can’t come together in a snap because this is based on a notable book, and with Warner Brothers Discovery, like so many entities, wanting franchises, they want to leave fans wanting more. They want to dwell on this, touch on that, and make you hope it gets revisited because that story or character was so good. It’s the way the machine works.

With that said, while the two-episode premiere allows for viewers to get reacclimated, it makes the pacing feel slow. For even with major players converging on where Lyra is, Will losing his blade, Lyra not wanting to join her dad’s war, and so many other things just makes you wonder if this is going to pick up last minute.

Now, granted, this is coming from someone who gets real impatient with sci-fi and fantasy shows because the balance between visuals, storytelling, and getting to the point, always seems off. So here is hoping the pace can get to where it needs to be, so when it comes to Metatron and the rest who are part of the Kingdom of Heaven, their introduction doesn’t feel rushed or dwelled on so long they don’t get to be the epic entity they are pushed to be. 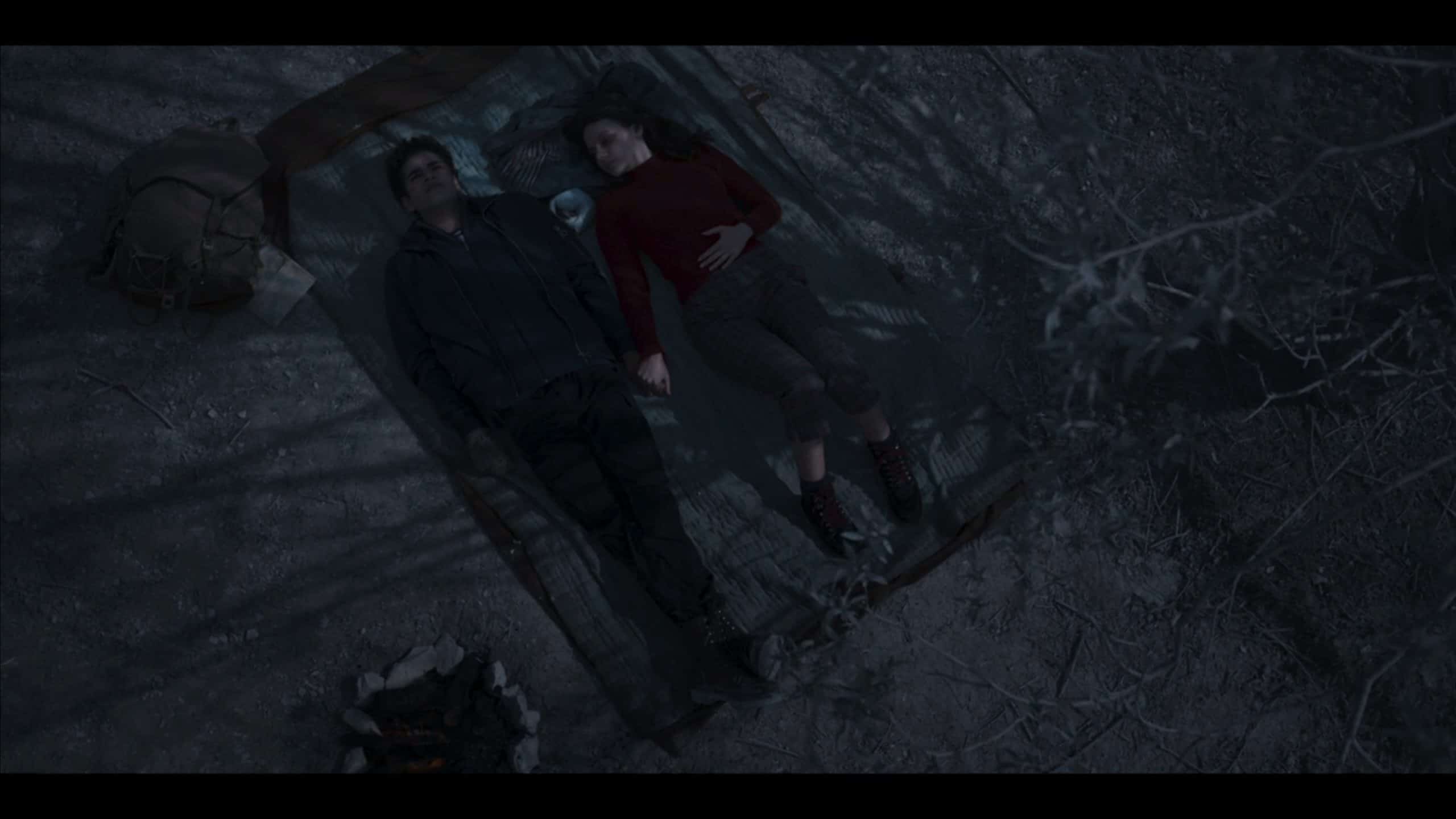 His Dark Materials: Season 3/ Episode 2 – Recap/ Review (with Spoilers)
Overall
“His Dark Materials” with season 3, episode 2 allows you back into the fold of remembering who is who, but once that happens, it makes you want things to go full speed ahead, and it seems that may not happen.
Plot and Dialog
80
Characters Development and Performances
81
Visuals and Sound
83
Pacing
75
Value For Intended Audience
84
Community Rating0 Votes
0
Highlights
There Already Being Issues Within Asriel’s Ranks
What Will’s Knife Breaking Means
Disputable
Prolonging Everyone Coming Together
81
Subscribe to our mailing list