Boreal makes moves that lead to him getting closer to what he wants as Lee stumbles in his efforts to find Stannilus Grumman.

In the search for Dr. Stannilus Grumman, Lee finds himself encounter members of The Magisterium. This isn’t a friendly encounter for Stannilus is considered a heretic. But in conversation, Lee does learn he is allegedly up the Yenisei River. However, invoking Stannilus’ name doesn’t invoke friendly feelings. Hence Lee being shot at and murdering someone in self-defense.

But, with the Magisterium right outside his door post-murder, he gets beaten up and imprisoned. Though to make the situation worse, Mrs. Coulter was forced into a layover at Yensei, the town Lee is in, hears about him, and planned to torture him for information. That is until he invoked Mrs. Coulter’s memories of her childhood. 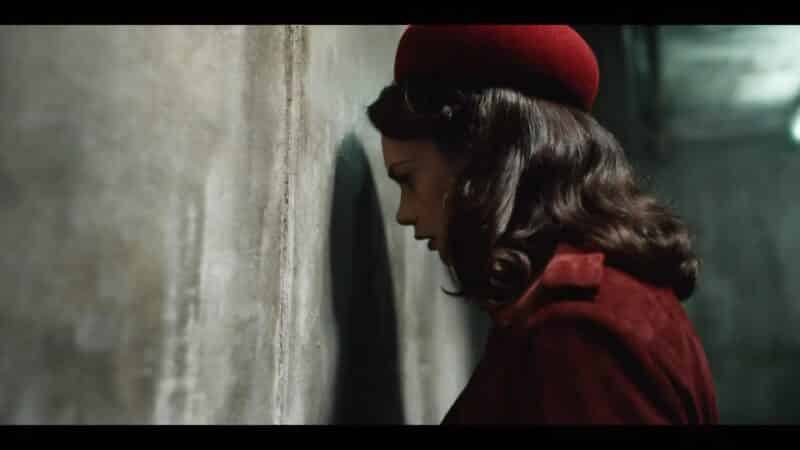 You see, Lee was abused as a child and recognizes Mrs. Coulter was also abused. So with that, he tells her that all the torture in the world won’t match what he has been through, and she knows it. Leading to her, despite a difference in opinion over what’s best for Lyra, letting him go. Albeit under the ruse he hurt the guard and escaped, but let’s not pretend Mrs. Coulter doesn’t have a soft spot for some.

A War Is Coming – Iorek, Kaisa

While most of the focus has been on the human world, when it comes to the bears, Asriel’s actions have negatively affected them thanks to now experience what looks like global warming. Making Lyra’s safety and her destiny all the more important, hence Iorek telling a witch envoy, Kaisa, that she had crossed over the same path Asriel took.

Lyra does her best to not only be there for Will but honor her commitment to Mary, even with knowing the dangers of operating alone. Yet, considering Mary’s research can help uncover what Dust is, and help her understand why Roger had to be sacrificed, she takes the risk. One that leads to her losing the alethiometer to Boreal.

This, as you can imagine, puts a near-immediate stop to Will’s search for his dad since the alethiometer was providing them guidance. But what frustrates Will the most is that Lyra just left, and her only message about where she was came in the form of a note that could, and was, missed. This leads to an encounter with Angelica, which reinforced the idea that Will soon will be hunted by specters. Making the idea that, in order to get the alethiometer from Boreal, they have to go back to Cittagazze and from what is called “The Torre degli Angeli” or Tower of Angels, get a knife – dangerous. But those are Boreal’s terms, and while neither trusts him, what choice does Lyra and Will have? The witches, Iorek, and all others looking for them may not be able or willing to cross into other worlds. So they’re on their own.

Resurrection comes in the strangest of forms.
— Lee

While we do infrequently see a kinder side to Mrs. Coulter, what triggered the desire to allow vulnerability and weakness isn’t always clear. After all, with being one of the sole women in The Magisterium we see, so comes the idea there is never and will never be the opportunity to let the wall down. Yet, as shown by her kindness to Thorold, and even to Lee in this episode, despite her go to being torture, be it with men, women, or even her own child, she has a soft spot.

And with that, you realize as hardened as Mrs. Coulter is, it wasn’t purely due to her job but her life. One that, thanks to her own father, similar to Lee, she knows immense pain and how to replicate it in order to get what she wants out of others. Thus deepening the complexities of what it means to be Mrs. Coulter. 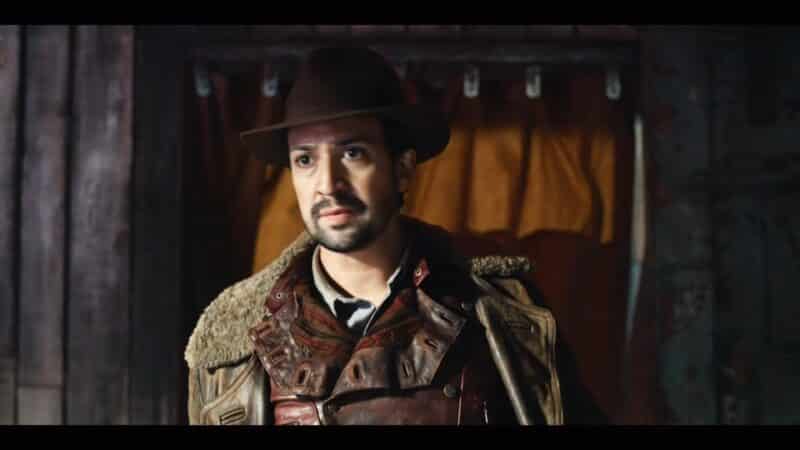 Lyra remains one of the top reasons to watch, as we say every week. Her lies as she tries to maintain the ruse that her name is Lizzie, her connection to Will, even how she faces Boreal, that energy is what drives His Dark Materials. For that cheekiness, that’s playful but at times is also smug, you see so many different aspects of Lyra all at once.

Then when it comes to Will, I think there is a push and pull going on there. Lyra wants to save him, yet with Roger’s death still fresh in her mind, she wants to hold him at arm’s length in case something goes wrong. But with Will needing her close, while we will drop the idea they will be romantic, there is this intimacy you can see her trying to fight off out of fear they both will end up hurt throughout their journey.

And when it comes to Boreal, honestly, for a man who lurks in the shadows, who should be far more interesting than he is, it is only when Lyra or Mrs. Coulter share a scene with him you take note of his objective. Otherwise, like Lee and the witches, he exists, deserves to be acknowledged, but is by no means a draw.