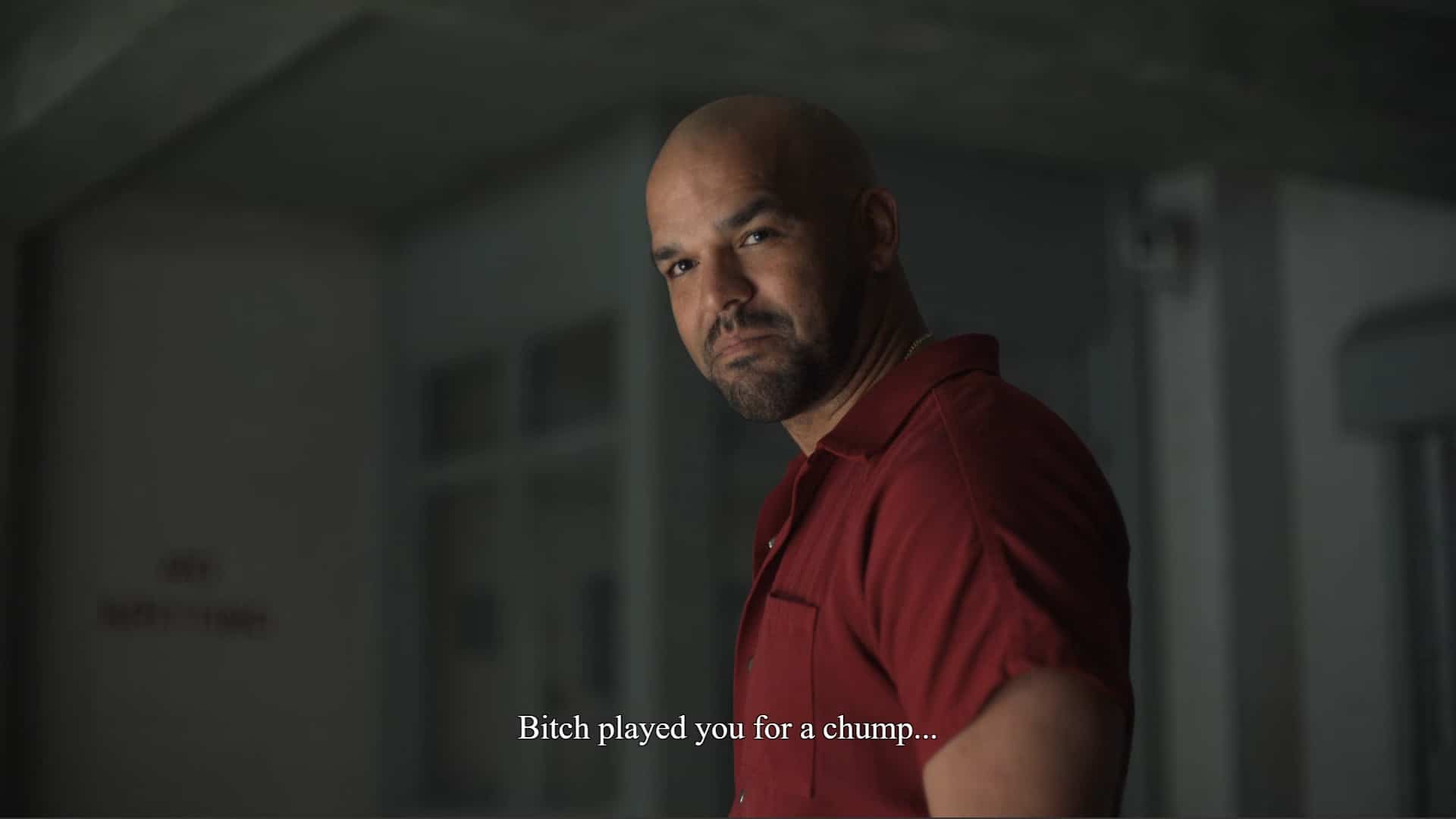 In the finale, while we’re forced to realize some things may never change, there are multiple plots set up to make you clamor for season 3.

Being that Alan was just using Osito, the bail hearing ultimately is a farce since it would require $1 million to be put down. But, to make matters worse for Osito, he learns Vernon is being put in gen pop due to his urine coming up dirty. Though, thinking on his feet, Osito realizes they can expand with Vernon heading over there, but to be king of the general population, there is one thing he has to do.

But we’ll get to that in a second. What matters is, no sooner than Vernon is out of the cell, Osito’s bail is posted to Alan’s surprise. However, it seems Ralphie’s uncle, The King of New York, has plans for Osito, and after giving him a day to be with Janelle, he is called to work.

This leads us to talk about Frankie. Both Renee and Ray visit him, seemingly to rub their freedom and relationship in his face, and he decides to plant seeds of doubt with both. When it comes to Renee, he has her question whether Ray would still want her when he is back to being a cop? Also, he threatens her life to make her anxious. As for Ray? Well, he pushes the idea Ray got played and that Renee is the one who killed his cousin, not him. But with Renee revealing she is pregnant, it seems Ray sets aside his investigation, which proves Renee did kill Jorge. 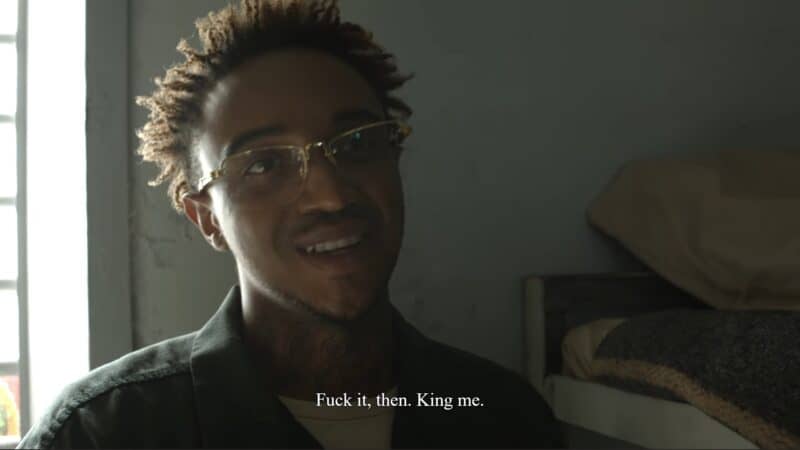 Oh, and speaking of people getting killed, Vernon attempts to kill Frankie, but we’re not sure if he got the job done or not.

With Renee recanting her story and blaming Frankie for coercing her to take down Ray, he got his job back, which means Alan being forced to work for the understaffed homicide division. A place where you don’t get a work/ life balance but, lucky for him, but not Renee, one of his first cases will have him looking into Jorge’s death with a stronger magnifying glass.

Switching over to Charmaine, one of the last things Alan did before white privilege got Ray his old job back was instructing Leslie and Jackie to escort Charmaine to prison. The idea here is, they got Frankie for murder charges, but not narcotics, and Charmaine is the key to that. But, unfortunately for Jackie, on top of Charmaine screwing her over, when Jackie tries to be nice to her and give her a tampon, Leslie follows this up by blaming both Alan and Jackie for Charmaine’s escape to save her own ass.

With Lt. Smith pissed Charmaine was lost in the woods and making it seem, at best, Jackie might be stuck at her desk, she is freaking out. She calls Ray, who just got back from meeting Renee’s mother Callie, and he tries to talk her down but doesn’t say the words she needs to hear to not make things worse. For after drinking with Ron at Ed’s retirement party, she is at that drug dealer’s house, and it seems she is about to give up some ass to get a hit. 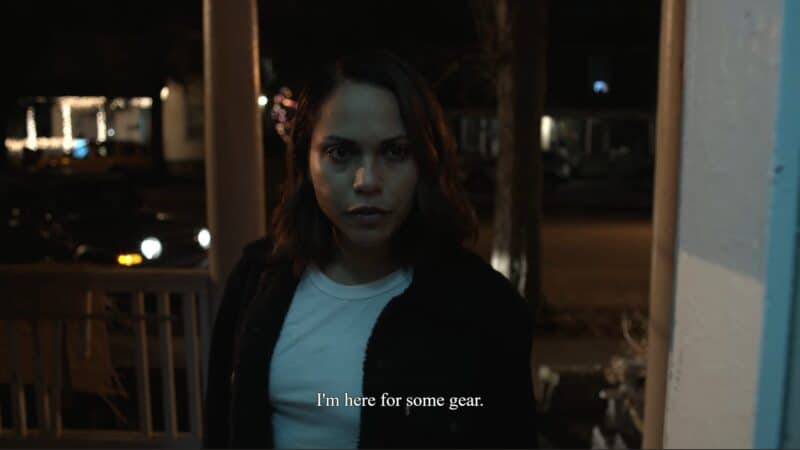 Thus, the wheel continues, and Jackie goes on a bender.

Osito and Charmaine On A Crash Course

I genuinely hope Frankie is dead, for that opens up so much screen time for Osito, Charmaine, Ralphie, and whoever Ralphie’s uncle is. Think about it, even in prison, Osito was holding it down as a character, and now he is out, with status, and is one of the top pseudo-villains on the show again? What more can you wish for? Oh yeah, Charmaine escaping the cops in the Cape and heading to New York, and maybe us getting to explore her relationship with Ralphie.

Now, I should note, this isn’t me saying Charmaine should be downgraded to Ralphie’s love interest. More so, when the other option is watching her on the run for the entire third season, I’d rather her lay low in New York, maybe make modest moves, and hang out with Ralphie.

But, this dream is highly dependent on Frankie being dead and not just injured or put in a coma. For, otherwise, this show will become massively bloated, and let’s be real, did anyone want to watch a Frankie Cuevas trial?

Ray Is A Cop Again While, sadly, we’ll still likely see Alan, with Ray being told by Lt. Smith he’ll be commanding a New York Task Force, there is hope that Ray will absorb a notable amount of the screentime Alan used to have. For while Alan is good at his job, as shown by him trying to be hard with Osito, he doesn’t hold a candle to Ray, who, no matter the storyline, is the hook of this show, and thankfully, is once again being treated as such with this grand comeback.

I’m tired. I get addiction is an ongoing struggle, and it doesn’t take much to knock Jackie down but, what is this? Is this her third time hitting rock bottom in a single season? Granted, each time she relapses, it is for a new reason, but I’m getting tired of this old song, and honestly, like Frankie, I’m starting to wonder if it would be such a bad thing for her to get killed off?

Mind you, I know it isn’t going to happen as this show doesn’t have any other cop who is a woman of color to take her place, never mind a queer person. But, considering how Ray was handled when his life crashed and burned and how Jackie is dealt with, it almost makes you wonder if Jackie is an obligation to the show? Hence, her storyline can be seen as apt to addicts but makes you turn cold to her person.

I’m Supposed To Be Mad About Alan, Right? Is it BS that Alan got one of the worst sergeant positions after a career-defining case? Absolutely. However, it’s Alan. Seeing him deal with the BS of white privilege, while it should rile us up, Alan is just not the character you get angry about suffering. Never mind a pseudo-demotion which, yes, will mean him possibly coming after Renee, but considering Renee may not have that much going on now that she is with Ray? It’s better than Alan being front and center and tasked with carrying scenes.

Plus, and I mean no disrespect to the actor when I say this, Alan showed that he can’t fill Ray’s shoes this season. Heck, I would say, because of how Alan is crafted, this might be the best thing for the character since now, between Renee and Ray, he’ll be partnered with an actor/ character who knows how to make him look good. Because, when it came to Osito and Charmaine, while we love those two, if you don’t match their energy, they will eat you up in a scene, and they chewed up and spat out Alan like tobacco nearly every occasion.

Hightown: Season 2/ Episode 10 “Fool Me Twice” – Recap/ Review (with Spoilers)
Trajectory: Plateau
In a way, it seems the show is still practicing course correction, and we're appreciative of it. Each season it eliminates or downgrades characters and plots not serving the show, and while Jackie remains more often a liability than an asset, beyond the PR of having a character who is a queer woman of color as the lead, things aren't looking too bad.
Highlights
Ray Is A Cop Again
Osito and Charmaine On A Crash Course
Disputable
I'm Supposed To Be Mad About Alan, Right?
Jackie Hitting Rock Bottom – Once Again
78
Follow Wherever I Look on Twitter and Instagram, Like us on Facebook, and Subscribe to the YouTube Channel.