There are shifts in nearly every romantic pairing you can think of as new couples become pending and others either do or seem on the path to breaking up.

With Antoine trying to steal his girl still in the back of his head, Ashlyn is working on easing Big Red’s worries. However, after a career aptitude test notes he’d be best in the service and hospitality industry, she pushes the idea him taking over the pizza restaurant isn’t good enough. This causes minor issues, for Big Red receives this as shame, but Ashlyn quickly makes a shift to note her acceptance of Big Red’s dreams.

Another couple dealing with issues are Carlos and Sebastian, to a minor degree. For them, the main issue deals with Carlos and everyone actually having shady comments towards Sebastian. But Carlos joining in perhaps hurts the most.

Which leaves Kourtney and Howie. Kourtney has always wanted to avoid the kind of drama she’s seen Nina and so many others in, yet the first boy she dates, what does he bring? Big-time drama. Howie, though, tries to paint the picture he didn’t tell Kourtney about going to North High strictly due to him wanting her to get to know him, and he does his best to win her affections back through song.

It isn’t clear if it works, but with them working together unless someone quits or she really shuts him down, he might keep trying.

With Miss Jenn trying to dip her toe into the local commercial scene, she recruits Benjamin to help with this audition for a commercial. This is taken note of, as he helps Miss Jenn nail her line by setting her up to do it perfectly before she knows the camera was filming. Thus resulting in Miss Jenn feeling seen, appreciated and Benjamin hoping that something could happen between them. Especially since Ricky’s dad is no longer in the picture.

Switching to Gina and EJ? Pretty much, they are bound to be dating within a few episodes. EJ is available, attentive, complimentary, and has a dynamic with Gina that she likes and appreciates. Plus, they can do more than talk about the school performance and get vulnerable with each other. Be it EJ talking about his dad getting him into Duke and how he feels about not earning the opportunity or Gina speaking on how it feels to have the kind of life she has had.

The End Of An Era – Nina, Ricky, Big Red

At this point, it is acknowledged that things aren’t the same, and while Ricky is chasing what they used to have, Nina is looking for something new, challenging, and exciting. So while they have had a long run, and their most recent reconciliation was just a few months ago, and it took a lot of work to get back together, it is mutually decided things should end. Thus leading to Ricky going to Big Red for comfort and Nina? Well, she cries alone. Ashlyn Realizing She Was Imposing Her Dreams Onto Big Red

A lot of things work in parallels, and in this episode, one of those things is where Ashlyn is and where Ricky is. Ricky wants to impose his dream of Nina being who she was and maintaining what was safe and comfortable for him and asserting this in hopes Nina would comply. For Ashlyn, she hinted and presented the idea Big Red was perhaps dreaming too small and should dream bigger.

The problem for both is their desire for their partners to be who they want, but while Ricky is in an unstable place where he needs the consistency he has known, Ashlyn’s home life is good. In fact, you hear little to nothing about what goes on in her household. So when Big Red pushes back, she doesn’t feel the need to try and double down but rather let him know it is cool, and let it go. This is a very good lesson since it is easy to get wrapped up in how you see someone to the point you forget they are their own person with their own dreams and desires. Thus leading to animosity, distance, and the eventual dissolution of the relationship if you don’t allow a reconciliation between who you thought someone was, their potential, and who they are, and what they want, to come together.

I feel that Sofia Wylie might just be someone who has good chemistry with most, so in the case of Gina and EJ, it isn’t that she is doing the heavy lifting, but her character is so open to forming a connection, it makes most a good partner. Which, by the way, isn’t to downplay EJ opening up to her and their chemistry. However, there is a mix of longing and uncertainty due to the writing and performance of Gina that pushes the idea as strong and brave as she can be seen by many, it is because the alternative is presenting herself as she doesn’t want anyone to see her as. Yet, based on EJ’s progress, it seems she is growing comfortable enough to show him the side that isn’t always ready for a challenge or a battle of wits.

How Nina and Ricky Ended 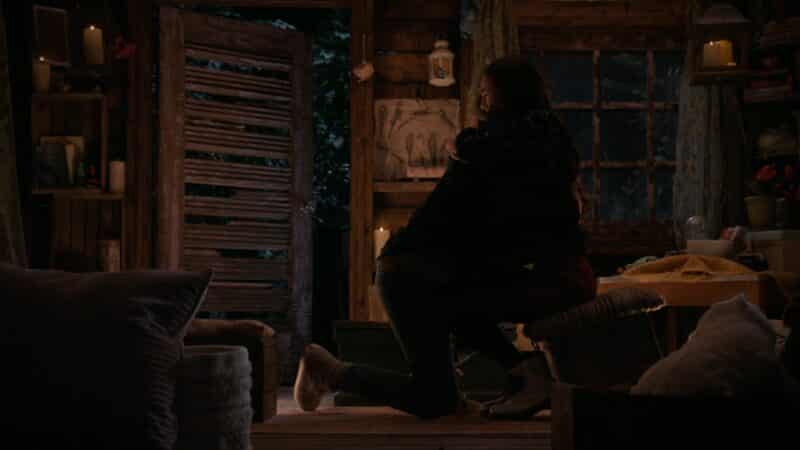 Representation isn’t just about seeing people who look like you or love like you on screen, it is also about seeing people act in a way that you can identify with or set examples that seem possible for you to follow. For example, Nina and Ricky’s relationship ending reminds me of Andi Mack, in the sense of you being shown why the relationship isn’t good for either party and why it needs to end. For too often, the idea is, there needs to be something extreme like cheating, a big-time lie, or something of that ilk. However, showing that people can grow apart and, despite their history, no longer be good for one another is important.

After all, there is so much focus on finding “The One” and the honeymoon period, but not so much on what it takes to be in a relationship. Much less, what are the signs you may need a break, a deep conversation about how things are, if not a break up to either preserve the friendship or at least keep things cordial. 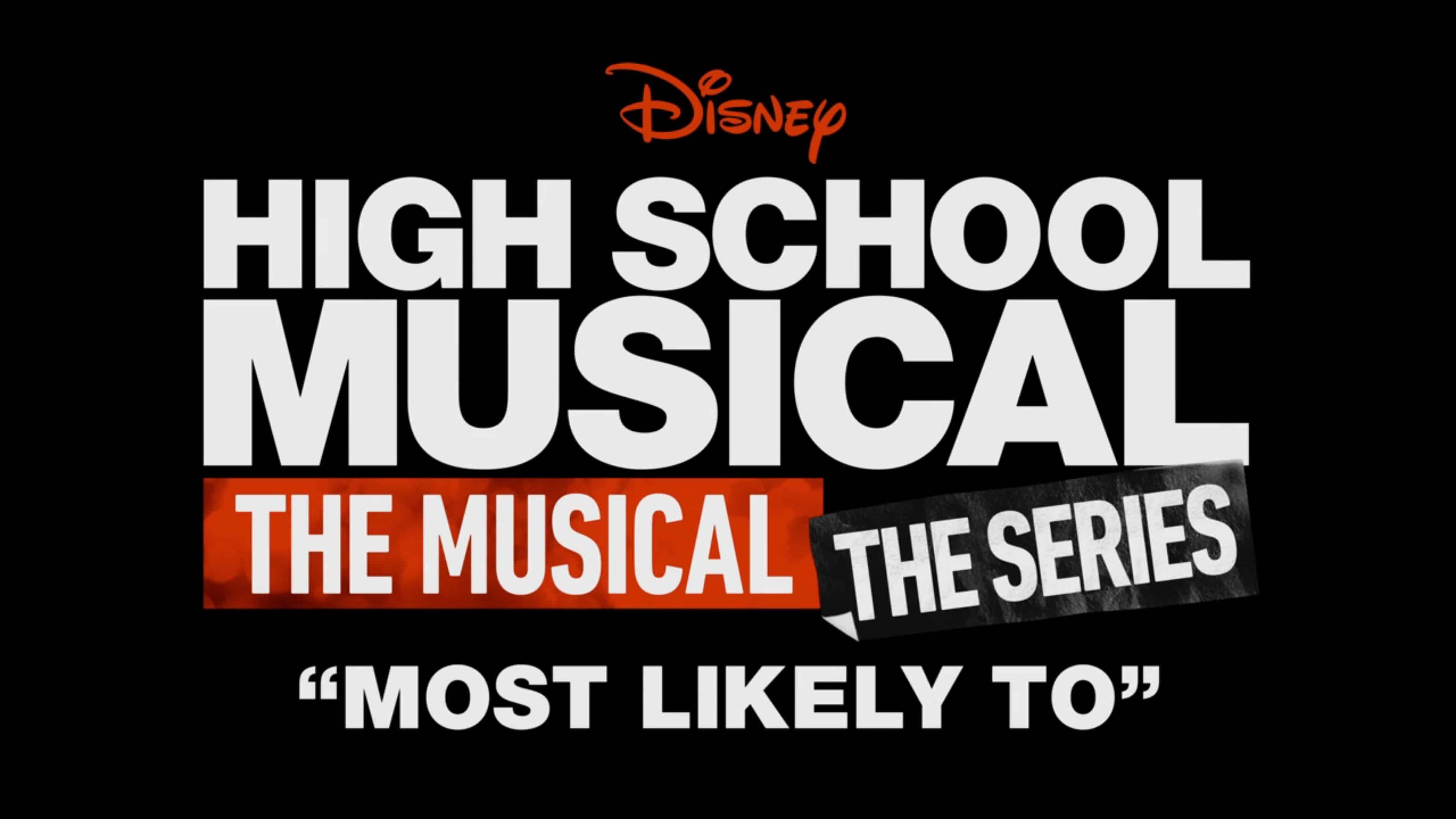 High School Musical: The Musical: The Series Season 2/ Episode 8 – Recap/ Review (with Spoilers)
Trajectory: Plateau
Between Big Red and EJ's performance of "Gaston," Howie's song, and how the relationships were handled this episode, I'm mad at myself for not making this more of a priority.
Highlights
Ashlyn Realizing She Was Imposing Her Dreams Onto Big Red
Gina and EJ
How Nina and Ricky Ended
Disputable
85
Subscribe to our mailing list