As North High and East High have a head-to-head battle, there is the question of where the mind games end, and the truth begins?

With Nini’s song blowing up, everyone is happy and proud, and this fuels the belief that when Ricky’s beast mask goes missing, North High must have taken it. So, with the impression that North High wants beef, East High decides to invade and look for the mask to no avail. However, upon Lily discovering them, she brings Antoine and the rest of the crew to confront them, leading to a dance-off.

However, there are a few things worth noting here. The first is that Gina, out of worries she’d be destructive, decides it would be best for her to be a lookout. She originally was going to do this alone, but EJ decided to join her, especially as a guy starts hitting on her. Thus, the two fake being together, and it becomes a bit of a gag for them. 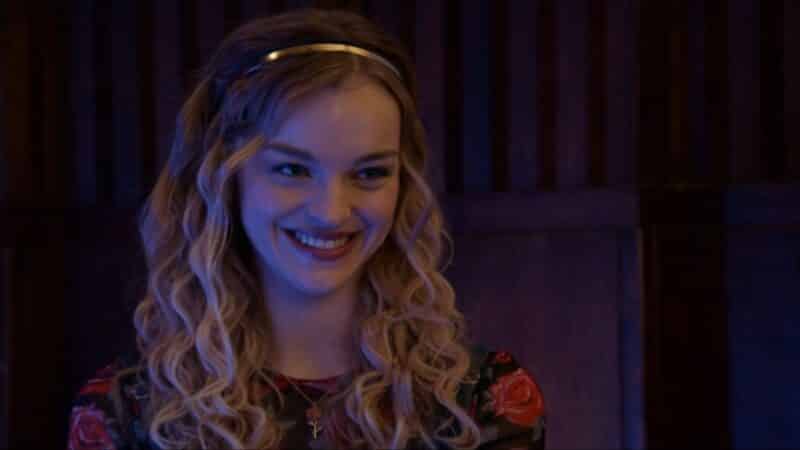 What also needs to be noted is between Lily and Antoine, both try to sow a bit of friction for Ricky, Ashlyn, and their relationship. For Ricky, it is Lily noting Nini’s song should be looked into more, especially the lyrics and their possible meaning. This is paired with some flirtation to let Ricky know, Nini may want space, but Lily doesn’t. Then for Ashlyn, Antoine just hits on her and makes Big Red jealous. Oh, and he also insults Big Red to boot, which makes Antoine catching Ashlyn during the dance-off an issue.

As for the Nini situation? Unfortunately, Lily plants the seed, and it blossoms quickly, thus causing Ricky to act a bit stank and reveal his true feelings about the song – which may not even be allowed for the Menkies, and Ricky is A-OK with that.

I’m Not Saying You Did – Miss Jenn, Zach

Miss Jenn didn’t want her kids getting involved, and rather they stay at East High and continue to practice while she talked to Zach. For between switching to the same production and just little tits for tats here and there, she just wants there to be peace. Also, these are kids, and she doesn’t want them a part of any issues they may have and doesn’t want them getting overtly aggressive when this all should be fun. 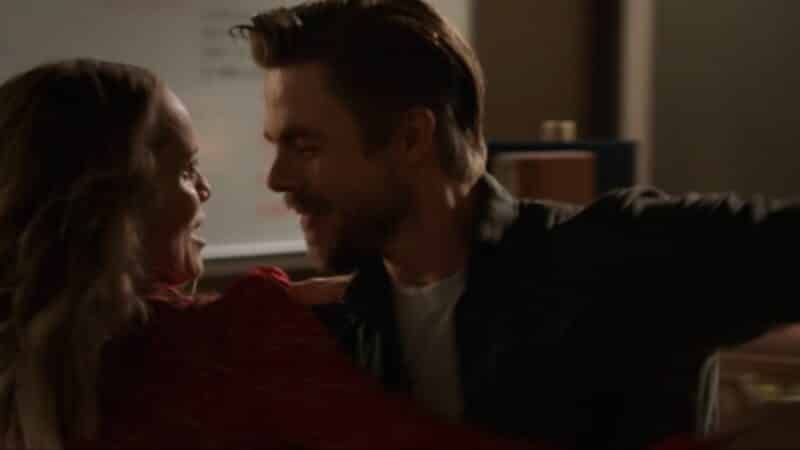 Zach’s response? Originally he agrees and even does a song and dance number with Miss Jenn out of friendly competition. However, when Miss Jenn learns Zach stole the East High Beast mask? It’s on like Donkey Kong.

This Is Me – Howie, Kourtney, Nina

With all the temptation to betray, if not outright betrayals, Kourtney was expecting to tell all of this to Howie in a date planned. However, she comes to learn Howie plays the Beast in North High’s Beauty and The Beast, leading to massive questions about his intentions throughout them knowing each other. And for Nini, with learning Ricky didn’t truly support the song, he just tried to, she decides it is time to find appreciation elsewhere, so rather than go by Nini, she does by her real name, Nina, and charts the path to solo success.

I ship it, do you ship it? Granted, I enjoy Gina with Ricky more, but I think Ricky might be too insecure for Gina and would probably cause her to go through what we see Nini going through right now. Plus, let’s be real, long term, what are Ricky’s prospects? Gina is talented in dancing and singing, Nini, rather Nina, in singing and songwriting, and Ricky? He is pushed, on the show, to be capable but by no means excelling.

This isn’t to say EJ is the best there is or will ever be, but, rather, he seems to work far harder, and even though he has some ways about him, it seems he has made an effort to evolve for himself. That is, as opposed to Ricky, who changed his life mainly to win Nina back and hasn’t kept the same energy to keep her.

Is It A Mindgame Or Real?

Does Lily have an interest in Ricky? What about Antoine in Ashlyn? When it comes to those two, the likelihood of them playing mind games ranks way higher than being sincere. However, with Howie, it is harder to say. For one, Howie was working at Big Red’s before Kourtney show up, so it isn’t like he found a way to work there and get close to her. Also, if you recall, Kourtney made the first move, so, again, it isn’t like Howie comes from Lily’s master manipulator training facility. So we can only hope he is given a chance since Kourtney was hesitant at first, really into dating someone during, and seems utterly devastated now.

We’re back to teen drama, and while it doesn’t take the show down any notches, it does push you to wonder whether or not a redeem storyline might be done or if this season’s villains will stay as they are?