In the season finale, second chances are given to many, which allows for some surprises and things you might have been hoping to happen for a while.

So, How Did It Go? – Kourtney, Howie, Ricky, Big Red, Ashlyn

So, the mask toss went off ok. No one seems to be complaining, and the high remains! However, once the show is over and people start prepping to head to Big Red’s Pizzeria, a few notable conversations happen. The first of quite a few include Howie and Kourtney, which doesn’t reveal that Lily stole the harness. Rather, he just notes how in awe of Kourtney he was all this time, in front of her mother, which seems to lead Howie to get her seal of approval. Big Red with a lit up sign that says “Ashlyn”

But no one beats Big Red. He always saw Ashlyn’s name in lights, and damn if he didn’t make a lit-up sign with her name in lights, so she could see what he has long did.

What Was All Of This For? – Miss Jenn, Carlos, Gina, Nina, EJ

Despite Miss Jenn having a moment before the second act that made it clear she was pushing the kids and herself too far, she remains in that zone even after the show. In fact, with Carlos no longer in a state of shock, even he seems ready to distance himself from Miss Jenn.

However, while distance is healthy for the kids from Miss Jenn, as she works through her personal issues, the distance EJ is creating between him and Gina hurts her. Hell, it’s a trigger. For with him canceling their date, she puts on a brave face until she can be alone and assume she can cry to herself. But then Nina shows up, and while they had beef in the past, at this point, they are cool, and Nina does her best to remind Gina she is not just a catch but is awesome on her own.

Because of this pep talk and bridges being mended, Gina decides to connect Nina with her brother Jamie, who Nina calls later that night.

After The Show Is the After Party – Miss Jenn, Ben, Ashlyn, Gina, EJ, Lily

Everyone eventually converges at Big Red’s family pizzeria, and it is there the kids decide they no longer have interest in the Menzies and make that clear to Miss Jenn before she can reveal what nominations they received. Luckily, she is at the point where she realizes she lost her mind and is no longer invested in the Menzies, so that whole plot is over. But, while she has ended her pursuit for glory, thanks to EJ, Ben now has the opportunity to join Caltech’s Doctoral Robotics Program. Though, the idea of moving out to California will be impeded by whether or not Miss Jenn, who Ben confesses to, reciprocates his feelings. 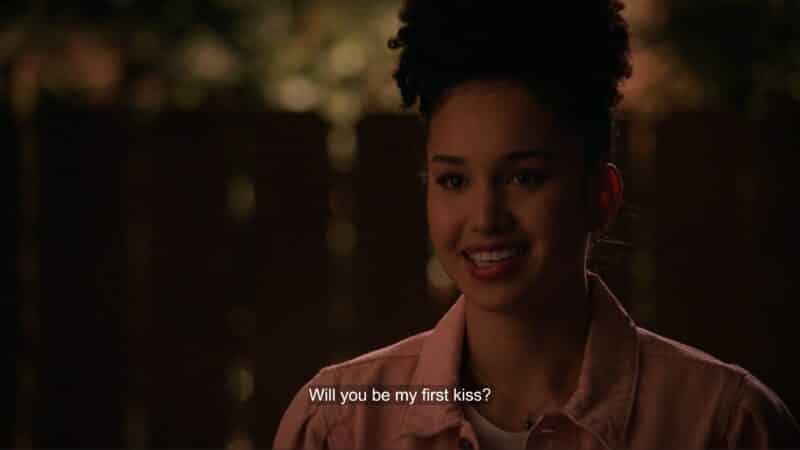 Gina asking EJ to be her first kiss

Speaking of confessing, with Ashlyn clarifying to Gina why EJ suddenly backed off, she eliminates the “Do they or don’t they” confusion of her relationship with him by asking him for a kiss. Specifically, she asks him to be her first kiss – which he agrees to.

Though, Gina isn’t alone in putting in the effort to make something official. Once more, Lily puts herself out there, but this time Ricky takes the bait and hits her up. But like with Howie and Kourtney, there is a need to question if Lily and Ricky may go the distance considering what happened.

A Happy Ending For The Wildcats

Gina and EJ are together, Kourtney and Ricky are in bliss for now, and like EJ, Ricky has opened himself up to romance again. Alongside that, Ben finally has confessed to Miss Jenn, and Ashlyn and Big Red are happier than ever. All of this, of course, could change over the summer, as EJ preps for college, and Howie and Lily are forced to deal with what they did as they pursue deepening their new relationship. But, for now, people are happy, and isn’t that all that we wanted?

Miss Jenn Realizing She Was Putting The Competition Before The Kids

Since the beginning, Miss Jenn has tried to balance between living vicariously through her students and giving them the tools and support they need. However, thanks to Zackey and their baggage, the kids became tools rather than people as she pursued vengeance. Luckily, something snapped in her, back into place, and maybe it was realizing she was going to lose Carlos?

For right now, it seems Carlos is one of her closest friends, since it seems every adult male is trying to date her. So him starting to feel distant, and her picking up on his shade, seemed to be the wake-up call she needed.

Almost Wanting Lily To Be a Good Person

Thus far, Lily’s path hasn’t mirrored Gina’s, despite the assumptions it would. Lily remains villainous, but there is this push to see it as her doing what needs to be done for her to get out of a situation that doesn’t serve her. Which, perhaps in season 3, they can add layers to? As of now, there remains a bit of unease, and I appreciate it. 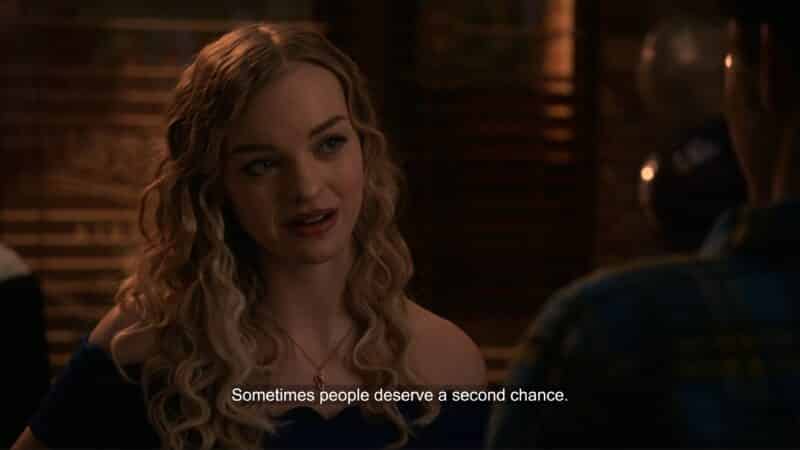 Whether or not Lily is a good person or simply a real person with notable flaws, it isn’t 100% clear. However, with East High dropping out of the Menzies competition and how she has talked to Ricky, there is this desire to see her outside of who she is as a competitor. Never mind how she handles a rather fragile and often insecure Ricky.

How They Can Handle The Harness Situation

Do we always need a comeuppance? No. However, because so few shows let people get away with anything, there is now that need to question whether this will linger or not? Will Ricky go to Lily’s house and discover the harness, as if Lily shouldn’t be smarter than that? Will Howie’s guilt lead to a reveal? As much as we’d love to see North High get away with something, it also produces this dark cloud you’re just waiting to see burst.

Not doing the Menkies is a double-edged sword. On the one hand, High School Musical The Musical The Series already has a multitude of characters we don’t know about, despite them getting to talk occasionally. So to introduce other schools, create new friends and rivals, it means those characters would further descend into the abyss. Which, when you consider EJ is graduating, and everyone else is going to be juniors or seniors, isn’t a good thing.

Granted, we don’t know if this show is going to try to be like Glee where it follows the original actors while having new ones, or if they may start fresh with former characters visiting? Either way, it felt like The Menkies could slow things down a bit, but considering it seems each season covers around half a school year? We got time. 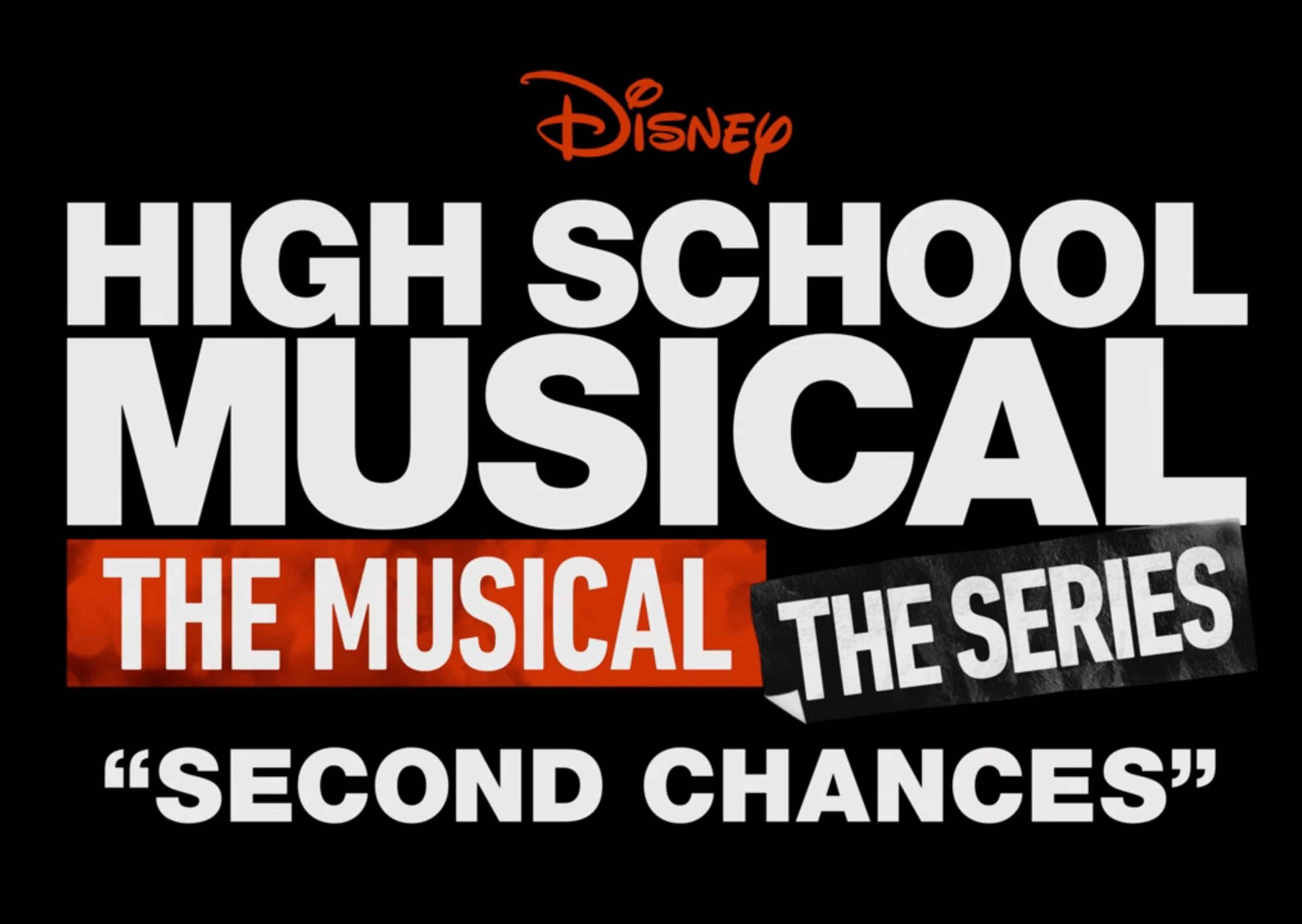 High School Musical: The Musical: The Series Season 2/ Episode 12 [Finale] – Recap/ Review (with Spoilers)
Trajectory: Plateau
As the show ends an emotional second season, there is a need to question where it can go from here? However, considering the first season ended in a similar way, with a lot of desired results coming true, perhaps High School Musical The Musical The Series playing it safe is for the best? That way, if it ends prematurely, things could potentially end without much of an ellipsis.
Highlights
Almost Wanting Lily To Be a Good Person
Miss Jenn Realizing She Was Putting The Competition Before The Kids
A Happy Ending For The Wildcats
Disputable
Dropping The Menkies
How They Can Handle The Harness Situation
81
You Might Be Interested In