Sid finds himself forced to come out as Dom tries to not succumb to the mounting pressure she is under. Also, Joey gets some news about her case.

This Is Not How You Make Amends – Leila

So, as we saw, Leila spoke to Rachel’s rabbi, and from that, she took what she wanted and needed, rather than the whole message. Thus, she has now pursued making amends in a way that makes her feel better and not necessarily brings a resolution to whatever grievance could be there. Leila does this with Rachel, who she pins some blame on for how she has acted, she awkwardly tries to make things better with Sid, and even sends Joey a text. Yeah, Joey, who is going through it and barely leaves her room.

Sid being forced to come out is a very uncomfortable experience for him. Be it people welcoming him to the gay community or just wondering who is responsible? And while Meera is supportive, Victor as well, then there is Flora. Someone who, as you can imagine, considering he just had sex with her, he is a bit hesitant to speak to her just yet.

But, when it clicks Bo is the one who screwed him over, he goes to confront him and gets decked. Leading to the need to go to the hospital since Bo seems to know how to fight, and when Sid and Meera’s dad gets there, he is 100% sure it was a hate crime. Thus, he asks for cops and forces Sid to reveal he is gay to calm his dad down – but his father doesn’t end up calm as much as stunned and confused.

Leaving you to wonder, what will his reaction be once he comes to his senses?

Unfortunately for Joey, just as she was started to recover from the betrayal her friends caused, she learns that the DA’s office won’t pursue charges due to lack of evidence. As you could imagine, this sends her, Rebecca, and the whole family into a tailspin because Joey’s life stopped once it clicked what happened. So with no justice, she is rattled in ways that will make it hard to find her new normal.

As for Dominique? She is coming to that point where managing everything is getting to be a lot. Hence, she nearly misses her chance to join Sisters Thrive, but luckily they fit her in later, and she aced her interview. But, with being tardy for her interview means missing a math class and her being unable to take a test.

This leads to her needing to cool off a bit, let loose, and have fun when John and the BSU host an event that somehow gets alcohol. This takes away from some much needed studying she needs to do, but considering her getting, maybe, 5 to 4 hours a sleep a day, she needed to have fun. And there was the possibility she wanted to have some real fun with John that night, but then she sees Francine, her whole family, and Ronald.

Now, who is Ronald? Well, the boy who, if Dominique marries, his parents will give her family money. So with John seeing they got something going on, he exits stage left, and Dom is pushed into an awkward position. A position that gives the false pretense that she has time to decide, but Francine pretty much has pushed what that decision should be.

So you protect yourself by removing yourself. That’s not running away.
— Rebecca

You don’t have to be magical, but you are incredible.
— John

John and Dominique Are Too Cute The consistency with John is what we love. He is supportive, yet not a pushover. Gives Dom space to do her thing, but he makes the most of it when he gets time. Also, while he is clearly attracted to her, he isn’t trying to play her to get some ass.

Case in point, she was drunk, opening up, and rather than back away like she thought he would, he got closer. And on top of that, the man has yet to present a single red flag. So I don’t know what may become of these two, considering Ronald’s appearance, but I got my fingers and toes crossed.

At this point, Grand Army is Odley Jean’s show featuring everyone else. It almost feels like Orange is the New Black level for as much as Odessa A’zion might be the most notable face, and has a notable storyline, as that stalls out, Dom’s gets better and better. But it is with that interview where she gets vulnerable and honest, which seals the deal for me.

Take note, she doesn’t fully break down, she just wells up as she speaks, but between that and how she opens up to John, you see subtlety. The kind that makes it so you have to follow her on social media because waiting for season 2, if this gets a second season, isn’t enough. You need more and to check out her backlog.

Leila Trying To Make Amends – In Her Own Special Way

We firmly enjoy Leila’s storyline, even if she gets on our last nerves. For there remains this feeling that she is one of the most authentic and unforced characters on here. Her mistakes don’t feel comical or made for drama. She is just really struggling with trying to be a better person. Which with her being an only child, who does lack an identity, you can understand the chaos. I mean, take note: We haven’t seen her parents since when? So, based on what we’ve seen, she has primarily been on her own.

Sid’s Struggle With Coming Out

Sid coming out is unconventional. For one, he was forced, which you don’t see often, and there is the complication that, in our mind, he is being forced to identify with a specific label. Mind you, he could be just plain old gay. However, Flora complicates that.

Now, could Sid be bi-sexual, as we seemingly keep pushing? Maybe. But there is also a case for him trying to push himself to be straight, hence having sex with her and still dating her. Though, with Grand Army being a show released in 2020, it could tap into the multitude of less mainstream sexualities to explain how Sid feels.

Granted, I think they’ll pick something cut and dry, but you never know. 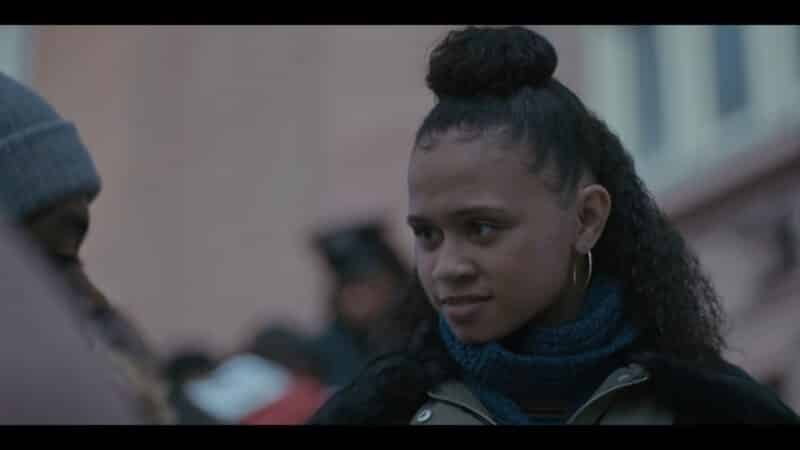 Jay remains a disappointment, but there is some hope through his relationship with Sonia. Mainly due to her bringing life and energy to his storyline which feels too stuck on the Owen situation. Which isn’t to downplay how Jay feels but, paying attention to his guilt, more so than what Owen is going through, makes it so he feels akin to Leila making things about himself. But with seeing his family be an active part of his life, and Sonia, among others, holding him accountable, he doesn’t get the same leeway.

Which, admittedly, we feel torn about since he is a young Black man, so he should be allowed to make mistakes and have ample time to dwell on it. But then there is the privilege he has, compared to other Black characters, that makes it weird to give him that ability to mess up and focus solely on that.

But with Sonia getting a boost from associating closer and closer with him, maybe we could at least get a pseudo-John and Dominique thing going here?

Leila Trying To Make Amends – In Her Own Special Way - 80%

John and Dominique Are Too Cute - 85%

Odley Jean continues to be one of the top reasons to watch Grand Army as we approach the finale and hope for the best for all characters.