Wherever I Look
Recaps, Reviews, and So Much More
Home TV Series GLOW: Season 1 – Summary/ Review (with Spoilers)
TV Series

GLOW is very much like an action movie. When there is fighting you are engaged and kind of like “Wow, look at them.” However, when the leads start talking about their problems, you begin to understand why Netflix is probably the only company which would greenlight something like this.

Table of Contents show
1 Summary
2 Highlights
2.1 You Have To Give Props To The Actresses When It Comes to The Stunts
2.2 It Has a Handful of Comical Moments
3 Low Points
3.1 It Neglects The Majority of Its Cast
4 Overall: Mixed (Stick Around)

It’s the 80s and women still have to fight for a decent role. That is, unless they are satisfied being the woman behind the man, at a desk, or the wife. Something Ruth (Alison Brie) isn’t really trying to be. She wants to be in front, the strong role and flourishing. But local casting agent Mallory (Amy Farrington) doesn’t see her for that. In fact, she only lets her audition to show directors they don’t want real women like her.

Enter Sam (Marc Maron) and his eccentric producer Sebastian (Chris Lowell). They plan on creating a wrestling show: GLOW (Gorgeous Ladies of Wrestling) and Ruth wants in. Thing is, Ruth is the thespian type and this gets on Sam’s nerves. But with time, he sees her as an asset. For if there is one thing Ruth does more than the rest of the girls is observe. She partakes in learning the wrestling moves as well, but also observes what Sam does and eventually becomes someone he can lean on. Especially as the drama of the ladies unfolds.

Now, being that there are a lot of minor characters who the show gives not one care about, we’ll just cover the major ones. First and foremost is Debbie (Betty Gilpin), who Sam makes into his star. After all, she is blonde, tall, thin, and it is the 80s. Pretty much that is a go to. Alongside her is Cherry (Sydelle Noel), who has worked with Sam for years, and even slept with him once. She also holds Sam down as he tries to figure out what the hell to do with all these untrained women.

Lastly, there is Carmen (Britney Young). Someone who stands out the most of the unknown actors since she is given an actual storyline which develops. She begins as perhaps the most skilled thanks to her father being a famous wrestler. However, between her father calling women’s wrestling a joke and her chickening out of her first match, it seems like the dream may never be realized. But, when the cameras are rolling she steps up and has the type of triumph which almost shadows the two actors whose names you probably know.

Leaving us, ultimately, with a show about maybe a dozen or so women of which less than half get developed. Yet, through stunts, many of them got trained on the job for, you are left something decent. Not a show you could imagine any other network fighting for the rights over, but it’s okay. 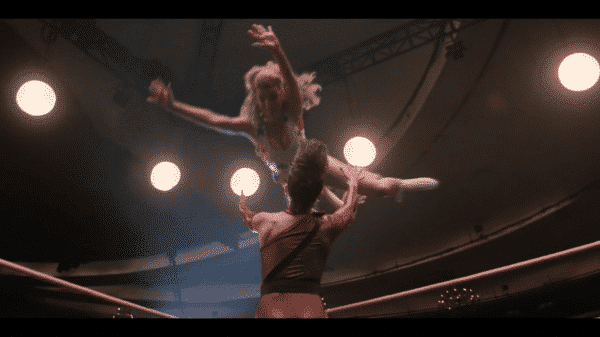 As part of being on this show, the actresses had to do their own stunts. These people who probably worked out just because they are in a sexist industry, now had to up their game to be able to safely fight another person. Can you imagine that? Having a grown ass woman, from a top rope, lunge herself at you? Having to hit a hard, barely giving, canvas again and again? Much less, then do your line and still emote?

I mean, I may not have been fond of the show and whined throughout the experience, but props are due.

It Has a Handful of Comical Moments 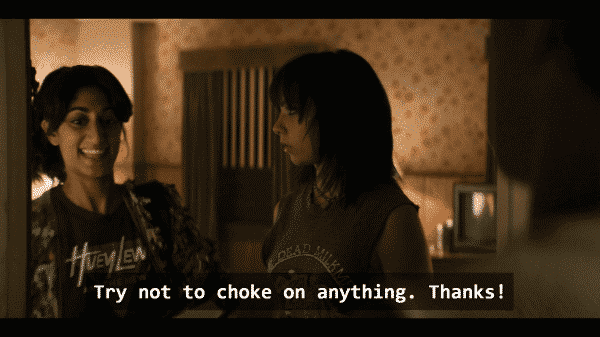 Though the majority of the cast, meaning anyone whose name wasn’t Marc, Alison, or Betty, weren’t paid mind too much, they made the most of it. Mostly in the form of being the comedic element of the show. Tammé (Kia Stevens) is perhaps the prime example for her character was the “Welfare Queen.” An offensive stereotype, yes, but wrestler turned actress Stevens makes the most of it. Arguably not necessarily making this into a breakout role for her, but definitely something which should lead to more work.

It Neglects The Majority of Its Cast Something which, for two characters, gets answered.

One could argue Alison Brie is very likable. She usually has a certain presence and wit about her. That is stripped of her for this program and she challenges herself. Something which requires a bit of getting used to and it may not really click to the end. But, unfortunately, you are forced fed her, Maron, and Gilpin whether you like it or not.

For, when it comes to the rest of the ladies of GLOW? This show goes by the Netflix model of Quantity over quality. Which isn’t to imply the actresses are bad. More so, enough were hired to make a full wrestling card but the quality of development given is just not there. Which isn’t to say we don’t get glimpses here and there. Melrose (Jackie Tohn) has a moment early on, Sheila (Gayle Rankin) is given some chance to shine, alongside the aforementioned Cherry, Carmen, and Tammé. However, it isn’t at the level where you can feel like this is an ensemble cast. More so, it seems like Brie and the ones they want you to see and know are the leads were given a break. So they just throw one of these women in front for a bit.

In retrospect, the problem with GLOW is that it is what should be an ensemble show which focuses on the people audience members would recognize. People who have spent most of their career as either supporting characters, guest stars, or sharing being the female lead. With that, you see a lot of growing pains. Especially because, in the case of Brie, she isn’t allowed to rely on her strengths or what got her this far.

But, in the long run, the real issue with GLOW is that there is some feign attempt to be a dramedy but it fails. Sort of like Daytime Divas, you see a sort of weak comedy which includes dramatic elements in an attempt to add depth. However, it seems the actresses just can’t deliver something which doesn’t feel forced. Thus leaving you with just a handful of comical moments and you being in awe these women, many of which who have no wrestling experience, are really performing some potentially dangerous moves.