We learn who is giving birth in the mall bathroom as Nathan becomes the star of his sister’s wedding rehearsal and Greta’s dreams are deferred.

So, Who Is The Father? – Arianna, Delilah, Naomi

Guess who is giving birth! Delilah. Now, as for who is the father? Well, that isn’t answered in this episode. All we know is she is giving birth, didn’t even know she was pregnant, and Naomi and Arianna are trying to do all it takes so that she can try to do so without the involvement of her parents.

While Chester is outgoing, borderline outlandish, what he doesn’t necessarily have is friends. Thus, it makes Sam showing an interest as a lifeline. But with Sam not showing up for his swim meet, it makes Riley seem like someone who can fit the role, and she is down to hang out. 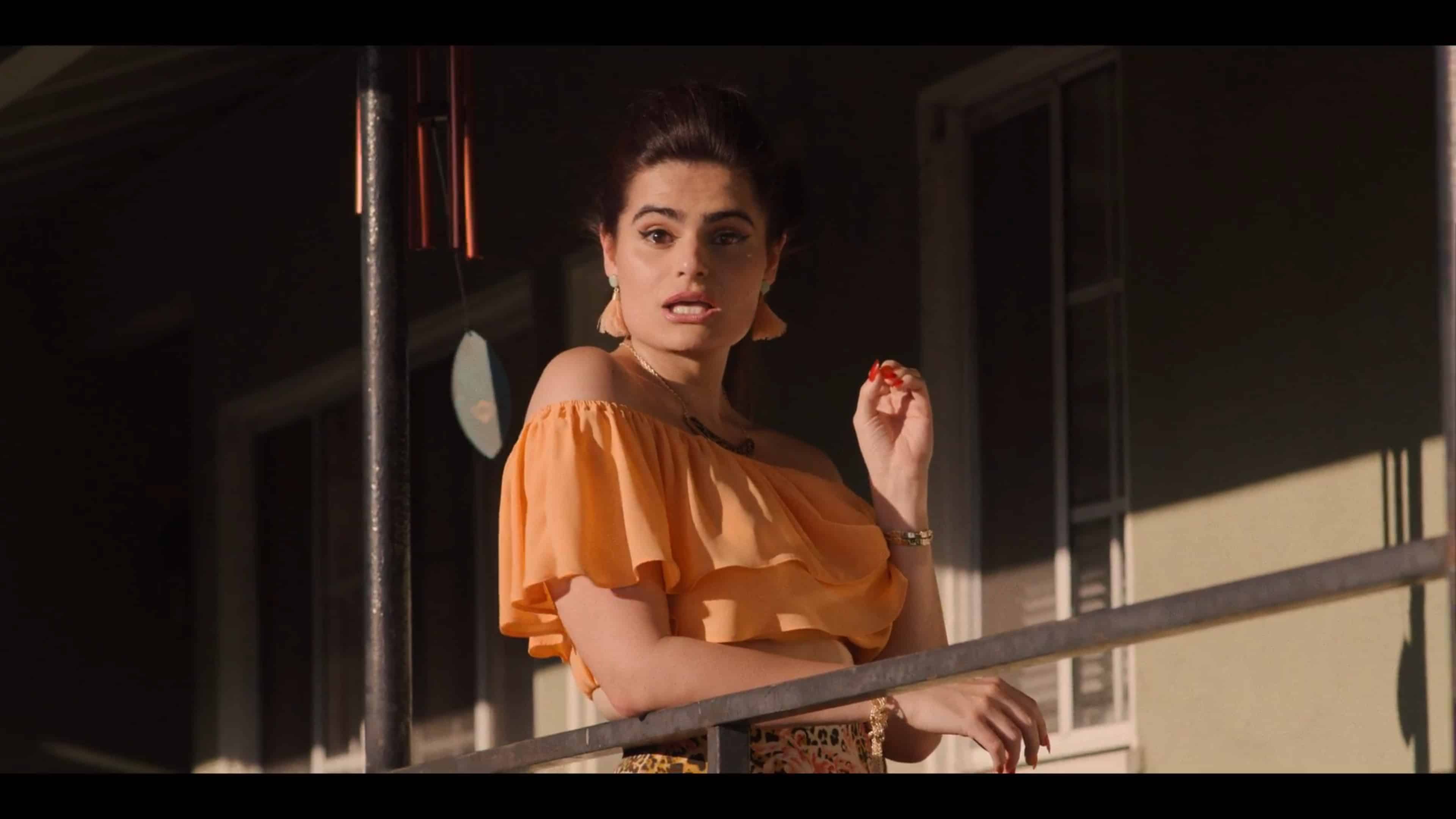 Then, to make sure Chester can have someone while Riley hangs out with an old friend from her former school, she asks Greta if she wants to go. This, as you can imagine, excites Greta a little bit, but especially Ana, who thinks something could potentially go down. However, all that happens is Greta realizing Riley is into guys, that Chester is a lonely boy, and Riley is hot without a shirt on.

You Didn’t Need To Say Or Do That – Arianna, Delilah, Nathan, Naomi, Megan, Patrick, Joe

You know what else is found out in this episode? That Naomi has told all of Nathan’s business to Arianna. That and Arianna’s dads are named Joe and Patrick. Why does this matter? Well, because it helps understand the parents and their relationships to everyone.

For example, Patrick, Joe’s husband, assumingly Delilah’s dad, used to be married to a woman, a born-again Christian and played electric guitar. But after the divorce and coming out, Megan, Nathan and Naomi’s mother, was the only one who stuck by him. Hence them being at Megan’s eldest’s wedding. 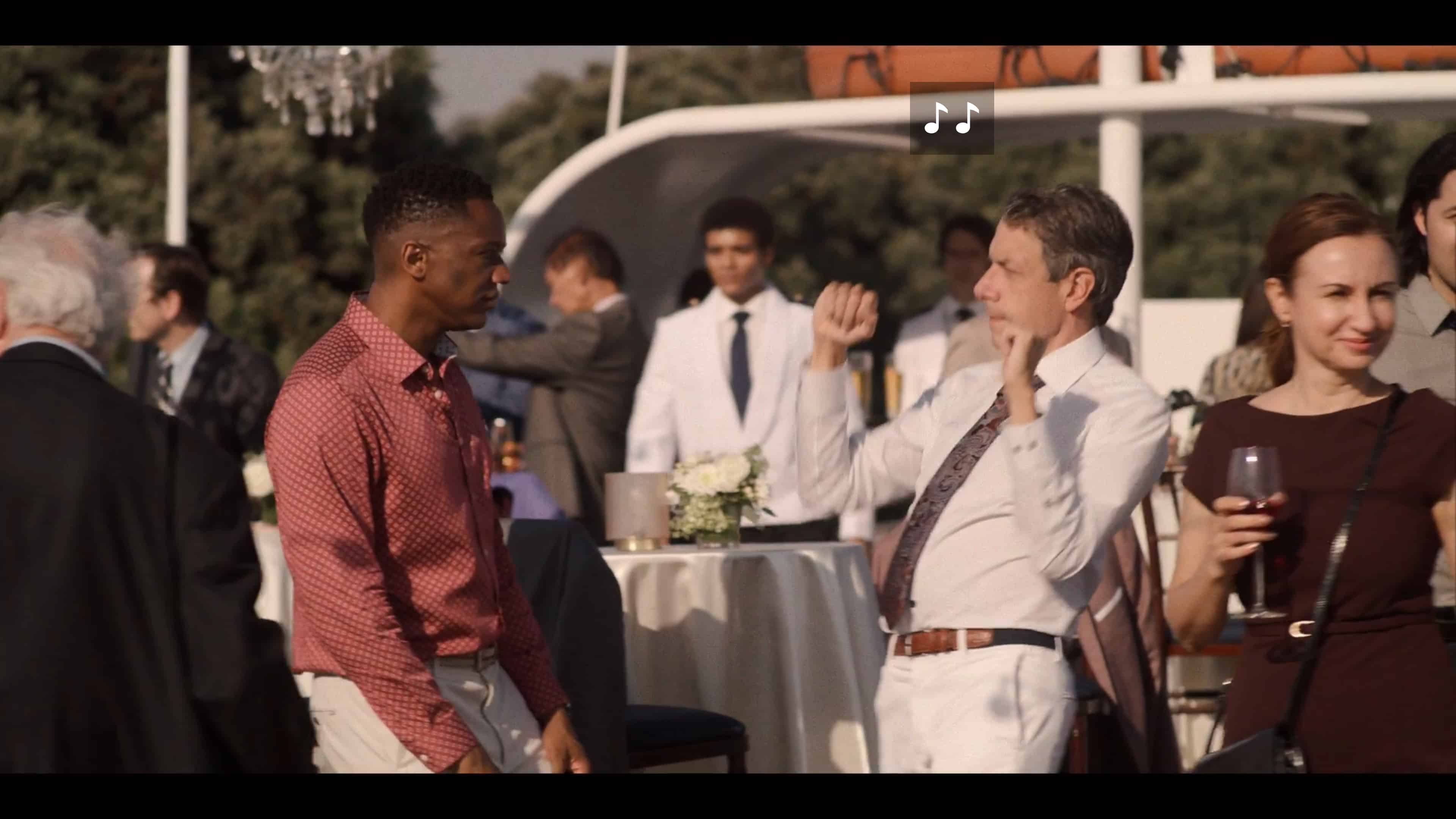 To add a little more details, Delilah and Arianna, despite how different they seem, used to be friends and, at one sleepover, even tried scissoring. This is why Delilah assumes they are no longer on speaking terms. Mind you, don’t take this as Delilah being queer, just experimenting.

However, all this information doesn’t beat Nathan, after getting high with Arianna, giving a toast to his older sister, and coming out in the process. Leading to him jumping from the boat, after embarrassing himself. But at the very least, he won back Naomi with his apology. Granted, Megan is in shock, but she’ll be fine.

You Have To Enjoy An Awkward Moment

Do we love watching awkward moments? Not at all. However, you have to appreciate watching an actor portray one, which makes you cringe so hard you have to mute the scene and are tempted to fast forward. I don’t know what it takes to get through that, but applause to Uly Schlesinger for making it through. 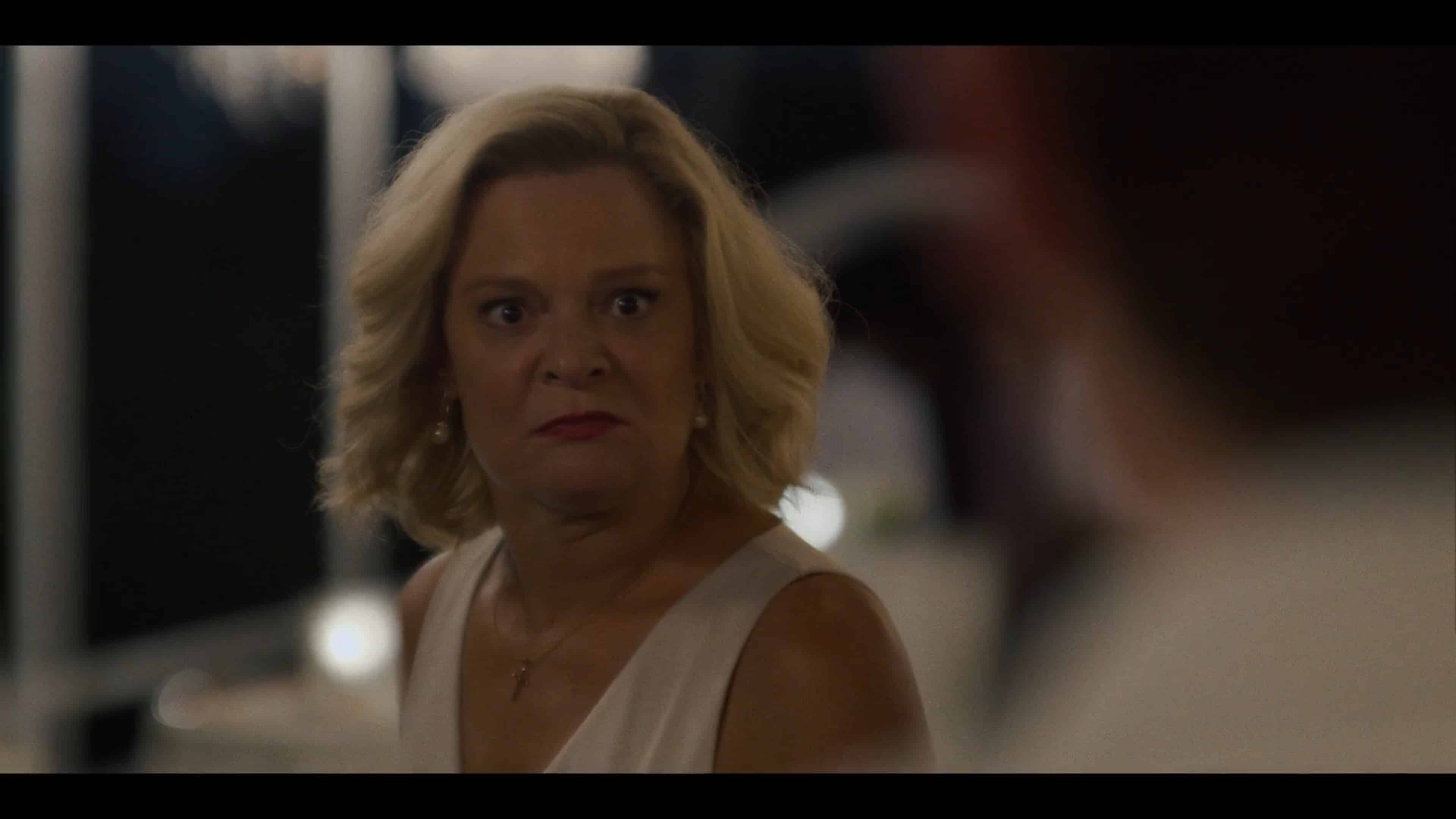 Nathan can’t be the only one bi-sexual, right? Surely there is hope? I know it is perhaps wrong to hope that Riley is bi, for that is denying her the right to just be heterosexual, but I’m invested, dammit! How you going to build up this tension of not “Will they or won’t they?” but rather, “When?” only to present the idea it may never happen? This tease, I gotta admit, has been a killer to my hype over this show, and I hope that Greta isn’t left longing and hoping for a sign.

This Whole, Giving Birth In The Bathroom Thing

I think our main issue with this is that we don’t know the purpose of it. Is this showing that Genera+ion, while it has its highlights, still has to have moments, storylines that just seem over the top or unnecessary? Is this some means to take the Delilah types down a notch and show them as fallible? Like, what’s the end goal here? For this giving birth in the mall situation seems like it could and should have been cut before filming.

So, The Perspective Thing Was Just Episode 1 Then?

So, the whole, let’s jump around to different perspectives of the same day thing was just for episode 1, I guess? We’re no longer doing that? Cool, cool.

Actually, no, it isn’t. With the birthing in a mall thing, Nathan’s awkward moment, and taking away the narrative style which pushed us to see each character from multiple angles, slowly but surely Genera+ion is starting to morph into a generic young adult drama. All in the span of three episodes.

You Have To Enjoy An Awkward Moment - 83%

This Whole, Giving Birth In The Bathroom Thing - 72%

Has Genera+ion lost its luster this quickly? Have we seen the best and should expect the worst going forward? It's hard to tell, but things certainly seem in flux.