Everything is focused on one gay club where we watch recently built relationships begin to crumble.

Megan, still uncomfortable with the idea her son is dating a man, has not abandoned Nathan. She still desires mother/son time but for Nathan? He’d rather not. However, Megan is adamant so, since Nathan already had plans with Chester to go to a gay club, which was raising money for suicide prevention, he challenges her to show up. 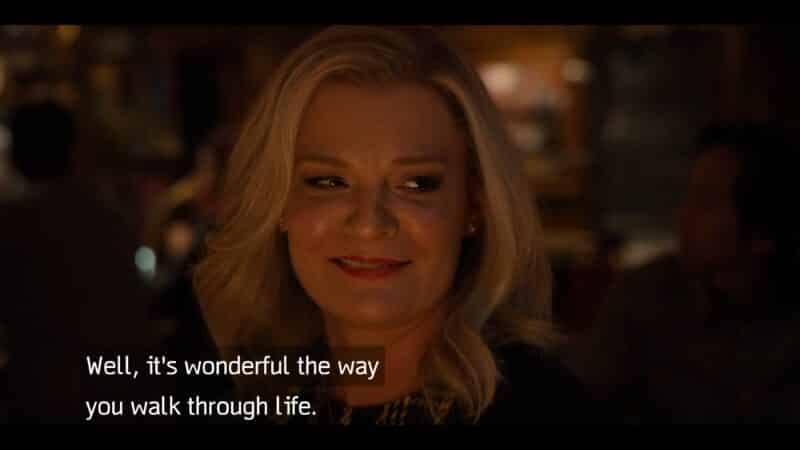 Now, initially, Megan wasn’t going to, but since Mark wanted to be optimistic, he thought it was an invitation. However, nearly every move Nathan makes shows it is clear he wishes to antagonize his mother. Thus, at one time, she was going to leave. For after watching her husband get hit on by drag queens, watching Nathan canoodle, as well as her daughter in some strange kind of relationship, she was overwhelmed. Add in Joe and Patrick reminding her of her hypocrisy? Nope, it was time to head out.

But, in one more act of rebellion, Megan learns Nathan signed her up for karaoke, and rather than that be the final straw and her storming out, Megan takes the stage. Granted, many, including the viewer, may wish she hadn’t, but she does.

Suicide prevention is a big thing to Ana, for as a trans woman, the struggle was real growing up. In fact, Greta, who is with Ana backstage, notes that her mother took a while to get Ana’s pronouns right. But, while Ana preps to be in drag and host the show at Hamburger Mary’s, Greta is dealing with Luz while constantly meeting eyes with Riley.

Focusing on Luz first, with Greta so hot and cold with her, she seems done. She curves her kisses, won’t hold her hand, and Luz feels that she is liked but not consistently wanted, thus she decides to exit before her feelings get hurt.

As for Riley? She has reconnected with the guy from the aquarium (Pablo) and apparently took Ana on her offer to use the spare room to crash in. Which Greta is sort of weird about, but not to the point of making it a thing. 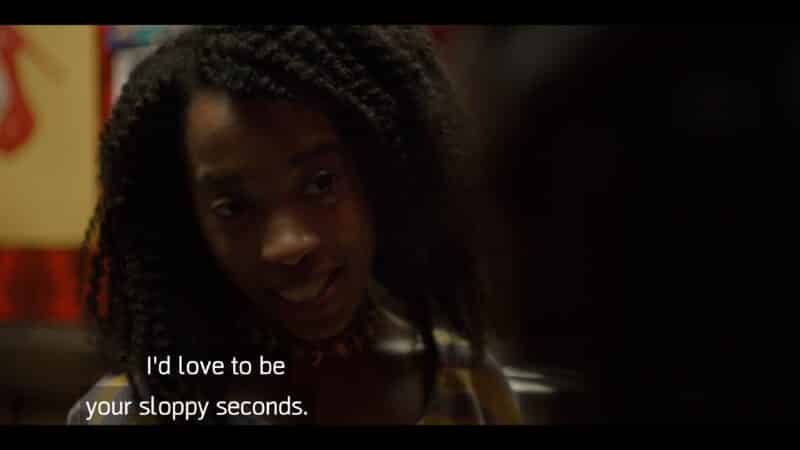 Now, as for why Arianna is part of this topic? After Delilah and Naomi decided to start their polyamorous relationship, Arianna is without a friend, and with her randomly reminiscing about something that happened between her and Greta in the second grade, a friendship blooms. One that may solve Arianna’s winter formal issue.

Chester, originally, was just going to have a nice night with Bo, continue to have him outside of his element, but safe due to Chester being right there. However, then Nathan suddenly needs him to play boyfriend and as Chester reveals the situation to Bo, Bo isn’t happy. In fact, it brings down the mood dramatically, which included Bo and Chester almost hooking up in the bathroom.

But as Nathan gets his kicks by seeing his mom upset, Chester says to Bo that he doesn’t care about Nathan and he loves Bo and, this may have saved the night and their relationship.

Arianna and Greta As Friends

While Arianna and Greta are an odd combo, I’m here for it. Note, is this the kind of combo that screams, “WE PAIRED THEM UP SINCE EVERYONE ELSE IS TAKEN!” absolutely. However, as shown in episode 12, Arianna seems to have been developed to be more than a person you may love to hate. Now she is lonely, misunderstood – genuinely, and just looking for a stable connection. Which is something Greta could easily give since she’s probably one of the nicest characters on the show.

But with that said, there is the need to question, when Arianna is no longer feeling down, and Greta potentially gives her the stability of a good friendship, will she revert back to who she was in the first half of the season?

It’s A Struggle When Megan Is The Focus

A part of me wants to say, “We should see the Megan types more often, for they do exist,” yet between the way Megan is written and performed, the only reason I don’t fast forward is because I worry about missing a notable story update. However, I so disdain this character. Mind you, not in a love-to-hate kind of way, I genuinely think this character is out of place on this show, and trying to force her in just makes everything about Megan more cringe-worthy.

How Luz Is Being Handled Even though we haven’t really gotten to know Luz, though I would love a segment focused on her point of view, I’m invested. So seeing her deal with Greta, who is very slow and steady, combined with her not being over Riley, it hurts to watch. Especially since Luz is really into her, but Greta seems to enjoy the attention more than necessarily want Luz specifically. Which it seems Luz is picking up on, hence her walking away to protect her heart.

Chester needs to end this charade. Bo is a sensitive soul, and Nathan? He is just a kid desperate for a win, and Chester enables Nathan’s bad behavior and cowardice. Never mind, as Bo said, Nathan is infatuated with Chester, and this really can’t go anywhere good. It certainly won’t satisfy Chester’s need for someone who is his equal since Nathan is nowhere near on Chester’s level.

Nathan nonsense aside, Bo trying to accept that being in Chester’s world means zany situations is sometimes difficult to watch. Often, he seems able to roll with the punches, but I think he felt the need to draw a line, but like with Arianna unable to do so with Delilah and Naomi, he didn’t want to potentially lose Chester by having an ultimatum. Yet, thankfully, Chester really does like, and potentially loves Bo.

As for why we say “potentially?” Don’t forget this is Chester’s first love, and he pushes the idea that finding love, rather than lust, has been a struggle for him. So we can’t pretend him saying he loves Bo wasn’t a desperate act, with a similar energy to Nathan’s desperate need to get a rise out of Megan. It’s just, unlike Nathan, you want to believe and see Chester happy. 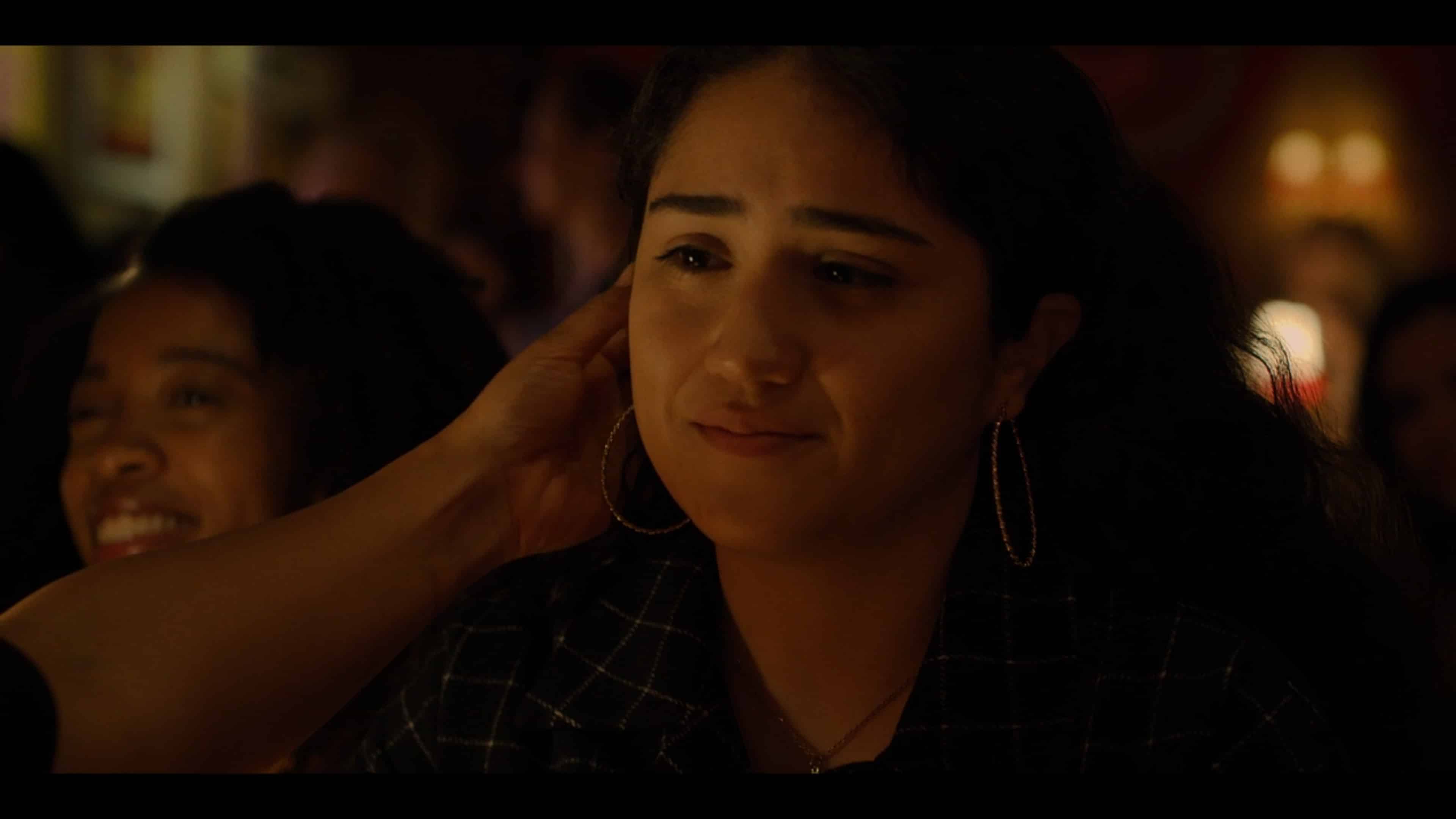 Genera+ion: Season 1/ Episode 13 – Recap/ Review (with Spoilers)
Trajectory: Plateau
Hopefully, the obligatory Nathan, Megan, and non QPOC episodes are over.
Highlights
Arianna and Greta As Friends
Low Points/ On The Fence
It's A Struggle When Megan Is The Focus
How Luz Is Being Handled
Hoping Nathan Didn't Ruin Bo and Chester
74