While everyone struggles with romance, some encouragement goes a long way and gives most a day/night to remember.

I Don’t Know If It Is Wrong When It Potentially Feels Right – Cooper, Riley, Delilah, Nathan, Chester, Greta

While the day doesn’t begin with Delilah needing Riley to come over and help with a text from Cooper, it is how the gang gets together. Originally, Chester was just continuing to help Nathan seem like he had a boyfriend while thinking about returning to dead-end hookups, but Riley needed a ride so, Chester gave her one. Thus leading to a lot of mentions about Bo, Chester trying to redirect everyone’s attention to Riley and Greta, and with Greta asking to hang out, guess who Chester picks up!

However, from here, things split up with Riley dropped off at Delilah’s while Chester continues on with Nathan and Greta. Now, when it comes to Cooper, Delilah knows what drama could come from hanging out with him, but with Riley saying it should be fine, she invites him over, and things go so well.

In fact, Cooper brings his little brother and Delilah’s little sister, parents, and Riley, all play their anti-capitalist Monopoly together. Which Cooper says was fun. Though the real fun comes from when he goes for a kiss, and Delilah freaks out and slams the door in his face.

Generally, Ana is very chill, for she might be Greta’s guardian, but she is also the cool aunt and likes that role. However, with Sela talking about a 6:30 meeting with one of Greta’s cousins, she comes down hard. This stresses Greta out so, Chester being close by and picking her up is a blessing.

Though what also is a blessing is some time with Riley, who still likes Greta. However, they are at an impasse due to not talking about the awkwardness after the motel situation. But with Riley still wanting and even trying to touch Greta’s hand, there could be something there. Although, with Luz getting involved? Maybe Greta may end up in a love triangle. You see, after Riley gets dropped off, Nathan has Chester pull over for the sake of getting some pictures to further freak out his mom. Add in some skaters in the background, who Megan thinks are mainly drug addicts, and it seemed perfect. 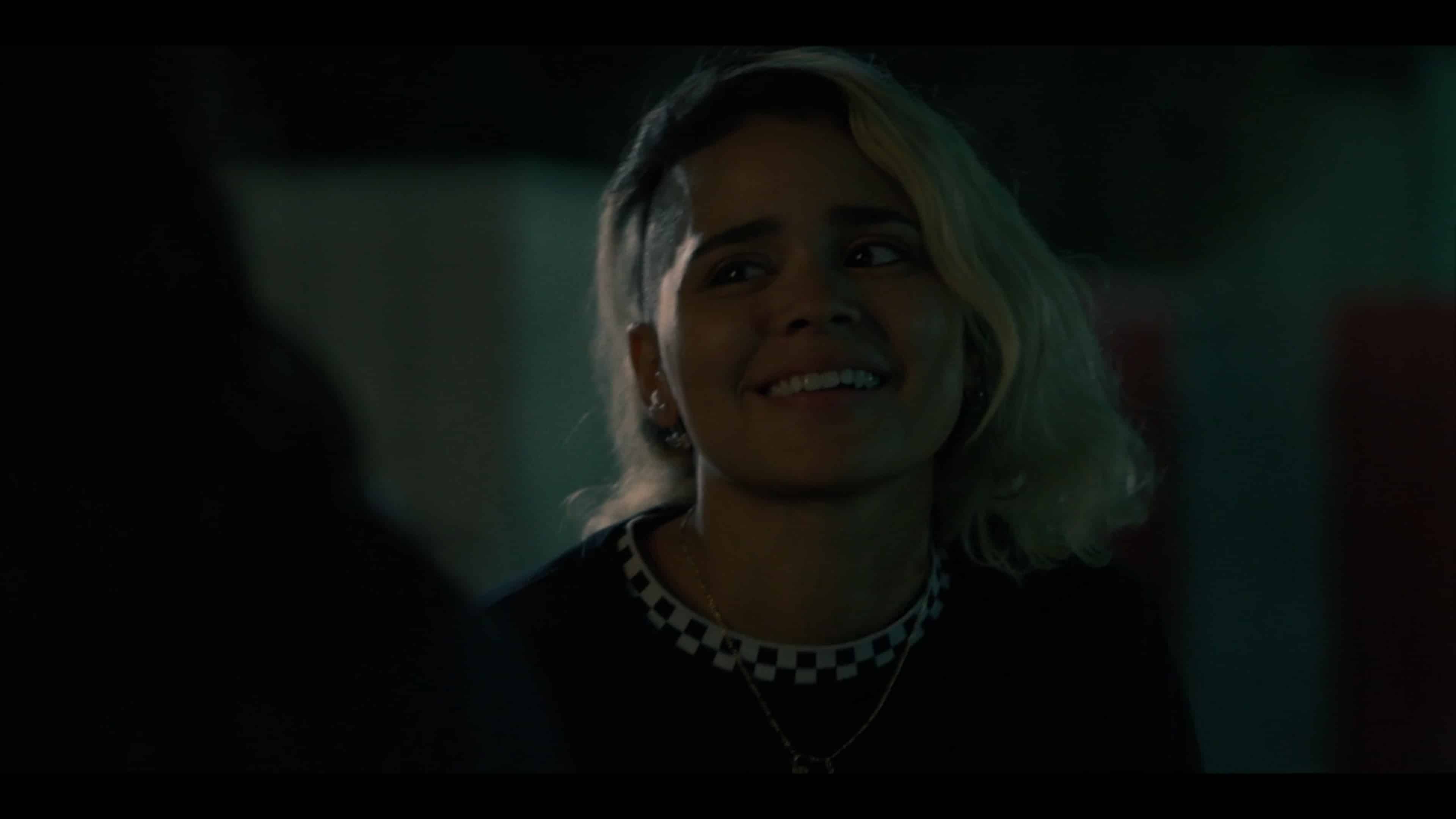 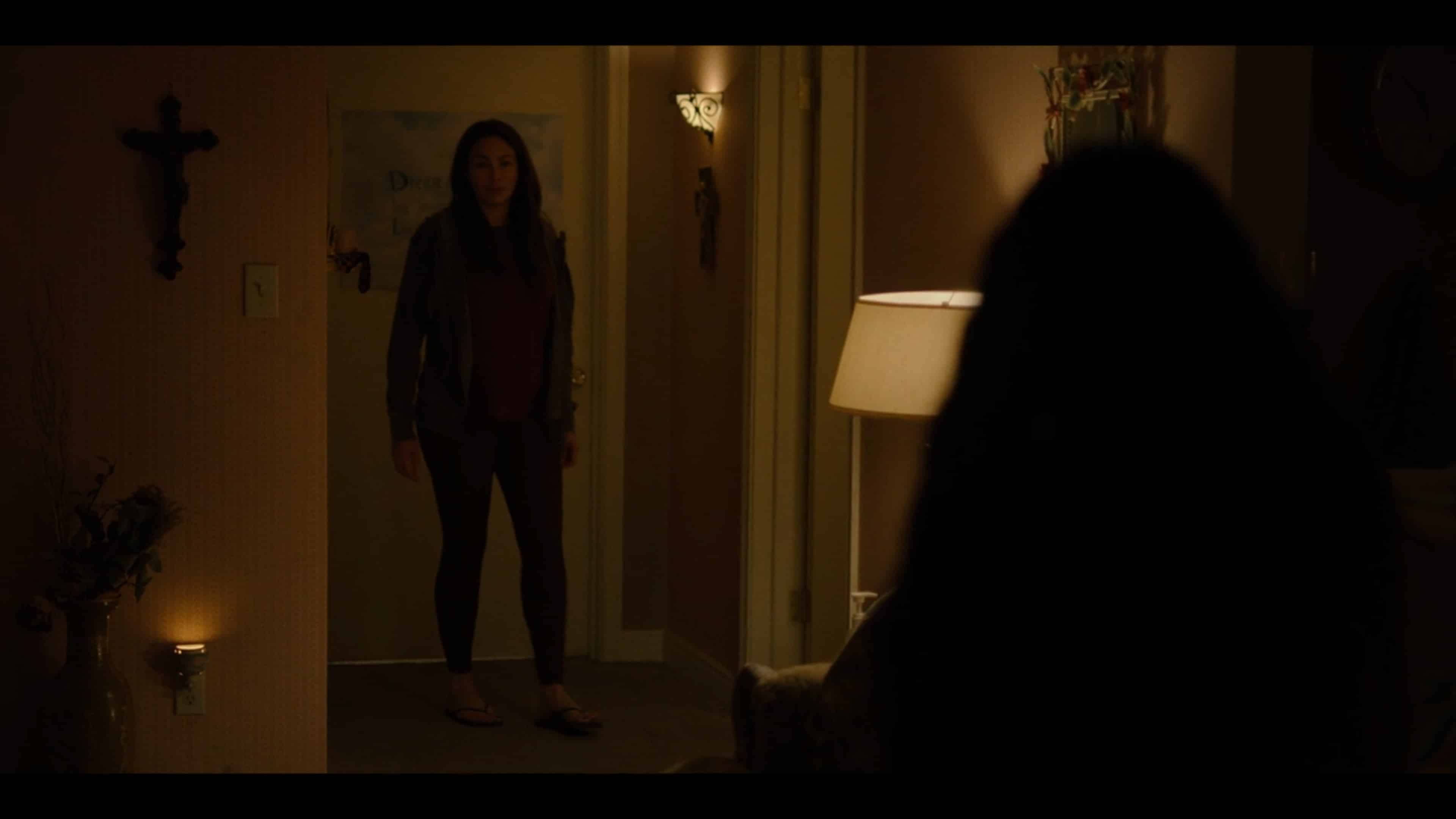 But, the only one who really benefits from pulling over is Greta, for Luz is there and finally decides to note she met Greta back when Greta tried out for T-Ball a long time ago. Now, why bring this up? How did she remember her? Well, it was because Greta left an impression by breaking her finger and not crying. That left an impression on Luz, and when Chester decides to drop off Greta, those two connect, and Luz asks about Riley and even kissing Greta – which is denied playfully.

This isn’t to say the two may not become something down the line but, Greta is really about that slow and steady life – it wasn’t just because of Riley. Yet, despite the rejection, which is taken well, Luz gives Greta a ride home, where she discovers her mom, Sela, is back.

When it comes to Nathan, he is in bliss thanks to getting to pseudo-date Chester. However, one issue is that Chester does like to mess with Nathan, and it is getting him a bit confused. Primarily since Chester, after things not going well with Bo, wanting to regain some of his power and confidence and with Nathan? That is all too easy.

Strangely though, despite enjoying being closer to Chester than ever, Nathan advocates for Chester pursuing a second chance with Bo and even gets him one. Granted, by abusing his phone privileges, but considering Chester and Bo have a night to remember, in a non-sexual way, I’m pretty sure Chester owes Nathan one.

I think if you like me, even though I’m an asshole, it’s probably better than you liking me, ’cause you think I’m not an asshole.
— Luz

Greta Is So Adorably Innocent

You know, I think I just adore Greta – period. It doesn’t matter if she is with Riley or Luz, I just like seeing the child smile and be awkward with someone who is paying her attention.  It does make me wonder, though, considering the way she has talked about Sela, is that going to stop? Will we see that light dim, or, under Luz’s influence, will Greta become a rebel?

Perhaps what I love about Genera+ion the most is that it gives us cute queer relationships that give all the stuff we’ve long seen for heterosexuals, but now with same-sex people. But, rather than just gender swap, it acknowledges this person is gay, bi, or somewhere else on the spectrum. However, I think Chester getting his first real good date takes the cake since, as shown during the Sam saga, Chester just wants someone to get him. Not want to get him, be inside him, or he inside them, but just hang out, joke around, hold hands, and maybe kiss. For like Riley, hooking up has long been so easy to do, but actual intimacy? Where do you get that?

Add in Chester is a gay male and, finding love in mostly whorish apps is a struggle. So to find a guy, in person, at school, who is a bit nerdy but seems to love how different you are from them? Come on. Add in their date was grocery shopping and then Chester listening to him read a romance novel? Honestly, one of the top dates I’ve ever seen on television.

Like Greta, Riley, and Chester, what we want for Delilah is to be happy. The problem is, Cooper has been claimed and after what happened to Naomi before with a boy she liked, was dating even, this feels like a ticking time bomb. However, setting Cooper aside, I must admit I was disappointed we didn’t get to know Delilah’s family more. Be it her little sister or her parents. For right now, they are purely defined by their politics, and a political identity isn’t necessarily a personality.

So, assuming that, when we get the title card with someone’s name, it means we’re focusing on those three for the next few episodes, we’ll get more of Delilah, a proper look at her life, before things switch. Genera+ion: Season 1/ Episode 10 – Recap/ Review (with Spoilers)
Trajectory: Plateau
As new relationships form, and are rather cute, so comes the question of whether third parties may try to complicate them or stand aside?
Highlights
Greta Is So Adorably Innocent
Chester and Bo's Date!
Low Points/ On The Fence
Delilah's Storyline this Episode
83
You Might Be Interested In