In the season finale, many are given permission to move on – well, all except one.

Can You Forgive Me? – Jasper, Ramon, Dani, Javier, Elena

One of the main topics of the entire episode is forgiveness, and thanks to it being Dia De Los Muertos, the Island provides the opportunity for many to get forgiveness. Heck, to even show how powerful the Island is, it even has Elena help someone get to heaven and escape purgatory. Said man is Jasper, who lied, cheated, and damn near stole everything he got in his life. Mind you, a lot of it he makes seem like it was basically given to him, and he exploited it, but his take doesn’t absolve what is true. Which is he took advantage of a young man named Ramon, who didn’t have a father, and mother didn’t have time to really look after him, and Ramon is rightfully angry. However, once Jasper stops running away from Ramon and admits to what he did, and revives the image of himself Ramon once had, forgiveness is given.

Following that is Javier wanting forgiveness from Dani, who died by taking his spot while they were both in the military. Now, what makes Javier feel so guilty is that Javier is single with no kids, while Dani had a husband, a daughter, and because of her taking Javier’s place, she now doesn’t get to interact with either one. Luckily though, Javier stays in touch, and when Dani asks questions, he has pictures and answers. However, what he doesn’t have is forgiveness since Dani thinks there isn’t anything to forgive. All she wants is Javier to use the life he has been given, which gives him the kick in the butt he needs to ask out Elena.

Sometimes A Person Needs Permission To Move On – Mel, Ruby 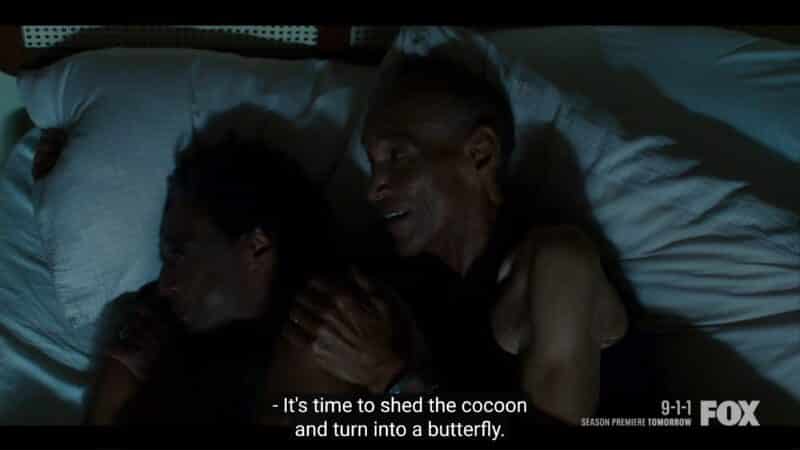 While Ruby has feelings for Gina, and a part of her wants to explore that, it seems seeing herself as still married to Mel was holding her back. So, it seems the Island decided Ruby needed to not only know her husband is dead but hear him give her permission to move on. Which does push us to wonder if the Island brought back the real Mel or not, but that isn’t something Ruby dives into. Her focus is on her husband being dead, the family they created, and the permission he has given her to go out there and love again.

Forgiveness Can’t Always Be On Your Time – Ruby, Segundo, Elena

Elena has noted multiple times that she wasn’t set on becoming the host at Fantasy Island, and we’re told her cousin, Fernando, did step in and potentially paid for it with his life. So, with everyone desiring to make amends, she tries to with her cousin, and it doesn’t go well. On top of not appearing in a physical form, they lightly injure Elena. Thus making it so, if you wonder why Elena is hesitant about Javier and being happy, it may not just be James and her being the type to stick to herself. It might also be that she doesn’t believe she deserves to be happy since being selfish before led to the death of her cousin.

You are a man by birth but a gentleman by choice.
— Jasper Dawson

It Was A Lukewarm Season Finale

Don’t get me wrong, I see the value in Javier being forgiven, Ruby getting the permission she needs to move on and explore things with Gina, and Elena wanting forgiveness from her cousin. It’s just, I feel like Javier’s need for forgiveness wasn’t built up in such a way to make it impactful. The same could be said when it comes to Elena and Fernando. We never heard his name and with us never hearing about the dangers of disobeying the Island or upsetting it, it being presented as potentially violent is new.

Now, I’ll admit it is a little bit more complicated for Ruby, but I would hold steady in the opinion that while she missed Mel, there weren’t feelings of guilt presented when it came to Dr. Gina to make his appearance impactful. If anything, it made you wish Mel and Ruby could have had more time than thinking about Ruby’s next relationship.

Heck, I’d even submit, even with Mel wanting Ruby to be happy, this hasn’t made it easier for her to move on. The man she loved for decades just died, and now she is supposed to get close to a woman she just met? I feel like she’ll probably take a step back than a step forward now. Fantasy Island: Season 1/ Episode 8 “Dia de los Vivos” [Finale] – Recap/ Review (with Spoilers)
Trajectory: Plateau
I won't call the finale anti-climactic because it did push the story forward. However, I would be lying to you if I didn't say I wish the show built up to what we saw in this episode. Yet, with Fantasy Island built in a way you could come into any episode and not miss much, that is the trade-off.
Highlights
Disputable
It Was A Lukewarm Season Finale
77