It’s a 2 for 1 special as Mazzi’s attitude brings up toxic masculinity and Jade entering a beauty pageant leads to a conversation on Black beauty.

Amelia has high blood pressure and isn’t taking it as seriously as everyone would want. She still doesn’t eat right, half-asses her exercise, but with Maybelle reminding her their daddy died from heart disease, it gets her in gear. At least it makes her say she’ll take her pills and try harder.

Being that Mazzi isn’t solely into video games, but also singing, baking, and playing the trumpet, naturally he seeks his family admiring his talents. However, with Moz and Daniel downplaying his love for baking, making it sound something worth teasing, it gets to him. Which isn’t to say he may not be teased at school but his dad teasing him is a whole other thing.

So, to counter his dad’s perception of him, he joins the football team and with him excelling as a running back, he gains his dad and uncle’s acceptance. But, problems arise as he starts to go from the Mazzi with diverse interest to someone who hones in on football and the negative attitude which comes with it. Leading to him becoming rude to Cocoa, and the conversation of toxic masculinity coming up. Something Daniel refutes and gets promptly shut down for.

Leading to Moz talking to his son and apologizing for making him feel bad about himself. 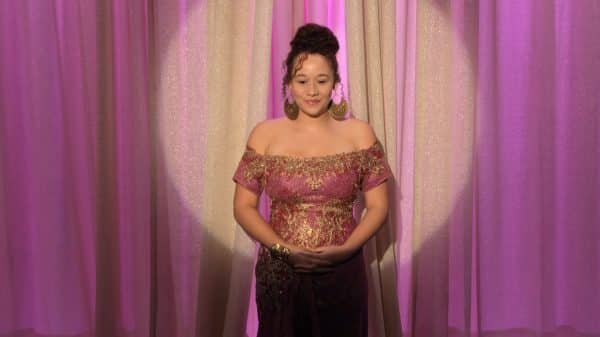 With Cocoa being a pageant girl, and Jade being a bit insecure, she wants to join the Miss Teen Columbus pageant. Which, in Cocoa’s mind, makes her think they will be a mother/ daughter duo. However, instead, Jade recruited Haven Sheeks to help.

Problem is with Haven, she hones in on Jade’s blackness like it is a trend or a gimmick, and darkens her and makes her look more “Afrocentric” for the pageant. Which freaks Jade out and leads Cocoa to firing Haven and having to fix the physical, and mental, mess Haven made. Luckily, while shaken, Jade isn’t too messed up by the experience and not only bounces back but wins the competition.

Cocoa Has A Job

No shade, but with the way Moz talked, for a long time I thought Cocoa’s only job was raising the kids. Which is her and Moz’s job but, it led to the need to question what is there to Cocoa outside of her kids and husband? The answer is, jewelry design. The type which sells for $1500 a pop. Add in, at the end of the episode, pageant coaching, and it seems Cocoa is being fleshed out and shown she brings more to the table than given credit for. 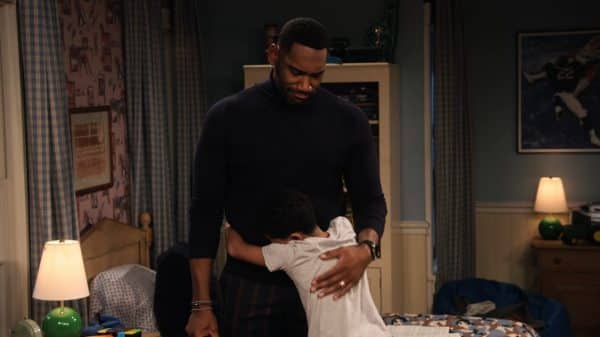 Two things Moz does are notable. The first thing is being willing to apologize to his son and acknowledge not only was he wrong, but he hurt his son’s feelings. With what little we’ve seen of Jeb, one could say that Jeb, Amelia especially, weren’t much for apologizing to their kids – no matter what the circumstance. So, in many ways, Moz apologizing for his actions, praising his son’s varied interest, we not only see a positive example of a man but also breaking generational trauma.

For, in the long run, it seems one of the main reasons Moz agrees with Cocoa, when it comes to parenting, is that as much as he loves his parents, he wants a different way to raise his kids. So that, unlike Grace, they don’t wait until they are in their 30s to start having honest conversations with him. To make it so, when they may not need him as a dad, they’d still want him around. And just fostering relationships which will make it so neither he nor Cocoa are seen as last resorts but one of the first people any of the kids will run to if they need to talk, are in trouble, or anything you could name.

With that said, number two is addressing toxic masculinity, and while it was shut down quick, you have to appreciate Daniel’s two cents as well. Primarily since, as Jade deals with the issue of Blackness for being fair-skinned, the issue of masculinity in the Black community is also an issue. Heck, take how much Black folks get up in arms over Billy Porter’s outfits. Mind you, the man isn’t hurting no one, just expressing himself and the capabilities of his bank account. Yet as many who love his style, there are others who those like him as toxic just because they don’t see clothes as masculine or feminine. More so, the question is whether it is stylish and maybe comfortable.

Between respectability politics, which came from who Haven Sheeks named, to darkening Jade’s skin and putting an afro wig on her, which looked slightly better than her normal hairstyle, red flags were popping up all over the place. Yet, even though the show only skirts the top of the water, you have to love how they are using Jade to address the insecurities of Black girls.

Granted, in terms of colorism, they are focusing on a fair-skinned girl and not feeling Black enough. Which, considering her friends Missy and the presence of Mikayla, makes you wonder when they going to give the darker-hued girls some shine. But there are two episodes left to address that.

High blood pressure is common with Black folks, but it isn’t necessarily talked about much. It’s just another hindrance that is often treated as a nuisance that is best left private. Yet, having M’Dear present herself as someone who ignores any and all recommendations might be the in your face wake up call someone may need. I can’t say who, but this is a family show, and if people are watching this together, it may lead to some side-eyes and pressure with a clear example on the screen.