With Alex’s exit comes Suze trying to console Nicholas and bringing up the idea he is autistic, which leads to the question of whether or not that is accurate?

Is This Goodbye, For Real? – Nicholas, Alex, Matilda

Alex seems to be legitimately done with Nicholas. This is a bit of a shock, but the way Alex makes it seem, Nicholas’ charm has lost its luster and can’t put a band-aid on an issue that has been festering for quite some time anymore. So Alex is done.

However, being that Matilda sees Alex as one of her best friends, though you could have fooled me, she invites him to her wedding and hopes he will attend – which he says he will.

After Alex leaves the cottage, Suze is one of the first to discover he is gone and has broken up with Nicholas, and she uses the opportunity to push the idea that maybe Nicholas is autistic. Why? Well, with raising an autistic child, a girl at that, who often are underdiagnosed, she knows some of the signs, and Nicholas fits quite a few.

However, he doesn’t take well to the idea, and so Suze backs down, but Genevieve picks it up later since the idea is intriguing to her. Granted, she does think Nicholas could just be a bad boyfriend, but as she realizes she doesn’t know a lot about autism, just Matilda, it makes her realize that Nicholas does have a lot of signs of being autistic. This is discussed with him, and they even do an online test, and Nicholas begins warming up to the idea of a diagnosis.

But, there does remain the idea that Nicholas isn’t so much autistic as he simply has ADHD, is messy, and doesn’t believe in following through. So when he brings this up to Matilda, she gets a bit offended since she doesn’t like the idea of her daily struggles being Nicholas’ excuse for bad behavior. However, he explains how he masks and performs all the time for people and when she hears that, she gets it. She also pushes him to get properly diagnosed, and, surprisingly, we see him head to a doctor to do just that.

It’s easier to be proud for someone else than yourself, isn’t it?
— Nicholas

The Fear of Stigma

Knowing you have a disorder or illness is a double-edged sword. On the one hand, as Matt in Sorry for Your Loss said, being diagnosed provides a legitimate reason for why you struggle with certain things, rather than simply having a character flaw. So no, in his case, it isn’t that he is lazy, but he has depression, so sometimes getting out of bed is difficult.

Though, on the other end is the stigma that comes from not only assuming you are something or have something, but it getting confirmed. As shown by Nicholas, he doesn’t mind supporting Matilda and her journey as a young woman who is autistic, but he doesn’t want that association for himself. Now, the show doesn’t dig too deep into the why, beyond him not wanting another label after ADD and gay, but it could be that Nicholas has averse feelings he doesn’t speak on?

Don’t get us wrong, I think Nicholas would appreciate an explanation for why he feels like he does with most people and why Alex had such a negative reaction to him when he didn’t feel like he was performing. But, at the same time, likely similar to Genevieve, I think Nicholas thought autism was what we see with Drea, Matilda, and members of their class, and the whole idea of a spectrum wasn’t part of their education.

Recognizing The Importance of Being Diagnosed By A Professional

It’s very easy to claim a diagnosis and use it as a crutch to excuse bad behavior. This is why Genevieve and Matilda push back against when the idea of Nicholas being autistic when presented. Think about it, just as a show alone, Everything Gonna Be Okay can’t sweep all of Nicholas’ negative traits under the rug and use autism as a scapegoat. We have to have him diagnosed, there needs to be a plan of action, and viewers have to recognize that with having a diagnosis comes owning finding ways to manage it.

Suze and Toby Being the Parental Figures Nicholas Need/Needed

By no means was Nicholas ready to be a parent, and he wasn’t really ready to be someone’s boyfriend either. However, a lot of time, no one is ready to take on a major role, and so they learn as they go. But, one issue for Nicholas is that he is isolated out in America and doesn’t have friends. Also, his mother is across the ocean and is so wrapped up in what is going on in her life, she can’t necessarily support her son emotionally or physically.

This is why Nicholas has attached himself to Suze since she gives him the relationship he needs. When necessary, she acts as the parent pushing Nicholas to own up his role in a situation and take responsibility. Yet, at the same time, she’ll drink with him, eat cakes, and joke with him like friends. Add in Toby, who shows himself to be as approachable as Suze, and it gives Nicholas what apparently he has lacked his whole life. Heck, definitely what he has been lacking since he started acting in a guardian capacity. 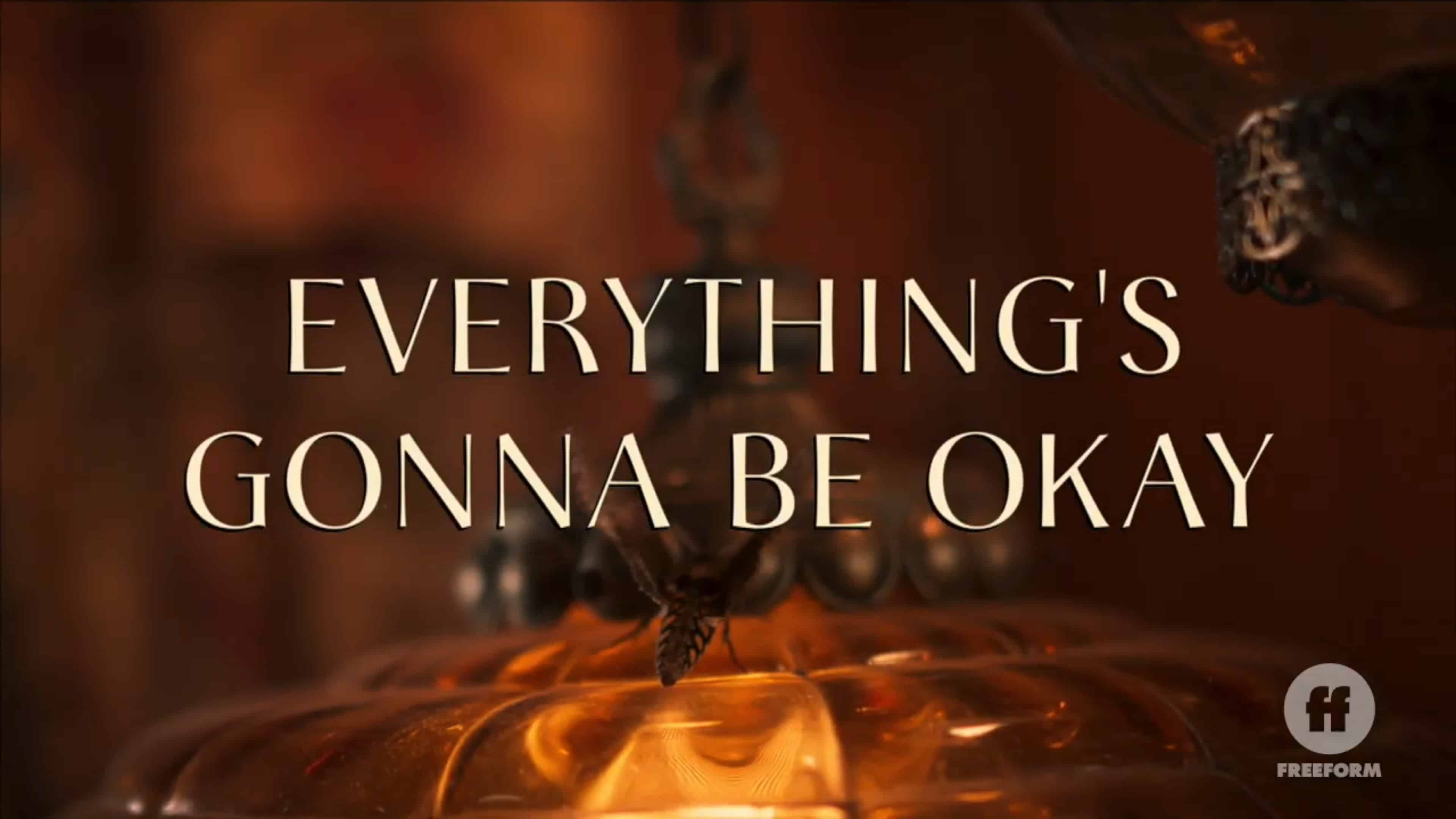 Everything’s Gonna Be Okay: Season 2/ Episode 9 – Recap/ Review (with Spoilers)
Trajectory: Plateau
As the show cautiously approaches the idea Nicholas might be autistic, it confronts the stigma around it, the importance of diagnosis, and an understanding that knowing one autistic person doesn't make you an expert.
Community Rating1 Vote
76
Highlights
The Fear of Stigma
Recognizing The Importance of Being Diagnosed By A Professional
Suze and Toby Being the Parental Figures Nicholas Need/Needed
Low Points/ On The Fence
84
Subscribe to our mailing list