It’s Christmas Eve, and two addicts, Rue and Ali, sit and have an uncomfortable but real conversation. One both needed to have but didn’t know the right person.

The Death Of A Fantasy – Ali, Rue, Jules

There was a time Rue thought she and Jules could have it all. Jules would pursue fashion, Rue hang out in the apartment, do drugs, and figure herself out, but Jules didn’t stick to the plan. She kissed Rue, said she loves her but found someone else. This was the ultimate betrayal.

Yet, when asked if they were in a relationship, like, you talked about it and confirmed it, Rue looks at Ali funny. They did what people do when in a relationship, so why do you need confirmation? With that, Ali knows all he needs to for what Rue is lashing out about is Jules ending the fantasy with what was reality.

But Jules is a small part of a larger conversation. One which takes place on Christmas Eve between Rue and Ali. Someone who tries to impart knowledge but, you know kids, Rue thinks everything she has done is the worse, that life is over, and in a way, her feelings are valid. It’s just, with Ali, he’ll play the woe is me game with you to a point but then reminds you you’re thinking surface level.

For example, in terms of Rue’s addiction, suicidal thoughts, even hitting her mother, Leslie, in the face, Ali doesn’t see that as big as Rue does. Which, at first, throws Rue off, and you can see her thinking Ali doesn’t get it. She doesn’t want to get clean, feels karma is the reason Jules abandoned her, and that the world is just a horrible place and she is just another evil person walking amongst the living. 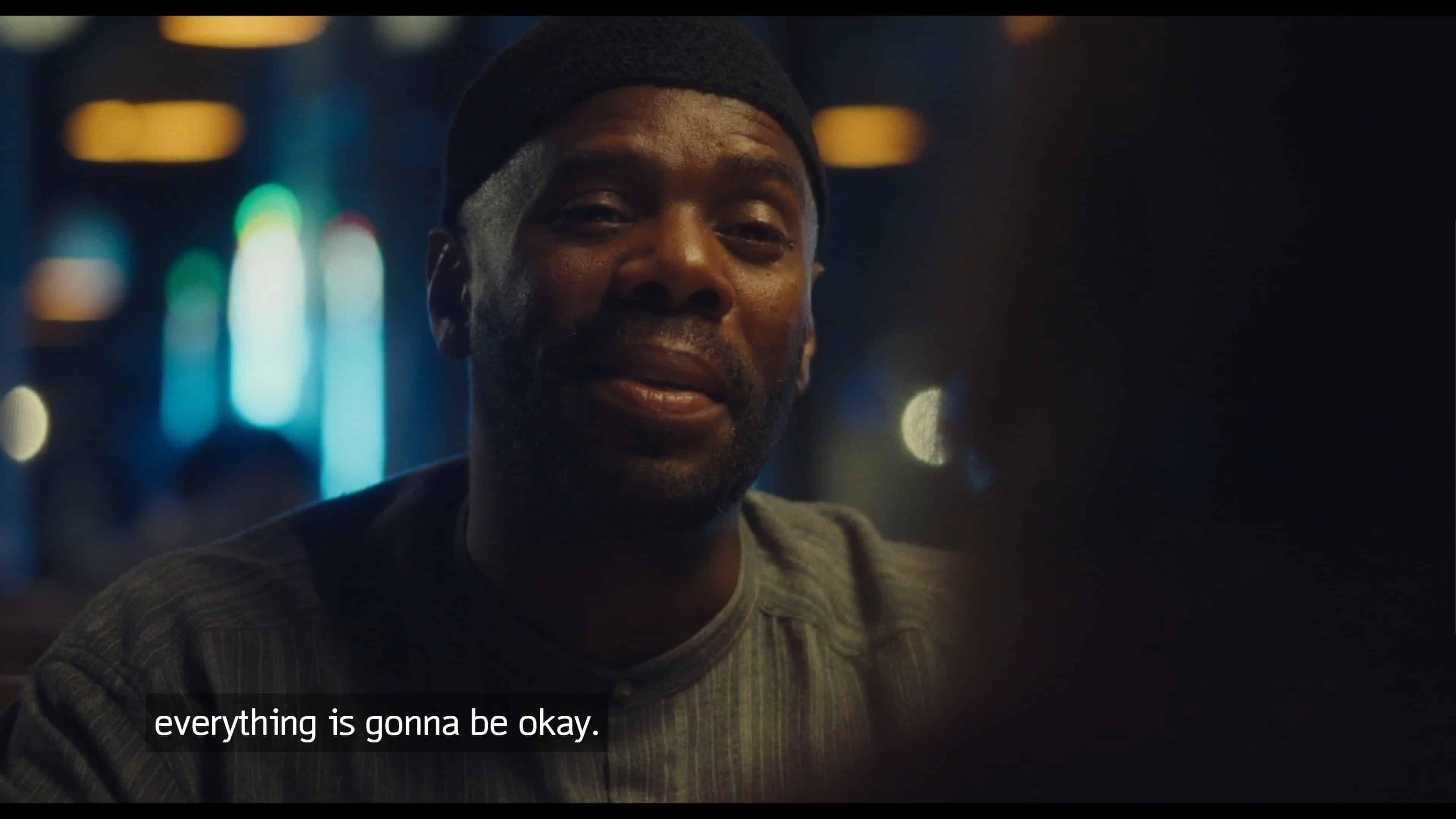 Ali: Everything is gonna be okay.

Yet, Ali flips that on her. If Rue is so bad, why does she feel guilty about what she did to her mom? If Rue does want to die, what does she want her mother and sister to think of her? Rue’s answers push her to realize that, while she feels heavy, she hasn’t gone to a place yet where she can’t be redeemed. The road will be long and hard, but there is a comeback.

However, there is still a desire to want it all, and Ali brings in a friend to explain, to have the energy, the capacity to do it all, it isn’t easy when you are getting clean. Ali himself notes who he used to be, Martin, and how he relapsed and did many messed up things. Yet, here he is, by the grace of God, sitting with 17-year-old Rue, late one Christmas Eve, having pancakes. Decades apart, two people with similar life experiences, having a conversation. One that Ali hopes will keep Rue from the bottomless pit she is capable of digging.

However, with Ali being so nice, Rue has a hard time believing he has done anything terrible. I mean, yeah, he was a crackhead, doesn’t have the best relationship with his daughters, Imani and Marie, but he seems like overall a nice guy. Well, despite wanting to protect that perspective, Ali comes clean with Rue.

You see, on top of being a drug addict, when he was married, sometime around when he was 30, he not only beat his wife but did so in front of his girls. Mind you, drugs were a factor, but considering how he watched his dad do that to his mom and promised himself he wouldn’t do the same, not even be capable of it, that’s his shame. That is how he knows about redemption and doing something evil.

Which, at this point, it seems Imani is willing to speak to him, even let him talk to what might be his grandchild. Marie, on the other hand? Oh, she won’t speak to him.

Now, as for how Rue reacts? Well, she still sees him as a good person. Be it because he sat down for an hour and had a real conversation with her, maybe because he is spending Christmas Eve with some kid he met at an addicts meeting? Or maybe, just maybe, when he says he has faith in her, and has a desire to hold her accountable, it means something?

We may not really know how much it means, for both sides, until season two, however.

Revolutions are no longer radical.
— Ali

Everything that’s good to you ain’t always good for you.
— Miss Marsha

That is why the world keeps getting worse. People keep doing shit that we deem unforgivable, and in return, they decide there’s no reason to change. So now you got a whole bunch of people running around who don’t give a fuck about redemption.
—Ali

While many have talked to Rue, be it, Jules, Lexi, and Fez, as Ali makes clear, there is a world of difference talking to someone your age, who will see some of your actions as unforgivable, compared to someone old enough to be your father. With Ali, you get a sense that there truly is no judgement because he has been there. Also, Rue can have a father figure without the fear of losing said figure because she doesn’t fit a certain image.

With Ali, he knows Rue, sees Rue, engages Rue, even when she is at her worse. That creates this trust where you can tell, even when Ali is going off on “Your generation” and doing what could feel like personal attacks, Rue just listens than gets defensive. She realizes, and has a maturity not given credit for, in understanding the difference between constructive criticism and a personal attack. Rue comprehends that Ali expects her to be as open and vulnerable as he is, for to heal, you need to be willing to deal with your s***.

And when it comes to Ali, you can see that, while he struggles with trying to be to Rue what perhaps he didn’t have or had far later in life, he wants to be honest. Even if it means revealing the worst bits about himself because I think he needs her in a way as well. Maybe not to the same degree, but considering Rue is growing to be like a daughter to him and how much Ali speaks of redemption, you could submit he is trying to redeem himself as a person, as a father, through sponsoring this kid’s future. 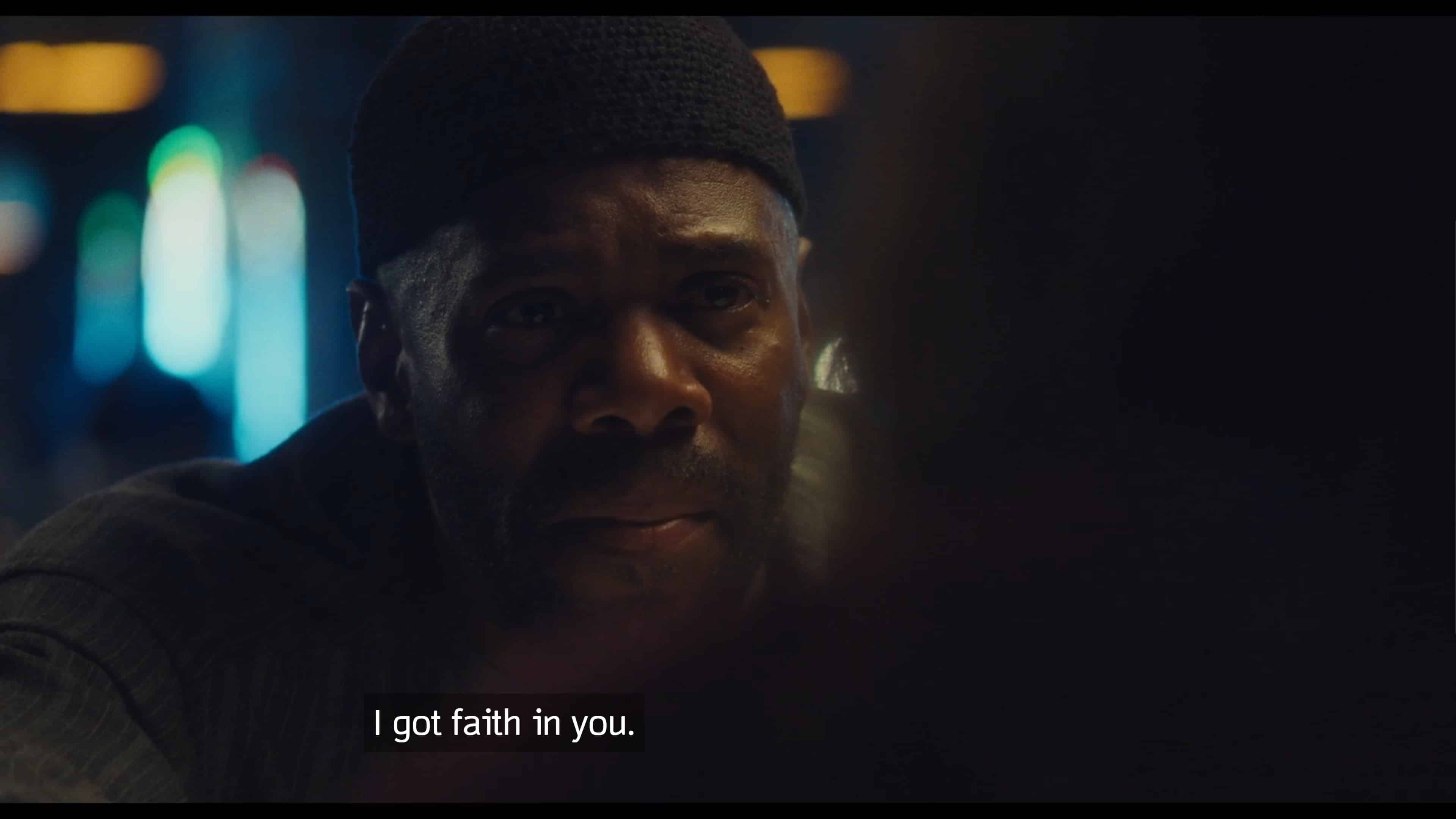 Ali: I got faith in you.

Which, in the most beautiful way, isn’t done financially, for Ali isn’t a sugar daddy, but rather in his time. For in that exchange of faith and believing the other is a good person, or capable of it, you see a commitment shared between Ali and Rue. One that leaves you to hope, with them holding each other accountable, maybe Rue could get better? Especially since all Ali is offering and wants for Rue is to get better. There is nothing romantic, with strict conditions, or even dependency there, as of now. It’s all about having someone in your corner who gets it and doesn’t look at you like a f*** up but a human being—one with the potential for destruction but hope for salvation.