Wherever I Look
Recaps, Reviews, and So Much More
Home TV Series Euphoria: Season 1, Episode 2 “Stuntin’ Like My Daddy” – Recap, Review (with Spoilers)
TV Series

Nate and Kat get focused on, and Maddy to a point, as we dig deeper into East Highland and its many screwed up residents.

A Fun Time Made Public: Kat

With the first day of school coming, of course Rue wants to get high. She even talks Jules into it, and they have a really good time together. In fact, Rue enjoys spending time with Jules so much she talks to her mom about Jules. Heck, on top of inviting her to dinner, she may even love Jules.

Plus, let’s face it, Jules is someone who, unlike Lexi, can’t bring up how Rue used to be and make her feel bad about it. For it sucks already that Rue has to deal with Leslie, her mom, who she had to hold broken piece of glass to in order to get her to back off, never mind Gia. So who wants to deal with Lexi, and her semi-perfect life, bringing up how they were friends in Kindergarten? Even if she is still sort of nice? 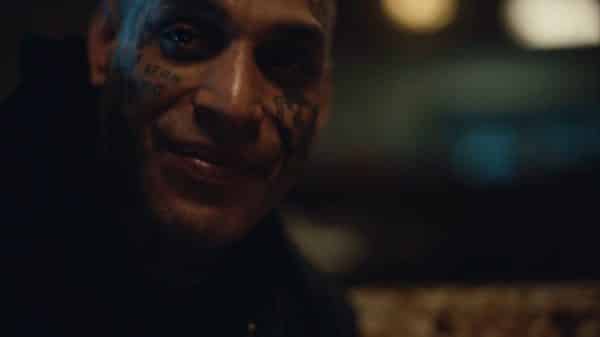 But that’s besides the point. The only friends Rue needs right now are Jules, Fezco and, in extension, Ashtray. However, it seems Fezco may need to create some boundaries and distance between his person and Rue since she decides to just show up in the middle of the night asking for drugs and stealing some socks. Which, on any other night, would still be rude and annoying, but could be a quick thing. This night, on the other hand, is when Fezco’s supplier, Mouse, comes to visit, and he, unfortunately, takes a liking to Rue. In fact, after drugging her with Fentanyl, he extorts $600 from Fezco as an alternative to his payment being some ass.

Thus really showing what Fezco said in the last episode is true. He does think something is special about Rue and maybe really does see her like a little sister. One who probably owes him a lot for drugs, is unlikely to pay him back, but likely will keep coming running her tab until her lifespan runs out.

For The Love Of You: Cal, Tyler, Nate, Jules, McKay, Cassie, Maddy, Suze

This episode features us getting to know Nate, who is a psycho. Why? Well, part of the reason planted is his father, Cal, directly and indirectly, making him so. Indirectly he did by, when Nate was 11, leaving his filmed session with boys not as secure as he thought they were. In terms of his direct influence? That was by making sure Nate was hypermasculine. Leading to, in a year, Nate dropping body fat and, as a freshman, becoming the starting quarterback, alongside team captain, for the East Highland Blackhawks.

It didn’t end there, though. Thanks to Cal, Nate has a thing for hyperfeminine girls. Thus making his girlfriend Maddy perfect for she is hairless, was formerly a virgin, and feminine in every which was possible. Yet, she is also someone who knows how to get under Nate’s skin. Hence her setting up this guy named Tyler to make Nate jealous. But, what she probably didn’t plan for was Nate beating the hell out of him. 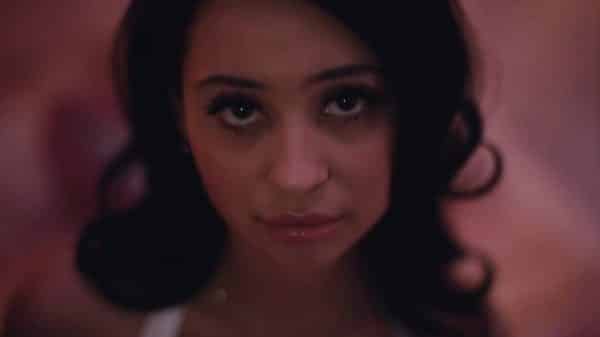 Though, don’t think Nate only has eyes on Maddy. It seems he has his eyes on Jules as well. Why? Well, that’s hard to say. Considering how uncomfortable Nate is with penises, yet maybe his trauma still leading to some attraction to them, perhaps he thinks Jules is the best of both worlds? Hyperfem but with Jules possibly being non-binary or trans, she still… yeah. Though it could just be he rejects Jules existence and is playing the long game in setting her up. Especially since, unlike the others Cal has had sex with, Nate can hunt down Jules.

Which, by the way, isn’t to imply Nate cares about his mom or anything. He doesn’t like her, thinks she is weak, and a pushover. But, to complicate things, when it comes to girls he likes, Nate doesn’t like girls who act like men (read: aggressive or take the initiative) either. So it is hard to say what the thought process is currently.

Switching things up, Cassie and McKay are still going strong. In fact, Cassie and Lexi’s mom, Suze, says she really likes him. But it does seem they may have a communication problem. Though when it comes to sex, they should be alright. At least for now.

It seems the next episode will feature Kat’s backstory, and I cannot wait for that. Mostly because, and I know this is a cliché to say but, she isn’t like the other girls. In fact, considering this show takes place in the Midwest or south, it seems kind of weird everyone else is thin, and Kat is currently the sole talking role, male or female, adult or minor, who has meat on their bones. 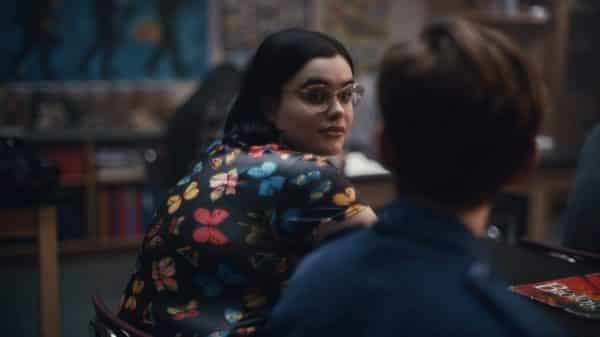 So here is hoping they expand past her being a big girl and make it so that isn’t the core to her identity.

I hope we get Leslie’s backstory because, I don’t know about you, but if my child threatened to harm me with broken glass – it’s over. I’m sorry, addict or not, Leslie has a whole other child, and it seems the first one would have to be a write-off. Yeah, being notified my first born is dead sucks, but there is just something about a person willing to possibly kill you which crosses a line. One I don’t think you can ever go back over.

The Possibility Of Episode By Episode Backstories

This show has a rather large cast, and we’ve barely learned a thing about most of them. So, here is hoping after Kat, in the next episode, we’ll get to learn about Cassie, McKay, Gia, Fezco, Ashtray, Lexi, and Maddy as well. Maybe some of the others too, but those are my top picks.

I just want Rue to be happy. Also, I want Jules to be safe. However, it doesn’t seem if they are together we can get both. Rue being happy still requires drugs, and Rue likes to share, and Jules gives into peer pressure. Though, I think one interesting thing to ask here is what is Jules’ sexuality? Is she even into girls? Much less, are we reading too much into Rue loving to be around Jules? Yes, it’s pride month, and it isn’t like Rue has noted she swings one way or the other, but are we jumping the gun here?

Either way, it is nice to see Rue be so innocent and adorable when she is around Jules. I hope it lasts.

The Charm Of A Drug Addict

There is something to be said about how Rue can go from overdosing, traumatizing her sister for life, to making her smile and sing along to a song. That is charm right there. Though, let’s not forget Rue is taking drugs from Fezco which costs 10s, 100s, if not more. I mean, her tab right now is probably at a level she can’t pay back. Yet, who better than Zendaya to play someone who, even if you know they’re a user, you still find yourself hoping they can turn things around. I mean, that’s the only way to explain Leslie keeping Rue in the house. Unless she promised Robert, Rue’s dad, she’d stick by the kid no matter what.

#euphoriahbo #feeleuphoria With it seeming that each episode will focus on a character, besides Rue, who do you want to learn more of after Kat's episode (Episode 3)?

#feeleuphoria #euphoriahbo If your daughter was an addict and threatened you with a piece of glass, what would your reaction be?

#feeleuphoria #euphoriahbo Knowing what you know about Nate now, how do you feel about him?

The Possibility Of Episode By Episode Backstories - 85%

“How does Rue, who isn’t that social, know anyone’s backstory?”