AllBlk’s Double Cross returns, and with a new opening, new characters, and a budget to match, we’re in for a smooth, eye-opening ride.

So, what happened after the season 1 finale? Well, Eric and Erica were given barbiturates that nearly killed Erica, and they were brought to a school with a prison in its basement. There, Eric convinces Robin to undo his chains since Erica seems dead and nearly was. Then he tries to flip things on them, but as an army of women come in, it becomes clear Eric being a badass isn’t going to do much.

However, bad turns to worse when Eric kills the woman, a white woman known as “Mother” who raised what appears to be solely Black girls. But this strangely doesn’t get him killed since her successor, Imani, likes Eric, wants to have sex with him, so his life is spared and Erica’s.

Outside of the prison/school, Erica’s actions are still causing a stir. Dr. Cintron is confused about what went down, and then with Brian trying to get him fired, how he kept his composure is hard to fathom. Especially since, you know Brian, on top of being a rapist, he is also very extra. However, Mandy, the human resources rep, knows Brian has been harassing Erica and stealing from the hospital. So while Dr. Cintron admits to threatening Brian, she knows there is something between them and just wants it to not affect the hospital.

After all, with Dr. Cross doing what she did, the last thing they need is not just an association with a criminal, but ethical issues within the business. For with Mercy Hospital being the sole hospital serving in the area, if they get shut down – that will cause a HUGE amount of issues. But while Dr. Cintron and Brian are getting reprimanded, Detective Ryan is dealing with his wife Tanya, upset about him getting shot and, as you can imagine, beginning that push for him to slow down. The problem is with her desire is he wants revenge on the Cross twins for killing Candace. Though with learning from Officer Lopez that Candace wasn’t killed by them, but a whole different group, it seems Detective Ryan will have a huge amount of work on his plate to not just get justice but a cathartic release.

Believe Me When I Tell You – Eric, Erica, Robin, Imani

Robin is really struggling with realizing Eric and Erica are real. For most of her life, she had to convince herself they died or something happened because, otherwise, they would have looked for her and found her. And considering Eric and Erica are so adamant that Robin isn’t their sister, it just messes with her head more and more.

Which, going by what Imani says, Robin has a reputation for not being all the way there. Mind you, this isn’t to say she was off before being kidnapped, but between isolation and abuse, Robin has serious PTSD, among other issues. But in the end, by telling a story of how Eric stitched her up after she hurt herself as a kid, the twins believe Robin.

Though, whether or not it is too late and if Robin will help them is a whole different story. Unlike Mother, Imani plans to rule with an iron fist and has no desire to let the Cross twins go. In fact, they are only alive because Robin made it an issue. So, their continued existence seems to solely rest on Eric putting it down since, with the organization only kidnapping girls, who knows when and if Imani has gotten some? Add in her liking Eric’s bad-boy appeal, and while she makes it clear she won’t let him go, no matter how good he is, maybe he could get her vulnerable enough to do something? 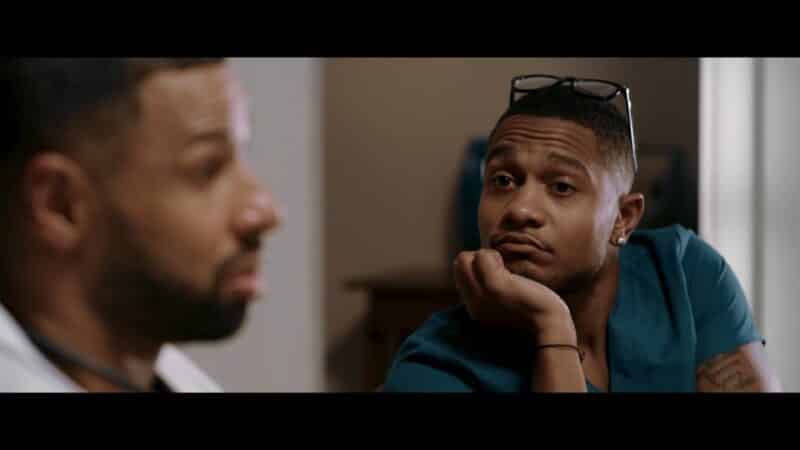 We may no longer have Ms. Audrey, one of Mother’s recruiters, but we still have Brian. Who, just in his scene with Dr. Cintron and Mandy alone, makes you hate him so much yet also laugh in a way you don’t want to see him killed or written off. Because one of the best things about Double Cross is that it presents many serious issues, like kidnapping, sexual harassment, murder, and more, yet you have a Brian or Ms. Audrey type to remind you that everyone doesn’t have to be stale. People can still be weird, funny, have personality, and get on your nerves.

With Robin painted as this gangster who, like everyone who was raised by Mother, wearing tight leather pants and always having a gun on their person, you may think she would be a hardened thug. If not, as Imani paints her, because of the abuse, isolation, and trauma, a functioning child masquerading as an adult.

However, when she breaks down towards the end of the episode and tells the story needed to get it to click with the Cross twins, that hit. Because, previously, her antics could be taken as Double Cross making her come off crazy and unpredictable. But, at that moment, you realize her always crouching, seeming confused, and being weird, it really was her reconciling the story she made up in her head to survive with her siblings being before her.

Then when you add them denying her repeatedly, it took its toll. And even in her reveal, you can tell she didn’t want to have to convince them that she was their sister. What she wanted is for that same feeling she had before, that is weak but not lost, of her family missing her, wanting to find her, yet instead they needed the utmost proof. Which seemed to shatter her since, and maybe she romanticized it in her mind, I think there was this idea they should have been able to look at her and just have known. Despite 25 years passing, they should have seen their little sister and not a stranger.

The Death of Mother and Rise of Imani

Talk about putting you on notice. With this show not featuring a notable amount of white characters (the network is called AllBlk), it made Mother’s arrival feel expected, and it made sense. After all, a white woman thinking they are doing many Black girls a service by taking them from their families and raising them to love and be obedient? That sounds about white, doesn’t it? 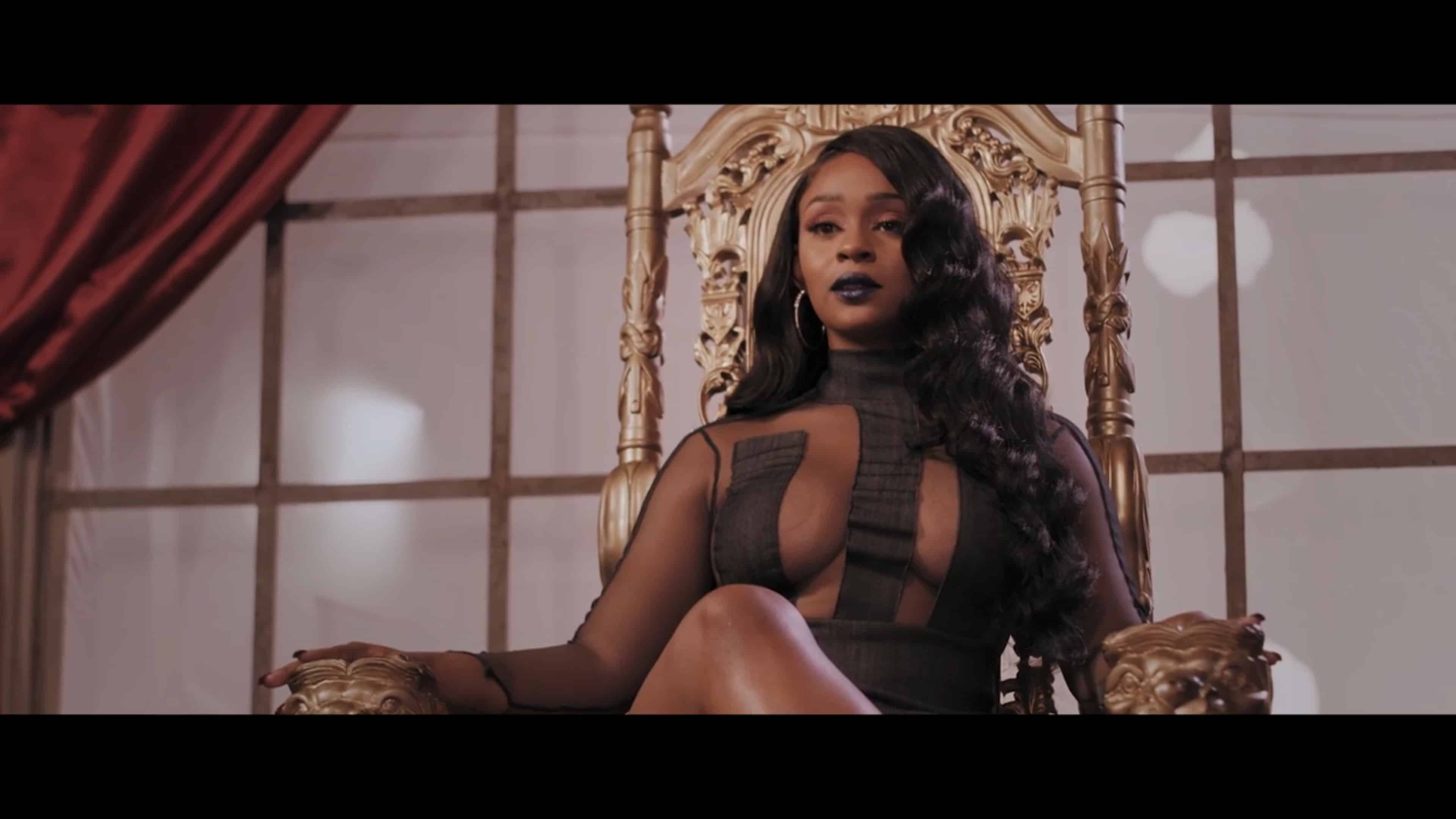 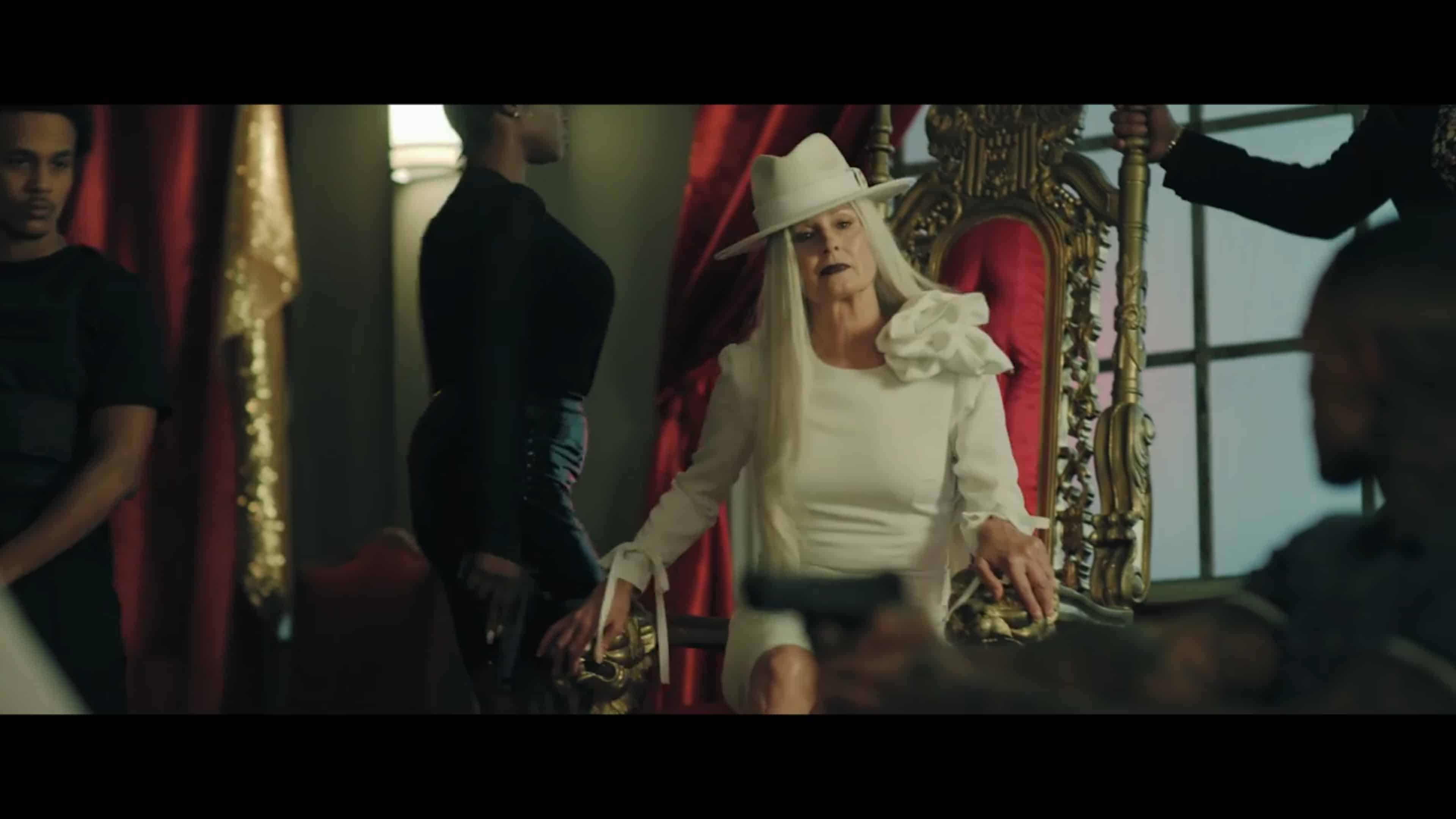 However, like with Erica’s ex, she got killed immediately, and like with Bradley’s murder, you are left to ask, “What the F***?” And with Imani coming in, vulgar, ready to assault Eric to get what she wants, you get one jarring moment after another. Granted, one you want to see played out since Eric has a whole lot of mouth for someone not in a power position, but that is the appeal of the character for the audience and Imani.

Double Cross, in its second season premiere, makes it clear there will be no sophomore slump.