Just when you think “Double Cross” may have peaked, a character who may have barely been on your radar does something shocking!

Just in case you thought Erica was off the hook when it came to her ex, Officer Lopez, Candice’s girlfriend, or friend with benefits, shows up and questions Erica. Which, at first, goes fine. However, with Bradley’s car still at the house, that does leave something Erica has a hard time explaining her way out of. Though, let’s be real, letting a cop in your house and allowing them to ask you questions without a lawyer, well that’s dumb. Especially for Erica since, based on the way her home looks, she could afford a lawyer. Never mind, she notes she recently paid for an interior designer, so it seems her student loans aren’t burying her. 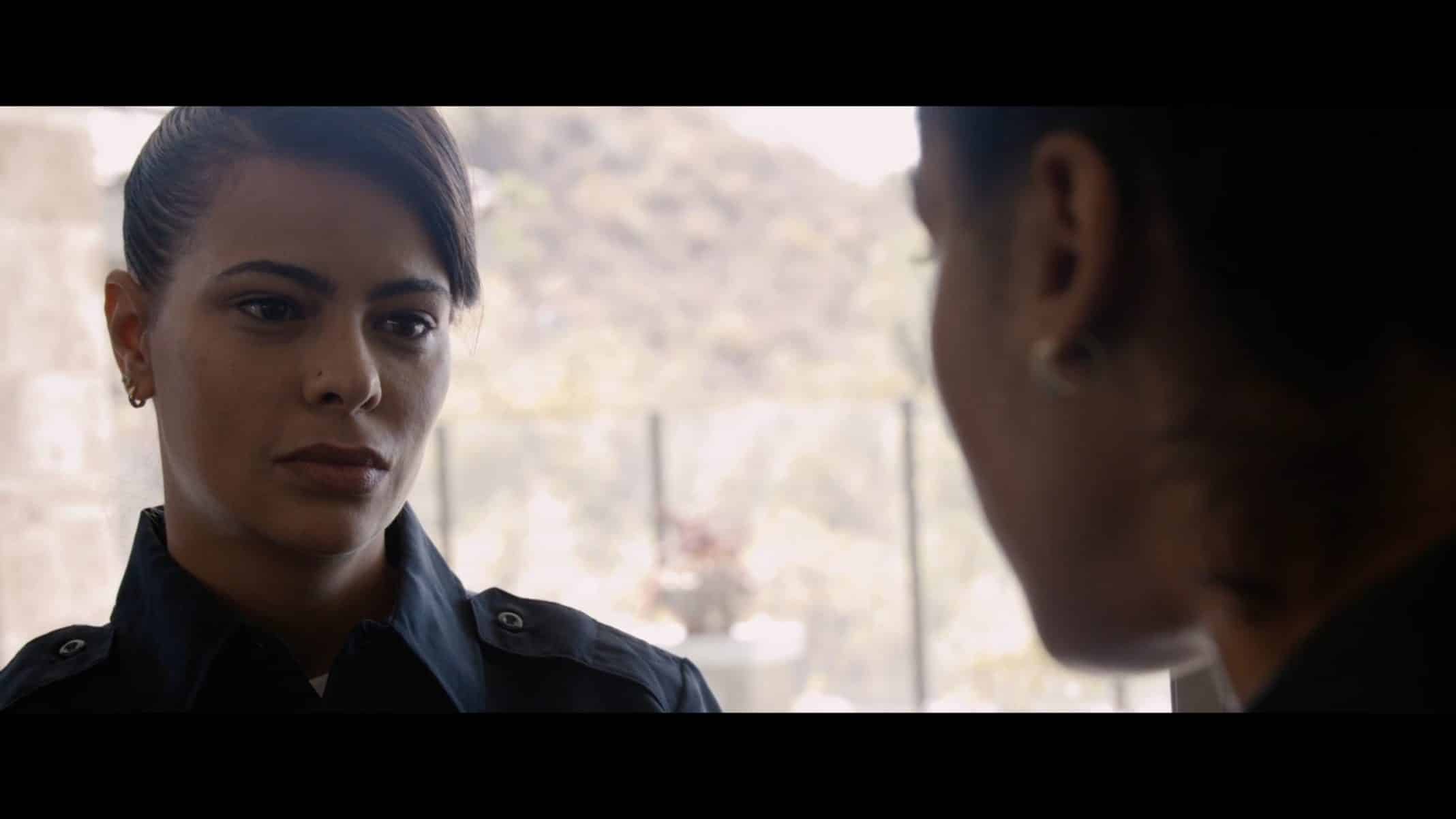 I Know What You Did – Brian, Erica, Cintron

Speaking of legal issues, Brian reveals he knows Erica murdered the patient she had. Which leads to him not only blackmailing her but raping her. Mind you, in his mind, he is forcing a relationship he thinks should have already happened. However, Erica calls it what it is.

But to make situations go from bad to worse, Cintron shows up the night Brian is coercing Erica and gets in his feelings. Leading to a small cathartic release for viewers as Cintron punches Brian dead in his face.

It isn’t clear who between the cops or Eric will discover what Ms. Audrey is doing, but the showdown is hotly anticipated. For with every nasty look Ms. Audrey gives, you know she is going to go out like a G. And, honestly, she is slowly, but surely, starting to steal this show.

While Erica was the initial hook, all eyes are on Ms. Audrey now. From her looks of disgust to her give no f***s attitude, how can you not love to hate this woman? Never mind wonder how and if she will get her comeuppance?

The sole reason Brian is in the highlights is that he is proof this show still has tricks and means to up the ante. All the while, not coming off desperate. For Brian has long lusted over Erica, and while we, by no means, support his method of getting with her, in terms of what we’ve seen on this show? Honestly, what he did was shocking but in tune with the vibe.

Let it be said, however, when Eric finds out what Brian did, oh, the tears I’ll shed, from laughter, as Brian realizes he messed with the wrong one.