In the season finale of “Don’t Look Deeper,” the least expected happens as Aisha tries to convince Noah of the worthiness of her life.

As Jenny and Levi dash about trying to find Aisha, they learn Cari is in a coma. Though, after Abel “patches” Aisha, she too ends up knocked out. It’s just what Abel did to her wipes her programming in ways beyond what Sharon has previously done.

But, at the very least, before that happens, Abel, who we learn is, in fact, trans, does let Aisha and Calian have a moment. Heck, he even puts Noah in a submission hold when he tries to interrupt Aisha and Calian playing.

However, even with seeing Calian and Aisha play, Noah hasn’t wavered on his opinion of Aisha’s existence. So despite Aisha’s pleas and attitude, alongside Martin and Sharon, she is allowed to time out and, by all accounts, die. And, technically, Aisha does die, with her brother beside her. Well, at least her body does. It is put into some sort of grinder, and that makes it so there is no digging her out of the trash and starting over. Especially since, years ago, it took around 17 people to make Aisha, who knows if the same number amounts to Calian, and Sharon is a programmer, not someone who has the money or knowledge to rebuild a person.

But, luckily for both, Aisha put a backup of herself in William, and through him, Levi and Jenny are able to upload Aisha. Which implies that Aisha is now online, and with that comes the question of what is she capable of? Can she possess emBeds and move about? Heck, can her data travel all the way to Chongqing, China, where, apparently, someone has made a model of what her body looked like, back before Martin came into her life?

What Abel Brings To The Table 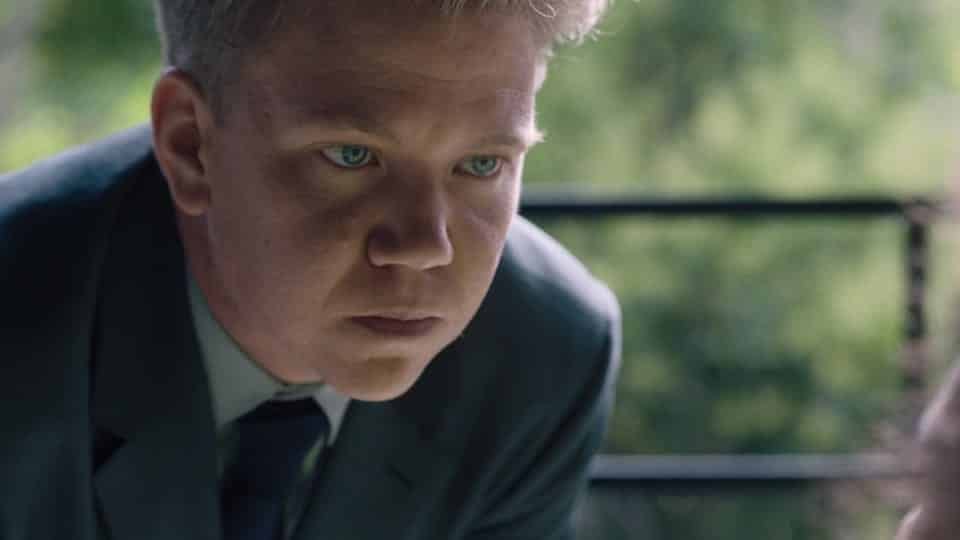 Beyond Abel’s mercy, there is also the story of their transformation. For while hinted, it wasn’t outright said they were trans before, but Aisha made it clear now. And despite Abel mostly being used as an enforcer, you have to admire the moment of empathy shown.

It reminds you why, when it comes to the LGBTQIA+ community, they take to the likes of Lady Gaga, Cher, Madonna, Beyoncé, and many others. For watching someone who, despite what they’ve been through, survive and yet embrace life and people who may not look like them, love who they love, yet validate their existence, it touches you. And the fact that a robot can be more proud of Abel being who they are when Abel’s own brother, who has known them their whole life, still gives them a side-eye, it hurts.

And, overall, through Abel you get the idea of what it means to have a place in society, due to having a job and some sliver of purpose, but how much it can hurt to find more love and understanding from a stranger than your own kin.

Is Noah A Villain Or Simply Ethical? Setting aside the terrible brother Noah is, there is a need to question if he is truly a villain on this show. Take note, Aisha was made with his company’s money, could honestly be an endangerment to humanity, and her existence does create an ethical dilemma. For while Noah’s argument about trust isn’t pushed and made as strong as it needs to be, he has a point.

Lest we forget, there were ideas of creating emBeds for war, so imagine an Aisha type, even a Calian, who may seem like a kid but ends up being a bomb? If not someone planted to spy?

Which, granted, are all extremes, but extremes have to be taken into consideration. Nuclear power can be used just to provide electricity and a less toxic means than coal and oil, but it can still be made into a destructive bomb that wipes out anything near the epicenter for miles. It all depends who is in control, and once something is created once, the possibility of replication is there.

Are we glad Aisha could live another day? Yes. However, after starting an episode with her body being ground up, to have us be left with the idea that, 9 minutes later, she is now in the cloud and someone already produced a possibly body, that looks just like hers? It’s kind of anti-climatic.

Granted, how Quibi is going to handle its shows, especially the possibility of multiple seasons, isn’t yet clear. However, with so many blurring the line between movie and television show, you’d think the ending would be an exclamation point, to really take on Martin losing a second child, than a hopeful ellipsis that undoes any of the devastation that could have been felt.

In the final episodes, Don't Look Deeper doesn't necessarily end with a war or whisper, just an ellipsis that undoes any and all tension.