Wherever I Look
Recaps, Reviews, and So Much More
Home TV Series Daytime Divas: Season 1/ Episode 6 “We Are Family” – Recap/ Review (with Spoilers)
TV Series Another week, another guest star and of course all the drama you’d expect out of Daytime Divas. Of which, still, Kibby’s is arguably the best. Though Heather and Nina are getting better. I should note, however, despite Heather saying her family was moving into Mo’s apartment, she is not in the episode at all.

There seems to be a true desire to move on. After all, Shawn and Nina are due to have a kid. However, the woman he fell in love with had integrity, was this big time journalist, and the true person is a fraud. So while there is this desire to move in together, raise a kid together, and put how their relationship started behind them, it is hard for Shawn. As for Nina? She’s fine. She has lived with this lie to the point it has become true to her.

Yet it doesn’t sit right with Shawn and it leads to them going from awkward to having a fight. One which Nina follows up with asking if she has to worry about Shawn blabbing. Which, as you can imagine, is insulting to Shawn. To the point, he realizes their trust issues go both ways and there is no point in trying to save the relationship.

Here is the worry for me, Shawn has Maxine as a backup but who does Nina have? Without Andrew or Shawn, can her storyline stand alone? For unlike Heather, she hasn’t gotten to consistently play off whoever the guest co-host is.

But, with noting she hasn’t gotten to stand on her own, here is her chance. Maybe they can finally show us rather than tell us what a good journalist she is. For that is one thing everyone else has had on Nina. You get to see and understand Kibby’s past, Heather’s wholesome Christian faith, Maxine being a boss, and even Mo and the guest stars got to show why they were at the table. For Nina, is has been that Pulitzer.

So here is hoping we may get what Nina asked for before, which was the chance to show her stuff. For clearly, she was in the same place where the person who died was. So, with that in mind, she may actually have some merit. I just hope the show decides to make it clear that she is more than Shawn, more than Andrew, and more than that Pulitzer.

When Nice Guys Get All The Attention: Kibby, Heather, Maxine

As history shows, neither Kibby nor Heather have the best record when it comes to relationships. For Heather, her faith has probably kept her in a bad marriage for years. Then with Kibby, between whatever issues were picked up from the hinted at molestation, her relationship with her parents, and exes, it has been one bad professional, personal, and intimate relationship after another. So, naturally, when a nice guy like Julian comes about, he gets a double take.

At first, you may not take note of him. After all, the main issue with nice guys is that they are often boring. Yet, Heather is suburban boring and being boring helps Kibby’s sobriety. So, as we saw with Heather before, and as seemed destined with Kibby, they catch feelings due to his kindness. However, he wants neither. Not because, surprise! He is gay or anything, but he realizes neither one would be a good match.

For Heather, she likes alcohol. Julian is a former alcoholic so that isn’t a good match. Plus, she is just trying to get over Bred moving on with some young model. Then with Kibby, age maybe a factor, but more so because his job isn’t to love her or have their relationship evolve into something more intimate. He doesn’t want to cross that line so he ends things.

Luckily for Kibby though, Maxine sort of redeems herself. After making it seem Julian was hired to just keep Kibby on the straight and narrow and not become a liability, we hear why she picked Kibby. It wasn’t a ratings thing but because she admires the girl. And even with Kibby confessing she is really only 31 days sober, Maxine becomes that sort of maternal figure she once was to Kibby. Definitely healing their relationship.

Though, whether that may be enough after the way Kibby’s sobriety party ended, and Julian leaving, that is hard to tell.

Heather’s journey is a bit of an interesting one. If only because a lot of it deals with tests in faith. Her daughter is trans and her husband isn’t willing to work on their marriage. She is beginning to crave affirmation, affection, and some kind of intimacy and is starting to seek it outside the marriage. Something which she knows is wrong, but her human needs are combating her faith. Which isn’t dug into too heavily, since Heather is a comical character, but you can see there is more to her than meets the eye.

As for Kibby? The main thing worth noting is her renewed relationship to Maxine. If just because Maxine forced people to be there for Kibby when she needed it. Which hurt her feelings when she found out, but it was still a nice gesture. But what really mattered was that talk she had with Kibby. The one where it reaffirmed the idea that Kibby is a personal investment, not a business one. That this girl she has faith in isn’t on her show for the sake of ratings but because she respects her fight to survive and that, while she has struggled, she remains in the ring. We’re going to skip over Cecile (Eve) setting up Maxine with Ben (Richard T. Jones) if only because it was more fat than meat. Both are characters which seemingly will have one episode stints and don’t give us much. All they do is slightly complicate things between William and Maxine. Something which, luckily for her, doesn’t lead William to be petty. For with detective Stagliano (Jason Davis) asking questions about Ted’s death, which apparently included choking, you know William knows something. He was, after all, working that night. Plus, considering the way Shane talks, it is becoming clear that he did something these two are covering up.

To be frank, I still feel so much more, and better, could be done with Maxine. This tired old soap opera storyline of who killed Ted gives me nothing. On top of that, William and Maxine’s relationship I need to see become more than secret dinners in her apartment. She is this alpha woman, who, yes, maybe private, but she has to at least been with William around a decade, if not at least 5 years. What is the reason they don’t go out? She doesn’t feel comfortable paying for him or something? 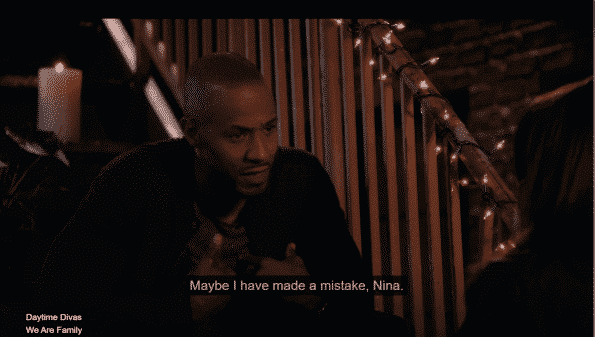 Leading to the thought: If there is one thing I’d love to see more is the men be built up on this show. From Shawn to detective Stagliano, the men on here are boring and dry. Not because they tend to avoid drama, but because they don’t seem invested in. Sort of flipping the way we are used to seeing things, they are but accessories. To the point, arguably, some of Maxine’s one episode co-hosts had more development/ things to do than them. Remember Portia? She was queer, opened up a whole new avenue for Heather, and if she wasn’t married, that could have been an interesting relationship. Even if it remained one-sided.

But, alas, this show doesn’t seem to want to go beyond what some may consider “Guilty Pleasure” quality. Of which, in my mind, means a whole bunch of soap opera drama with very little payoff.