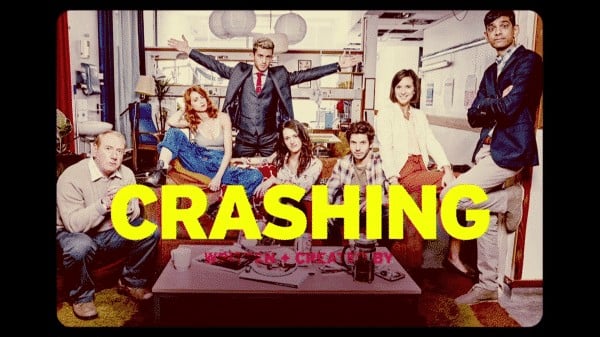 In episode two, you’ll still feel like you’re warming up to the characters. However, as they make you laugh, and not just Lulu, they begin to really grow on you.

“I’d Be Generous With Your Penis”: Melody, Colin

For reasons still kind of unknown, Melody really wants to invest in Colin. I mean, perhaps not reasons unknown but definitely lost in translation. For be it she just wants his sex, to paint with him, or actually be in a relationship with him is hard to say. What is known though is Colin is a mess and Melody is definitely coming on too strong. To the point that while her attention is perhaps a healing factor, it is also too much at one time. Thus leaving him unsure whether to take the leap, much less take her seriously, or treat her as someone taking a piss.

I really am struggling to understand Melody. Yet, in that struggle is what makes her interesting. Not the fact that she is some semi-bohemian French girl who teaches art classes. That’s good for background but it doesn’t answer any questions really. Yet, I feel, through Colin there may be a demystify factor when it comes to her eccentricities.

What I mean by that is, through Colin’s normalcy we may be able to see into the heart of Melody. Then, possibly in turn, through Melody’s eccentricities, we maybe get to understand Colin. Someone who I think, similar to Kate, is a bit repressed. Though with Colin, I feel that his repression came from perhaps trying to be the perfect husband and failing. Well, I at least want to give him the benefit of the doubt that he tried. But something tells me he was probably too boring for his wife. Hence the new lover.

Though it should be interesting to see what comes of Colin and Melody living together. For never mind the hospital rules, which everyone seems to break. What is more interesting here is whether these two can complement each other in the long run. Colin providing some form of normalcy while Melody some kind of excitement.

I Know What You’re Thinking, But It Ain’t Gonna Happen: Fred, Sam 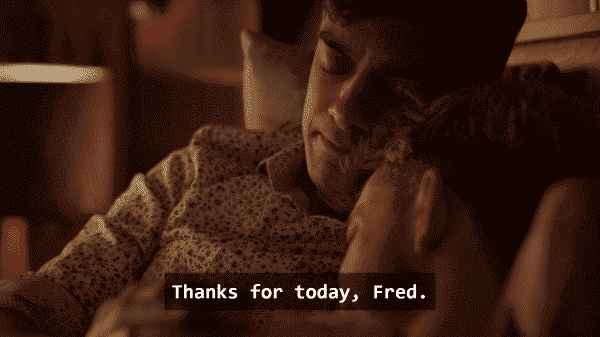 Sam is lonely. He is lonely and has seemingly ostracized himself from most of the women in the hospital. I mean, they’ll be cordial with him but don’t necessarily want to hang out with him. Especially alone. So, Fred has to do. The problem is, Fred has a life and career and Sam is very demanding. He even takes him out of a very important pitch meeting which could have changed his life for something dealing with his dad.

Though, to make matters worse, Fred isn’t sure how Sam sees him. He calls him affectionate terms, seems to be relying on him emotionally but is up front that nothing is gonna happen. Sending the type of mixed signals that you have to be surprised Fred puts up with.

Is Fred queer? Much less, if he is, is he out and queer or closeted? Then with Sam? Is he just comfortable in his sexuality and a user, or maybe a bit fluid? I would like to say there is something more interesting about these two, like their jobs, but I can’t. So while their moments together are worth a bag full of chuckles, all I can really do is side eye these two.

But, considering this season is, what? Six episodes, perhaps the real thing to ask is what will be done with these two in the long run? Especially Fred since, while Sam seems capable of gravitating to other characters, Fred, based off the first episode, doesn’t seem to interact with anyone much.

Kate is jealous of Lulu. However, she can’t let Anthony know that. She doesn’t even really want to set boundaries with Lulu as a matter of fact. All Kate wants is just trying to not seem like the boring one. Especially in comparison to Lulu who she knows has something going on with Anthony. They aren’t screwing behind her back, but she can tell there is unresolved stuff between them.

Making her decision to allow, or rather help, Lulu find a job odd. Especially when she makes her the receptionist at her occupation. Granted, it gives her the opportunity to keep an eye on Lulu, but at the same time now she is around this woman more. Meaning she gets to see her win over her co-workers and really force her to compare how she is compared to Lulu.

It gets so bad she starts lying to Lulu so that, on her first day, she can’t meet Anthony for lunch. She tells Lulu to deliver a stapler far out away from the restaurant, pretend she has this big meeting to have alone time with Anthony and even tries to have Lulu fired. It is all quite ridiculous but what else can Kate be? While Anthony isn’t David Beckham or anything, he is a bit of a catch right?

Let’s follow that up real quick: What is it that Kate and Anthony see in one another? I mean, following the pattern of most of the relationships on this show, is it simply another extrovert and introvert pairing? Is Kate the meek one to Anthony’s outgoing persona? If so, that makes sense. However, if that isn’t it then I’m lost. For not that Kate seems like a social climber, but just the way she talks about living in the hospital sets up red flags. Like she is embarrassed about the life she has.

I mean, granted, a lot of the work she does there should be done by Sam. Much less, the place is falling apart. Yet, there she remains.

But flipping things to talk about Lulu a bit, I’m kind of glad she has sort of moved into an assisting role. For I’m not aware of the popularity of any of these actors, but I do feel Waller-Bridge isn’t trying to dominate her scenes. She is trying to make it so she is playing off of them just as much as they are playing off of her. Making it so, why she may have the name brand, the other actors aren’t simply living in her world and making a paycheck off her name. She is, little by little, through the writing or being in scenes with them, establishing they don’t need her. However, they are better working with and around her.