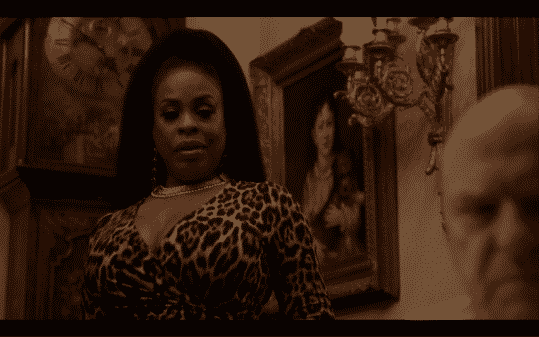 With the introduction of Ruval’s mother comes Desna questioning if it is over as it has just begun. However, Zlata, through Clay, shows her what she needs to do.

Jennifer misses Bryce in a big way and without him, well she acts like her world is falling apart. So she takes to binge eating, takes up the girls on trying to force Bryce to talk but none of it works. She can forgive him but he won’t forgive her over the Hank affair. Making it where, desperate times lead to desperate measures and she decides to get drunk by tampon to hide it from everyone. However, Bryce spots her drunk and decides he is going to handle the kids, unless Jennifer wants DFC involved. Making it where he is just putting another nail in her coffin.

In a way, it is recognized we should feel bad for Jennifer because she is really going through it, but she is the one who cheated. Yes, She was carrying that relationship for years but, similar to the argument used with Insecure, there is a question of what could be justified because the dude wasn’t pulling his weight. Though, unlike Insecure, we have to factor there are kids and a marriage in this situation and while the show is only focusing on the binge eating, and alcoholism, it also is confronting the idea of what can a marriage recover from in the culture established? Can it recover from the wife cheating or husband nearly getting head from the momma? Who seemingly makes a habit out of doing that to Jennifer.

Heck, considering that the Bryce she met and the Bryce who exists now has changed, and she largely has stayed the same, we also have to factor that in too. Because Bryce isn’t in pursuit of being some motivational speaker. He runs drugs, money, has killed people, and while still a good dad, he may want something more or different now. And really, can you blame him? Even Desna, who tries to be loyal to a fault, is slowly but surely getting tired of Jennifer as she too upgrades her life.

With Roller now part of the family, and having control of Clay’s assets, now the focus is obtaining Clay’s contacts. Particularly Chip, Clay’s crooked cop, who seems to take to Zlata well. Might even prefer her to Clay, to be honest. Which of course pisses Clay off for bad enough Desna is walking around like she didn’t work for him months ago but now this Russian is trying to take away what remains of his dignity?

You damn right! For saying Zlata’s name wrong, being stingy with information, and just a general unbleached ass, her words not mine, has made it where she had to break Clay. How? Well, just by making him kiss her boot. Nothing extravagant but certainly made an example because, while Zlata likes a little fire, she doesn’t want that to burn her.

Somebody is going to die before this is all over. Probably by Desna’s hand too. Because, again, there is this strong belief that she is absorbing Zlata rapidly and this empowerment is going to go to her head. Leading to, likely, her killing Zlata the same way Zlata killed Riva. She may think Desna is going to kill Clay, Roller, maybe even Gregory, but then Zlata gets the bullet. Thus setting up season 3 when there is a power vacuum and it appears everything is up for grabs.

Desna and Gregory have been doing quite well thus far. Add in him wanting to meet Dean and it seems they are, slowly but surely, making real progress. However, then Desna meets Matilde and she gets thrown off. Not just because that’s his mother but they have a relationship which is very foreign to Desna. One that is so close he feeds her strawberries in a way which makes you wonder if something is going on. Like, is that his birth mother or a sugar mama?

Which honestly leaves Desna ready to end things because he bends over backwards for Matilde and even forces her to when she gets jealous. However, Desna confides in Zlata about this and pushes her to take control. Take note of what she did to Clay to understand and use as an example. Leading to Desna taking off her draws and seemingly putting in an effort to p***y whip Gregory so that she can be the number one woman in his life.

So clearly Matilde is the head of the operation but is Gregory next in line, does he run the day to day, or just deals with any matter which isn’t of the utmost importance? There is more than an odd relationship but also a weird power dynamic here. One which it seems Matilde had to make sure Desna knew about as she swayed in.

Though, the next question will be, will having this man whipped get Desna the goals she wants? Much less, if they don’t, what will Zlata do? As seen, she is clearly the hands-on type with people in her life, both business and personal, so would she do something rash is Matilde didn’t step aside? Heck, could Matilde do something rash to Desna, Dean, or Zlata? For there is a certain level of gangster being brought to the role by Sheryl Lee Ralph which takes all that maternal airs and graces and can help you imagine the wheelchair thing being a lie. If not something which happened after she caught a bullet vs. age.

But, I reiterate, someone is likely going to die and Desna will be the shooter.

Though they remain an odd couple, I must admit I admire how Virginia seems to genuinely love Dean despite some of his neurosis. Like his need to label and organize everything. At first, it seemed like she was in over her head but when she held him and calmed him down, it showed love is truly the guiding force here. One which requires her to adapt to him in ways she may not have had to with exes but Dean is worth the effort.