Anything for Desna: Arlene, Ann, Polly

Ann has become quite close to Arlene. She has told her that she and her brother doesn’t speak, what happened to her parents, and that she was in jail. Yet, with Arlene finding one of Desna’s broken nails, she knows what she has to do. After all, Desna was the one who hired her, despite her felony. She gave her a place to stay when she got kicked out and showed her more love than perhaps all of her family combined.

So Polly gets some pills from Dr. Ken, who is still madly in love with her, and Ann sets Arlene up for her second DUI. One which will not only take her off the case but probably ruin all the dreams Arlene and she had. Including having a baby. The more little nuggets we are given about Ann the more she becomes my favorite character. Not just because I’ve probably been following Judy Reyes as long as star Niecy Nash. More so because she does so much with saying so little. However, unlike most roles that are played subtle, you aren’t led to the type of boredom which makes you question if you can’t appreciate the actor’s performance. Reyes brings a quiet yet fierce energy to Ann that makes it suck so bad that to show loyalty to Desna she has to break her trust with Arlene. Especially as we learn that she and Ann have a real deal relationship. Something that has gone beyond having sex.

Which is so important for, outside of Ann’s ex-husband, we haven’t any clue whether Ann dated other people, men or women, since that relationship. If anything, she seemed like a player. However, with Arlene, we are really led to believe no one stimulated Ann enough to maybe take them serious. So to ruin the one person who was worthy, damn.

Who We Were: Desna, Roller, Jenn, Polly 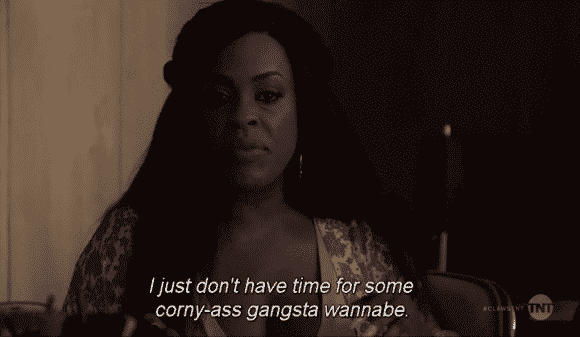 In the episode, we are given the opportunity to see what life was like before Roller and Uncle Daddy. Back when Desna’s nail shop was struggling. At the time, Polly just went to jail and Desna needed $300 a week to keep Polly protected. Altogether, she was broke, had mice, and was miserable. Yet, then came Roller. Some B-Rad, from Malibu’s Most Wanted, dude who was Jenn’s boyfriend’s brother. Someone who pushed up on Desna hard and eventually, thanks to a lot of convincing, worked his way into her heart. Only to squeeze it and do just enough so it wouldn’t break but certainly would bruise. 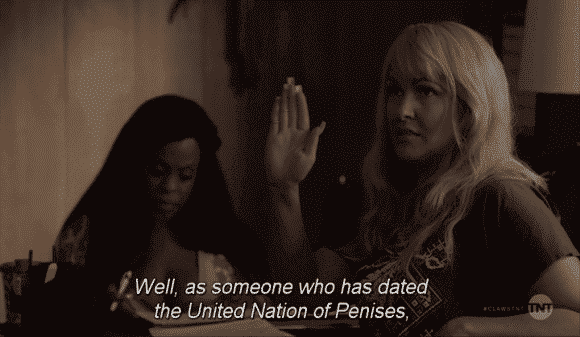 I have mixed feelings about the flashbacks. They are appreciated but also I feel like they didn’t go far enough. Take, for example, an answer to why Roller was working with the Russians? That isn’t placed here. Also, Desna falling for him just doesn’t click. I get she was tired of being destitute, but has life been so hard for Desna that what little Roller was doing had her sprung? Especially considering he seemed to tick off every box in terms of someone she didn’t want to deal with, never mind be in a relationship with.

Roller is making sure that if anything goes down, Desna is going to pay. After all, she was the one who caused all this. She is the reason Virginia shot him, the reason he got tortured by Gladys, and why Bryce has taken over all he worked so hard for. So, it is going to be her who withdraws all the money and her who will end up in a body bag either dead or struggling like Roller did. Which, of course, Desna spends the episode trying to talk her way out of to no avail.

What doesn’t help is Virginia, being the terrible receptionist she is, doesn’t tell Polly the words she needs to hear to sound the alarm. Luckily, there are a few red flags. Be it Desna using words she usually doesn’t, or giving Dean her blessing to marry Virginia. Eventually, it clicks that something needs to be done but with Ann in such a state, who knows if she may have hit her limit.

What is for sure though is that both Roller and Bryce may have hit theirs. Roller comes to believe the twins are trying to kill him so he plots and executes them, damn near on sight. Then with Bryce, he so badly wants to retaliate against the Russians he asks Uncle Daddy to speak with Ted (Michael Emerson). This hippie, with a temper, who beats Bryce for not following his rules. Leaving the coked up Bryce eventually pushing and killing him. Meaning, the Dixie Mafia, the people over Uncle Daddy, maybe coming to town. For the balance between the Haitians, Russians, Cubans and Palmetto Drag Queens maybe off. So bad days may be coming.

I’m trying to figure if we should consider the death of the Russian twins and Ted just a setup for more drama or truly being about the story progressing? Also, throw in the Dean talking about getting married thing and it is just like they are throwing everything and the kitchen sink in there. As if, just in case they didn’t renew the show early (They did), they’ll give the fans something to clamor about to TNT.

But, with that said, I just want to meet all these other gangs that keep getting brought up. Especially now with the local Russian mob being crippled – likely leading to the kind of instability that could cause war. Alongside a slew of interesting new characters.