The inevitable happens when it comes to Tiff and Pete’s line of work. Leaving you to wonder, will they survive?

There Was A Fight?: Pete, Tiff

At Pete’s daytime workplace, it becomes clear he and Tiff had a fight. More than likely it was over him working without her again, but that isn’t gone into. Actually, the fight itself isn’t even seen. We just see the tail end of Tiff struggling to apologize and the meek one she gives being enough for Pete.

Remember Pete talking about Tiff abandoning him after high school? Well, we jump back to the night which changed everything with some post-prom sex between the two. An occasion which might have been bad sex for Tiff, but only because Pete came so quickly. But while Pete got off, with cops coming and Tiff telling them to split up, seemingly she ruined one of his few times with a girl. Perhaps deepening the wound of her abandoning him not too long after.

It Was Bound To Happen: Pete, Tiff, Trevor 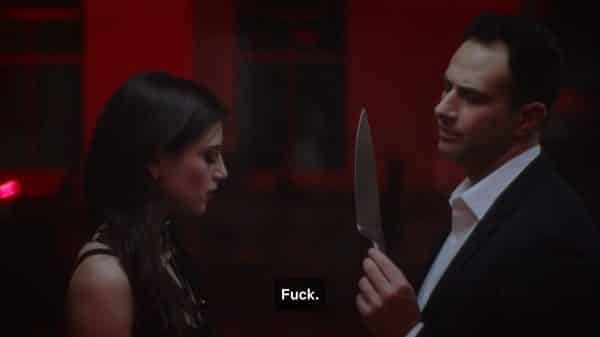 But despite the high school abandonment and Tiff laying into him before, alongside their fight which preceded, the two have reconciled and are going to see a client. One which strangely wasn’t vetted, which seems like a huge red flag, but the money was too good so they couldn’t pass it up.  Leading to them meeting Trevor who seemingly is some wannabe American Psycho type who locks Pete in the bathroom and plans to, violently, have his way with Tiff.

Unfortunately for him, Pete breaks out the bathroom, and Tiff knows how to fight. That and knows where to stab someone so that they can’t move, but likely will live. Leaving Tiff and Pete on the run for stabbing someone, but this time on the run together.

Taking A Stab At The Future

With stabbing Trevor comes the question if Pete and Tiff will end up on the run? Setting up what could be an interesting season 2 since it may trigger them heading south to hide out. Which would mean leaving Doug and Pete behind but with Tiff not talking to her mom for 6 years, and Pete rarely, if ever, talking about his parents, it could lead to some interesting developments.

The Fight Was Rushed Through 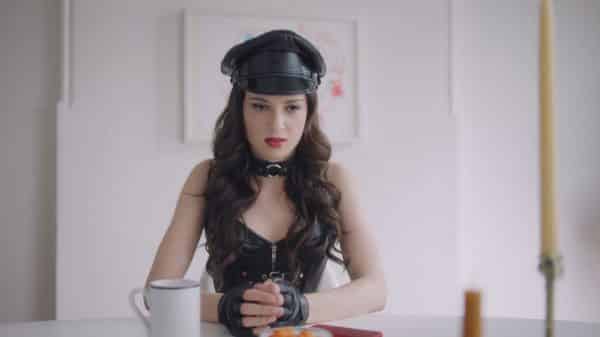 Rather, it would have made more sense to expand their fight since while I get the comparison between what gay men go through vs. women was offensive to Pete, wouldn’t the bigger issue be Pete servicing a client? That’s Tiff’s bread and butter, how she supports herself, and Pete intruding on that is a financial threat. Plus, the penguin situation would be the 2nd or 3rd time which would present the idea he doesn’t respect her wishes and their friendship. Thus causing him to undo one of the main reasons she has loved and has him in her life.

But with a 7 episode season and most episodes being 17 minutes or less, you can’t have it all right?

The Fight Was Rushed Through - 65%

BONDiNG doesn’t necessarily end on a high note but does end giving you a reason to hope for a second season.