Black Love returns with a new set of couples showing us there isn’t one way to find the love of your life – yet there are key features you should look out for. 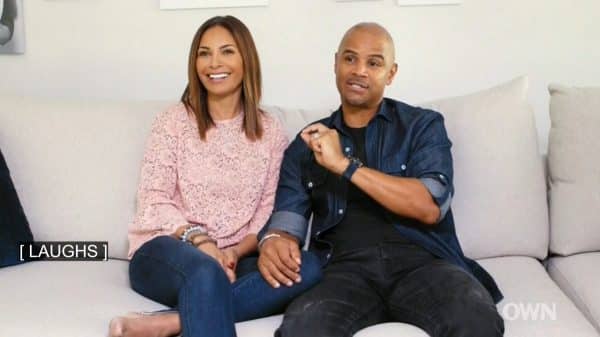 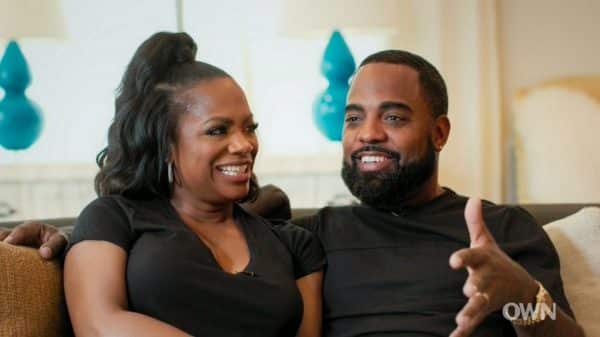 Meeting someone new, especially if the intention is something romantic, can be difficult. This is especially true for many of the people featured since they are in entertainment. In the case of Salli and Dondre, they were co-stars. Crossing over from playing people who share a world to sharing your actual one can be a tricky thing. Yet, thanks to Salli being the type who believes in going for what she wants, not being shy or anything of that ilk, she and Dondre got together.

Mind you, like nearly all the couples, there wasn’t a fairytale ending from there. Both are strong-willed and between Dondre not having a dad, so no real-life example of how to be a husband or partner, and Salli having masculine tendencies, they had to work things out so they can be together. Nevermind, circling back to that acting thing, as Dondre notes, the industry fosters a very selfish attitude. Maybe not in the scene, but outside it? His experience is that it nurtures you to think for yourself. So them coming together is one of the first examples of how, despite how smiley and happy they may look on that couch, it wasn’t no easy feat.

Same goes for Kandi and Todd. He worked for Housewives of Atlanta when they discovered one another. On top of that, she had a kid, he couldn’t work for her show and date her, which forced them, more so Kandi, to sneak about. I’m talking her even, so her daughter wouldn’t notice, getting a babysitter so she can spend the night with Todd and then sneak back into her own house at 5AM.

I know, sounds a bit much, and that’s why she likely pushed for them to make moves that would make them official. For while the kisses are good, sex too based off how they communicate, it was becoming a dignity issue, for lack of a better way to put it. Hence the need to DTR (Define the relationship). Leading to them being married for 5 years at this point. 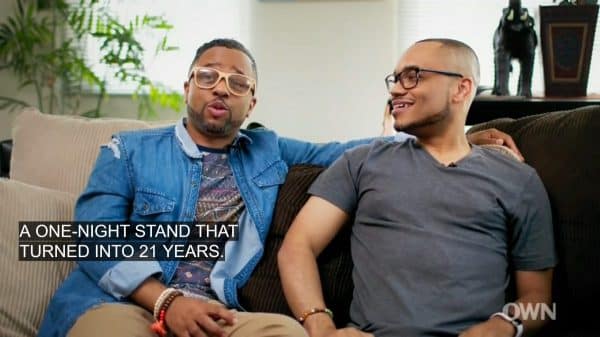 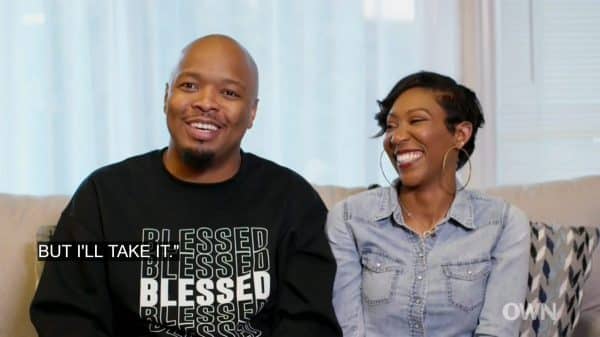 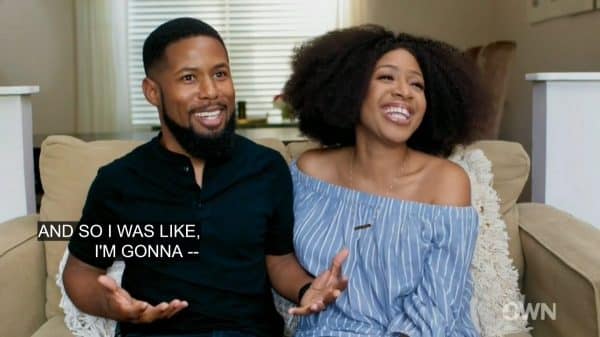 While, generally speaking, many were connected through friends, like Todd checked in with his friend who knew Kandi before they got together, and LeToya’s friend hooked her up with Tommi, sometimes friends played a more integral role. Well, that and some people didn’t fit well in other topics.

Focusing first on those who did, we have Kevin and Melissa who seemed to be one of the few high school sweethearts on the show. They met Junior year in high school, and OOoOoOO did Kevin have it bad. How bad? Well, he basically peer pressured, but not in a creepy way, Melissa to be with him. He got her cousin involved, got his friends to push for them, vouch for him, and eventually she gave in. Leading to them having the kind of relationship where, I should note, they had a friendship as the base, and the relationship was just a bonus. One that Kevin never took for granted, so it seems, and was so trusting she took a $900 loan out, sometime in the early 00s or late 90s, to give some perspective, so he could stay in college. Showing just as hard as he was willing to go, she would match him.

Now, how do the others follow that? Well, admittedly, Chris and Mattie don’t have as many grand gestures and epic romance stories. They met through MySpace, had mutual friends, who didn’t necessarily push them together but encouraged patience. Specifically, Chris being patient with Mattie who left him waiting 45+ minutes for her one time. Since then, they had a few awkward moments, like a prophet calling them to the pulpit and telling them to stop fornicating, as well as Chris proposing to Mattie while she was sleeping on an air mattress in her sister’s room. But, the point is with these two, it doesn’t really matter where you meet as long as you are willing to put in the time and effort.

But, sometimes, that may not be enough. Case in point, Quincy and Deondray, who are a gay male couple. Now, the issue with them is that they, when they met 20 some odd years ago through a mutual friend, has issues and perceptions which got in the way. The main one for Deondray was how much he was used to hook up culture dominating potential relationships and interactions. With Quincy, while he might have been past the point of trying as hard as he could to be straight, it seemed he too couldn’t wrap his mind around the idea of loving a man as most grow up seeing men love women and vice versa.

Yet, something clicked. Hence why they are now married, joking about turning a one night stand into a 20+ year relationship, and playful about their differences. Mostly in Quincy being very Chicago and Deondray being a stereotypical Cali native when they met.

I Was Pretty Much Done With Dating: LeToya, Tommi, Rebecca, Terry 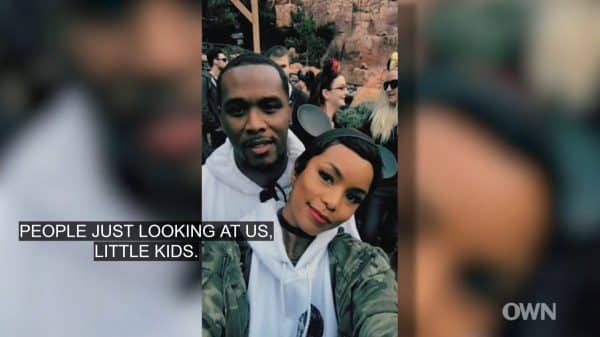 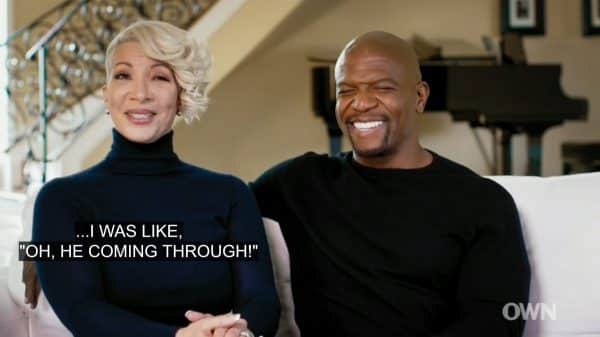 When it comes to Rebecca and LeToya, past relationships made dating a suspect decision. LeToya felt like she didn’t know how to choose them, and with the father of her child, Rebecca had low expectations for men yet felt there was a high possibility of being disappointed. Hence their ways of handling their husbands. LeToya had it where Tommi didn’t know her real name and didn’t know what she looked like until they met. Their correspondence, investment in one another, relied completely on good conversation and faith.

As for Rebecca with Terry? Same thing. The only difference being, rather than Rebecca hiding her past, Terry was trying to work through his lack of one. For with being the corny kid, the nice guy, he hasn’t had a versatile love life to prep him for a relationship. So being with a woman who had a child? All while he is barely into his 20s? It was a lot. Never mind she is unsure of where they may go and is always ready for him to end up as her worst fears expected him to. Yet, as seen, he never fit that description, and here they are as the longest-married of the bunch at 29 years.

“Listen, I don’t know what this is going to be, but I just wanted to let you know right now that I’m willing.”
— Terry Crews

How Romantic, Sometimes Corny, The Men Are

On Black Love, we often get a mixed bunch when it comes to the heterosexual couples. Many times the guys kind of downplay how sprung they were, usually with a joke or making it seem it isn’t as big of a thing as finding your wife should be. The men in this episode, such shame does not exist. Heck, most of them are the ones telling the story and not in such a way it is like they are trying to dominate the situation but, like seen between Kandi and Todd, the guy is sometimes more excited to recount the details than the women.

Heck, when it comes to Kevin and Melissa? You get what seems like a romance film in itself. The same goes for Chris and Mattie, whose story surely will mirror future films and shows as the days of MySpace become romanticized and used to create nostalgia.

The Women Being Direct In What They Want

But, while many, if not all, the men seem to be gung-ho on telling their stories, you can’t discount the women’s roles in all this. While things were good, it seems a lot of the men didn’t necessarily define the relationship. As much as Todd was a good man to Kandi, his intentions weren’t clear. Also, as much as Terry Crews and his wife seem absolutely adorable, he had to be pressed too. Now, these man did and said what needed to be done, but you have to note that while they seem like good guys, that doesn’t mean they didn’t require some polish.

Quincy’s Note On Coming To Terms With His Sexuality, & A Sense Of Dating In Gay Culture

While Black Love has never been shy about having LGB couples, I don’t think we’ve seen any trans people on yet – at least openly trans, Quincy brought something we didn’t get before. Specifically, his journey to accepting he was gay, and also you getting to understand, between him and Deondray, the complications which are specific to gay men. Because, generally, while there is a sense of culture with the show in terms of Mattie and Chris meeting through social media, how religion plays a role for many couples, and things like that, gay culture, since usually there was just one pair, didn’t get touched on. So even if just for a scene, I don’t think we can or should downplay how important it was for Quincy to bring up his journey, as well as Deondray to note how, based on his experience, he thought they’d be a one night stand and part ways.

It can’t be understated how much friends play a role in many of these couples getting together. Notably female friends in the case of Tommi and LeToya, Kevin and Melissa, Kandi and Todd, and Chris and Mattie considering Chris was convinced by a female friend to wait for Mattie. With this pattern, it really pushes the point that not only should men value their female friends, beyond the possibility of things evolving, like it did for Kevin and Melissa, but because that homie can find you the one. If not give you the advice so that you don’t mess it up with the one.

The Fear of Love

While LeToya, Kandi, and Salli to a point, mention that sense of fear which comes from things getting a bit deep, I must say I really admired how much Rebecca was open and honest. For LeToya was joking it off, and Kandi just doesn’t play games. Rebecca, however, she gave you this unspoken vibe of saying she was in a place of hurt, took a chance, and it paid off for her. Not implying that you should too and you should see what happens, but that despite you feeling you fell into a pattern or things just won’t be right, it may not be true. Your past history may be filled with a certain type of person but that doesn’t mean the onus is on you for drawing them in. It’s just you were willing to love, and they weren’t ready. Hence why Terry saying he was willing, be it to learn, love her, or accept her whole, meant the world. Also, why it had me tearing up.

How Romantic, Sometimes Corny, The Men Are - 85%

The Women Being Direct In What They Want - 86%

Quincy’s Note On Coming To Terms With His Sexuality, & A Sense Of Dating In Gay Culture - 87%