Wherever I Look
Recaps, Reviews, and So Much More
Home TV Series Big Little Lies: Season 2, Episode 3 “The End Of The World” – Recap, Review (with Spoilers)
TV Series

Healing from the wounds of the past is the focus this episode but, as we see, not all wounds heal properly and allow a person to truly move on.

While pushing Perry might be at the forefront of Bonnie’s mind, with confronting her role in that comes her reminiscing over her childhood. Especially in regards to her relationship with Elizabeth. One notable moment being when Elizabeth was trying to push Bonnie to learn how to swim, and she pushed her underwater. Something which may seem minor, but might be part of a string of moments which made Bonnie who she is and why she felt the need to be the one to push Perry. Much less, why she is processing this as she is.

Madeline decides to go see Celeste’s doctor, Dr. Reisman, and this digs up a lot of issues. The first being the reason why she had an affair and why Ed thinks it happened. This leads to interesting answers, or thoughts from Dr. Reisman, ranging to Madeline not having faith in herself to Ed maybe being disengaged. 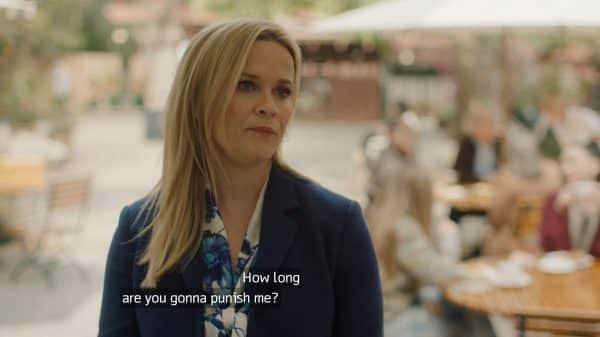 Madeline: How long are you gonna punish me?

Though, in terms of follow up, Ed’s feelings are set aside as he “punishes” Madeline by being distant. As this happens, Madeline relies on Celeste to process it all, and it leads to her revealing her dad’s affair, and her questioning her friendships. At least in terms of closeness and trust, especially with Celeste when it comes to Perry.

Can’t Move On When The Issue Is Staring At You In The Face: Mary Louse, Celeste, Corey, Dr. Reisman, Jane, Amabella, Renata, Gordon

Someone who continues to be a ghost, or demon, wavering about and perhaps skulking around his mother who is haunted by her memories. Well, Celeste too but less so the bad memories, unless Dr. Reisman brings it up, and more so focused on the good ones. Which, so it seems, is a bit of a problem in her moving on.

At least, going by what Dr. Reisman believes, and how we interpret it, Celeste, similar to Mary Louise, keep trying to rewrite Perry’s narrative. For Celeste, she keeps inserting the good times into the conversation and tries to not make Perry’s story solely about the abuse. Same goes for Mary Louse. As she enters Jane’s life, she tries to negotiate what did and did not happen in order to save her memories of Perry and not let someone else’s view of him, or their interactions, taint the boy, and man, she loved.

All of which is very difficult for all parties, but especially Jane since Mary Louise may pick and choose her words, but she isn’t necessarily gentle. From asking if Jane initiated the sex, if she commonly blacked out, and more, she creates an uneasy potential relationship. Even as she shows Jane pictures of Perry’s brother Raymond and how much he looks like Ziggy. 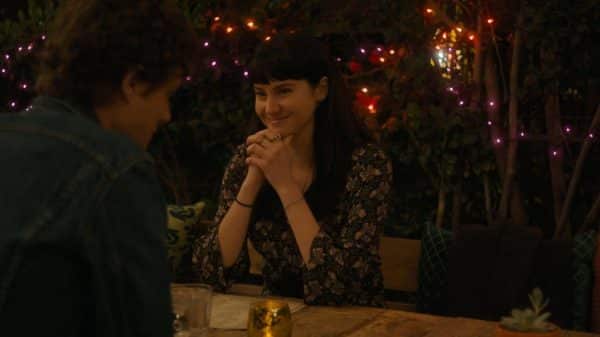 But, at this point, Mary Louise may be less on Jane’s radar than Corey. Someone who is quickly becoming part of her life and maybe moving a bit too fast. Not in terms of him trying to have sex or things of that nature, but with this being one of the first dating experiences since her rape, intimacy, kissing, for example, Jane has to warm up to. Luckily, while Corey is a bit weird, he isn’t of the threatening variety so he matches what might be weird to others with his weirdness. Such as turning what was supposed to be a hug into them slow dancing.

Leaving Renata. Let’s just say her soon losing everything has turned life into a tornado and has led Amabella to have a panic attack. One which, of course, Renata blames everyone but herself for. Because, you know, everything she does is right, she is all knowing and when she is not, the issue just doesn’t have enough money thrown at it.

Dr. Reisman, Her Affect On The Ladies, And Advice

What you have to appreciate with Dr. Reisman is she challenges the characters. She, like how people watching the show would comment, but in a more academic or sophisticated way, reconstructs the characters to allow them to see themselves. Thus forcing them to actually take note of their flaws rather than they become exploited for entertainment or drama.

Well, for the most part. Madeline’s breakdown did seem for entertainment purposes but in the best way. Specifically, her bringing up “Rainbow Connection” and this idea of parents getting in an uproar when someone else breaks up this fantasy world they have been concocting. That is as opposed to prepping their kid for a world in which wishes don’t come true, and all won’t be alright in the end.

But we can’t move on until we talk about Dr. Reisman’s commentary on Celeste, which was eye-opening. Mostly due to the idea that Celeste, like a veteran, feels lifeless and dull since she is no longer in an abusive relationship. With that, wheels start spinning for this isn’t a common narrative. Usually, after being in an abusive situation or relationship, we see what Jane goes through. The person is a bit skittish, cautious, and has some difficulty in communicating why. However, with Celeste, we’re presented a deeper and more complicated take since Perry’s abuse usually followed good sex and with both gone, and so deeply connected, Celeste’s brain has to reprogram itself and disconnect the two.

Would it be wrong to say the interest in this relationship is equal how odd Corey is as well as Jane finding potential love? For I get Jane is one of the lead characters, but with Corey taking the initiative, all eyes are on him. And honestly, so far, the two make a cute couple in the best way. Like, they aren’t #Goals for the general public, but they seem like who the other person needs. Even if it sometimes seems like Jane is treating Corey’s eccentricities like how she would Ziggy’s. 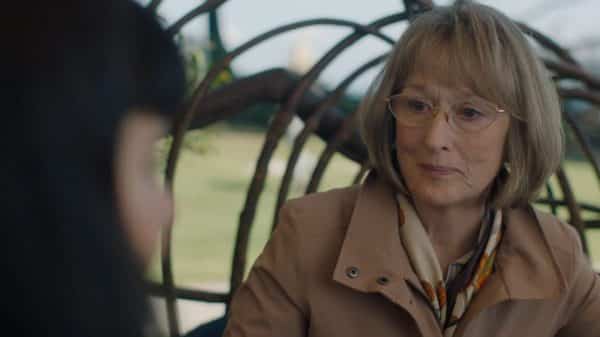 Mary Louise remains the main reason this second season works. For while her storyline is basically a remixed version of Jane not wanting to believe Ziggy was a bad kid, taking that to the level of an adult is interesting. For as a kid, the worst thing is biting, having a kid that’s a bully, and what we saw in season one. As for now, dealing with the idea your son is a rapist and fathered a child, I can’t imagine processing that. For even if you are someone who believes the victim before the perpetrator, like anything, there is a stark difference when the alleged person is your kid and when it is a stranger.

So, in watching her process that, try to negotiate with facts and push them to become opinions, it is the most intriguing thing on the show. Especially since she comes off like this sweet old lady but she isn’t. At least when it comes to Perry’s name and reputation.

To me, as much as I get Renata doesn’t want to be poor and treated as insignificant, since she correlates the two, I feel like her character is just flipping out in nearly every scene she is in. I’m talking pure white woman entitlement (or superiority complex). The kind which takes any critique or sleight as misogyny so they decide to be as nasty as possible to you for they refuse to accept the reason they aren’t getting what they want, in a result or attitude, is because of how they act.

As for Bonnie? Honestly, Bonnie still feels like a token character. Yay her mom is around, and that is giving us a very minuscule idea of who she is, but you could have Bonnie decide she needs to divorce Nathan, take Skye, and not come back and this show wouldn’t be better or worse. Well, it could be slightly better depending on who gets her screen time.

Which, by the way, deals with the writing and not the performances. For the key problem here is the Bonnie that was written in season 1 didn’t have any storylines to follow up on and continue. So her suddenly being invested in as the show isn’t necessarily prepping for a 3rd season is awkward, jumbled, and feels very forced. Like, if anyone else pushed Perry down the stairs, I could fully imagine Bonnie being written off. 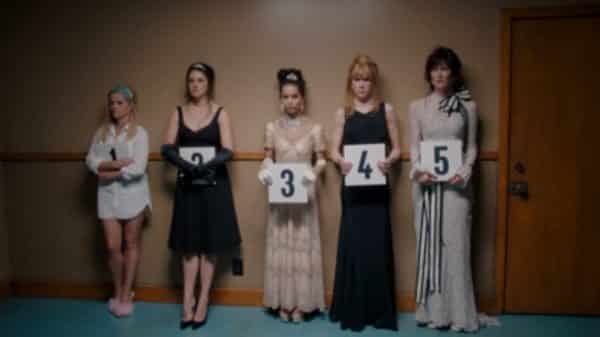