Big Little Lies continues to drum up more drama, to justify its second season, by involving the kids more, an additional parent, and chaos between all 4 families.

You Lost All Of Mine (Our) Money?!: Renata, Gordon

Thanks to Gordon violating many SEC rules and regulations, it seems him and Renata, due to community property laws, will be broke within months. As you can imagine, she is flipping out because she grew up poor and works as hard as she does not to relive that period of her life. Also, so that life can be completely foreign to Amabelle. However, now Gordon has turned decades of work into sewage. All of it going down the drain.

Mary Louise, thanks to Celeste opening up to her, and some investigating of her own, learns Perry died the night Celeste realized he had an affair. Also, the night she was to move out and that Perry possibly fathered another child. On top of that, she learns that Celeste allegedly, Mary Louise doesn’t believe her, was abused.

But it seems Mary Louise isn’t the only one in the know about Perry’s business. Chloe, Madeline and Ed’s kid, she knows not only Jane was salted (her version of assaulted) but also Ziggy is Perry’s son. This surprises Ed since he didn’t know, but that’s not his only surprise. He also learns, thanks to Abigail, Madeline had an affair, and now he seems ready for divorce. 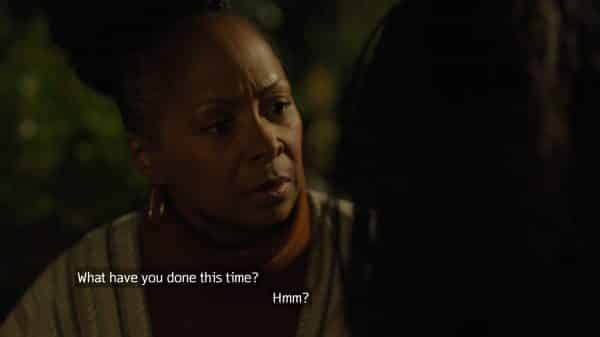 Elizabeth (Crystal Fox): What have you done this time? Hmm?

Something you can bet Nathan will rub in his face since he hates Ed’s guts. Yet, that doesn’t mean things between him and Bonnie are better. If anything, it seems he asks Bonnie’s mom, Elizabeth, to come around just to remind her of how he isn’t so bad in comparison. Though, considering Skye is asking about whether Bonnie may divorce Nathan, that likely helps Bonnie want to work harder so her marriage can survive.

Reconciling The Truth You Know With What Your Child Is Ready To Hear: Ziggy, Celeste, Jane, Mary Louise, Josh, Max

With Ziggy being made aware of the truth, and knowing it for months, Jane reveals all to him. Not just Perry being his dad but also how Ziggy came to be. This upsets Celeste a bit, for it means forcing her hand, but with her boys already having a rocky take on family and their dad, there is an effort to reconcile everyone’s truth just enough to create a functioning family. One Mary Louise isn’t sure about, since she sees all of this as a character assassination on her son, but with her wanting to go to the cops, likely she’ll circle back around on this topic.

I’m Still Mixed About Whether This Season Was Necessary

Don’t get me wrong, as noted in the highlights below, there are good things which come from this episode. However, as a whole, there is a serious need to question if this season was necessary? I get the actors get along and, as Sandler and Phoeler have proven, what better way to hang out with friends than get paid for it? However, even with Streep adding some zest, it feels like they are milking this past its expiration date and hoping because they are baking it and not drinking it straight up, the end result will still be satisfying.

With that weird comparison aside, I really do love what Mary Louise brings to this. Unlike Elizabeth, who is just stirring up stuff but bringing a welcomed Black face, Mary Louise is engaging established characters and challenging them. Her going back and forth with Celeste and Madeline shows you why Meryl Streep isn’t just legendary because she has been working for decades, but because there are reasons beyond her being easy to work with. For truly, I think the need to question a second season for this would be higher if someone else was cast as Mary Louise. 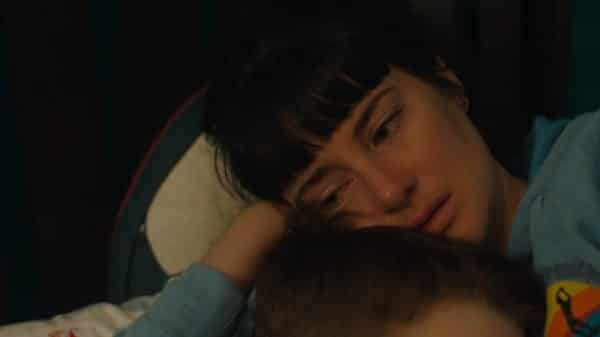 Though I gotta admit, this Jane, Ziggy, and Perry storyline is of great interest. Mostly due to not knowing of another example, in media, of a woman raising a child born from an assault and having to reckon what happened with the child wanting to know who their dad is and how they came to be. All of which is handled in a way which doesn’t necessarily feel like it is something to add to why Big Little Lies needed a second season but feels like if the show instead got an epilogue movie – this would have to be in.

But, in general, what the kids add just to this episode reminds you of one of the lesser praised thing about this show. For while they all are in second grade, it’s amazing at times how much screen time and opportunity they are given on this show. Be it Chloe, who acts a bit too grown but then has moments reminding you she is Madeline’s child so what you expect? Then there is Skye who is dealing with her parents maybe not having constant shouting matches, but clearly something is wrong. And, of course, there is the situation with all three of Perry’s boys and how they are reacting to his death, the assault, and each trying to process that in their own way.

Renata On The Way To The Poor House

Like in season 1, Renata has been a bit of an outlier since she works and doesn’t have the time and probably desire to gossip and do as the rest of the moms. Making her becoming poor, even her noting her childhood, not a big deal since we don’t really know her that well. Hell, it barely feels like it was yesterday that she was trying to ruin Jane and Ziggy’s life and was trying to draw a line in the sand. And considering the twins didn’t feel her wrath, never mind Celeste, this lowkey feels like karma for what she put Jane through.

I love when characters like Bonnie no longer feel like tokens, but the issue with Elizabeth is there is a desire to compare her to what Streep is doing with coming on board, and she gets eclipsed. So as much as I should be happy she’ll push Bonnie to get fleshed out more, it’s hard to get much joy. Plus, she is out there way beyond Bonnie has ever shown so there is also that to deal with. 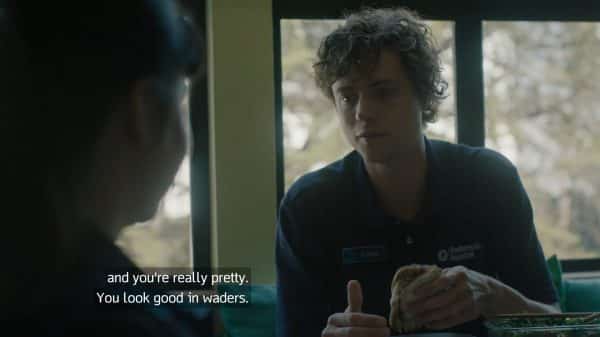 Corey isn’t a big enough character to mention in the recap, but I must admit I do like the idea of Jane dating and trying to move on. The problem is, again, a lot of what we see feels like it should have been made for a 90 or 120 movie versus an 8-hour show. This being one of the things they could have done, alongside maybe Celeste moving on.