Wherever I Look
Recaps, Reviews, and So Much More
Home TV Special Adam DeVine: Best Time of Our Lives – Summary, Review (with Spoilers)
TV Special

While a bit all over the place, with little in terms of an arching narrative, Devine’s high energy saves Adam DeVine: Best Time of Our Lives.

Despite DeVine having a set that bounces around topic to topic, the main focus is how chubby he is getting, how unattractive he is to others, and how weird he was growing up. So, like most comedians, he makes fun of himself so that instead of you laughing at him for free, he’s in on the joke and getting paid. But, alongside joking about himself he also does some ego boosters like noting, repeatedly, his role in Pitch Perfect and Workaholics, as well as him having a girlfriend of four years (Chloe Bridges).

Though don’t take him as someone who only talks about himself and that’s it. He comments on the awkwardness of being a teenager, whether a boy or girl. How weird it is all these new sexualities keep popping up, how armless people wave, and his thoughts on STD. All of which aren’t really connected by anything beyond doing callbacks featuring two imaginary people named Chad and Derek.

You Have To Enjoy His Energy 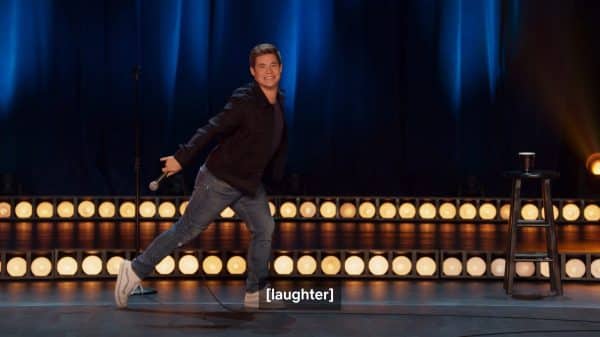 Despite DeVine being a 35-year-old dude, his energy is that of a kid. One who is still experiencing things for the first time, has a sense of wonderment and makes it so everything he says, funny or not, tickles him. Also, there is this sense of innocence, pure emotion, that makes it seem, despite him being in the industry for years, and his self-deprecating humor, he isn’t necessarily jaded yet. He still has that feeling of love for the art of comedy and the ability to make people laugh.

He’s Not For Everyone

The thing about DeVine’s style is that a lot of the jokes will more so make you roll your eyes than laugh or, on the rare occasion, feel offended. Primarily since they are so juvenile. Yet, considering how jubilant he comes off, it strangely fits the persona he puts out there. Which, combined with a sort of “Bro” nature about him, may lessen his general appeal but for his niche? I can see him being seen as their Will Ferrell.

He Is All Over The Place With Hardly Any Transitions

The closest thing to transitioning from joke to joke, or what loosely can be called stories, is either him calling a joke “Stupid,” often signaling that segment is over, or using callbacks. Both of which aren’t that effective and which pushes this feeling that DeVine is struggling to remember his material. Often leading to moments where he hits a brick wall, randomly asks how the audience feels about something, like global warming, just to buy time to remember another one. Which could very well be part of his shtick, but for someone who only knows him for his role in Pitch Perfect, I wouldn’t say this may sell you on the idea you need to purchase a ticket to see him live. 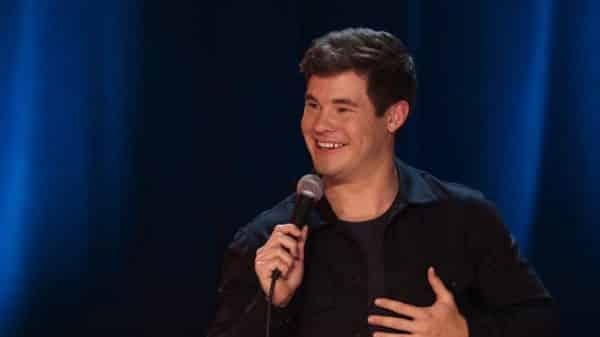 Adam DeVine: Best Time of Our Lives probably won’t be the best time of your life nor day. However, you won’t leave questioning why, out of all people, he has made it this far. The man is funny it is just he has that sort of humor made for a specific audience. Hence the mixed label for it’s clear when it comes to DeVine he simply isn’t for everyone but can still have his moments in which he can win you over.