It becomes clear Paige may still be Sam’s practice girlfriend and Elsa gets caught with Nick.

Paige blurts out that she loves Sam and with that comes this sort of awkwardness. If only because Sam isn’t sure if he loves Paige and isn’t sure how to understand what the feeling is. He understands visible emotions, like when Paige was upset about his list, but internal ones are a bit more difficult. So, naturally, he makes a new list. One inspired by how Doug and Elsa define love. All of which Paige checks off but then Julia comes into play.

You see, there are a few important events coming up. One being Sam going to dinner with Paige’s parents, and then the dance. Now, when it comes to the dinner Zahid lets Sam know that is a major milestone in a relationship. However, it isn’t clear how much longer Sam may be willing to treat Paige as a practice girlfriend.

If only because, as Julia teaches Sam how to slow dance, he mesmerizes what it would be like if they were slow dancing for real and not as an example. Making it seem, as much as Sam may like Paige, their days could be numbered.

I’m dreading episode 8, the finale, for I can imagine Sam telling Paige, perhaps out of frustration, she was just the practice girlfriend. Something I don’t think she’ll be able to use all her researching to just roll with. That is going to be a stab in the heart, especially since she has come to love him.

Now, I know what you’re thinking, “Isn’t it kind of soon for her to fall in love?” But you have to remember that Paige seemingly has no one but Sam. A state she might have been in for who knows how long. So for this guy to be nice to her, even if just in his own special way, probably means so much to her. On top of that, his sister is being nice, his family is sort of welcoming, so while the situation may not be perfect, it is more than enough to make her smile.

And with writing that my heart aches for her. Though, who knows, when she learns Julia is the one Sam likes, maybe she’ll feel reassured. If only because she can maybe explain to Sam the difference between dependency and love. Though, that assumes she doesn’t run off or smack the mess out of Sam.

Casey gets into Clayton Prep which means Sharice ole’ hating self is going to be devastated. Yet, Casey isn’t the only one who gets good news. To Doug’s surprise, Sam did like the igloo he made him when he was 9. It wasn’t perfect, but considering Sam wants to help Paige with the dance, he is hoping his dad can contribute. Which of course he is willing to. But, the icing on the cake is that Sam makes a joke about the igloo. Doug gets to see his kid have a neuro typical moment in the form of cracking a joke and laughing.

Sadly, the joy is short lived. For Casey, on her way to see Evan, [note]Who she has sex with, and hears “I love you” from soon after.[/note], to tell him the news, sees Nick and Elsa kissing. 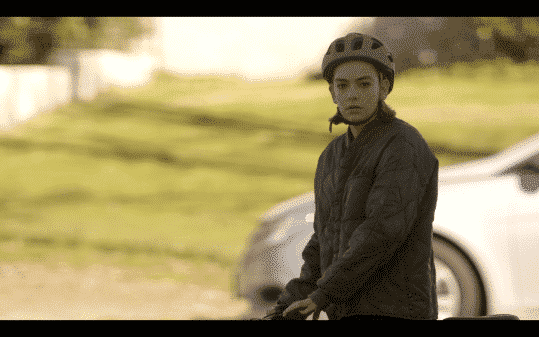 Well, that is going to be a fun argument. Especially since Elsa and Casey made a sort of Sam/Doug type of breakthrough in their relationship. She opened up to Elsa about not having sex with Evan and it seemed the two were on their way to healing old scars.

So much for that. Though, I am very interested to hear what Elsa may say to defend herself. Will she bring up the 8-month abandonment, maybe the mean things Doug has said in the past, maybe even the mean things Casey has said? Granted, she has taken responsibility with Nick for her part in the affair, but will she remain true to the situation when confronted?

Did It Get Too Real?: Elsa, Nick A lot of people are noticing a certain pep in Elsa’s step. Kathy does, as she helps frost cupcakes, as do the rest of the women of the autism support group. As for her reason? Bowling. Something she, internally, jokes around about. Well, alongside saying Kathy could use some bowling in her life.

However, as Nick grieves over a coworker, Elsa realizes Nick can’t just be a distraction or hobby anymore. What he wants is a real deal relationship. Leading to her trying to cut him off again. But then Casey sees her. 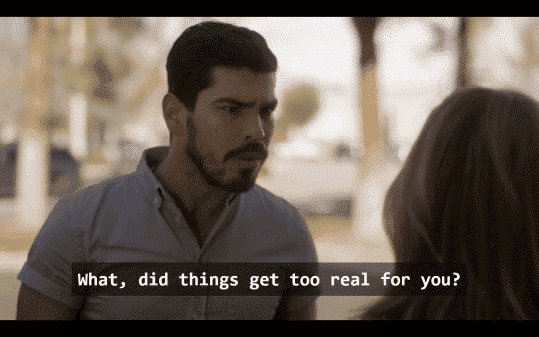 Did it not register for Nick he was a side piece? A misteress? The prey of a cougar? When did he come to the idea that there was the type of investment where Elsa should expect to care about his feelings? I mean, granted, their relationship did start with her venting to him, but since then it hasn’t gotten that deep. So while there is this pang in which you want to go “Poor baby,” it isn’t like she didn’t repeatedly talk about being married and show she was torn about the situation. He could have said no or even, before this emotional moment, asked for her to define their relationship.