In Robbin Season, better beware of being hustled. Even if you think you the one hustling someone else or the system.

Table of Contents show
1 I’m Just Looking To Get Paid!: Earn, Al, Darius
1.1 Commentary
2 What A Negro Got To Dude For Some Weed?: Darius, Al
2.1 Commentary
3 Dammit, Tracy!: Earn, Tracy, Darius
4 Question(s) Left Unanswered
5 Highlights
6 Low Points
7 On The Fence
8 Follow Wherever I Look on Twitter or Like us on Facebook.
8.1 Previous Episode’s Recap

Earn once again tries to set up Al with a deal but, you know how Al isn’t much for schukin, jiving, and being social with white folk. So despite Peter Savage trying, Al pretty much blows the opportunity. However, luckily for Earn, while he may not be getting any income from managing Paper Boi, Darius came through. Remember that dog he sold in “The Streisand Effect?” Well, selling that dog got Earn $4,000. Problem is, no matter how many times the show may remind us Earn got into Princeton, he’s still a dumb***. 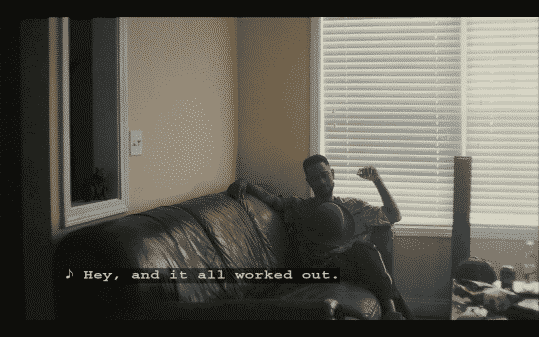 I’m trying to figure out between Earn and Al, which is the reason Paper Boi hasn’t taken off? Earn is able to find opportunities for Al, but they seem to be the kind in which either Al is very uncomfortable or else Earn hasn’t read the fine print. But let’s not discount Al’s contribution to his own issues. The man has limited social skills and honestly, it seems like, unless Darius is there, the man doesn’t have much in the way of social skills.

It’s like, Darius is Al’s unofficial life coach and makes him feel at peace more than some dank weed. Making you wonder why doesn’t Earn bring Darius around more for these deals. Because, in my mind, while Earn has tried to prove himself, I don’t think Al and him really connect to the point he will be at his best for not just for the sake of the connection Earn is trying to make, but himself.

What A Negro Got To Dude For Some Weed?: Darius, Al

It’s robbin’ season and between Al’s usual plug of 10 years robbing him, but talking about he’ll pay him back and two other ones who wanna capture a moment on Instagram or blow up Al’s phone, the day is a wash.

The main reason I bring up the quest for weed is to prove a point. Darius put Al in awkward, possibly dangerous situations considering these people could have guns or do something stupid – like take a picture of Al, after just getting off house arrest, holding weed. Yet, he went in, was friendlier than he usually is, and didn’t seem as standoffish as usual. He even chuckled a little bit. Who is the bigger idiot: Tracy for doing gift card scams despite just getting out of jail or trusting this man with $4,000 after he has been broke as hell for a really long time? Earn. For on top of just meeting Tracy, and him seeming like Al’s friend, not Darius, that should have been a red flag there. Darius’ friends maybe weird as hell, but at least they seem to know their stuff. Al’s friends? They are like Earn. They know how to play the system, but only because they are continuously played.

Like, Tracy knows how to game the system with gift cards and knows the “No chasing” rule means he can take things for free, only because the dude seemingly has learned through trial and error. But, at this point in Earn’s life, you’d think he would be a little bit more cautious – especially with money. He could have paid off his probation, or is it parole, with that money. He could give Van some money towards their kid, if not pay her enough money to perhaps sleep on her couch, if not in her bed! Maybe even make up for that terrible date they had last season.

But, you know, while Earn has the slightest bit of business sense, common sense is not his strong suit. Neither is that the case for Tracy, who seemingly went for a legitimate marketing job, but you got to give him props for trying right? Even if he went all the way off after the guy clearly rejected him due to coming off too urban and the way his resume was.

What a waste of them waves.