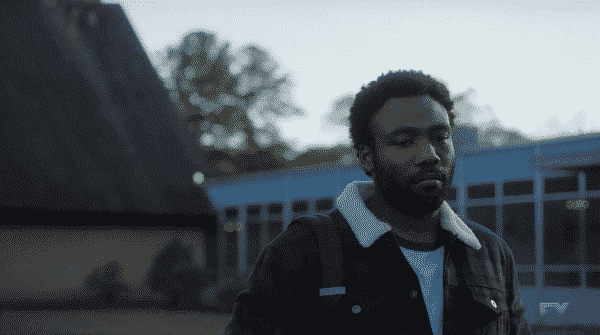 In the season finale, Earn makes the type of moves which will determine his fate with Al, his situation with Van, and will steer Lottie’s life for better or worse.

With Earn being put on notice, there is a bit of paranoia. Especially with him having to show up to a meeting with Lottie, the lawyer being Black, while Al wants a Jew, and then Al’s movers being cheap and kind of unreliable. Well, until you up the price. Thus pushing part of the reason the episode’s title is “Crabs In A Barrel” but really showing why, in some ways, no matter if you are a Lyft driver, mover, or a well-studied lawyer, being Black will be your gift and curse. Especially since, as shown through the Jewish place Darius knew, while you may have the credentials, due to things not being passed down, such as contacts, you’ll always be one step behind.

Something Atlanta has presented this season is hard truths. One of which is, how Black people sometimes take advantage of each other. Not just in terms of money, but also time. Al’s barber took up all of Al’s time and messed up his day. As noted by Darius, while it is clear Earn is learning, he is learning by trial and error. In which those errors affect Al’s income and let’s not forget, Al’s income isn’t just about him staying off the streets. It is about making sure Earn gets paid, Darius can live fairly comfortably, that Tracey can have assistance, and who knows what else.

For, big picture, Al is basically trying to make sure everyone is cool but a lot of people are seriously just there for a good time. So as much as you can feel a certain kind of way about Al not wanting a black lawyer but Jewish one, alongside flirting with the idea of Luke as his manager, can you blame him? He’s worked with Black folk for a long time and it hasn’t led to the results he wanted. There hasn’t been the kind of respect for his time, money, or even safety, that he believes he should have at this point. So, like someone dating outside their race, it isn’t personal nor prejudicial, it is just trying something different to see if it works.

Step In, Step Out, Turn Yourself About: Earn, Van

While no longer together, though with the way Van looks at Earn it seems an apology could change that, the two still have to co-parent. Which leads to it being said that Lottie, a brilliant child by her teacher’s standards, needs to go to private school. If she stays she will be stunted, and so she recommends a school for Earn and Van to send Lottie too.

Thus leading them to not only realize how weird it was for the teacher to put her own home base on blast but also you see a bit of weirdness between them. For, as noted, despite things said, there remains the type of love which goes beyond Lottie connecting them. Hence why compliments of the other being smart can be swapped and giving just enough for fans to have hope.

Let’s be real, the chances of Van and Earn getting back together aren’t too high. There is a possibility, but only because Van remains in Earn’s former position. She is without a job, spirits aren’t that high, so there is a certain amount of dependency and need for validation involved. Which, if some other dude comes along, or Van gets her independence back, then she can really move on. But, with her talking about moving in with her mom, it seems she is still in that struggle. One which, honestly, it is hard to say if Earn may ever step up and simply apologize and maybe try to make things better.

For that might be all it takes right now. Him apologizing for not being willing to put effort into stuff she enjoys. To not make it all about him and what he is doing but let her be the star, the plan maker, and share her world with him. Especially since, while Van has friends, as shown through a good portion of them, they don’t seem like the type of friends when you are really down, they are the ones you call. If you wanna go out, be fancy, maybe catch Drake, yeah. As for the day to day struggle? The best she has just might be Earn and while that clearly is a saddening realization, till she can do better she seemingly will keep in mind what she has.

Remember that gold gun? Yeah, still in circulation and as Al, Earn, Darius, as well as Clark County and Luke go in the TSA line, for a European tour together, Al realizes he has that gun on him. So, to perhaps sabotage Clark County and make Al the headliner, vs. the opener, he plants that gun in Clark’s bag. However, Luke takes the hit, and probably some charges, and gets stuck behind.

Leading you to wonder, how good are Luke’s connections to not only make it so he takes the hit but maybe gets out? Also, if Al spotted Earn do that, did anyone else? And speaking of Al, though you might think he is displeased with Earn about that, he actually isn’t. In fact, it kind of makes up his mind about Earn staying on as his manager. Him seeing Earn do what he has to do, and acknowledging he generally looks out for his cousin, it makes him feel he needs him to stick around. Plus, as noted, unlike Tracy, and arguably Darius depending how you look at it, Earn is actually trying to provide something to the business and not just take.

So for the next two months of the tour, it seems Earn can be comfortable in knowing that he maybe isn’t so replaceable after all. But, don’t get it twisted, he needs to limit them mistakes and learn a hell of a lot quicker.

Al: “You’re the only one that knows what I’m about.”

The second half of why this is named “Crabs in a barrel” is because you know Earn was trying to screw Clark County over so maybe, just maybe, Al could take that headlining spot. If not, with Clark County catching a charge, and Earn picking up a few things from watching him and Luke, start snatching up Clark’s losses and make then Al’s gains. Which is messed up but let’s not forget Earn is a hustler. He may not be a drug dealer or was that good at [tooltips keyword=’hustling miles at the airport’ content = ‘Which the show tipped to in order to show Earn’s growth’], but he is still Al’s cousin.

Like how he has probably learned from taking note of Luke’s moves, so has he probably took note of Al’s. So if he has to do something underhanded, pin a crime on someone for the betterment of his people’s, it’s only fair. After all, Al basically got someone killed protecting Earn’s reputation over a shirt. So planting a gun on a rapper? That’s reciprocity right there.

“If I see a steer smart enough in the pen, I leave the gate open.”